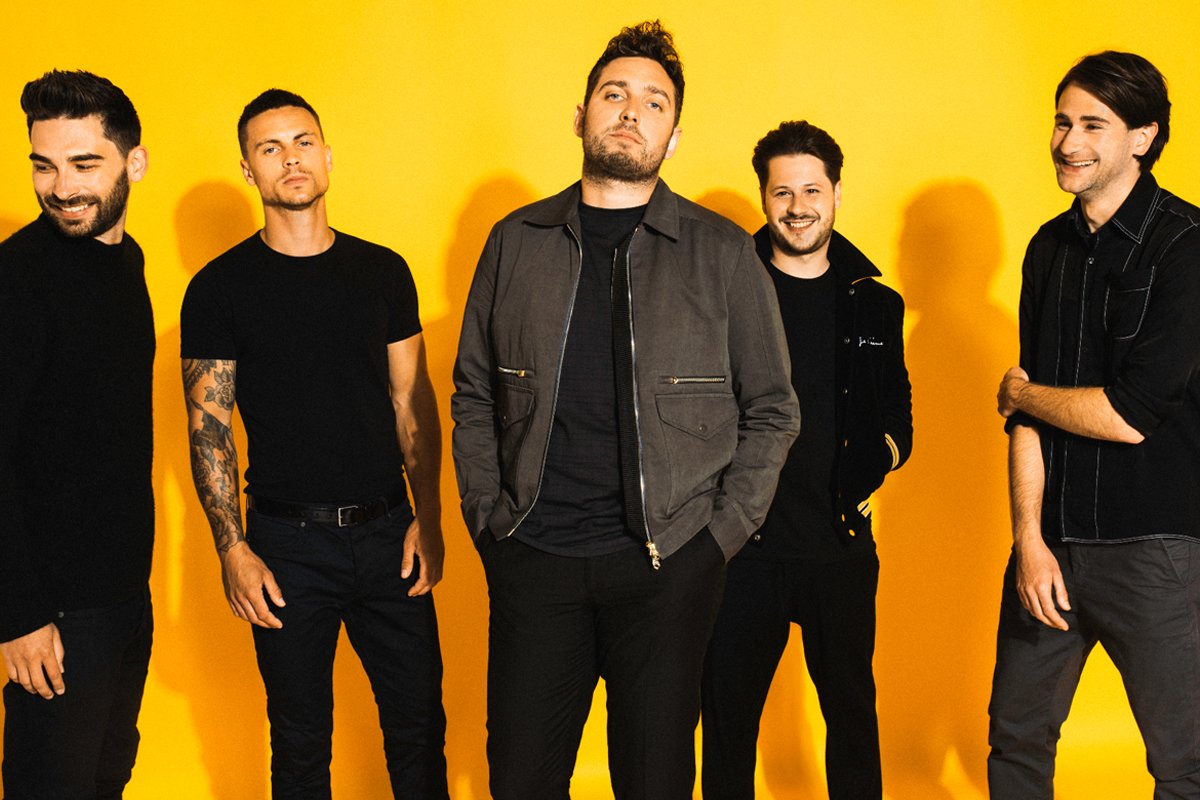 Few bands get to spring a surprise sixth album into their career. Even fewer do so in as dramatic a fashion as You Me At Six do on their simply titled new record, VI. They know what you probably think of them – “The emo pop-rockers from Surrey,” as guitarist Chris Miller puts it – and once upon a time you would have been right. But not for a long time, and certainly not on VI, a record that switches moods and styles with breathless confidence, from devastatingly defiant rock to joyously uplifting pop.

It all but drips with melodies and moods. It’s the kind of record a band makes when they are in love with all the possibilities of music. VI is not what you might expect a You Me At Six album to sound like.

You Me At Six needed something unbelievable to happen with VI, because by their own admission it didn’t happen with their last album, Night People, released in February 2017. As a band, they were too tied up with their own business affairs, they didn’t write the songs to do their talent justice, and they created an album they felt was too samey, too linear, always travelling in one direction.

They have notched up a list of considerable achievements since forming in 2004 as teenagers in Weybridge, Surrey, including four UK Gold Records, four Top 10 albums in the UK including Number 1album Cavalier Youth, three sold out arena shows, sold out UK headline arena tours, an unparalleled 15 consecutive A-List singles on BBC Radio One, multiple sold-out US headline tours and a Number 1 rock song in UK & Australia and Top 5 Rock Radio track in North America in ‘Room To Breathe’.

You Me at Six are about to change the way you think about them. Be excited. Rachel Ducker catches up with guitarist, Max Heyler, about their new album and upcoming tour… 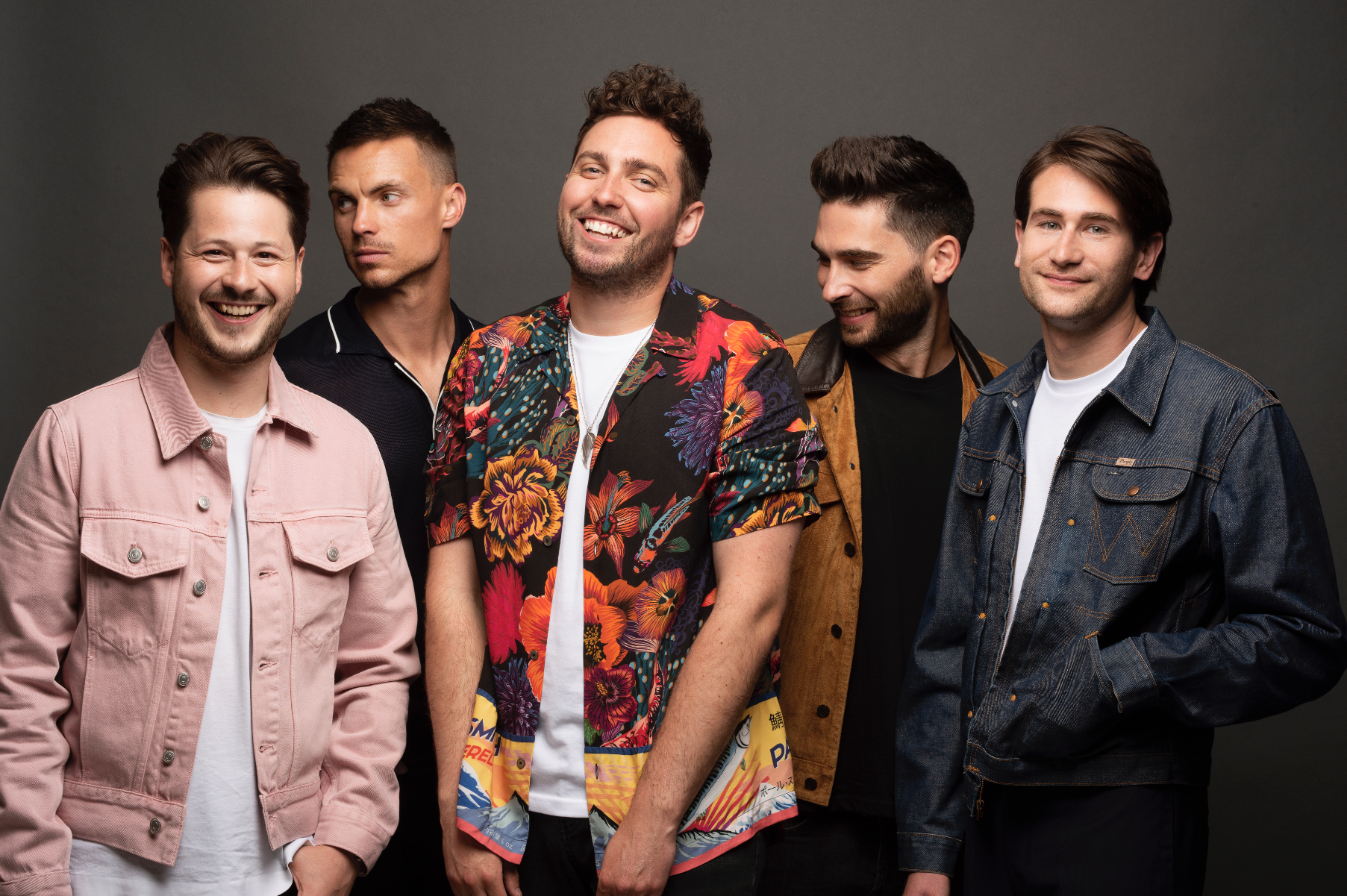 I’m good thanks, how are you doing today?

R: Yeah, really good! Thanks for taking the time to speak to me.

No worries, anytime, thanks for chatting.

R: So, I will fire straight into the questions…

R: How did you first get into playing the guitar?

When my sister and I were growing up, she started learned how to play the piano. The sound always intrigued me, it’s quite an enchanting thing to watch.

I remember wanting to learn an instrument, but I didn’t know what.

When I was in primary school, a musician came in one day and showed us a few instruments, I remember seeing the guitar; it was also around about the time I started to listen to rock music, so I knew that was the one for me.

My parents didn’t want it to be a short-lived hobby; I had to wait for quite a while to get a guitar, which was about four years.

Yeah, so it was quite a long time. I think the wait made me more hungry to learn how to play it.

How did you form the band?

I used to play in a band with Josh before You Me at Six, which stopped.

So after that Josh and I enjoyed hanging out with each other making music and we wanted to start another band. Josh knew Matt, so it was the three of us who started the band, then Chris joined, he only lived a door or two down away from Matt’s parents’ house. Then we all went to Music College, and that’s when we met Dan who is our drummer now.

R: Where does the name ‘You Me at Six’ come from?

We were booking gigs and didn’t have a name so it was a common term we used every Friday night for meeting up, “You Me at Six”? So we put that down as an option just so we had a band name and we never changed it.

R: Before you were in the band you used to have your own clothing shop can tell us more about this?

It wasn’t before the band, I started it with a friend outside of music, and he was actually our first merch guy. I am really into fashion; I like clothes; I am constantly sourcing designers and that was the whole process behind starting up clothing shop ourselves.

R: What do you do in your downtime?

I try to find ways of being creative but also find inspiration from going out in London town or taking walks or going to art museums. I like to switch off; it really helps that creative process.

R: I guess that’s important when your schedule must be so busy?

R: What advice would you give to those learning the guitar?

I think we always strive to become better and learn more. Being patient with yourself is important as is creating a set routine time to practice.

R: Can you tell us more about the new album, your sixth album? I have had a little listen and I have to say I’ve really enjoyed it, there’s lots of energy. Did you enjoy creating it?

Yeah, we were just trying to push ourselves. I think when you challenge yourself it also challenges your fans about what they are listening to. For myself, I don’t listen to the same music all the time, that affects the way I write music and my outlook on things. We have tried to be more experimental with this album and make our music more interesting.

It’s hard, as it’s a volume of work. As a musician, you don’t really want to choose a favourite, as they are all equally important, like you were saying “Back Again” was quite a different way of writing music.

I wrote that with a guy called Joel Pott who used to play in Athlete; it was a different experience to write a song with a songwriter; it captured a certain energy and emotion on the day.

That song sums up that day, I think Josh’s voice is always the thing that will glue You Me at Six together as it’s quite an identifiable voice.

We can be more creative because of that. It was meant to be like a Friday night feeling song.

I wanted something you could dance to, I think music is meant to make you happy and sad and I was in a great place and I think it reflects it in the song.

R: It comes through; I have to confess I had a little bob up and down to it in the car… I am a right geek!

It still makes me do that as well! The most humbling thing about that song is that it differs from what we’ve done, if it makes you bob your head or dance, that’s the most important thing.

We are always trying to push and strive to become better.

Your UK tour stops by us in Norwich on 8th December, can you tell us more about that?

Well, yeah I can, that show in Norwich will celebrate the 10-year anniversary of our album ‘Take Off Your Colours”.

The reason we are doing it is that we wanted to give something back to the fans, for us, we didn’t know if we should do it or not, but we wouldn’t be where we are today without our fans.

So this is to say thank you. We will play that album from start to finish, along with other songs mixed in. It reminds people of where they were at that time in their life.

Yeah, really nostalgic, I try to find a way of not saying nostalgic!

There is nothing wrong with that – that could be for good or bad times, but that’s music at the end of the day and I get that from other artists myself.

What has been your biggest career highlight to date? You’ve been around for ten years and there must have been a few but is there one particular one?

We’ve been all over the world and headlined at festivals, but for me, it was to have a number one album on our fourth record ‘Cavalier Youth’ because when you make music, you don’t expect it to be a career, so to get a number one record it was great.

In all honesty, I don’t think You Me at Six will get another number one record because of the way music is now analysed and used by streaming platforms.

For myself it would be that we achieved a number one album in our musical career. 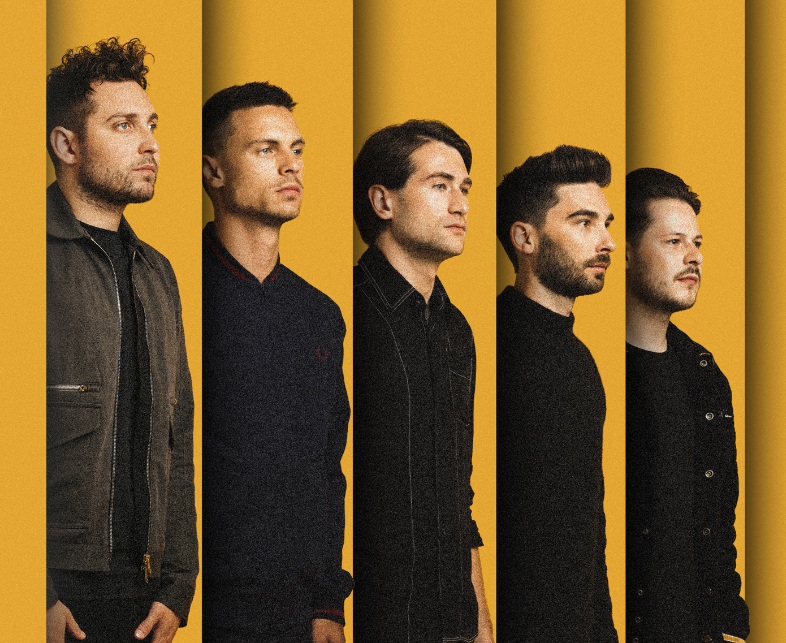 But I would say, never say never!

Can you give us any exclusives about what you guys will be up to in 2019?

Well, I can’t give you exclusives, but what I can say is that you can probably expect a lot more from You Me at Six, we be playing more live shows and festivals.

Like you say, never say never as you never know what’s will come out of You Me at Six right now!

Well, thanks for your time today Max it was a pleasure to speak to you. Wishing you all the best!

The new album is out now!