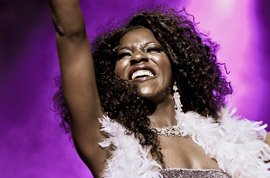 Win tickets to the Magic of Motown

Music fans are invited to join the party as hit touring concert show the Magic of Motown celebrates its 10th birthday with a tour of the UK and Ireland.

Set to thrill its millionth music fan this year, the production’s 2016 show honours the 50th anniversary of the Four Tops’ chart-topping single Reach Out, I’ll Be There with its all-new REACH OUT® Tour.  And we have a pair of tickets to see the show to give away. Simply answer the question at the foot of this article and send in to win!

The Magic of Motown promises five-star performances that will authentically revive the style and sophistication of everyone’s favourite musical legends.

This year the show will include more number one hits than ever before. Classic hits from the Temptations, Four Tops, Jackson 5, Stevie Wonder, Marvin Gaye, Lionel Richie and

The Supremes are packed into the two-hour spectacular.

Question – In which American city was the Motown label based?

You should email your answer to hello@bouncemagazine.co.uk before 31-05-16, making sure that you state your full name and address in the email. Good luck!