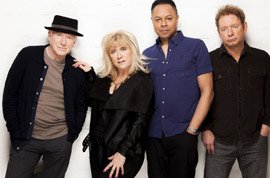 Win tickets to see Boogie Night 5 at The Apex

Boogie Night is back, with four acts – Black Box, Shakatak, Angie Brown and Natasha Watts – and a careful mix of soul, funk, jazz-funk and a touch of disco hip-hop…

Black Box is one of the leading exponents of a wave of Italian House music that flourished on the dancefloors of the late 80s and early 90s.

Shakatak are known primarily as serious jazz/funk musicians, enjoying both high cult status and instant recognition as a household name due to their numerous hit recordings.

You should email your answer to

hello@bouncemagazine.co.uk before 01-02-16, making sure that you state your full name / address and date of birth in the email.