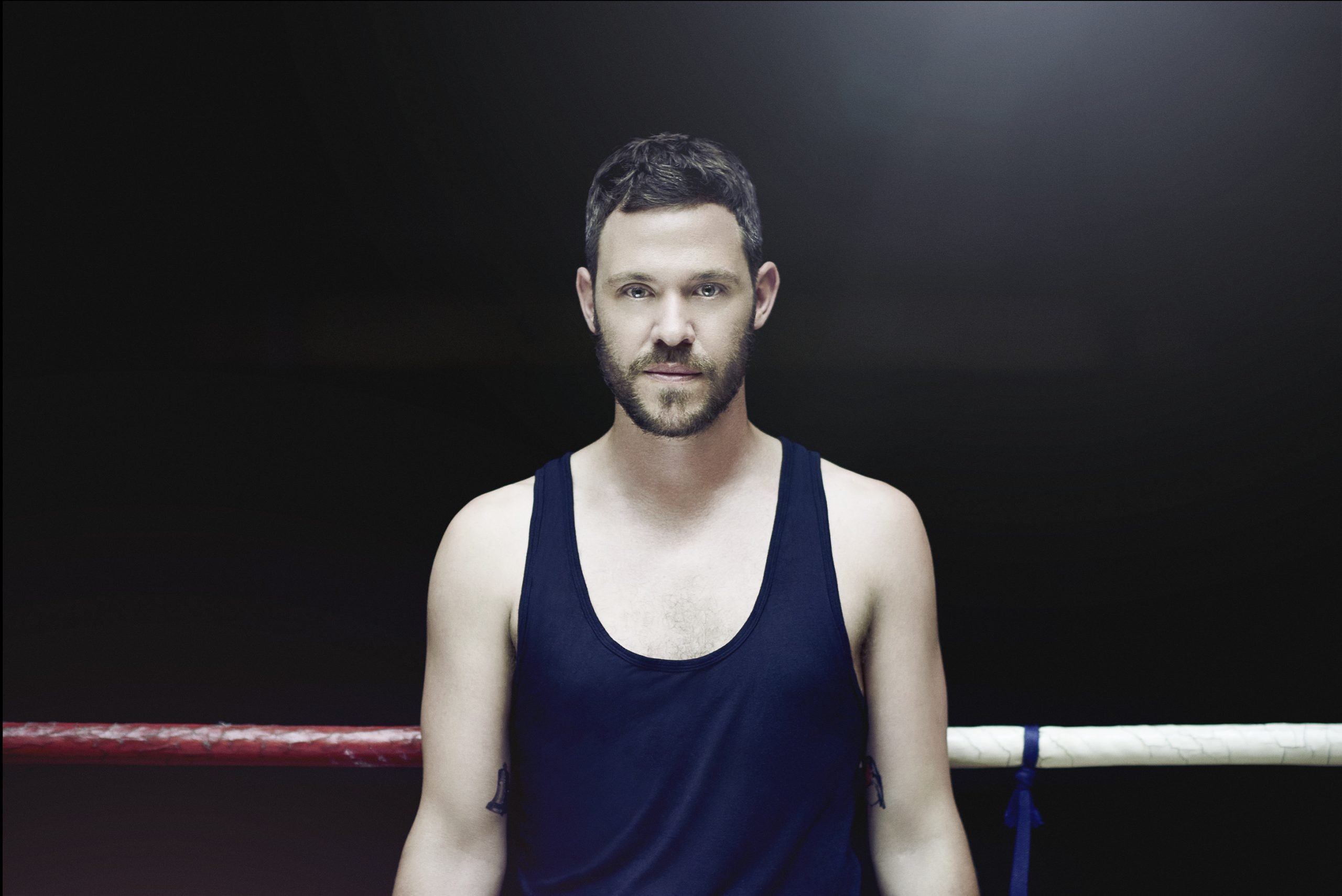 After an afternoon of racing, Will Young is set to headline at this years Newmarket Nights on Friday 24th June 2016. The date will also mark the beginning of celebrations for Newmarket Racecourses in their landmark 350th year as The Home of Horseracing.

Will Young’s debut single ‘Evergreen/Anything Is Possible’ is included in the bestselling singles of all time in the UK, having sold over 1.7million copies alone. His 6th studio album ‘85% Proof’ arrived at the top of the charts in 2015 (making this fourth No.1 album), and represents his most accomplished work to date, cementing Will’s status as both a national icon and artistic powerhouse. Bounce Editor Rachel Ducker, caught up personally with Will for an exclusive interview.

My gosh, I guess in terms of the first person, I definitely have a sense of pride in that as I feel like myself and the contestants were an integral part of Pop Idol, and then in terms of winning the show, doing the show, being on it I loved it, every minute.

Q: What was your best experience about the show?

Q: How did this differ to ‘World Idol’ as this must have been on a much larger scale?

Oh World Idol was s**t! It was one of my only regrets, it was the worst thing I’ve ever done.

Well at least you are honest about it…

I was honest on the night! I kept on pretending to fall asleep… it was so awful!

Q: Previous to this you did try out for another boy band audition though? What happened?

Yeah at the time it was very exciting, I mean it didn’t last very long, it was all a bit crap actually, they promised things that didn’t actually happen.

Q: Was this the first time you met Simon Cowell?

Yeah, yeah terrific to meet him!

Q: You became quite well known to the public after you stood up for yourself and the other contestants to Simon Cowell during Pop Idol.

That must have taken some guts!

Um yeah, I’ve been raised to stand up to bullies, that’s really from my parents, and actually weirdly looking at my family, especially my dads side, my great, great grandfathers and their sons freed slaves and did a lot for the good of people so I think its in my DNA really? 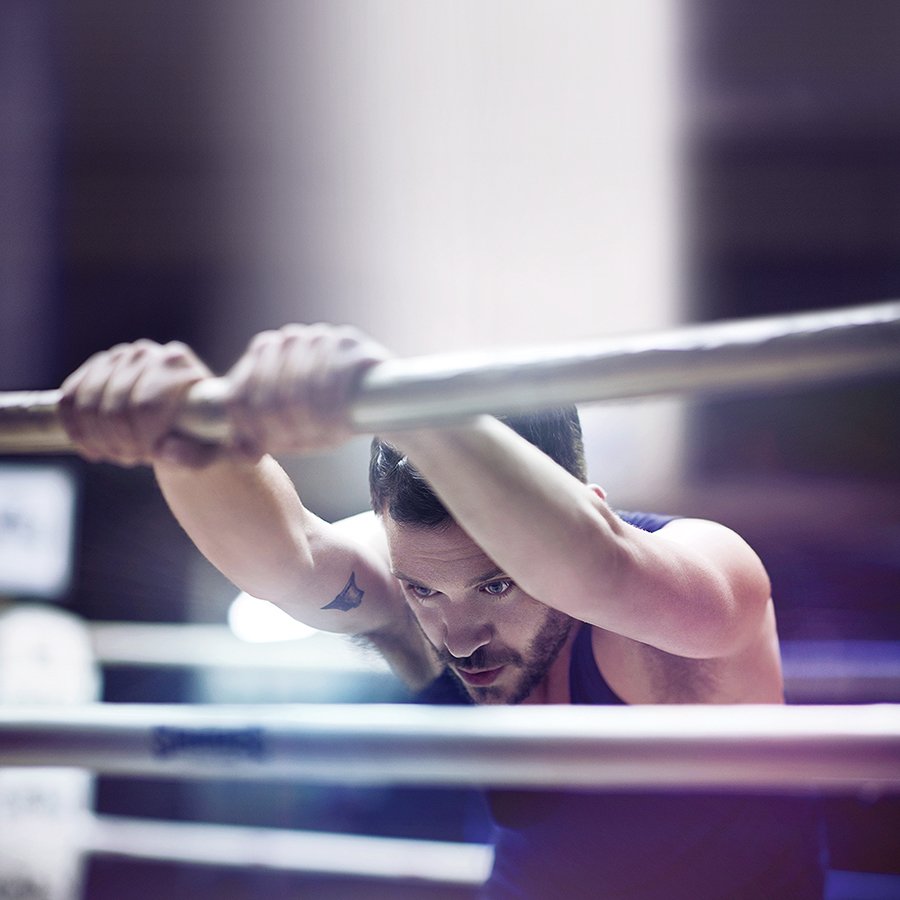 Q: But you did it in such a polite way?

Well, I just think you can fight rudeness with rudeness and I’m talking generally, as I don’t like honing in on that one event, it was so long ago. I try to be as polite as possible, whilst being as firm as possible. Being polite doesn’t mean that you’re a push over, like sometimes people might come up to me and I might be in the middle of lunch or something and I will just be very polite but very firm.

Q: You participate in a lot of work for various charities. What has inspired you to help the charities and what are they?

Well, Women’s Aid came about as I did one of my dissertations on Domestic Violence. Mencap, as I wanted to do something for young people and I think education is so important, so helping young people with learning difficulties seemed the right fit. Catch 22 is a young charity helping disadvantaged kids and there is also the Dog Foundation, which is the second biggest dog charity in the world now, based in Thailand.

Q: One of your releases  ‘What the world needs now’ was to help raise awareness of our declining wildlife population, which I think is brilliant how did this come about?

WWF came to me and asked if I wanted to do it, it only took two days of my time and of course I was going to do it.

Q: Do you feel you can make more of a difference by using your profile?

Q: How would you deal with any negative comments towards you?

I don’t find it hard, for several reasons. I think everyone’s entitled to their own opinions, however if someone wants to give them its up to them. If someone wants to generate debate, I think that’s a great thing, and I also will react to how the opinion is given, so if it is given in an adult and appropriate way, then great, I am happy to talk to anyone, but if it is in a threatening way, then I am just not interested my life is too short you know.

Q: Your tour kicks off pretty soon and your stopping at Newmarket this year, have you ever been to Newmarket Races?

Yeah, I’ve done it before! I’m not great at choosing winners, it’s a complete fluke, but I always get a place at least, so I am definitely going to be placing a bet.

Q: What can we expect on the night from you?

Oh gosh, I’m so excited, it’s a completely different night to the tour, which is terrifying my tour manager, there’s quite a few outfits, its going to be a really, really fun show and its going to go quite disco as the lights go down. I have just chosen all my outfits, which are a mixture of charity shop buys and then designer buys, but all I’m going to say is that I am customizing a vehicle for the occasion!

Q: So I have a few readers’ questions for you if that’s ok Will. All of your music videos are different, what was your favourite one to film and why?

I loved working with my friend on ‘All time love’, ‘Let it go’, ‘Like a river’ and ‘Brave man’ – we come from a very similar place artistically, we like to do stuff that actually tells something about the world, I am always very proud of that, but I think maybe its sometimes to my detriment and maybe I should do more of a fluffy video!

Q: After appearing on ‘Celebrity Bake Off’, what was your favourite bake and why? Is it true you almost poisoned Mary Berry?

That is true, but they cut that from the show! Um, the Tomato Soup Cup Cakes I think its an untapped market, I don’t think I’ve got the bake quite right but I think when I do I could be the new Delia Smith.

Q: I hear you were keen on sports before you got into music and wanted to feature in the Olympics? How did you get on with the Sports Relief synchronized swimming?

Yes… I am one of those people who still believes if I train hard enough I could be in the Olypmics one day, ha ha, so funny! The syncronized swimming was absolutely brilliant and one of the highlights of my life. To learn a sport like that, its just amazing.  I love swimming, I love dancing and I love doing things in teams, so to be a part of a team is brilliant. It’s very relaxing but at the same time as being very taxing, its like pilates in water! 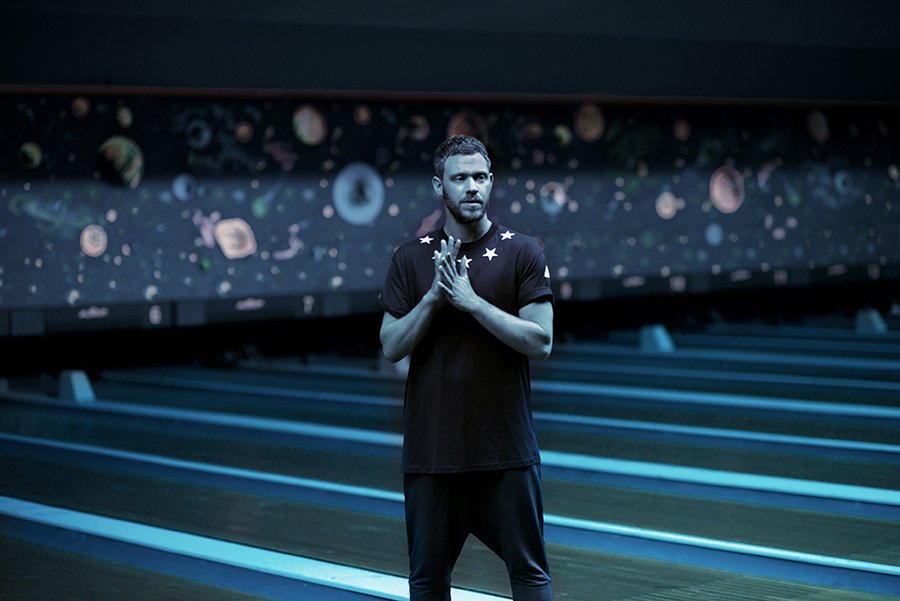 Q: If you could hear one song for the rest of your life, which one out of these two would it be Gareth Gates ‘unchained melody’ or Gareth Gates ‘Spirit in the sky’?

Q:  You presented ‘Perspectives: Rene Magritte. What is your favourite piece of art in the world and why?

My favourite isn’t actually a Magritte painting, its Frescoes of the Good and Bad Government by Ambrogio Lorenzetti, which I studied at university and its in Sienna. I went to see it and it just blew my mind, I mean if only I knew more about art, it depicts democracy and done in the 1600’s is just mind blowing. I think every Politian should see it, oh its just beautiful!

Q: Lastly, I have recently partnered with a brilliant artisan coffee company, called Paddy & Scotts, the team would  love to know if you like coffee, if so how do you like it?

I’m drinking one at the moment! Uh, I think I prefer the milk rather than the coffee itself, the best coffee I ever had was in Zanzibar, just rich and uh, just amazing. To be honest it’s all about the cigarette with the coffee for me!

Its great you are so honest WIll!

We don’t have to live in fear, and in the pop industry people are very scared. I think its very important to know ourselves and I think when we know ourselves we’re not so scared about how we are perceived as it doesn’t really matter.

Will you come to the gig at Newmarket?

I hope to, looking forward to it Will thanks for your time and good luck with the tour.

GET TICKETS TO SEE WILL YOUNG AT NEWMARKET NIGHTS AT