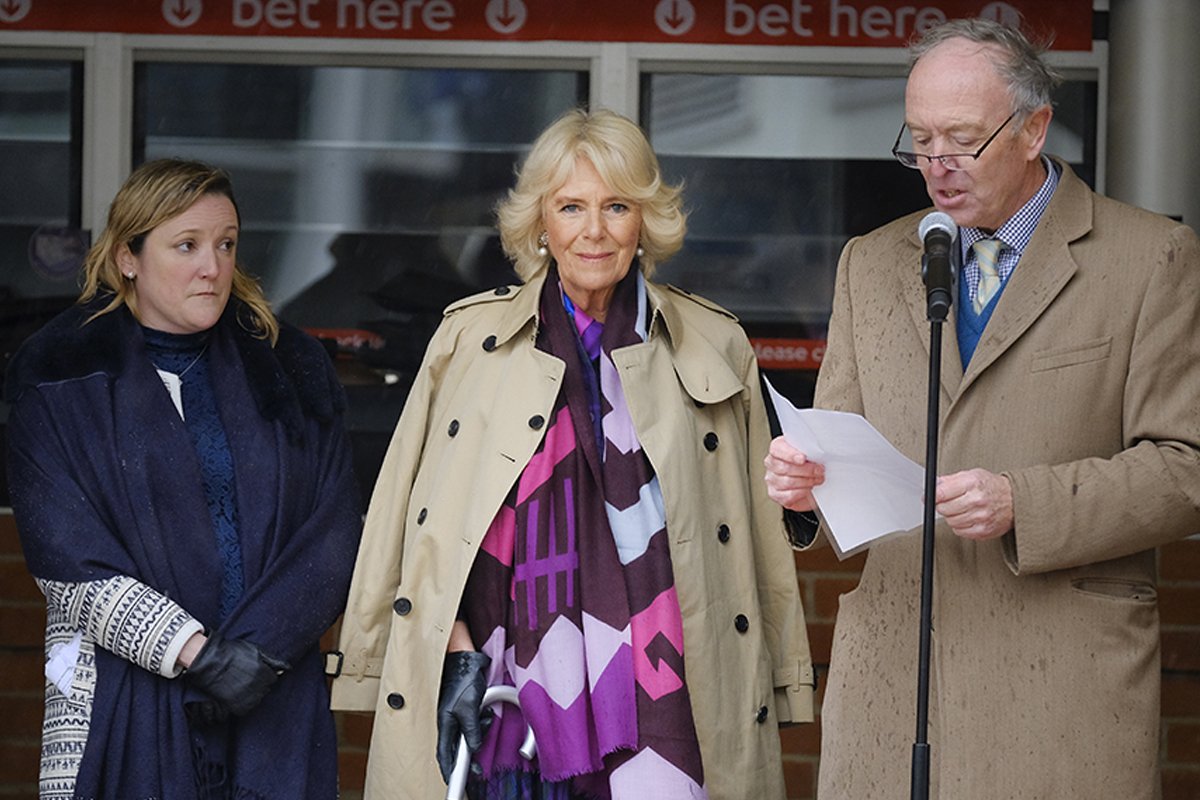 Newmarket Racecourses were delighted to welcome Her Royal Highness The Duchess Of Cornwall to the Rowley Mile Racecourse on 22nd March, as part of an official visit to Newmarket, to formally unveil a specially commissioned statue of King Charles II.

The town of Newmarket celebrated a landmark anniversary of 350 years of the Home of Horseracing throughout 2016 and is lucky enough to boast a rich history and heritage, much of which includes key influences from the Royal Family over the years, especially during the reign of King Charles II.

Known as a keen horseman, King Charles II was pivotal to the establishment and evolution of Newmarket as the Home of Horseracing, and this specially commissioned statue was created to mark and honour his contribution to the Sport of Kings.

200 guests, from the local community and racing fraternity, witnessed Her Royal Highness unveiling the King Charles II statue, with the ceremony also including two Mounted Dutymen from the Household Cavalry, as well as a fanfare from two trumpeters of the Regiment.  Their presence was again to honour King Charles II, who actually founded the Household Cavalry in 1660.

Sheikh Fahad through QIPCO, and its subsidiary Qatar Racing, is a major owner, breeder and investor in British Racing.

More information is available at www.thejockeyclub.co.uk.