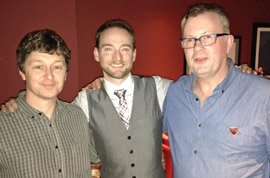 Two local songwriters recently had their songs performed in a fundraising showcase in London by a host of West End stars.

Ian Cook and Ian Newton, both members of the Beccles based Waveney Light Opera Group, were the writers of a musical comedy entitled “The Reunion” which the group performed in 2013. The show was a great success and went on to win a national award, the NODA President’s Cup. 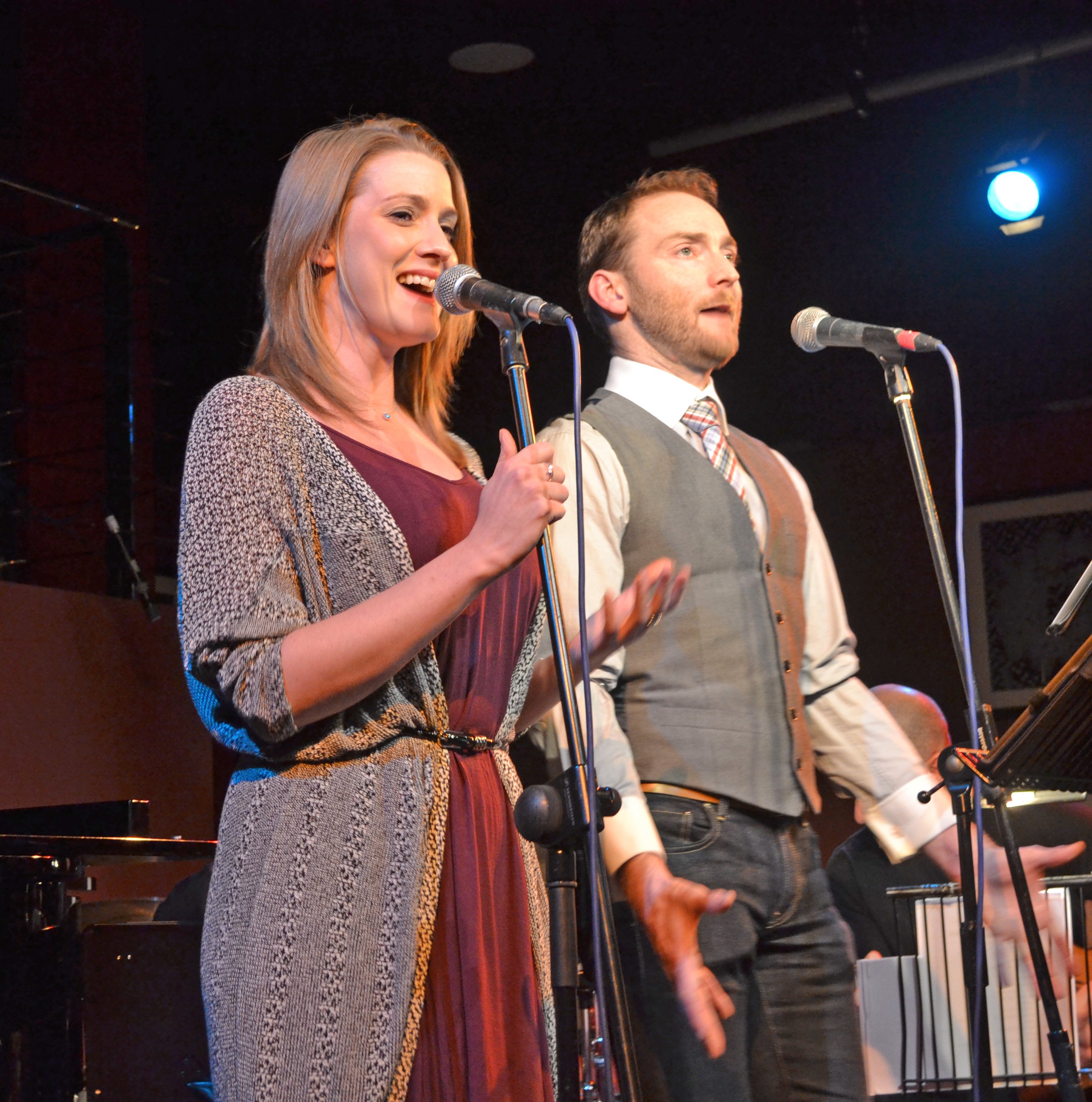 Subsequently the show was licensed by NODA and has been performed by various amateur groups in England, Scotland and Wales, with a performance by New Taverham players in Norfolk coming up in May. One of the songs from the show was chosen to be performed in “Snappy Title – Making History”, a show organised by the New Musicals Network.

The show took place at the Pheasantry in the King’s Road and featured performers and musicians from the West End.

The two Ian’s song was performed by Martin Neely and Alice Fearn both of whom have starred in major West End shows including Les Miserable and Phantom of the Opera.

The two Ian’s have just completed work on a new musical comedy entitled The Best Man, which WLOG will be performing April 26th – 30th at Beccles Public Hall.

Tickets are available from www.becclespublichall.org.uk or for more info go to www.thebestmanmusical.co.uk