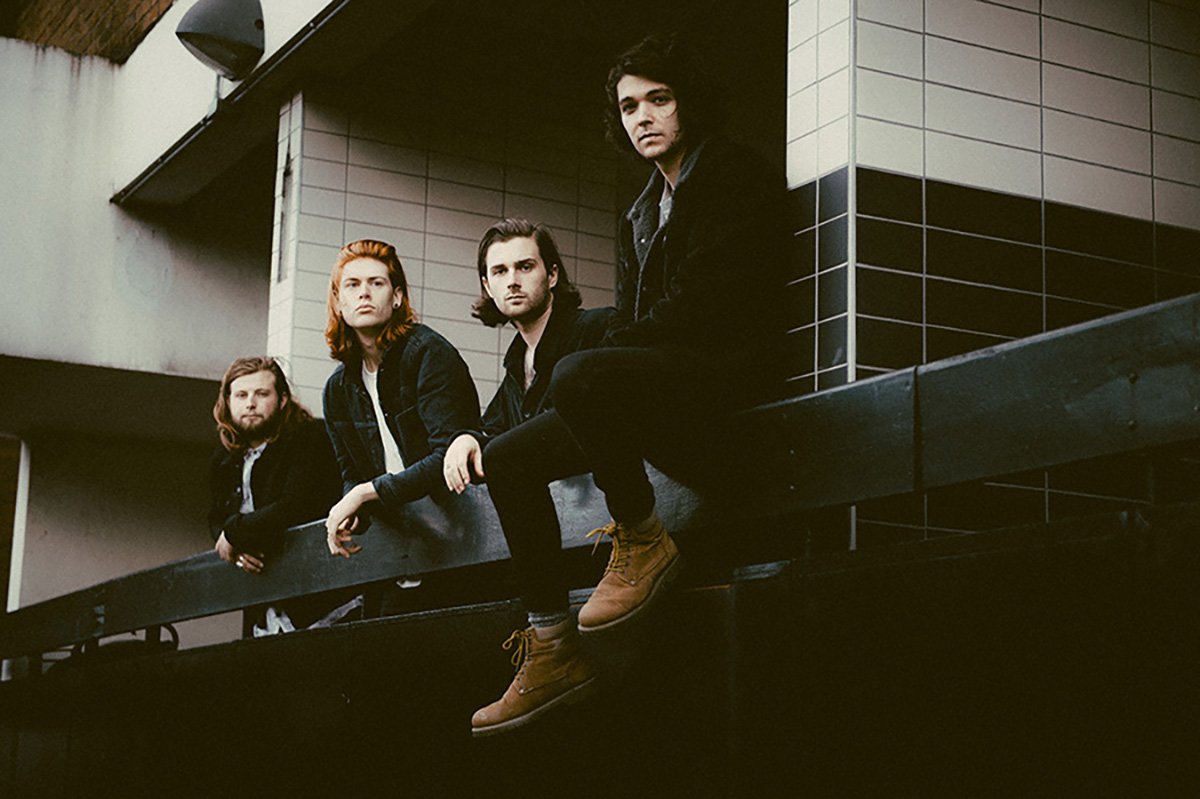 The Amazons – Interview with Matt Thompson

The Amazons are tipped to be one of 2017’s biggest breakthrough rock acts and have been listed on nearly every ‘artists to watch’ lists for 2017… it’s no surprise as they have been independently building their sound for years.

The release of their eagerly anticipated self-titled debut album, is out May 26th on Fiction Records. Lead singer, Matt Thomson’s knack for introspective lyricism shines through in an emotive vocal delivery, completed by guitarist Chris Alderton, coy bassist Elliot Briggs and powerhouse drummer Joe Emmett. The Amazon’s crushing contemporary rock is one to blow out your speakers to.

R: How did you form as a band and when?

That’s a good question. September 2014 was the official time that The Amazons started. Myself, Chris our guitarist and Elliot our bassist, had been navigating around a fairly desolate, baron landscape in the Reading scene for a couple of years, after being in various bands and never really getting anywhere. We picked up management in a previous band, but it didn’t work out for whatever reason… maybe because we were a little bit too young to know which direction we wanted to go in.

We lost our drummer from that project – project sounds terrible! I mean we had a band!… So, we were looking for a drummer, we auditioned anyone and everyone in our path, and in the meantime worked on acoustic gigs. By this point we’d finished school and wanted to have a crack at doing music. We didn’t go to uni, we just got jobs at supermarkets, me and Elliot our bassist were working at Waitrose, and we stumbled across Joe and it turned out to be pretty good. We then settled on the band name The Amazons and finally it just felt like something fit with The Amazons.

What made you settle on the name The Amazons?

There’s a book by Arthur Ransome called ‘Swallows and Amazons’, it was a movie set in the Lake District in the 1920s – it’s the most inoffensive, bordering on dull, super not rock n roll book. I read it a few years ago; it was on my bookshelf and I thought, is there a band called The Amazons? It sounded obvious that there would have been though when I Googled it there was nothing.

It’s a hard job isn’t it to pick a name that will stick with you forever?

Ah it’s the worst, like song titles, album names, everything!

How difficult has it been to make an impact on the music scene?

Through a lot of failed attempts in previous bands, we kind of settled on an ethos of doing as much as possible on our own. We are in an Internet age, we are an Internet generation, I don’t really remember a huge amount before dial up connections. We know what we are about and very early on we wanted it to be a really natural thing, so we set up a core fan base in our hometown.

This is why we didn’t move to Manchester or London and become just “another” band. We’d do things like go to WH Smith and buy a lot of cheap CDs, then burn our self produced demos on them and instead of selling them, we handed them out to anyone who came to our shows. It’s funny as now people still come to our shows who have those original CDs. We were in the mindset of ‘the right people will come to us at the right time’, we will just do our thing, create our own world, write our own story, we’ll paint our own picture, we’ll carve our own path and that’s exactly what happened. We ended up with really passionate people who we love working with. I think that’s the best advice I could give anyone, the right people will find you, set the tone, you don’t need people pulling you along, you need to be leading them. 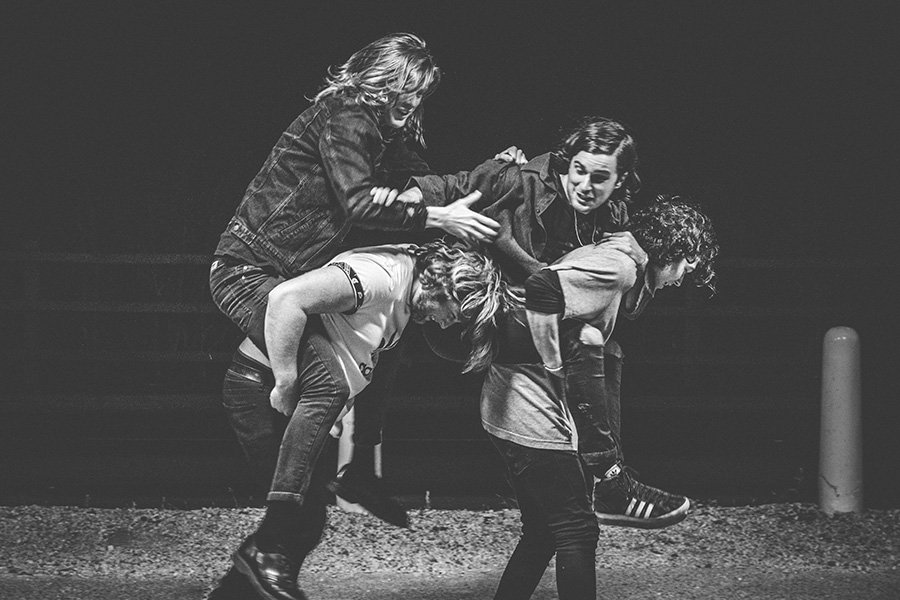 I heard you played around 75 gigs alone last year, does it ever get tiring?

Yeah it does. Its quite a tiring process, but we know what life is without being in the band, you never really take it forgranted when your on tour, but its tough, but its what we’re passionate about and we’re lucky enough to have that. Even when we played to 20 people in the early days, it wasn’t like ‘oh no’ – it was like; ‘ah at least we get to do a gig’. We have a love of the process rather than a love of the perceived end game and the success. Being famous is a bi-product of the music. If we were obsessed with success and fame, we wouldn’t have lasted two years under the

radar before anyone really picked us up and started talking about us, I wouldn’t be talking to you now. The amount of times we played to no one in unknown places… it can be sole destroying but what keeps you going is your passion for music.

What was your favourite gig so far? Have you ever had a time standing on the stage and thinking, we’ve made it!

Ha ha… umm that is yet to happen! It will happen soon. I think when we play our hometown in Reading it has a certain energy and vibe, I think people are excited to see us come from Reading. We actually blew out the PA during our last visit, which was great, it was fun and in the moment.

I’ve looked at your dates – your playing quite a lot of places in a short space of time, looking at your list, I’m thinking how do you get from Sweden to Norway to Germany in a couple of days, it must be intense?

Ha ha… umm that is yet to happen! It will happen soon. I think when we play our hometown in Reading it has a certain energy and vibe, I think people are excited to see us come from Reading. We actually blew out the PA during our last visit, which was great, it was fun and in the moment. 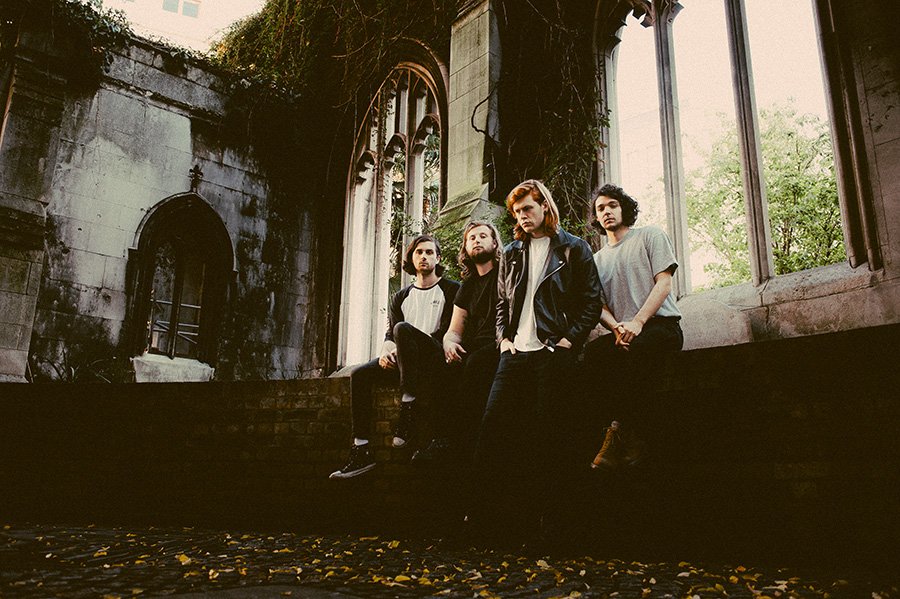 There has been such a massive buzz around you guys… you were included in the BBCs “sound of 2017” and MTV’s “Brand New 2017” lists how did that feel?

We feel grateful in a way that we are flying the flag for the wave of rock bands. There is a huge array of talent in the scene at the moment. Its good for the genre!

Your debut album is out on 26th May, what can we expect?

The response has been amazing so far and we actually brought the release date forward. I think if you’ve listened to ‘In My Mind’ ‘Black Magic’…

Aw thank you very much. On the new album there’s a display of the more heavier and raw sides, but I think we’ve got some other faces to show. There are a few more intimate and quieter moments that people might not expect.

Well I for one am very excited to hear it, I think if people haven’t yet heard of The Amazons then they are about to…

Thank you so much.

Thanks for talking the time to talk to me today Matt.

Thanks very much for talking to me too Rachel, it was a good interview.

Good luck with the tour and the new album!

The album is now available to pre-order from http://po.st/TAABPLF or directly from iTunes, Amazon and Google Play.

A pre-save for Spotify is also available at http://po.st/TAABPSPS.