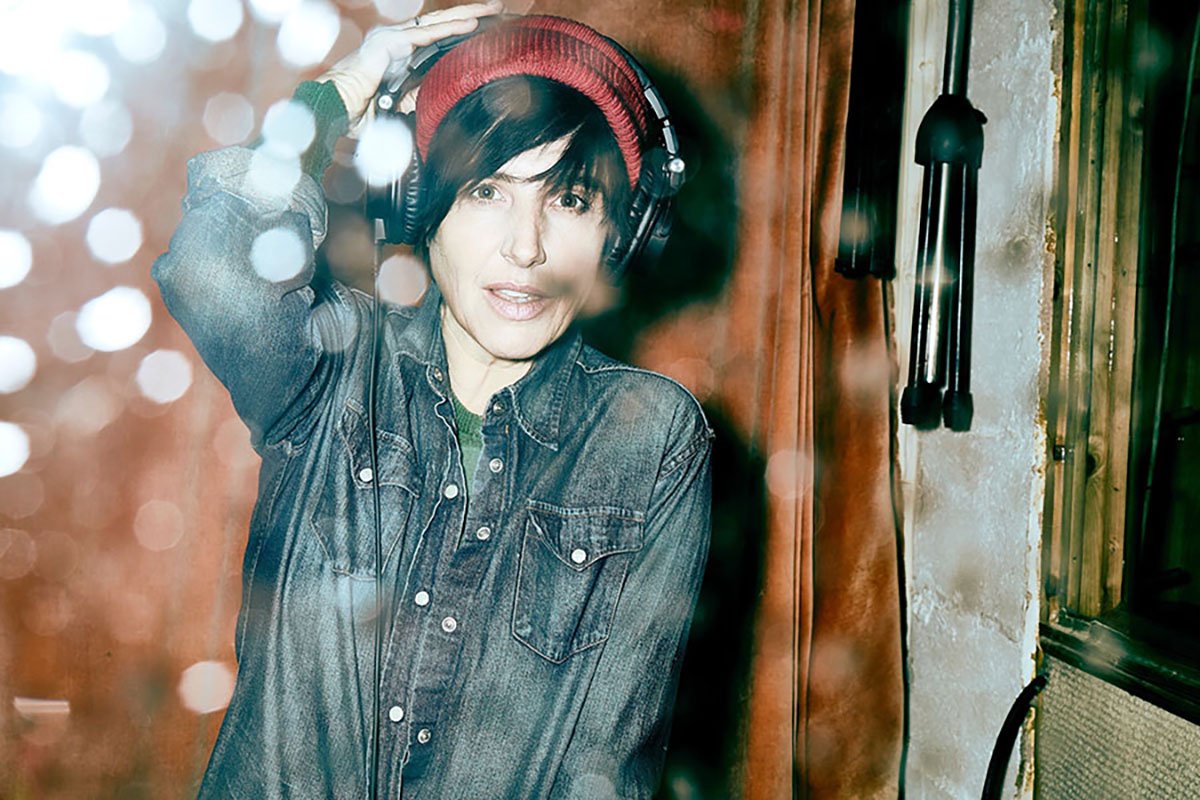 Texas perform in Suffolk this summer…

Fronted by Sharleen Spiteri, TEXAS are one of Britain’s best-loved bands. Rachel Ducker speaks to Sharleen exclusively for Bounce Magazine…

The Jockey Club Live and Newmarket Racecourses are pleased to reveal the final artist for the 2017 Newmarket Nights season. Completing the line-up, TEXAS will be headlining on 28th July.

Fronted by Sharleen Spiteri, TEXAS are one of Britain’s best-loved bands. Over their 30 years, they have sold 35 million records, had 3 number one albums, 7 top ten albums and 13 top ten singles including hits ‘Say What You Want’, ‘Black Eyed Boy’, ‘Summer Son’ and ‘Inner Smile’. Recently releasing their 9th studio album ‘Jump On Board’, the album saw the band catapulted back into the top 10 once again.

Rachel Ducker caught up with Sharleen, to find out about more about the band and their upcoming performance.

Its weird because I didn’t really get into it, I wasn’t on the music scene at all, but I’d always sung and played guitar as a kid. I never at any point thought, I am going to be a musician.

It all started when a friend of mine, who used to play five-aside football with the guys that I shared a flat with, said to me “Sharleen, I know you can sing and this guy wants me to ask you if you want to form a band?”

I never turned up as I was working as a hair dresser at that point and I was a bit like ‘whatever’ as I thought it was a wind up, but then I got this phone call and he said, “no, no, this is serious”.

So I turned up and met Johnny, who is our bass player and my song writing partner in Texas, and I was like oh my god I know you, and he was a bit embarrassed and shy and he said “my current band have actually split up are you up for doing some writing together”? So I was like “yeah lets do it”! That was basically how Texas was formed. 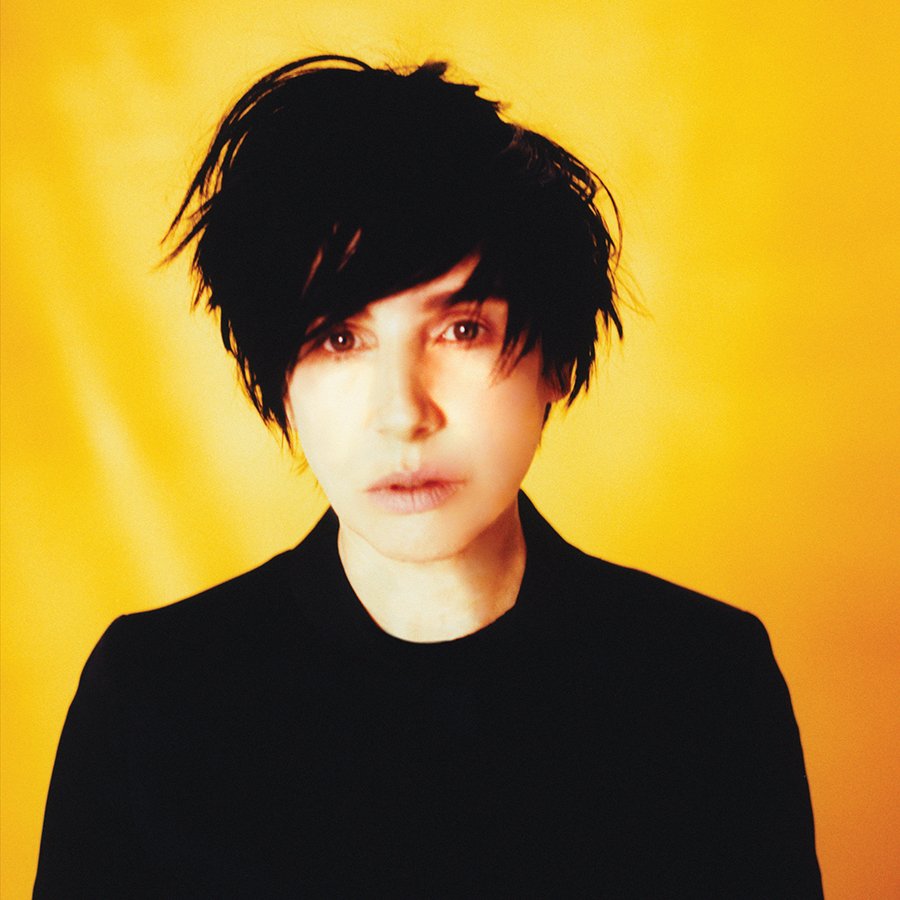 That was going to be my next question actually, so you’ve answered that, where did you get the inspiration for the band name?

We took it from the Wim Wenders movie ‘Paris, Texas’. When Johnny and I met, it wasn’t like we grew up together or went to school together. I was 17 years old, just about to turn 18, Johnny was a couple of years older than me, and when we started writing we were sitting in a room together and we got into a discussion about ‘Paris, Texas’ the

movie, we both said how much we loved it. The soundtrack for this became the inspiration for the first song we wrote together ‘I Don’t Want a Lover’.

We wrote ‘I Don’t Want a Lover’ and after that we were like ‘yeah we should call ourselves Texas’.

It was one of those things where you know when you think you’re really smart when you’re young and you kinda go “oh yeah that would be hysterical, we’re Scottish and we’re from Glasgow and Texas is like this big wide open space with wide open sounds” and we were kinda thinking that summed it up. Little did we know eventually that when the band did take off we would go to America and people were like “so you’re a country band?” and we were like “f*ck, no we are not!”

You mentioned you were hairdresser before you formed Texas, was it a tough decision to leave a career behind to become a full time musician?

No, I was 17, so I thought the world was my oyster. I remember going to my boss, after we had just been signed and had our demo tapes.

I kept it a big secret for about a year, so after work at night I would go and do Texas stuff. I said my boss, “look I’m leaving, I am going to go and be in a band” and she said “how exciting” and I played the music to her and they were really supportive. She said if it ever doesn’t work out you’re job is always here for you, 30 years later, I’ve still not taken it back.

Who were your music influences growing up?

The Clash, Eco and the Bunnymen, The Beatles, The Stones, Marvin Gaye, Al Green, Diana Ross… all that kind of stuff.

In 1997 you’re well know hit ‘Say what you want’ (which was actually one of the first singles I bought as a youngster) was a success, at the time how did that feel?

Its funny as there is almost periods to Texas. When we had our first success it was 1989 with ‘I Don’t Want a Lover’ and then we were sort of swept under the carpet in the UK, but luckily enough, we were very, very successful in Europe so that allowed us to continue making records, as we were shifting s*it loads of records in Europe.

Then we were like “f*ck it we are relevant, we want to make records in the UK and we want to be a success here”. We knuckled down and made ‘White On Blonde’ and we came back with ‘Say What You Want.’ The UK record company were like “f*cking hell where did they come from?” and it felt greatly satisfying!.

Things changed in your life in 2002 when you gave birth to your daughter Misty, but it didn’t stop you from working on your next album, was it hard to balance motherhood and still pursue your career?

No, because the reality is, that I can pick and choose when I want to go to work and if I want to take my kid with me to work, she goes with me.

So I had my baby and I would go to the studio and I was still breast feeding and everything and I’d have her buggy or chair. In the studio there lots of quiet rooms and she grew up around it.

She adapted to my lifestyle and my job, but I wasn’t in a job where I had to do a certain amount of hours, for me, I was very, very luckily. At the point she got older and I needed help I was able to hire a nanny, which hysterically is the thing that I said I would never do! Of course, she gets to a year old and I’m like “yep I need a nanny”! 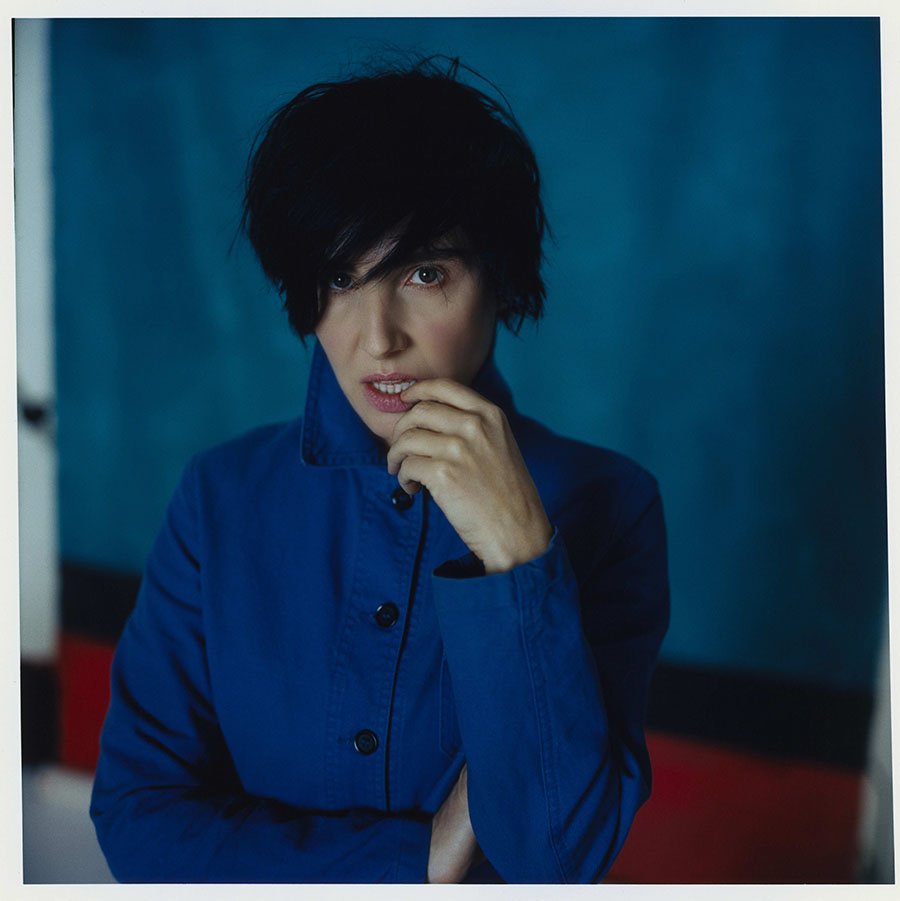 I think its great you’ve been able to do that. Women have to consider things like that now a days, so it inspirational.

I think the thing is, now a days women have so many choices and to be honest, technology had made us slightly more free with our children and to be at home and to be able to adapt our jobs to that. As far as journalism goes its quite an artistic environment as well, so it’s a lot easier to bring children into a career like that.

In 2008 you started your solo career, was it strange not having the band around?

To be honest, I wouldn’t say I started a solo career it was a solo record. I didn’t suddenly say, “I am going off to be a solo artist,” but I wanted to do it to get it out of the way with, it was something I wanted to do. I had this opportunity to work with a band in L.A and everybody was like well we aren’t going to do that so do it. That was always what it was. It wasn’t a solo career that’s not what I was trying to achieve with it.

You’ve also been a judge on Sky 1’s ‘Must be the Music’ what was it like to be a TV personality?

The great thing about that was when we were doing it, we were all artists that were still working and successful.

We didn’t want a TV career. I think it was a real learning curve for the TV people as I think they would say ‘never employ working musicians again’ because we were a f*cking nightmare. Being on the TV was not that important to us, we all got involved as it seemed like such a great idea.

As for Texas, we didn’t reform; we just had a long break. Our guitar player Ally had a grade five brain aneurism; he was in a comma for six months and in hospital for a year after that. So that was the reason why we didn’t tour for a while. 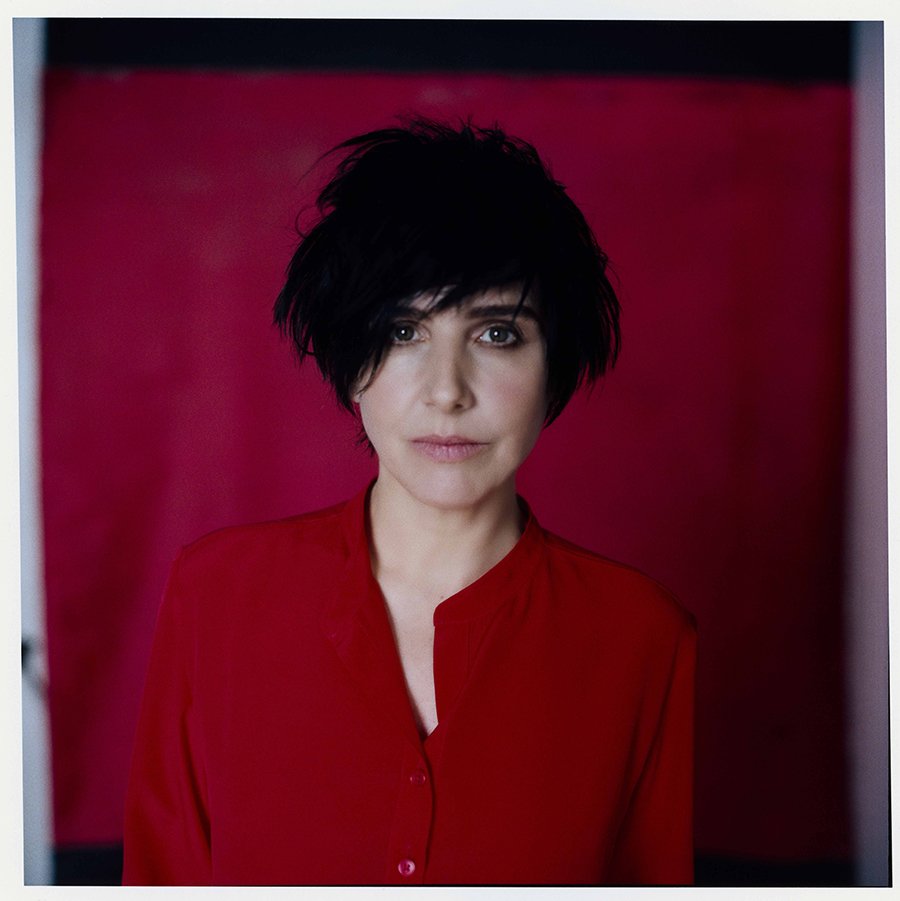 You celebrated your 25th anniversary with your best hits on an album called Texas 25? What is your highlight of your Texas time so far?

The standout moment is the catalogue, if you look at the hits on that catalogue, that speaks louder than anything. It explains the journey from the beginning to now.

Your latest album ‘Jump on Board’ was recently released, can we expect anything different on this album does it have the same Texas sound or is it slightly different?

Really, that’s for you to listen to and to find out for yourself, but it’s a very positive record with disco elements to it.

We tried to make a record that was… you know that moment when your standing in the kitchen and you just lose yourself and start moving and dancing to a song, its that kind of record.

Perfect with a glass of wine in hand as well?

Absolutely, its one of those ones that if you can point your finger in a song that’s always a good sign.

You are doing a few shows in East Anglia this summer?

Yes, we are we are in Newmarket on 28th July then we are playing at Cambridge on 12th September and Ipswich on 15th September.

You played back in 2011 what will be different this year?

An unbelievable show… and all I will say is bring your fascinator!

Will you be placing any bets whilst you are visiting?

Always! The bet is that we will have an unbelievable show! 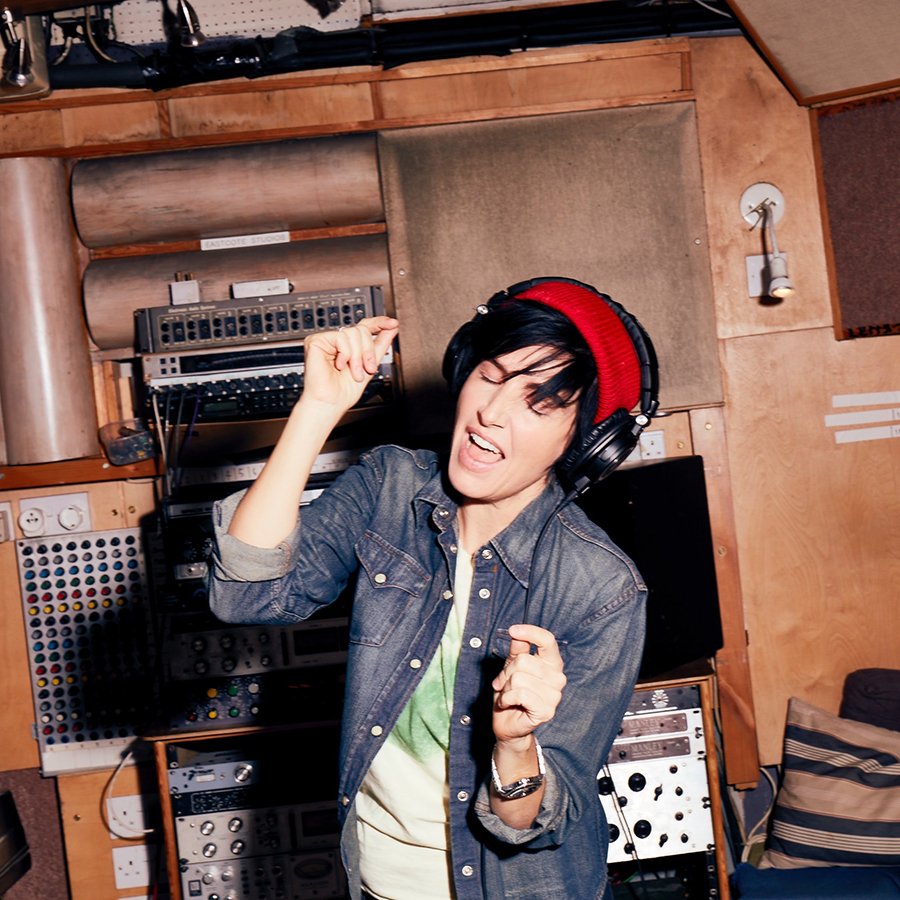 My last question is a little bizarre and from a reader, but it was so random I had to ask it. Do you like cheese, if so what is your favourite cheese?

I absolutely love cheese, I love Truffle Brie. A random question… but I love random, that is cool!

Thanks for talking the time to talk to me today. Good luck with everything.

Lovely to speak to you Rachel, thanks very much.

TEXAS will be headlining at newmarket Nights on 28th July 2017.

Tickets will be on sale via www.thejockeyclublive.co.uk

An upgrade option for Newmarket Nights 2017 will also be available for all shows for premier enclosure bookers.

The Prime Viewing Platform will let you enjoy the show from a raised height giving the best views of the concert, easy access bar and toilet facilities.