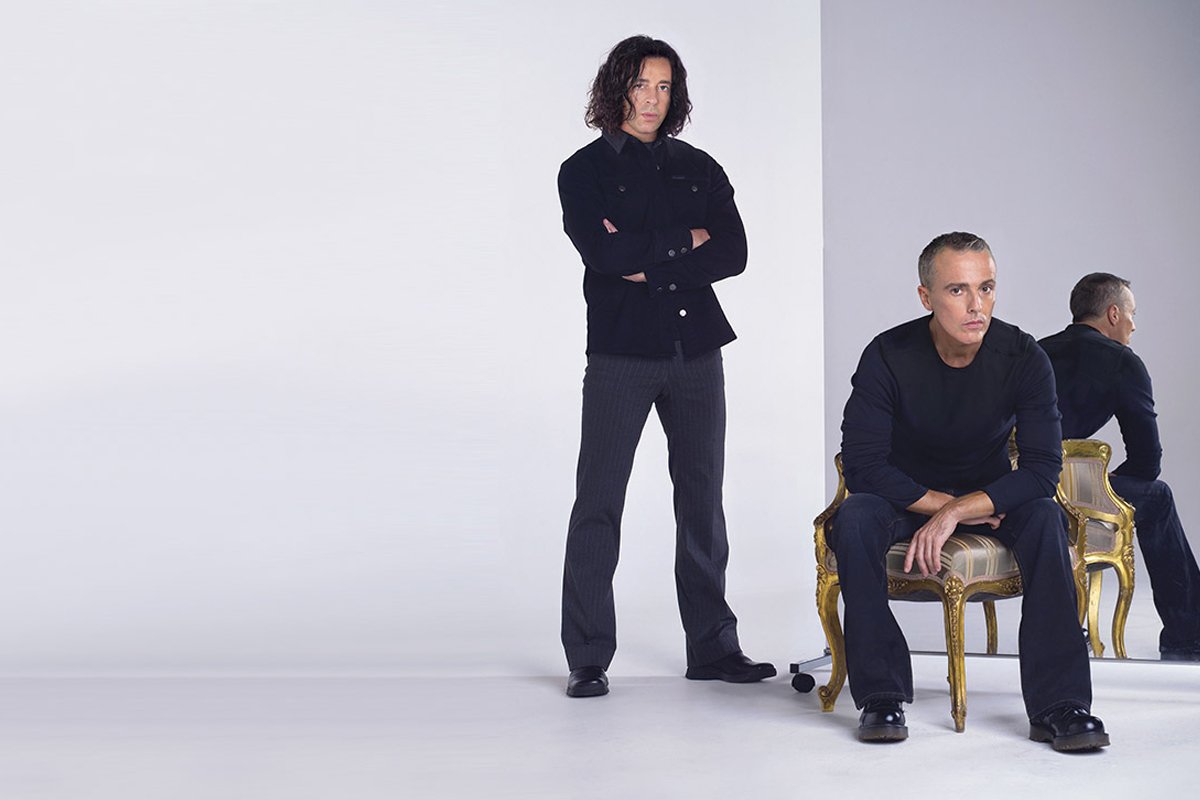 Tears for Fears at Newmarket Nights 2016

After an incredibly successful 2015 season that saw record numbers descend onto Newmarket’s open-air Adnams July Course, Newmarket Nights returns for 2016. Kicking off the announcements in style, Tears for Fears will be taking centre stage on Friday, 29th July 2016.

Leading the ‘Second British Invasion’ of pop music in the mid-eighties, Tears for Fears first tasted mass success with their UK No.1 debut album, ‘The Hurting’.

The album featured three top 5 singles, ‘Change’, ‘Pale Shelter’ and ‘Mad World’, which became the bands first international hit. It was their second album however, 1985’s ‘Songs from the Big Chair’, that propelled the band to global stardom.

Earning critical acclaim and including tracks ‘Everybody Wants To Rule The World’ and ‘Shout’, the album remains their best selling to date, having gone three times platinum in the UK alone.

Their six studio albums have sold over 30 million copies worldwide and produced some of the most recognised songs in British New Wave.

The album features 16 tracks, with an additional 6 on the deluxe version.

‘We are very excited to be headlining at the Newmarket Racecourses in Suffolk on Friday, July 29th. The band will be playing an action packed set filled with classic hits and new songs that we will be playing for 1st time in the UK. We cannot wait to share this amazing day with fans old and new.‘

Held in the picturesque open-air setting of the July Course, Newmarket Nights offers a value for money experience unlike any other this summer.

Alongside a show-stopping headlining performance by some of the worlds biggest artists, the action kicks off earlier in the day with a six race card – giving fans the chance to witness powerful equine athletes who are stars in their own right, and enjoy the thrilling drama and spectacle of them racing for glory.

Whether you fancy a flutter or a dance with friends and family the event is certain to be an odds on favourite for all.

“We are very excited to be announcing Tears for Fears as our first music act of the 2016 season. This will be the first time Tears for Fears will have played at the Adnams July Course and I am sure they will draw in a great crowd! 2016 is going to be a very special year for Newmarket Racecourses as we celebrate 350 years of making history.”

The season launched with a sell out crowd of 22,000 achieved in a record breaking 40 minutes for the showgirl herself, Kylie.

The Jockey Club Live are leading promoters on the UK live scene. From delivering a spectacular line up of some of the hottest chart talent and legendary household names in 2015, this year is set to continue the incredible success, with more announcements imminent. The events are renowned for combining a fun filled evening at the races with a spectacular evening concert in the informal and relaxed open-air setting of some of the world’s most famous racecourses.

Tickets will be on sale at 9am on Friday, 18th December via www.thejockeyclublive.co.uk, with a presale available to customers on Thursday, 17th December. Tickets are priced starting at £26 adult /£13 child (under 18). Please note child tickets are limited.

In addition to Newmarket, The Jockey Club Live will be hosting live concerts across Haydock Park, Market Rasen, Carlisle, and Sandown Park racecourses this summer.