Sting is back with a brand new album, 57th & 9th represents a wide range of Sting’s musical and songwriting styles, from the rocky “Petrol Head,” and melodic “50,000” to guitar-driven first single, “I Can’t Stop Thinking About You”. The themes of travel and motion which inform much of the record are most apparent on songs such as “Inshallah” and the autobiographical “Heading South On The Great North Road.”

R: It’s been over a decade since you’ve released a rock record – what inspired your new album 57th & 9th?

I never actually admit I’m making a record until very late in the process. So we booked some studio time and invited some musicians to come in and said, “We’re not making a record, we’re just having fun!”  We improvised and at the end of the day you have something that’s more or less the structure and then you refine it. And this happened very quickly, very spontaneously. I work with extraordinary musicians who are very gifted and give me a lot to work with and my job is to make sense of it all. My idea is always to try to surprise myself and the people I’m working with and hopefully the listener eventually. To me the essence of music is surprise. Both in the choices you make within a song and the choices about what you present to the public. I don’t make music by any formulaic, magic process. I just follow my instincts, I don’t know where it’s going… And so on this album, we’ve ended up with something that is energetic and noisy but also thoughtful.

R: The first single on the album is I CAN’T STOP THINKING ABOUT YOU. Was that the song that triggered the rest of the songs on the album?

Yes it was. And once you’ve got the first, everything just follows.

Lyrically, I remember having nothing written. All I had was a blank sheet of paper in front of me, which looked like a field of snow with no clues on it as to what could be revealed there. So that first song I wrote actually became the first song on the album. It’s about that obsession, that obsessive search for inspiration, for a subject, for a muse, for the music to reveal something inside itself… So the album starts with that image of somebody with a pencil waiting to write the story on a white sheet of paper without any clues about where it’s going.

R: And did you sense right away that it was the key to unlock the album?

I thought it was a pretty honest statement of what it means to be a song writer. It’s a metaphor about trying to find inspiration. So once I’d found that, I was happy because I was really being true to myself and true to my profession. It’s not easy, song writing – it’s a great job, but it can be a hard job!

I think you live in a permanent state of anxiety as an artist. You write a song and then suddenly you’re empty – what do you do next? But, I wrote this song very

quickly. Basically forced myself to keep doing it – finish song, start another one. Finish song, start another one. And I had a timeline given to me by my manager. He said, “Okay, it had to be finished on this date…”. I’m not normally presented with a deadline but I sort of enjoyed having that pressure. It just gave me the impetus to create something more spontaneous, with an energy that we don’t have all the time in the world, so let’s use the time well.

R: Explain the album title and the significance of New York in the making of this record.

I’ve had a home in NY for over 30 years. So I feel like I’m a New Yorker, even though I’m an Englishman in New York.  This album was recorded in three studios in Hell’s Kitchen. And I love to walk to work. I walk everyday with my guitar and it allows me time to think and I believe walking is very important for my creative process. To walk to and from work is a great privilege that a lot of people don’t have. They’ve got to drive to work or get the train or whatever. So walking has helped me get my thoughts together. I might have music playing in my head and a story being told as I walked the streets. So, the album title refers to a junction – 57th and 9th – that I had to cross everyday on the way to the studio.

50,000 was really a response to the passing of a lot of cultural icons this year.  Prince, David Bowie, Glenn Frey, Lemmy, as well as my dear friend Alan Rickman. And, it’s really about how surprised we all are when one of our icons dies, because we’ve, sort of, invested them with immortality, in a way… So when they die, it really brings our own mortality into sharp focus. I wanted to respond to that as a rockstar myself. I’ve been in that position, I’ve had hundreds of thousands of people singing my songs back to me, I know what that feels like. But it’s an illusion, we are no more immortal or no better than anyone else. We’re all human beings and we are all too fragile. So the song is about that. It’s about those who die, but it’s also about me.  And I think it’s a fairly honest look about what it’s like to grow old. 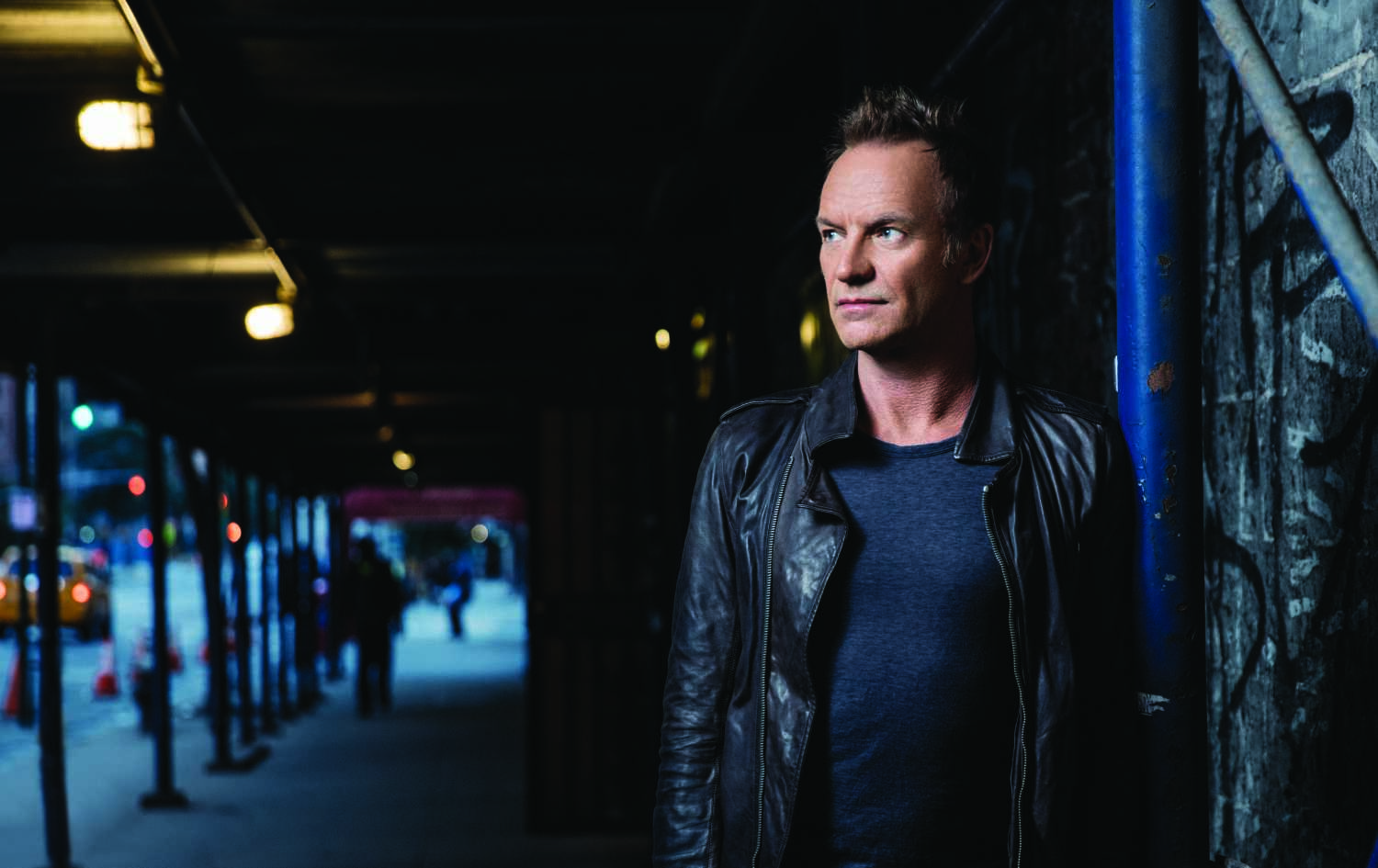 R:And HEADING SOUTH ON THE GREAT NORTH ROAD is inspired by your own experiences?

It is probably the most autobiographical song on the record. The Great North Road is the road out of Newcastle that runs from Scotland down to London and I just like the idea that the only way you would get anywhere in life, at that point in time of life for me, was to go south on The Great North Road. And I spent a lot of time on that road, doing gigs in London, coming home and going back. It’s full of dreams – dreams that were shattered and dreams that were realized. A lot of my compatriots went home without having any success. So, it’s a story for all of us, really.

R: One song that covers a very topical issue is INSHALLAH.

The refugee crisis is something that

The need to find safety. It will soon be driven by climate change. And so, whatever the solutions are and I can’t offer any, but I know if there are solutions, they have to be based in empathy for the situation families find themselves in. It’s important for us to imagine ourselves without kids, without wives… parents. In boats, trying to find somewhere that’s not being bombed… or a place where you’re not starving to death. It’s something that’s common to all humanity.

We may in that situation ourselves, so it’s important to imagine that and feel that empathy because these human beings deserve our help. We could be in the same situation at some point looking for a roof over our heads.

So, Inshallah was a song that I wrote – I’ve always liked that word, Inshallah – it means “God Is Willing” and there’s a

humility about that. There’s a hope about that. And for me there’s a sense of solidarity about that. But I cannot offer more than that. But it’s not building walls, it’s not leaving the EU… This won’t stop. We have to accommodate the rest of our brothers and sisters on this planet. If that sounds idealist, fine – but really it’s the only way. The other ways are unthinkable.

And we went to Berlin and recorded a version with several Syrian musicians who now live in Germany. And because I was basically telling their story,

I wanted to work with them on their song, if you like. 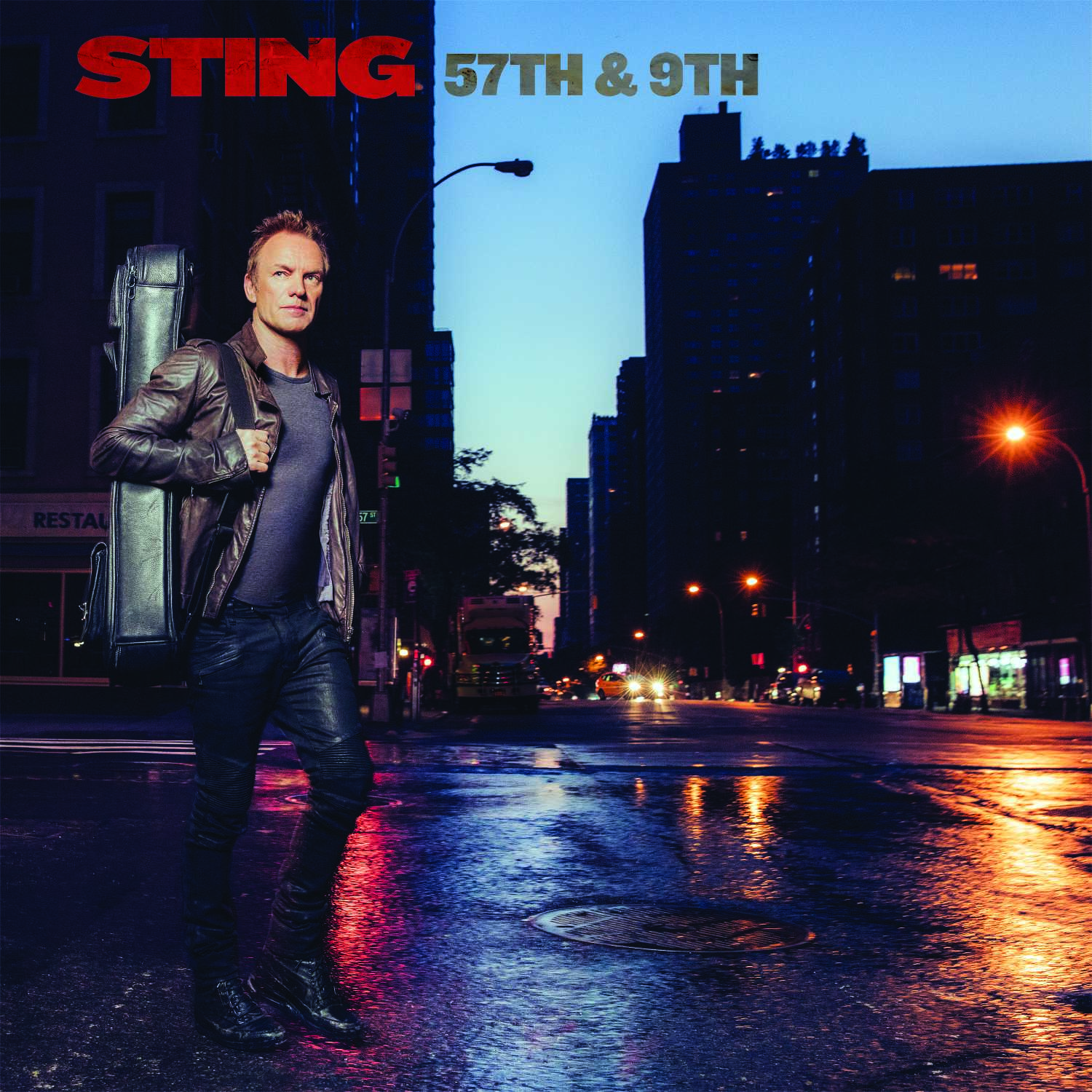 R: Was there a goal or something you were hoping to achieve in making this record?

No, I don’t have a goal except to have fun and express something at the end of a day’s work. You know, have something to just take home to my wife and say, “This is what I did today.” Like most people who work, you need to have result at the end of the day and that’s all.

R: Tell us what it was like working with your manager Martin Kierszenbaum, who also produced this record?

Martin is probably, I could be proven wrong, the only rock and roll manager with a degree in music. So when he suggests to me that I try a major seventh or a flattened 5th in the chord, he knows what he’s talking about.

He’s also a great business head and a great energy, so he’s been a fantastic asset. He’s also the guy who put a timeline in front of me – you know, finish a record in this time!

So, I don’t think the record would have been completed without him. Certainly not in the way it has been. So I’m extremely grateful and can’t wait to do it again.

57th & 9th is available on CD, vinyl and digital download.

For information on Deluxe and Super Deluxe, visit www.Sting.com.