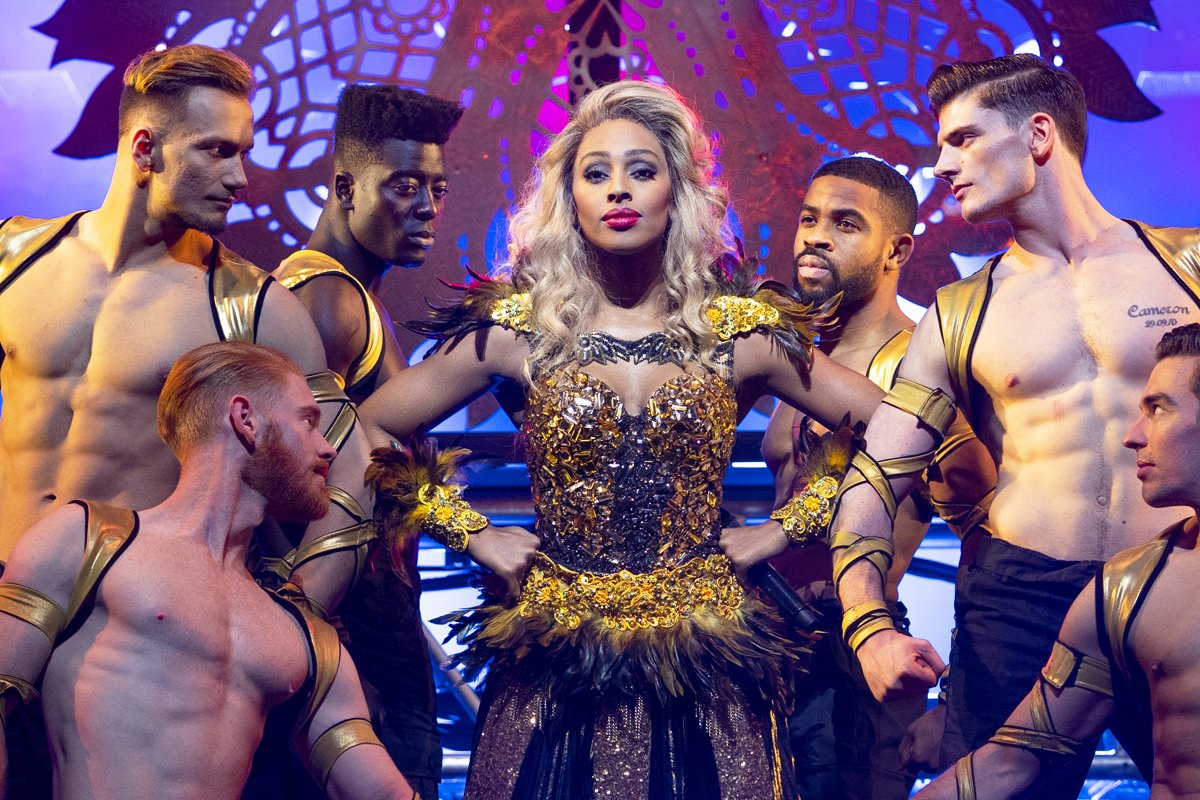 Proving she still has the X-Factor, songstress Alexandra Burke has returned to play Rachel Marron in the new UK Tour of The Bodyguard The Musical, which arrives in Norwich from April 30 for two weeks. 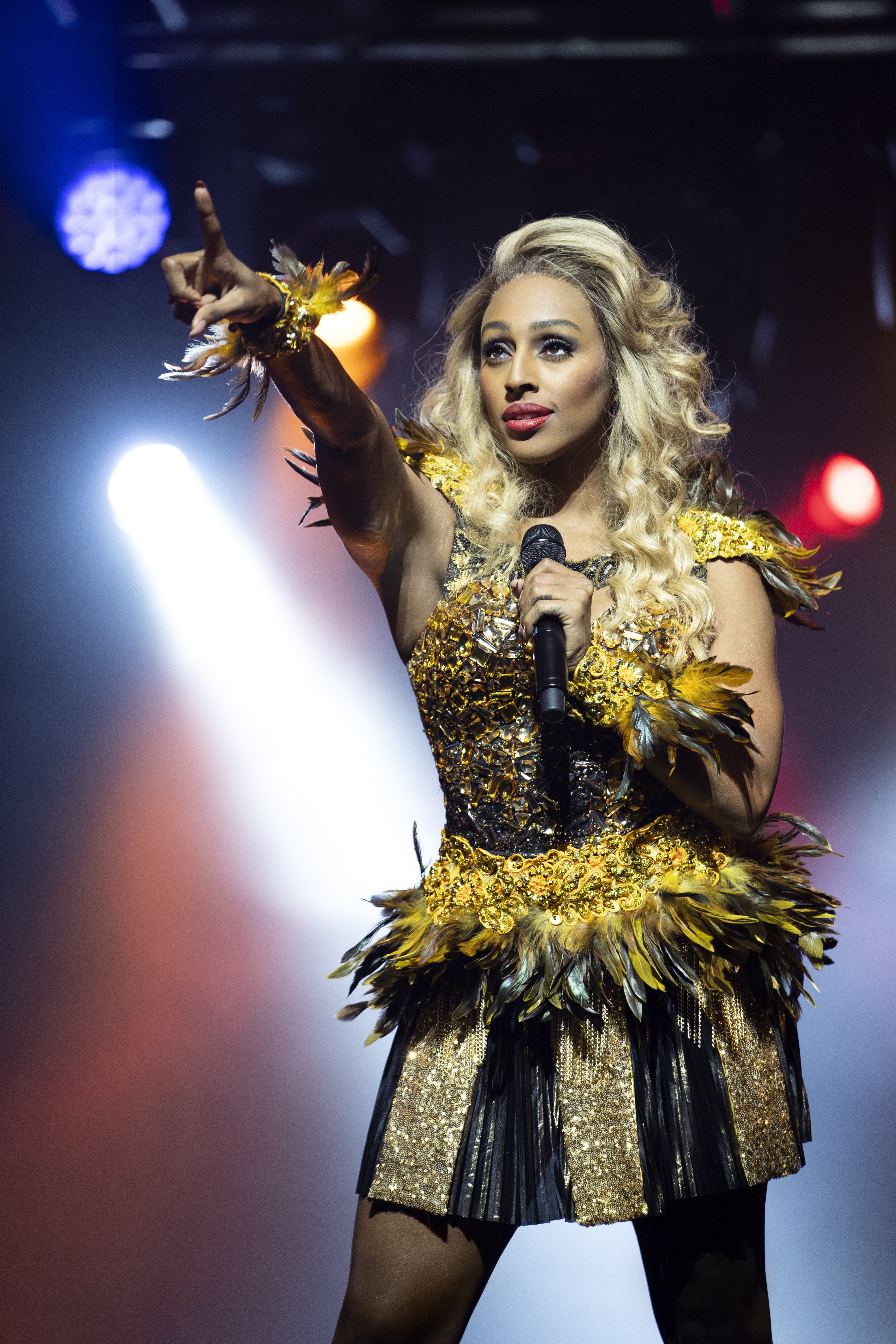 Alexandra is a popular visitor to the Norwich stage, having trodden the boards in the city in both the first tour of The Bodyguard in May & June 2016, and in Sister Act in May 2017. She will perform the role of Rachel Marron at evening performances only.

The musical features the breath-taking music of the late Whitney Houston, who starred in the Oscar-nominated 1992 movie about a superstar singer who falls for her bodyguard, who was played by Kevin Costner.

Alexandra enjoyed a triumphant run in the stage show in both the West End and the sell-out 2015/2016 tour. She first rose to fame after winning the fifth series of The X Factor in 2008 and her debut number one single Hallelujah sold over one million copies in the UK, a first for a British female soloist.

To find out more check out the interview below: 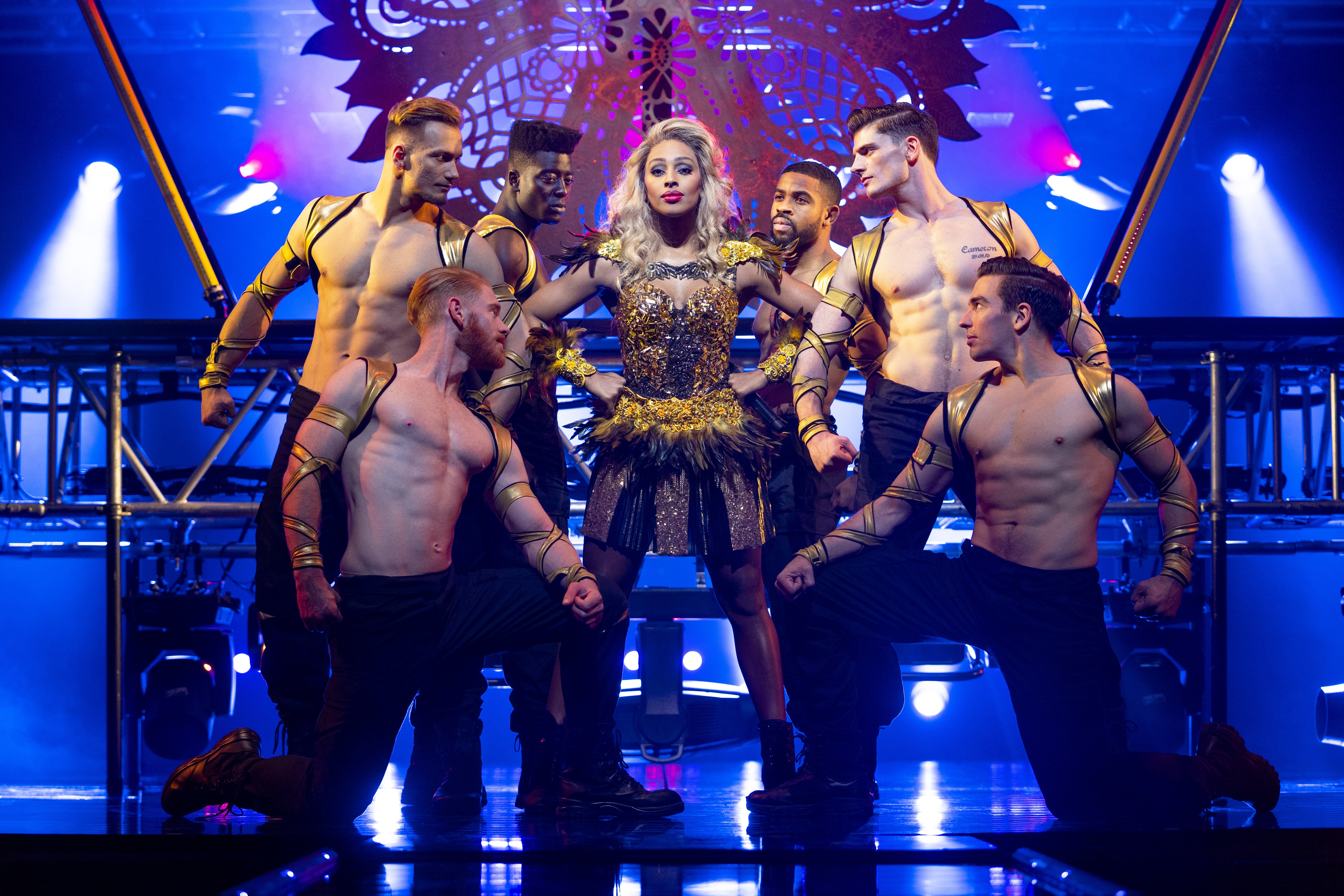 For the few people not familiar, could you briefly explain the story of The Bodyguard?

If you’re not familiar with The Bodyguard it means that you were born after 1992, and you are very young and I am very jealous! The Bodyguard follows Rachel Marron, a Grammy award-winning superstar singer and mother who encounters an intense stalker who will go to any lengths to get to her. Her team has to hire a new bodyguard to protect her. She discovers that there is more to life than fame and being a singer and she discovers how important love is. She’s a very loving and strong woman, but she’s also very vulnerable.

What is it about the role of Rachel that made you want to return to the show, having played the role both in the West End and on tour previously?

I think what’s really exciting about the show is that it includes Whitney Houston’s catalogue of work which really makes the show. It takes me back to when I was a child and had a hairbrush in my hand and was always singing Whitney to my Mum. For me, the storyline never gets old. People always ask me if I get tired of performing the same show six times a week, but I honestly don’t. It’s never the same show each night. It was also an exciting prospect to be singing Whitney Houston for a year, which of course will be tough but at the same time very rewarding. This show is my dream. You can’t beat the adrenaline of the end of the show when it hits the finale and everyone is on their feet, that feeling of knowing everyone has enjoyed the show.

How have you prepared for the role of Rachel this time around?

Well, I’m in a different place in my life now. I’ve been lucky enough to have amazing experiences with Sister Act, Chess, Chicago and Strictly Come Dancing. So I was hoping that people would see growth in the sense of my dancing ability, acting and vocally. So much has happened in my life that I’m taking all my experiences and putting them into the show in the hope that people can see that in my performance. I’ve also seen my nieces and nephews grow up and tried to be the best Auntie I can be, which isn’t the same as being a parent but gives me some idea.

How have you made Rachel your own? Does she feel familiar now?

I think how I’ve made Rachel my own is that my emotions are very raw and real in every performance. I haven’t professionally trained in acting so I draw from a very real place and really feel it and that’s why sometimes I struggle with the role emotionally. I end up in tears on stage every performance.

Do you feel any pressure singing such big songs made famous by Whitney Houston?

Absolutely. The songs aren’t easy to sing. Luckily some of them aren’t in Whitney’s key, which I’m very thankful for. At the same time, it’s very rewarding. Singing Whitney Houston six times a week is no joke and it’s very hard but also incredible.

Did you have a favourite Whitney Houston track before you became involved in The Bodyguard, and has that changed now you’re getting to sing the songs?

Yeah, you know what, actually I did. I think my favourite Whitney track of all time was I Will Always Love You and a couple of years ago after performing the show night after night it changed to I Have Nothing. I love performing that in the show. I could happily do Act 1, sing I Have Nothing and go home, but that’s not how it works! 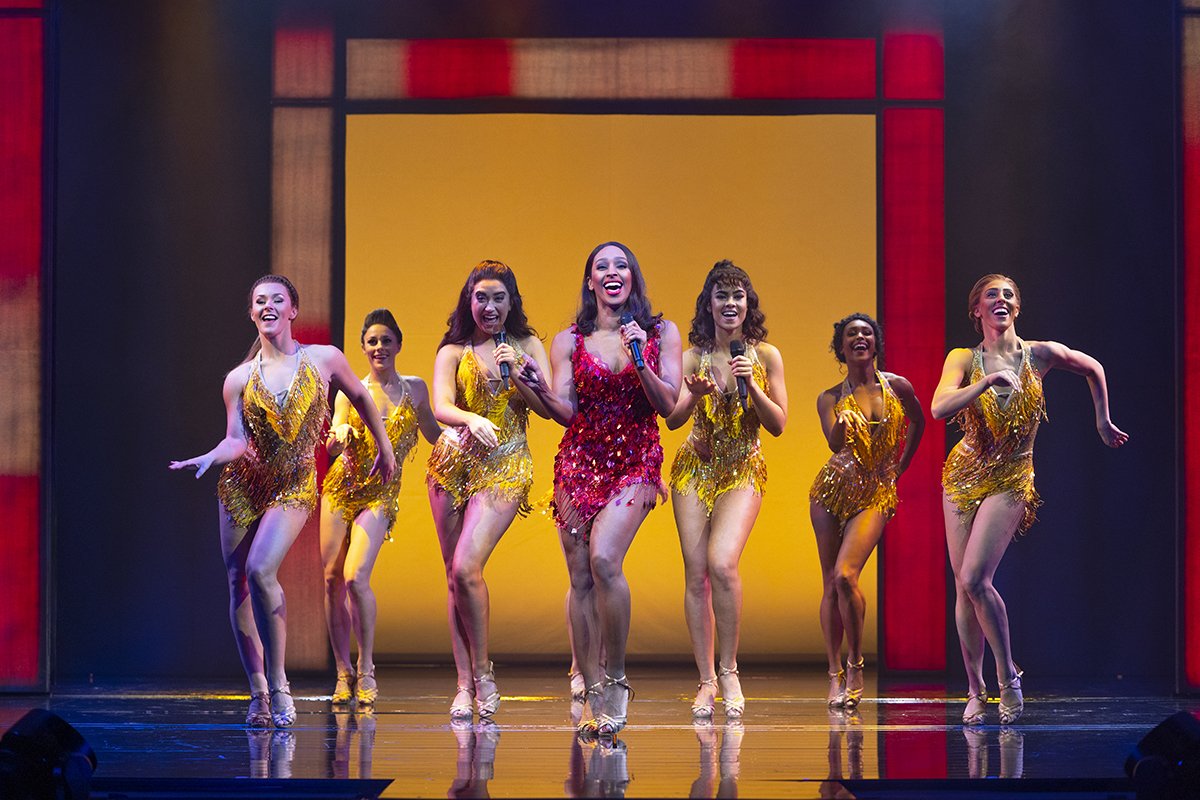 Are you looking forward to visiting Norwich with the tour?

The last time we were there on tour my friend took us to a lovely Thai restaurant on a boat! The audiences are always great fun and lovely in Norwich, so I’m looking forward to bringing the show there.

Do you enjoy touring and seeing new cities, or do you find any aspects of it difficult?

I struggle with it because I miss my family so much. However, I always remember that my reward at the end of every day is the audience and them coming out to spend time with us. We’re very lucky that people seem to love the show and love Whitney Houston, but I think for me missing my family is the hardest thing, missing home. But I do enjoy seeing different cities around the country and the world. I’m lucky I can go to new places with The Bodyguard and also revisit places that I love. 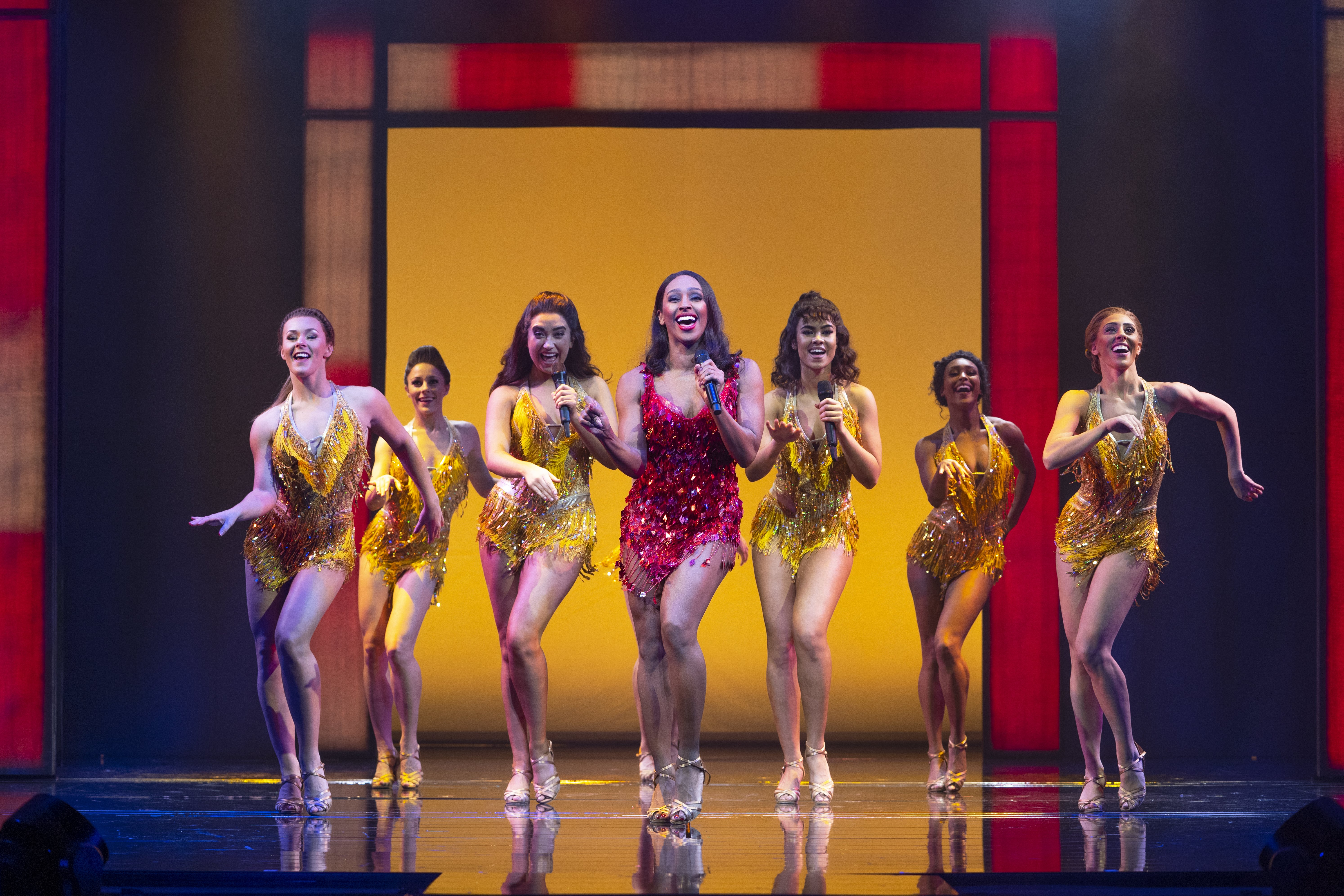 Do you have any ‘must-have’ items for on tour?

I don’t know if you can call them ‘items’ – but my dogs! They are my living, little loving things, all four of them. I would also say the essentials for a singer are a steamer, a humidifier, ginger, lemon, honey, very basic and very simple. Plus, my favourite pillow which goes with me everywhere and I always pack a onesie because you can never go wrong with a onesie at any time of year!

Do you get much down-time whilst on tour, and if so what are your favourite things to do?

I know this sounds quite boring but my favourite thing to do on tour is go to the gym, so I’ve been going to the gym every single day to challenge myself and do the show. It’s my escape. It’s the one hour I get to myself and I can concentrate on making myself stronger. I also love going to the cinema. I really like to find little boutique cinemas in different cities. Also, finding any vintage and second-hand shops is something I love to do when I can.

Have you ever received any words of advice that have stuck with you?

Yes, from Whitney herself actually. My mum used to do backing vocals for Whitney and when my mum sang with her on Top of the Pops she spoke to Whitney about me and said “oh my daughter really loves you and wants to be a singer” and Whitney’s advice to me was to keep working and never stop – to strike whilst the iron’s hot. That’s why in the past ten years I’ve never really stopped as that’s stuck with me – work hard and strike whilst the iron’s hot.

Do you have any exciting plans for the future?

I am engaged, but we’re not planning a wedding just yet because it’s a busy time. So my exciting plans, as well as this brilliant tour, is to also record an album whilst doing the tour. I’m scheduling studio sessions on all my breaks and hopefully by 2020 I’ll start to concentrate on my music for a bit.

Listing:
The Bodyguard, Tuesday 30 April-Saturday 11 May at 7.30pm, and Wednesday and Saturday matinees at 2.30pm. Please note there are no Sunday performances. Alexandra Burke will perform the role of Rachel Marron at all evening performances only. Tickets £10-£53.50. Discounts for Friends, Corporate Club, Under-18s, Over-60s and Groups.  For more info or to BOOK ONLINE www.theatreroyalnorwich.co.uk