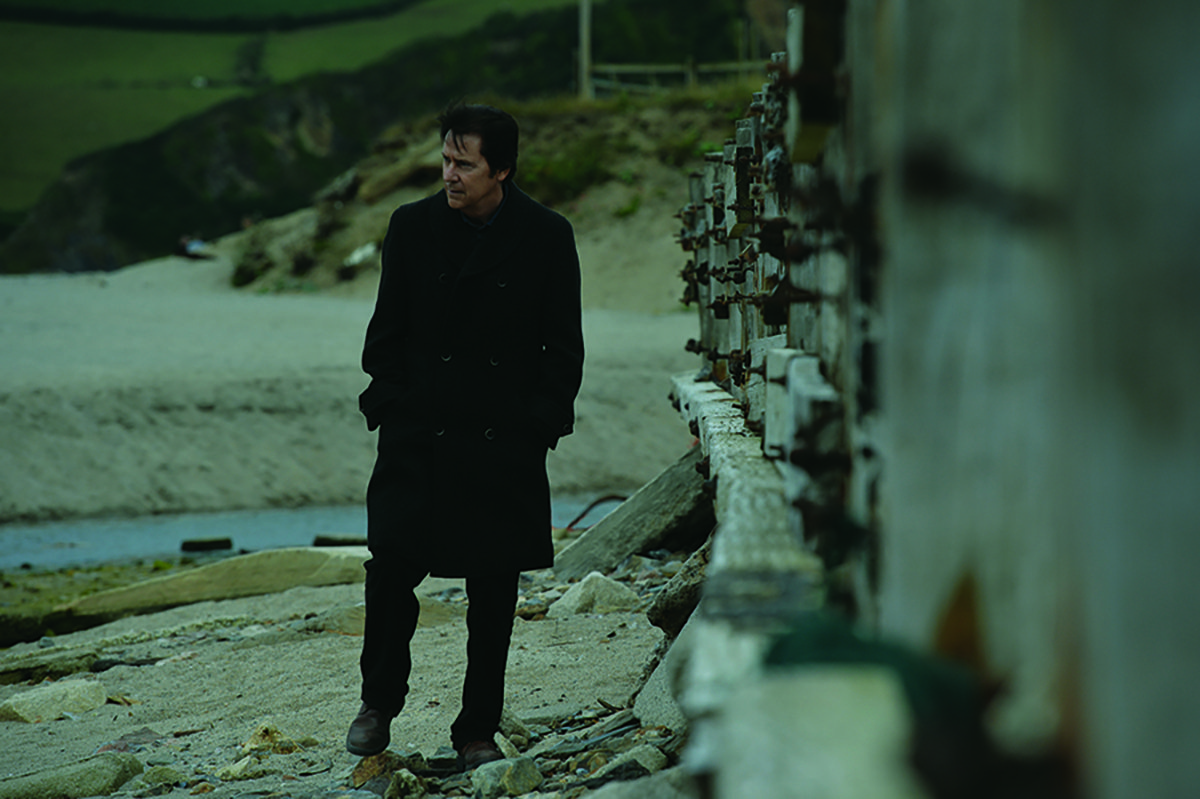 Shakin’ Stevens is to embark on his biggest ever UK tour visiting 34 towns and cities across England, Scotland and Wales in spring 2017.

The announcement coincides with the release of his critically acclaimed 12th studio album Echoes Of Our Times, a surprising record on which blues, roots, Americana and classic rock take centre stage as Shaky explores his mysterious and intriguing family history.

With 33 hit singles and four UK No. 1s to his name, the Platinum-selling entertainer and performer will be exciting his audiences as he performs new tracks from Echoes Of Our Times, along with classic hits, and a few surprises. Rachel Ducker caught up with Shaky to speak about the tour and new album.

R: For those who don’t know, how did the name ‘Shakin’ Stevens’ come about?

I was born Michael Barratt, but after a while I thought that was not exciting as a stage name, so I started using the name Shakin’ Stevens. How that came about was that I had a friend named Steven when I was younger and we used to play in the street, you know ball games, stuff like that, and one day he held up a bit of wood and pretended to play the guitar and suddenly said “ladies and gentleman Shakin’ Stevens” and I thought that’s a wacky name, you can’t forget that, so I later on in life used it. He didn’t mind as he didn’t go into the music business himself, so that’s the story.

I’m from a family of 13 children… we could all sing in the family so if it was a wedding or something, we’d all get up and have a singsong. I don’t know what you put that down to, whether it’s a celt thing I don’t know?  Growing up as a boy I joined bands and wasn’t interested in anything else, I just wanted to sing. It took a long time for me to get my first hit record, a very, very long time. 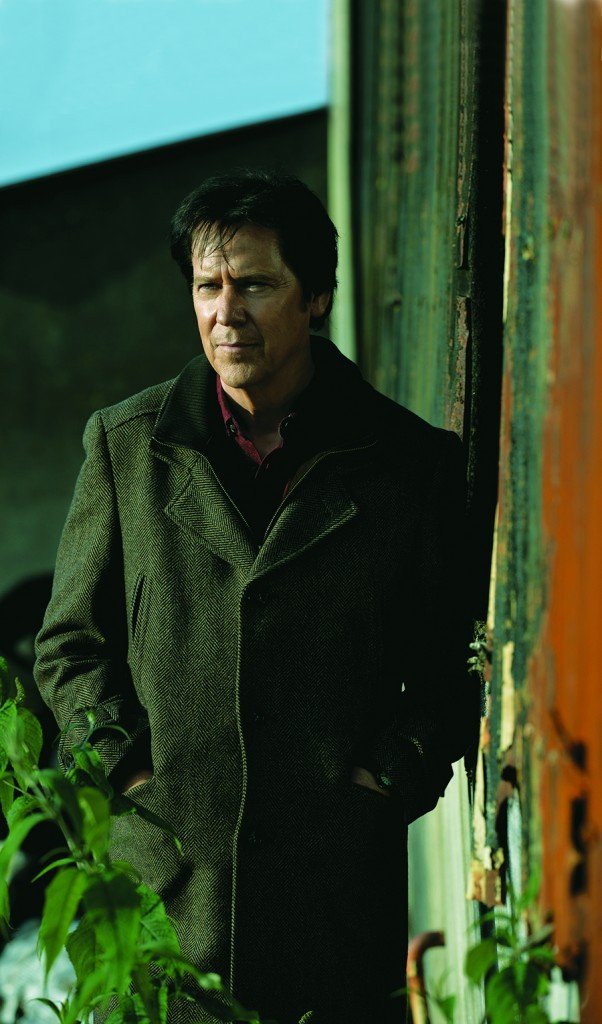 R: During your time in one of your first bands ‘Shakin’ Stevens and the Sunsets’ you were given a slot to support the Rolling Stones – what was that like?

To support the Rolling Stones was absolutely fantastic; we were over the moon. Our agent at the time put an advert in Melody Maker, I think it featured John Lennons white suit that he wore, and it said if you’re willing to wear that suit at a Shakin’ Stevens gig we welcome you with open arms. It got attention from those in the music business and I guess with the Stones too, they must have thought crikey, these guys are a bit forward. So we were down in Cardiff University and they sent someone along to check us out, and they liked what they saw and heard, and the next thing we were supporting the Rolling Stones.

R: You must have been overwhelmed?

Yeah, you had to pinch yourself when it was happening. When we arrived at the venue the Stones were playing tracks that we were fully aware of, they were very nice to us. Later on I’ve actually played again with Bill Wyman and he reminded me about the time we supported them.

R: So you were actually the youngest of 13 siblings, is that correct?

R: I just wondered being the youngest, and having such a large family, did you experience any competitiveness growing up and if so, did this spur you on in your music career?

My eldest brother is 25 years my senior, so that gives you an idea of the age gaps.  When I came along two of my brothers had already got married and left home, and two siblings had passed away when very young – which left 3 adults and 8 children living in a small three-bedroom, terraced house. My brother Les and I shared one bedroom with our parents, four girls shared another bedroom, and then there were two boys and a grown-up brother in the box room. It was literally Top-to-Toe.  I had a lot of support from this large family!

R: But you made it work!

Yeah we made it work, I actually visited the house not so long ago, it was a bit of an eye opener really, it looked smaller than it was.

R: You’ve had quite a few interesting jobs in your time, a milkman, and an upholsterer, did you ever think it would turn out the way it has for you?

Well, as I said, all I wanted to do was sing, so I was determined to pursue that. I didn’t want to do anything else, but when I was growing up with my brothers and sisters, we were living in times where when you came of age, you had to get a job and pay some money over, and that’s how it was.

As for jobs I wasn’t really interested in what I did really so I was a warehouse person for a while, I worked on buildings, I was a milkman for a time, I had loads of jobs really. Then I had a crack at upholstery and I really liked that, I liked that a lot.

A friend of mine went into the upholsterer trade, so when I was out of work and just singing in the evenings, he said “why don’t you try for a job where I am?” Initially, I just assisted, but what I liked about this job was that they had a radio there, and they had the music and new releases of the day.

The firm folded up, I guess the foreman there must have taken a liking to me, as he said “we’re moving up to Bridge End would you like to come?” and I said “yes please.” So I went up there and started working on the bench and joined the production line. Again, that was the best job I had really apart from singing, they had this radio blasting away while you worked and I loved it and I used to do my singing in the evening. 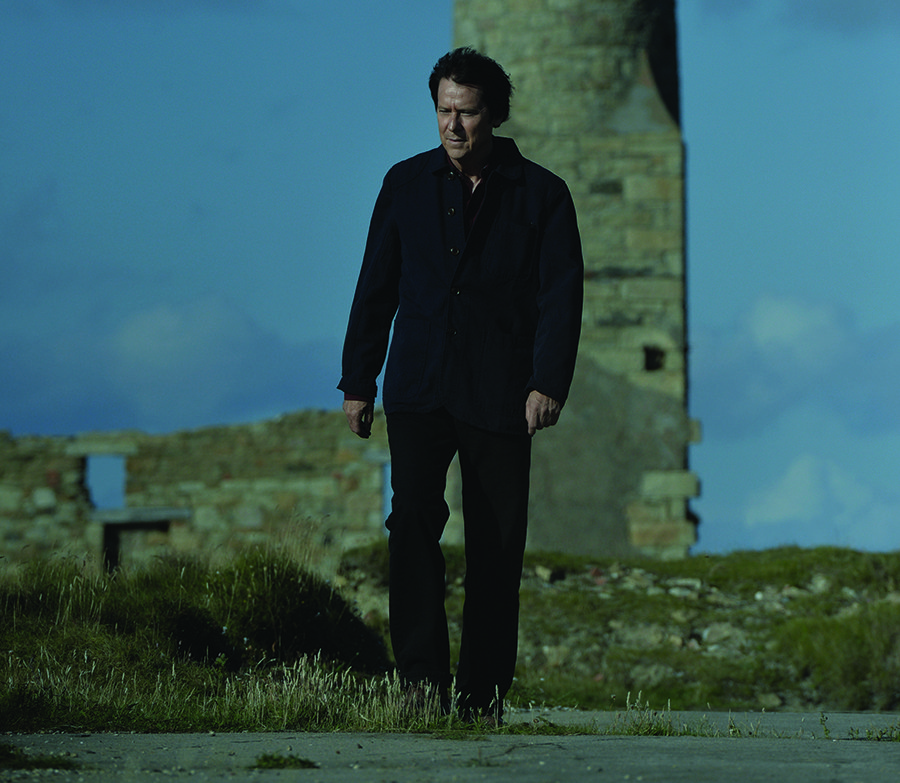 R: And did you sing along to the radio while you worked?

I think we all did!

R: Out of all of your songs, do you have a favourite that you enjoy listening to or performing?

It is a hard question! Or, rather, it has been up until this year. I like all the tracks on the new album ‘Echoes Of Our Times’ and I’ve really enjoyed performing them during promotional appearances for the album and in preparation for the tour this year – so the answer is that I have 10 favourite tracks, and this is my favourite album – to date. Two answers in one!

R: Touching upon the new album, it focuses on your family’s ancestry, so I wondered if you’d found out anything interesting? I hope you haven’t dug up too many skeletons?

We have yeah, because I didn’t know I had ancestors down in Cornwall, and I didn’t know that my grandmother’s family were in the Salvation Army going back to the 18th

century.I then found out about my uncle who died in the First World War, and that my ancestors had worked in the copper and tin mines of Cornwall for hundreds of years, many of them going to live in the States, South Africa, Australia and Mexico. So yeah, some really interesting stories and with the album of course we thought why don’t we turn these stories into songs, and that’s what we did. People can then share the stories

R: It must be so nice to perform something really personal and meaningful to you?

It is yeah, and people can relate to the stories as well, as I am sure a lot of people can, when it comes to the war and the mines. I am very pleased.  If you leave it too late to explore your family background by speaking to the older members of your family, then it is much more difficult to find out the information.

R: We all probably have something in our past that’s worth digging into, would you recommend people exploring their family history?

Yes I would, definitely. It’s nice to know where you came from; there are people out there not interested at all. I wasn’t looking for famous people or anything like that; I just wanted to know where I came from. In those days they didn’t used to talk about these things and it used to be hush, hush.

R: Your UK tour starts in April what can fans look forward to?

They can look forward to the tracks from the new album, there will also be some surprises thrown in, and some hits. The instruments that you hear on the album will be on stage, its quite a big band. There’s brass there and a banjo and stuff, I’m really looking forward to it, getting back out there and sharing it with the public.

R: Locally, you’re playing by us at the Regent Theatre in Ipswich on 29th April, have you played here before or will this be your first time?

No, I’ve played there a couple of times before actually. It’s a lovely theatre and they’ve had a lot of big stars there, I believe the Beatles played there as well – it has got a great history and a very nice atmosphere, the area is lovely as well so I am really looking forward to it.

R: After your tour what are your plans for the rest of the year?

Well, I am still promoting the album so I will be doing radio and stuff like that really, and also we are looking to do some dates for a tour in Denmark as well, and possibly Germany.

R: Lastly, what is like every Christmas to hear your songs still bringing so much joy to people?

It’s a good feeling really to have Christmas songs, I am very proud of the ‘Merry Christmas Everyone.’ It has touched a lot of people and I think it is amazing how that particular song is enjoyed worldwide, I think everybody knows it.

R: Personally it is one of my favourite Christmas songs and I have listened to it every year for the last 30!

That’s lovely Rachel and it’s been lovely talking to you today.

Tickets for the Echoes Of Our Times Tour are priced from £24 went on sale at 9am Friday 23rd September.