This month I joined maestro Eric Amada at the Stowupland sports centre for a lesson in the martial art and national sport of the Philippines, Modern Arnis.

In its current guise the sport is relatively young having been founded in the 1960s by Remy Presas, Modern Arnis (also known as Kali and Eskrima) includes hand-to-hand combat, joint locks, grappling and couples them to the centuries old Filipino Martial Art style which incorporates weapons such as sticks and blades.

Whilst you may not have heard about it the sport is as popular as karate and judo. It’s addition of weapons and a fluid counter attacking style generates a very attractive art to watch and to practice. 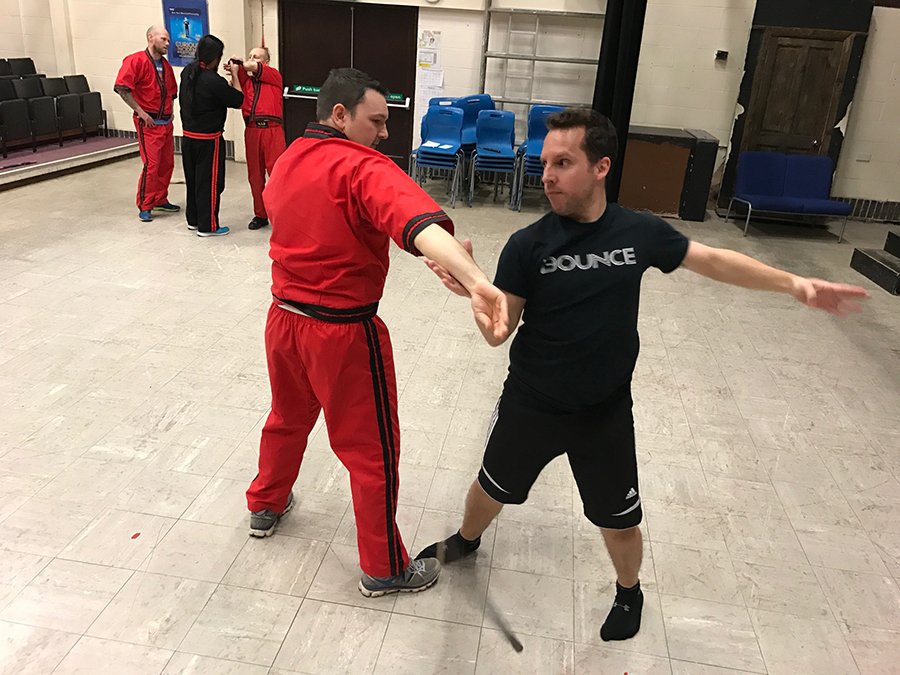 In fact you’ve probably already watched Arnis without even knowing it, Hollywood movie stables Taken, Bourne and the latest Bond flicks all include an element of Arnis in their fight choreography as does hit Netflix series Daredevil, in which case keep your eyes peeled for Action Man: The Movie!

I joined the group at their regular training session on Tuesday evenings 7:00 – 8:30 at Stowupland Sports Centre (Church Rd, IP14 4BQ) whilst I have participated in a number of different marital arts now the styles and techniques are all slightly different, which makes Arnis not only great for total novices but also those looking to add to their martial art repertoire.

Following our warm up, it was time to pick up our sticks, the most common Arnis weapon, first we learned striking, then we studied defending and then moved on to combining the two and it wasn’t long before I was able to string together an effective and thrilling sequence. 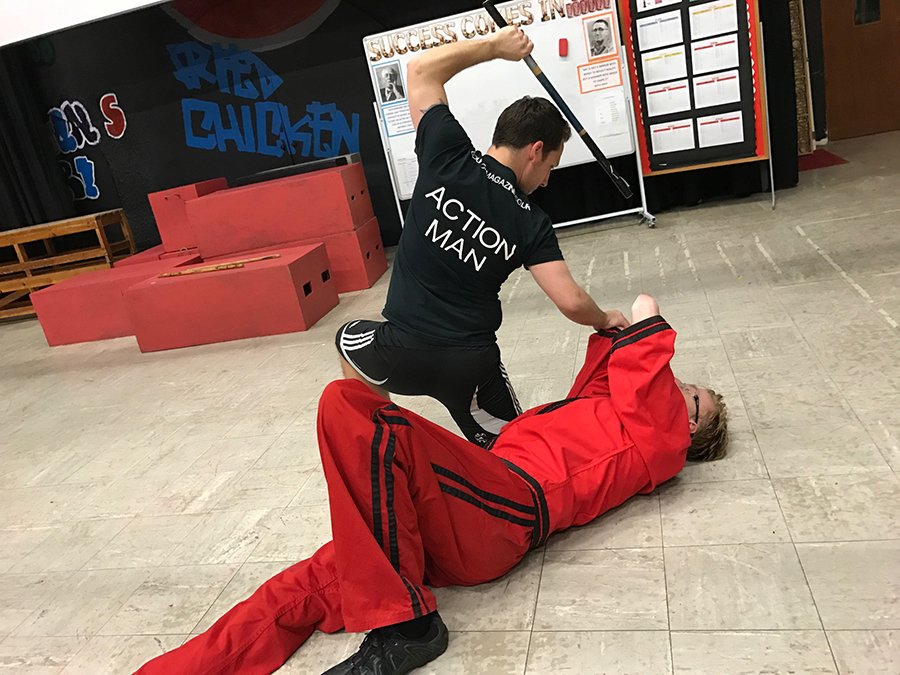 Granted, at a more subtle pace than the more experienced group but after just one lesson I was very happy and proud of how much I had picked up through my first 90 minute class under the excellent guidance of Maestro Eric Amada an executive member of the national body BCKEAI.

I appreciate that it can be difficult when starting a new sport to catch up amongst a vastly more experienced group however now is the perfect opportunity.

Modern Arnis UK have a special beginners course starting on Tuesday May 2nd and running for 4 weeks.

Are you looking to try something new?

Then get in touch via www.modernarnis.uk or search for Modern Arnis UK on Facebook, details of the beginners courses is also shared on my Facebook page (search: bouncemagazinesactionman).

Action Man says: it’s not one to miss, get on down to Arnis!