I believe I can fly…

I believe I can fly…

Have you ever wanted to skydive but have an issue with heights or jumping out of a perfectly good aeroplane?

Well thankfully AM has the answer. Action Man, Action-Father-in-law and the Action Family took a trip over to Twinwoods Adventure in Milton Ernest just North of Bedford for bodyflight!

The former military research base, (birth place of the harrier jump jet,) underwent significant development back in 2005 with the arrival of Twinwood Adventures and bodyflight the indoor skydiving experience. Since then they company has continued to expand adding a number of thrilling activities making it one of the region’s leading destinations for the Action Man in you! The facility provides surfing on the FlowRider, a state of the art race simulator, shooting, climbing, escape room, scuba diving and archery you can even combine these activities for a full day of action. 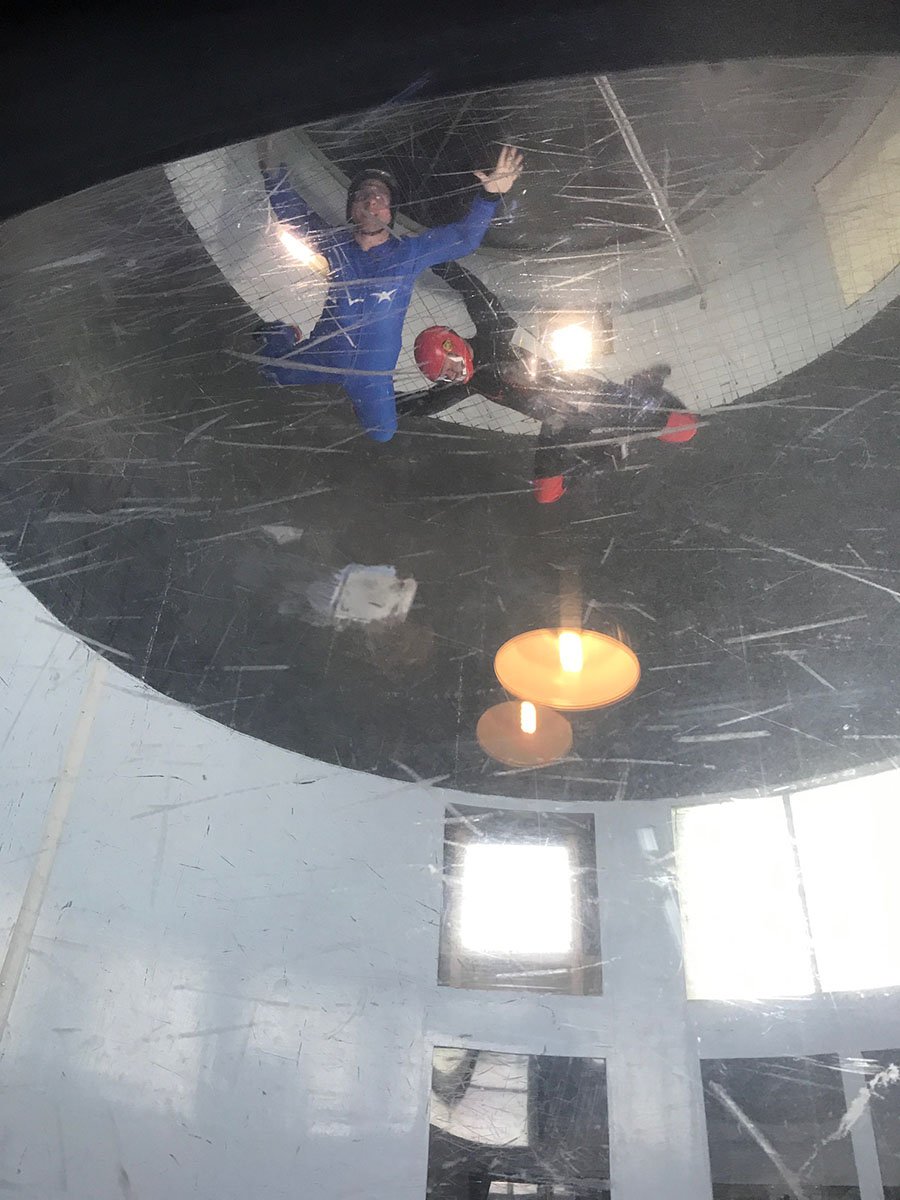 AM took on bodyflight the indoor skydive simulator, as used for training by Daniel Craig and Olga Kurylenko ahead of Quantum of Solace, anything James Bond can do, Action Man can do better!

My father-in-law and I had an experience voucher, which entitled us to two paired flights where we flew together each with an instructor for three minutes at a time. I know that doesn’t sound very long, but it is longer than any standard parachuted freefall. We arrived well ahead of a scheduled flight time, as you need to allow sufficient time to dress in the appropriate attire and complete the required paperwork. With the rest of your group you’ll then be given instructions on how to enter and exit the wind tunnel safely, what position to adopt whilst in flight and how to follow the required hand signals.

It can be a little daunting when you step up to the doorway of the flight chamber, just a few feet above a massive fan which is blowing a wind speed of 110mph, but in one swift move the instructor takes hold, you fall forward and then… you’re flying. A few positional adjustments are made by your instructor, who has a hold of you at all times, but it’s not too long before you’re in relative control and… flying! On you’re second flight, providing you’ve been able to grasp the position, can be even more adventurous with the instructor spinning you around and ascending to the top of the flight chamber, much to the amusement of the spectating family. There’s also time to a few inflight photos, I swear that’s a smile! 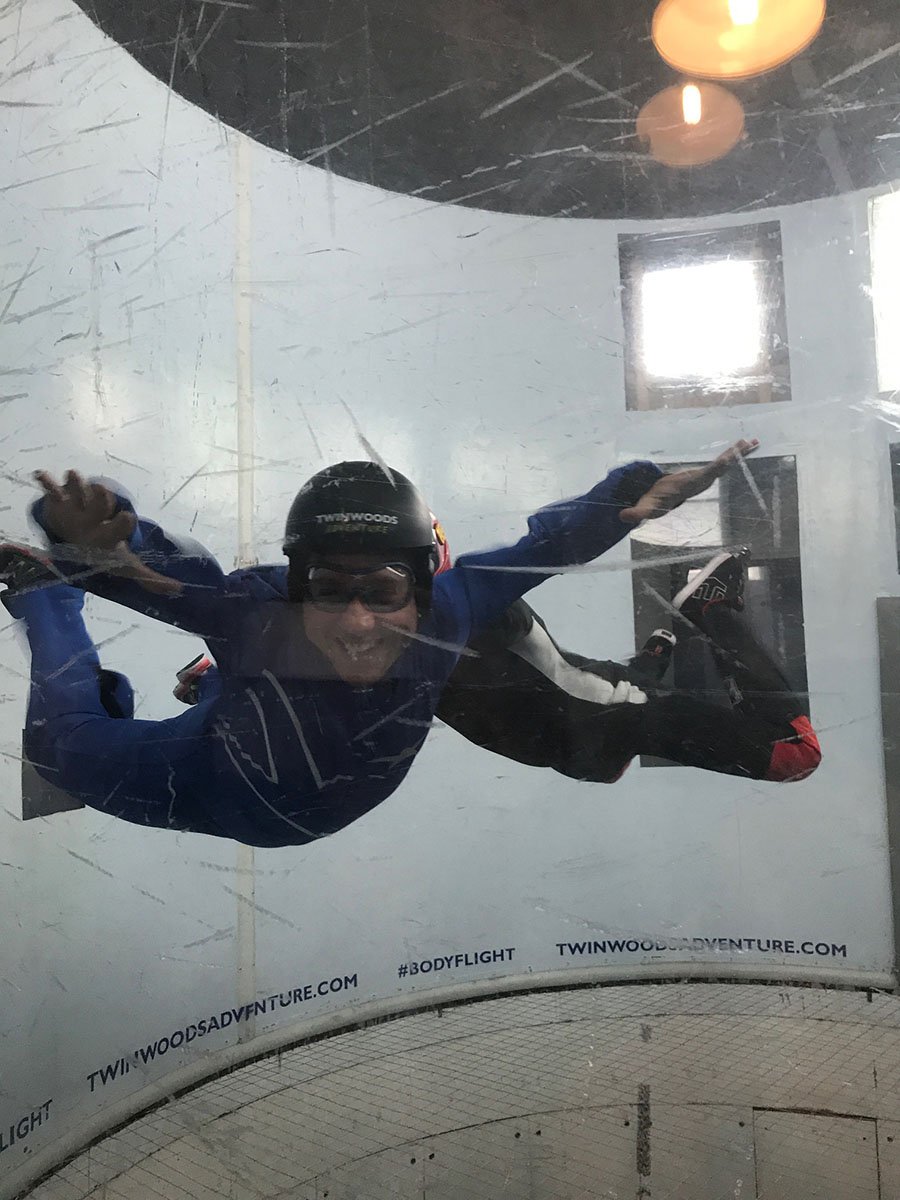 The whole experience was immense fun and left me with a thirst for the real thing,

I highly recommend it, check out www.twinwoodsadventure.com for further info.

Action Man says: fight your fright at Bodyflight where you’ll freefall in love with Twinwood Adventures!