Get a pizza the action…

Get a pizza the action…

The Royal Oak has been serving the local community for many years now and dates back to 1879, previously known as the ‘Oak’. 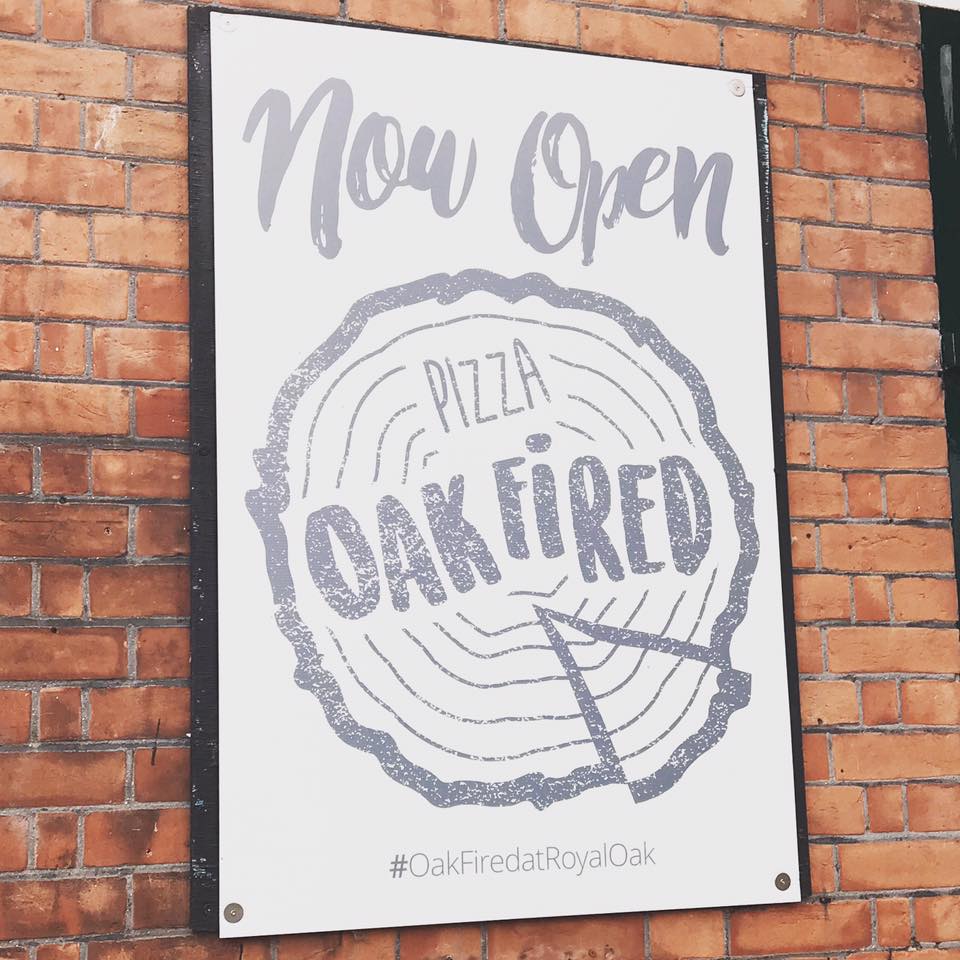 With new owners, it has been transformed and whilst still very much a pub, it is now known as ‘Oakfired at Royal Oak’, with the intention of serving authentic pizzas to hungry mouths across Beccles and beyond. 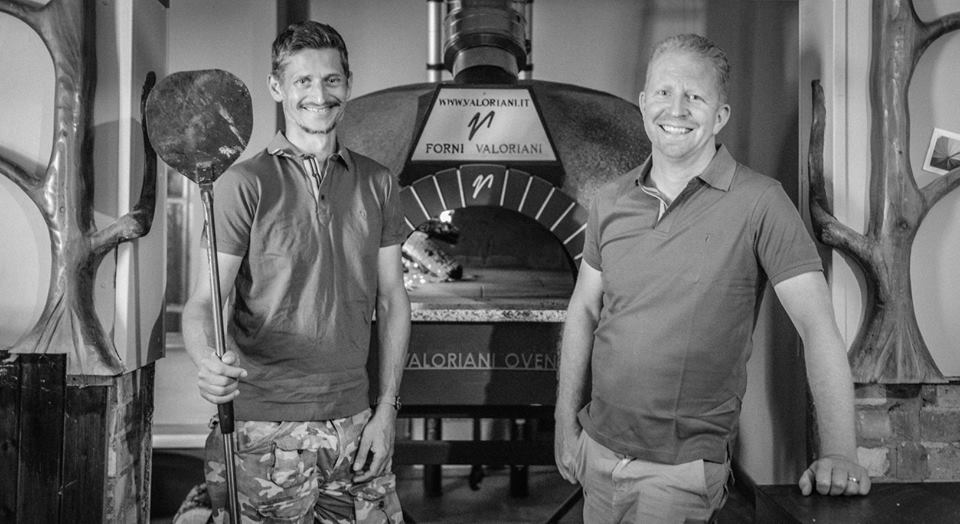 Although it has only been open for a short time, Oakfired has the potential to be up there with the best of them.

“Places like Domino’s and Papa John’s have their place, for sure, but there’s nothing like the real deal. This pizza pub whips up an impressive line of pizzas with thin, robustly flavoured bases and fresh toppings.

As you enter the building, those who have visited previously will notice one big change, a gigantic, woodfired oven now dominates the middle of the open kitchen, with a fiery orange glow emanating from its mouth. 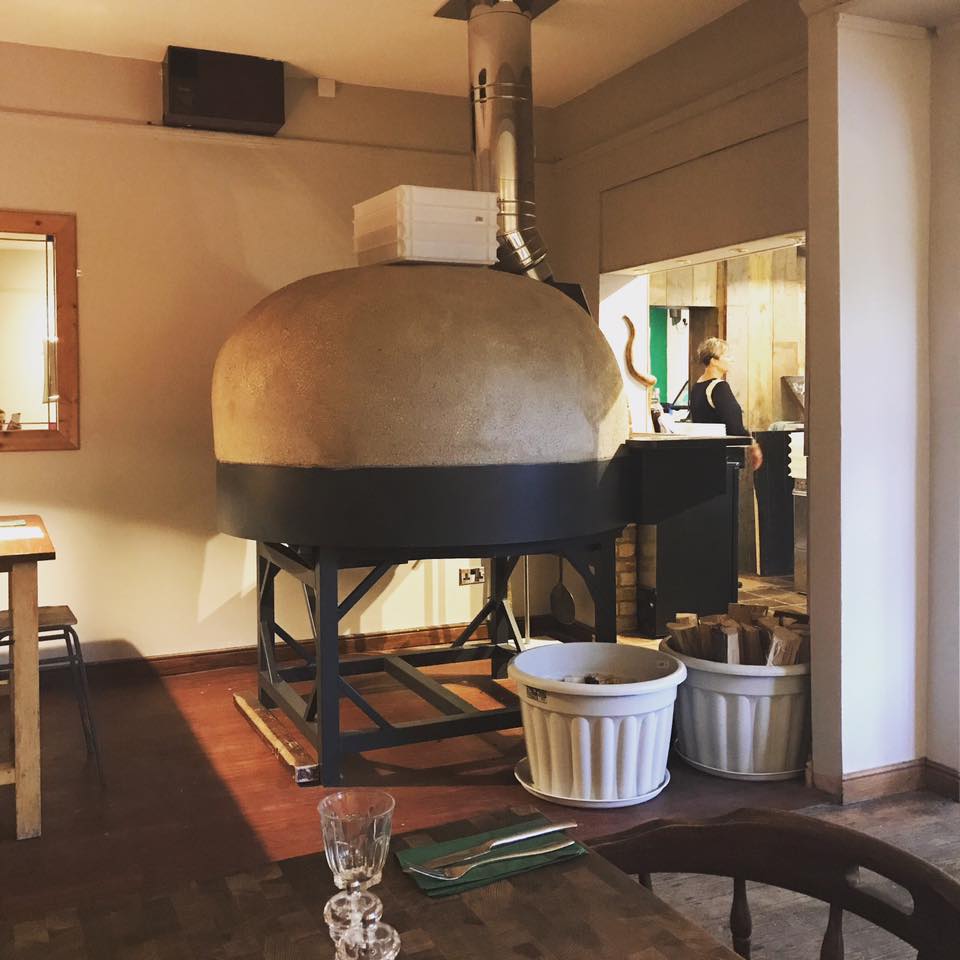 Cut, stacked wood fills large tubs surrounding it, playing a textural design role, whilst other features include a marbled kitchen top and exposed brickwork from the original pub in areas of the bar.

We were here for the pizza, of course, but there’s more to the menu, including tasty starters, freshly prepared salads and mouth-watering homemade desserts, but I will get to that in a second. 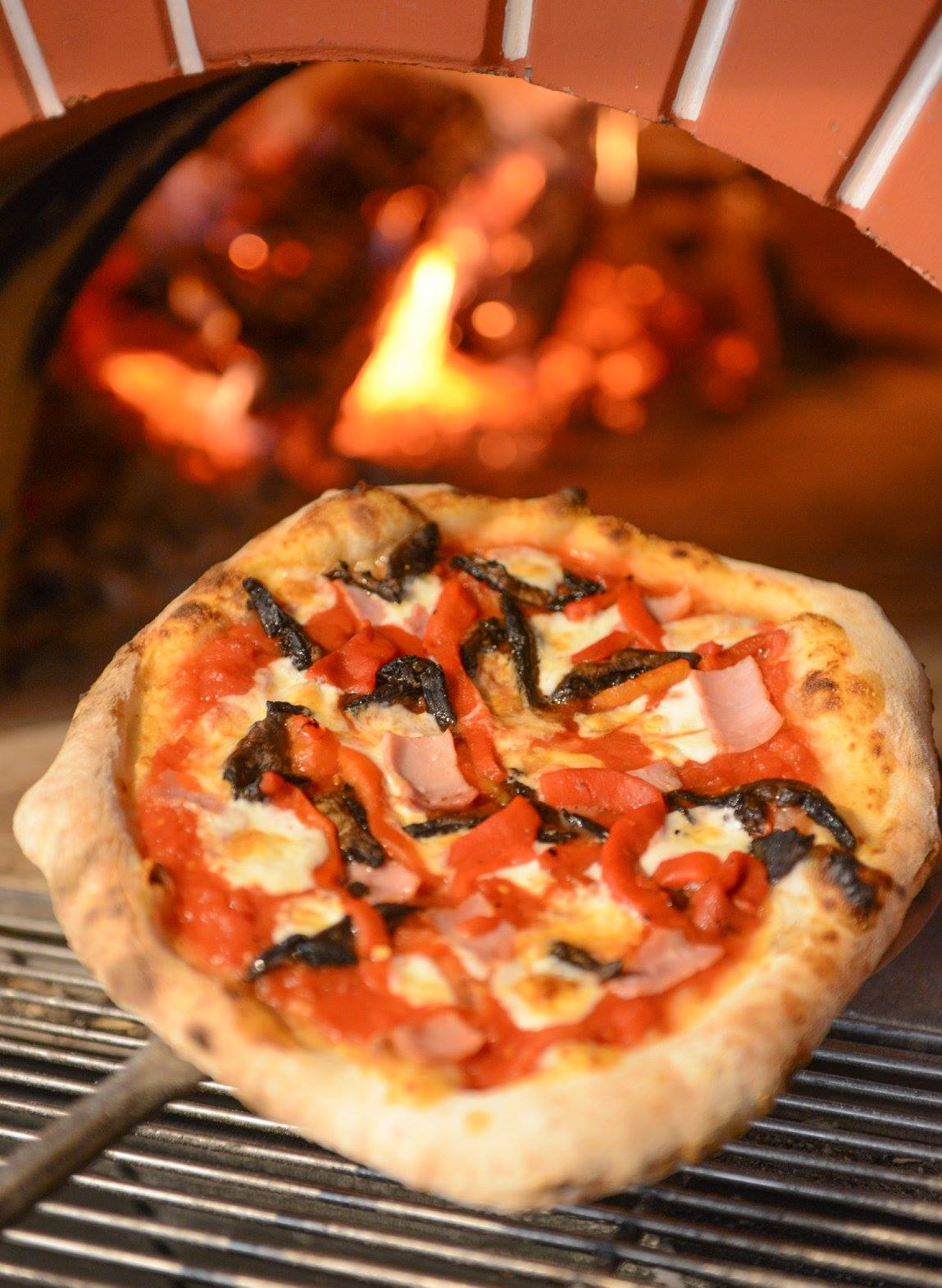 Owners Paul Williams and Paul Jackson have been working on the joint venture for several months. Whilst Paul Williams makes a superb front of house maitre d’, Paul Jackson is at the heart of the kitchen station, sliding thin pies into the 900-degree oven, pulling out crisp, blistered pizzas.

I asked them what their secret was in creating these authentic pizzas?

“Taking the pizza oven out of the equation, the flour’s gluten content is lower than all-purpose flour, and is left for hours to form, the key to the chewy, crisp Neapolitan pizza crust.”

I could hardly wait to try one…

The aromas of the pizzas moving swiftly in and out of the oven wafted over towards us, increasing the anticipation for what was to come.

To start, we ordered some Mozzarella Garlic Bread to share, which came in a pizza style, merely teasing us by giving us a sample of the incredible dough, along with the Artichoke and Gorgonzola salad. 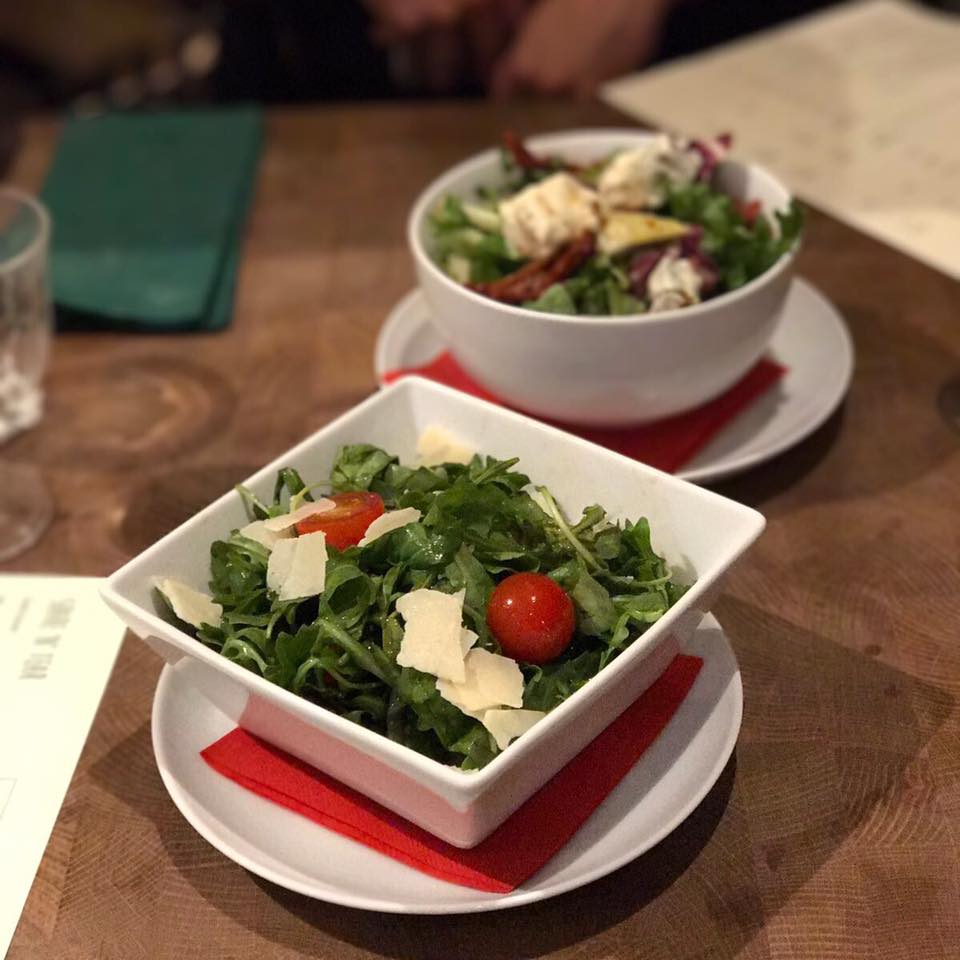 It was a great way to ease into the meal and to enjoy the full dining experience, whilst being entertained by the busy kitchen station, sipping on a glass of red.

The house wine options are pretty decent, however, if you want a little treat, we would recommend the Italian Chianti on the wine list. 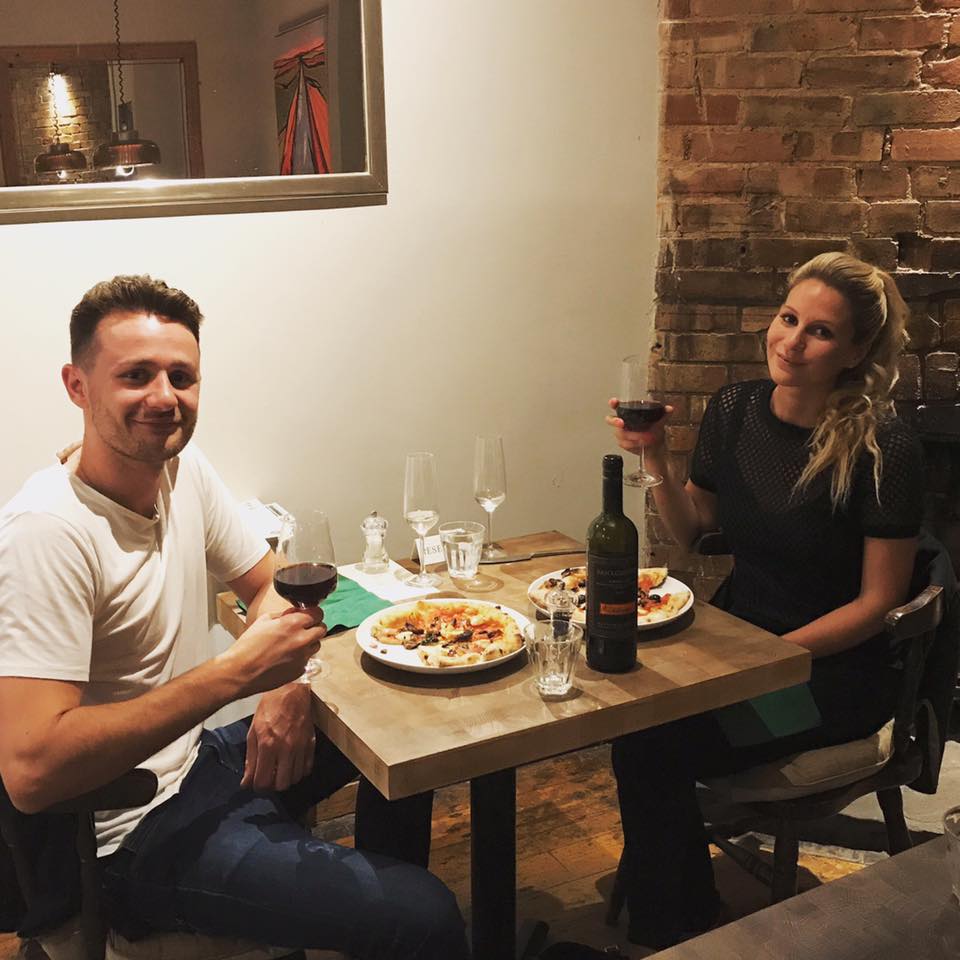 Pizza options here are simple and very traditional Italian combinations that include Margherita, Italian, and even a ‘Create Your Own’ for the picky ones amongst us!

I decided on the Italian (minus the Anchovies) and my ‘picky’ partner choose his own of Mozzarella, Goats Cheese, Mushrooms and Olives. 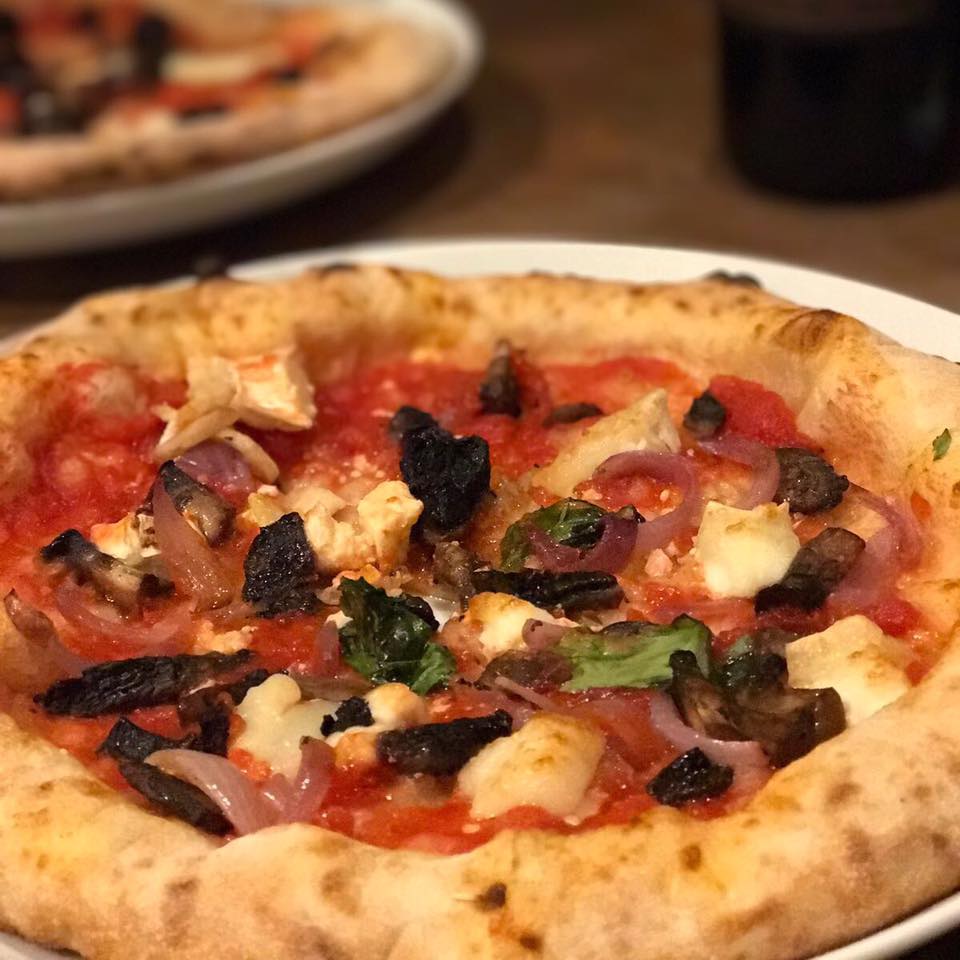 The tomato sauce had the brightness of fresh Tomatoes, and it perfectly accompanied the melty Mozzarella and anise notes of the basil, which garnished the tops.

The crust had some nice black spots on the underside and had a good depth of flavour.

One thing is for certain – this pizza tastes authentic.

Onto dessert, you can’t beat homemade!

Whilst my partner eyed up the Brownie, I selected the Lemon Tiramisu, made with Fresh Lemon. 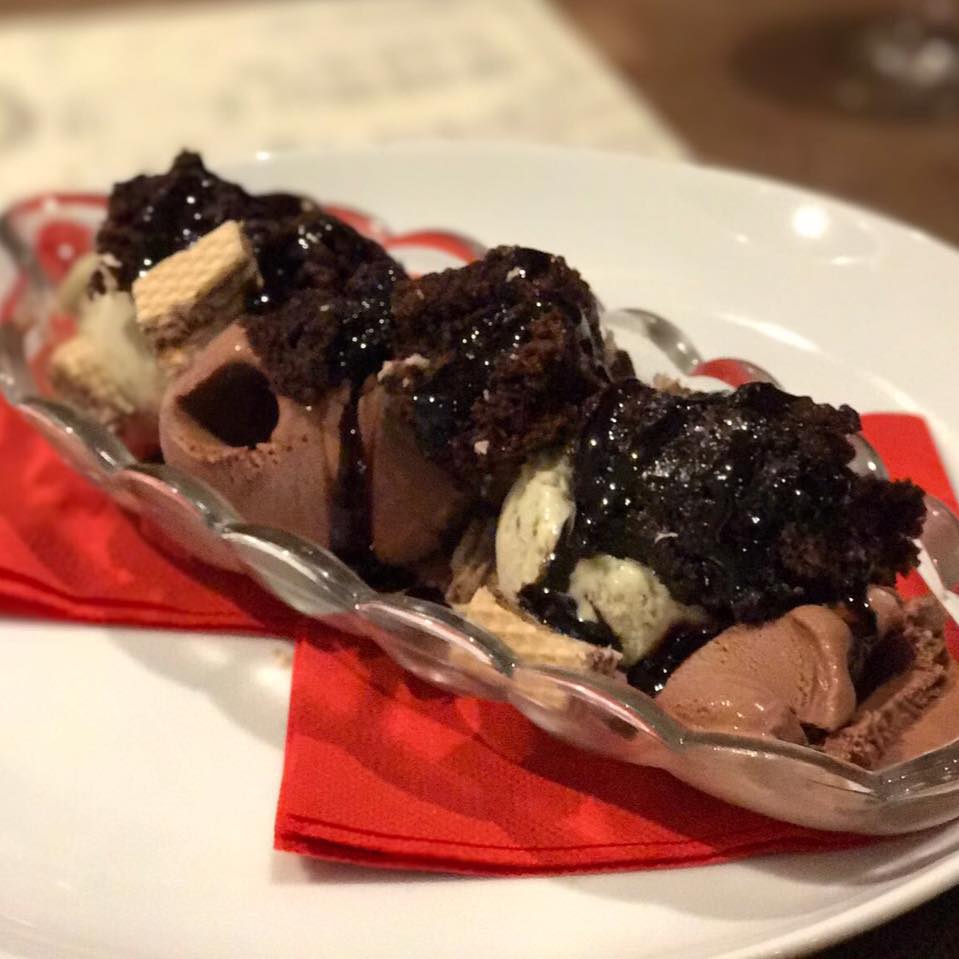 Both desserts lasted less than two minutes and after two pizzas, in my book that’s a good compliment!

While the dining room was packed on a Friday night, service was attentive and smooth, and we felt we’d been whisked away to Italy for the evening.  You can even eat alfresco at the front or back.

Now, instead of boarding a plane when our pizza craving hits, we’ll just head straight for Oakfiered. Oh and the best news is, they even do takeaway and morning coffee!”

Want a pizza the action?