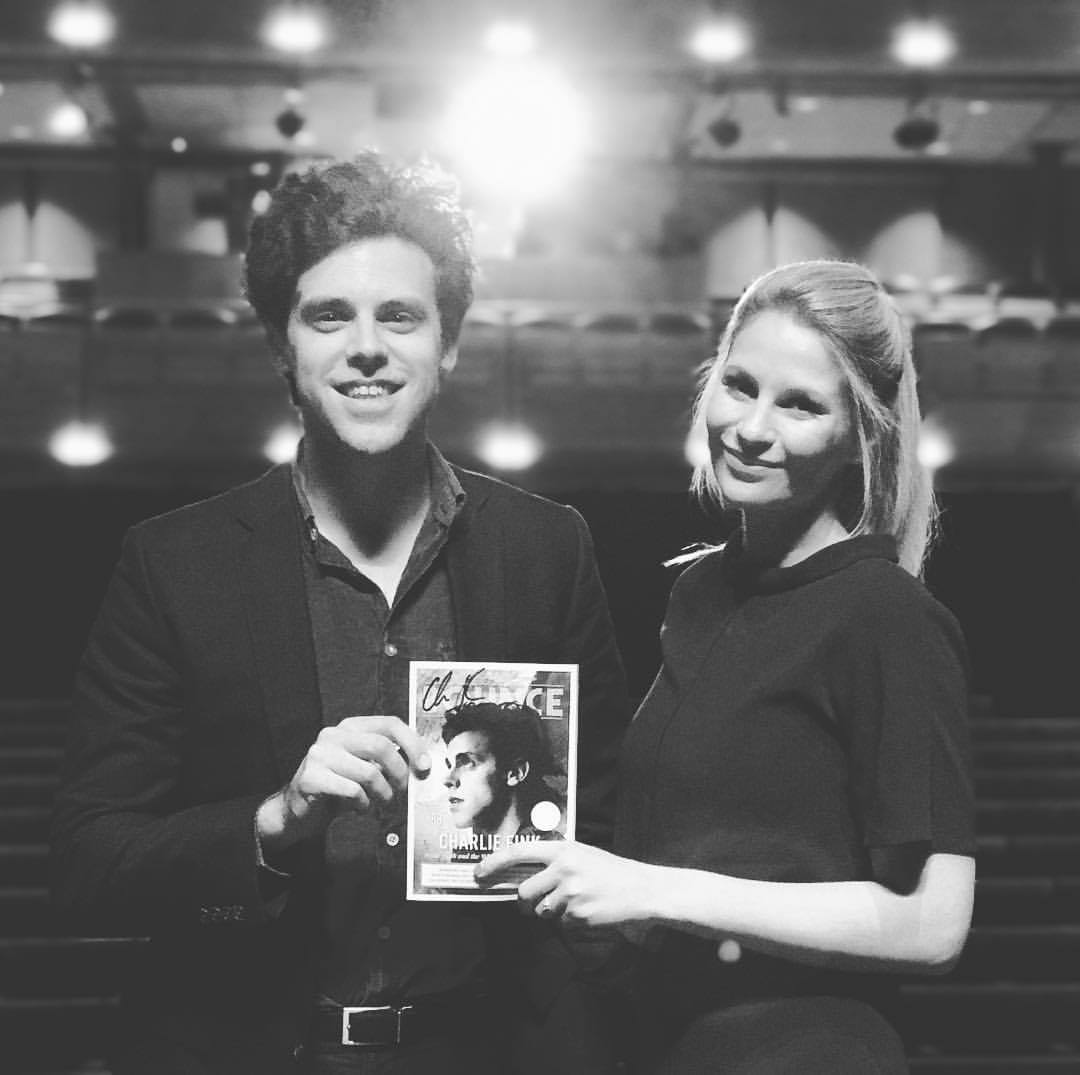 Charlie Fink takes to stage alongside actress Rona Morison, combining storytelling in song and speech, in a melancholic tale of the disappearance of a depressive singer-songwriter.

Charlie teamed up with playwright David Greig, who fashioned a script around accomplished songs from the new album.

‘Cover My Tracks’ is an unusual proposition.

This was a first for me part gig, part theatre performance, but the outcome none the less, was a most unique and extremely compelling experience.

There are some dark moments touching upon depression and suicide, with some surprisingly humorous and touching ones thrown in.

Rona plays a character who is grieving for her lost friend, played by Charlie. His character is a songwriter who disappeared without a trace after brief commercial success. 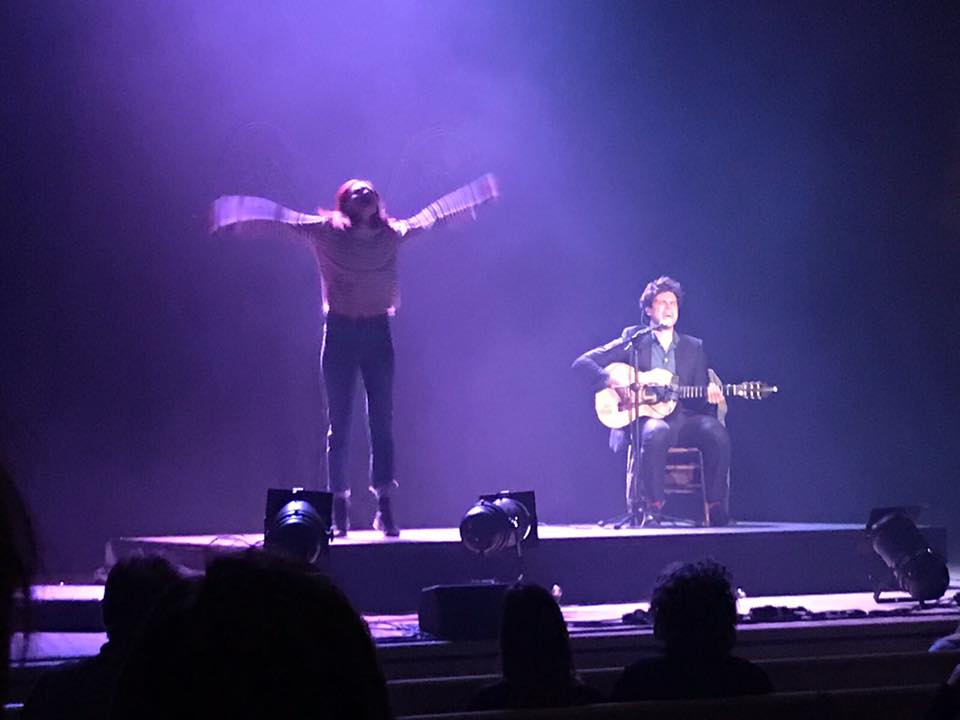 She talks to his character, reminiscing about their time together as she wanders the country, searching for signs of him. The show, is for the most part, an inoffensive acoustic guitar led singer-songwriter affair, with pleasant music and interesting lyrics.

“In a world of iPhones, where anyone carries a studio in their pocket, the most powerful thing to do would be to leave a big album-shaped hole in the world”, states Charlie’s character. What a notion that would be!

Gender is a somewhat fluid concept throughout, which is an interesting angle, but proves a confusing and underexplored level in practice. The two characters are never named. Perhaps the intent is the sense that this could apply to anyone? 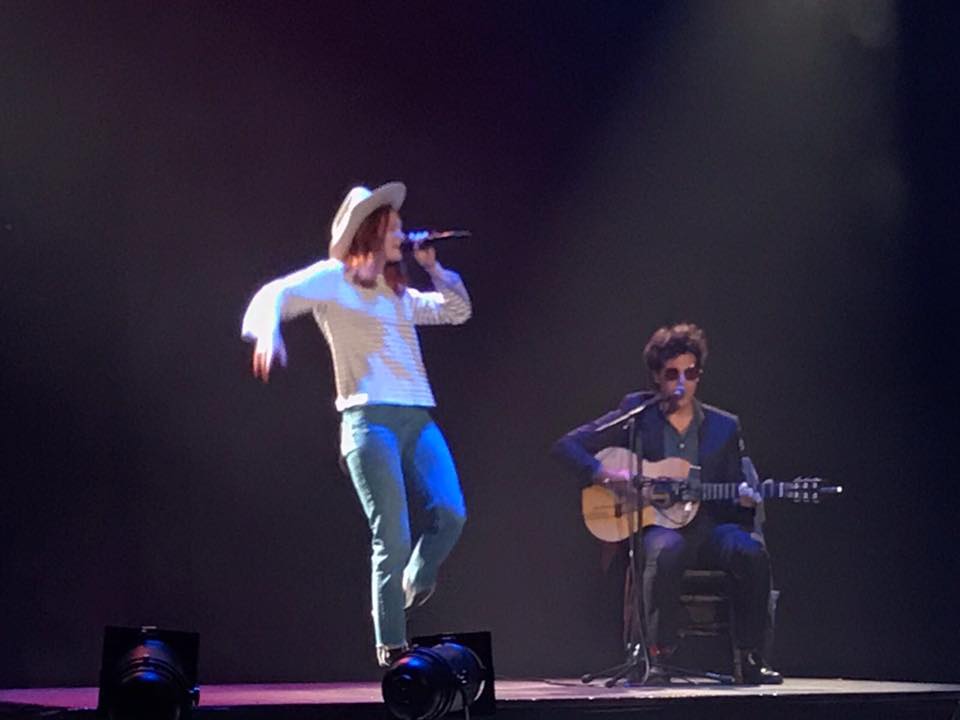 It’s far from a conventional play. The staging is incredibly simple, a small stage surrounded by festoon lights, a genius move as there is more time to focus on the poetic storytelling and wistful, folksy guitar sound.

Charlie delivers most of the music, sat with his guitar throughout the performance.

I particularly liked the upbeat rendition of “Anywhere You’re Going Is on My Way”, which was adapted for the show.

At times I sat in tears, shortly followed with a giggle of laughter. Its a bold, unique and compelling piece of gig-theatre!

Fans of Noah and the Whale and will not be disappointed with this indie-folk score.