So it’s February and you’re probably kicking yourself having already let the New Year resolution slip?

Well fret not because Action Man is here to give you another dose of inspiration, this month it’s in the form of Brazilian Jiu-Jitsu.

BJJ is a Martial Art that focuses on grappling and ground fighting that was developed by the Gracie family in the early 1900’s, which promotes the concept that a smaller, weaker person can successfully defend themselves against a bigger, stronger, heavier assailant by using proper technique, leverage, and most notably, taking the fight to the ground, and then applying joint locks and chokeholds to defeat the opponent.

Now, we all know by now that I’m not particularly large in stature, so I was keen to give it a go when and I visited Dynamo FightSports BJJ team, who train at the Grange Fitness & Performance Centre in Martlesham. 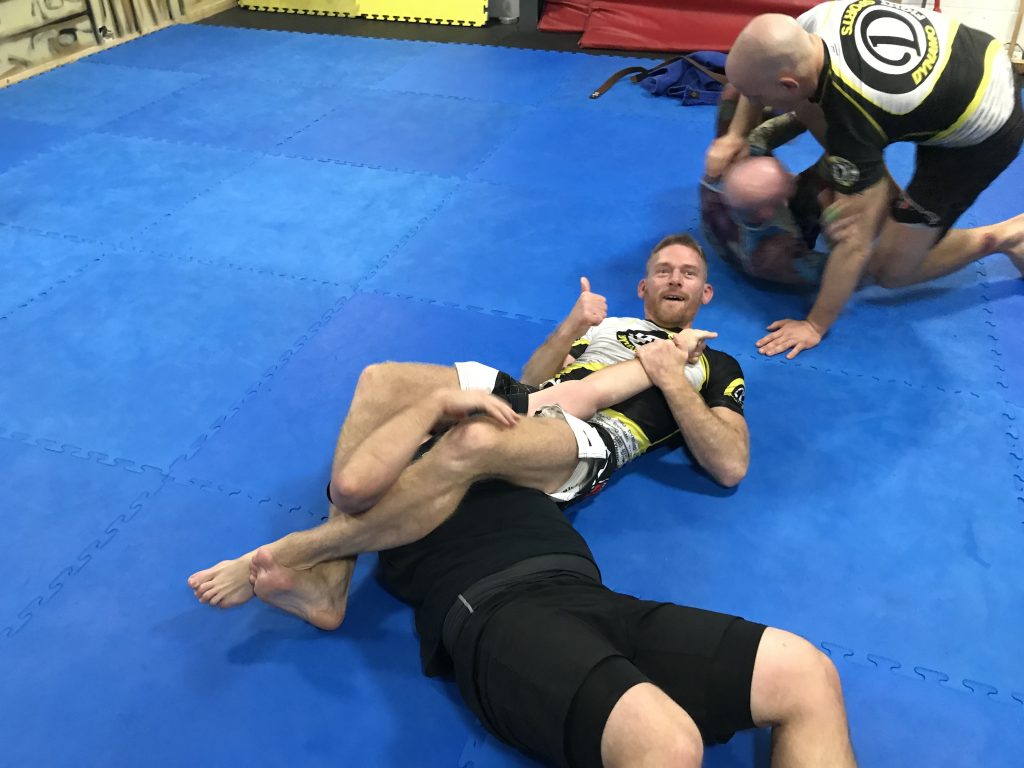 The group boasts an impressive wealth of championship winners but are very keen on introducing beginners to the sport and I was welcomed with open arms, quite literally…(more on that later)!

The session started with the important warm up, particularly for a man who looks like he swapped his sporting endeavours for competitive eating over the festive period! (Note for editor: need a bigger Uniform). This was followed by a series of drills, basic movements and sequences that formulate the foundation of BJJ. The instructors and experienced members were excellent and very patient in helping me learn and understand the actions. 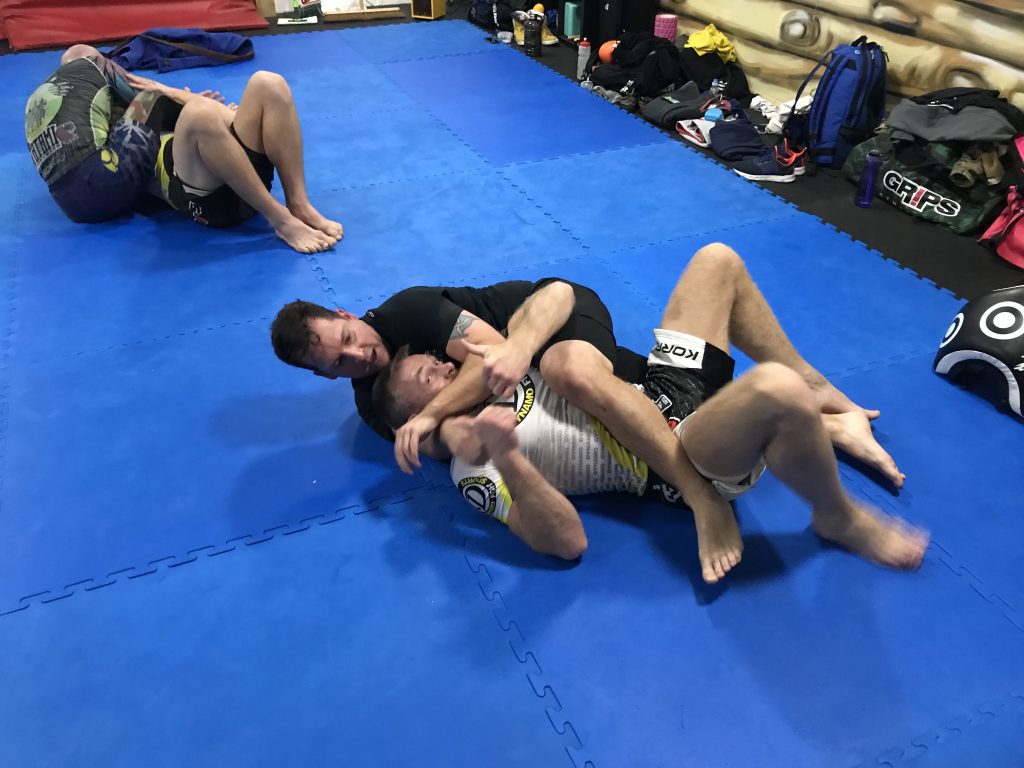 It was time to put all that into practice with some sparring, as a beginner you’d spend more time on the drills but Action Man puts his body on the line for your reading pleasure! Now it’s fair to say the step by step in slow-motion is much easier than trying to remember everything I’ve just learnt whilst someone is on top of me trying to do to me what I’m trying to do to them. Here you fully understand the BJJ methodology, whilst I tried with all my Might, I could not budge an inch of the smaller chap who had me pinned. However, when I faced a larger opponent and focused on my technique… bingo! Landed the submission I was looking for. Precision over power, function over force that’s the BJJ way and what a great experience it was.

Now, I’ve been Action Manning for almost 5 years and this was one of my most physically demanding reviews ever, so if you’re looking for something new in 2018 then Brazilian Jiu-Jitsu is certainly for you, I know I’ll be back, not only will it be great for fitness but you’re joining a family. 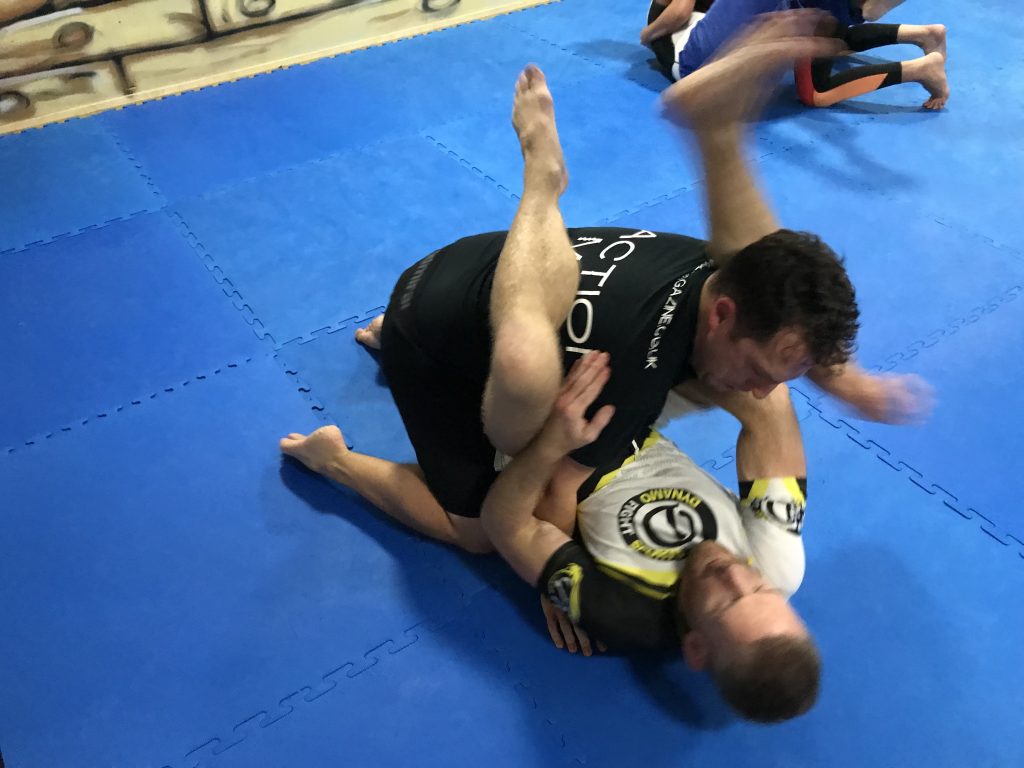 Search for Dynamo FightSports BJJ Team on Facebook and Instagram, then get yourself down to Grange Fitness & performance centre, 23 Betts Avenue, Martlesham IP5 3RH on Mondays, Wednesdays, Fridays 6.30 to 8.30pm and Sunday mornings from 10, tell them Action Man sent you.

Action Man says: you’ll want to give BJJ a go, at Dynamo.