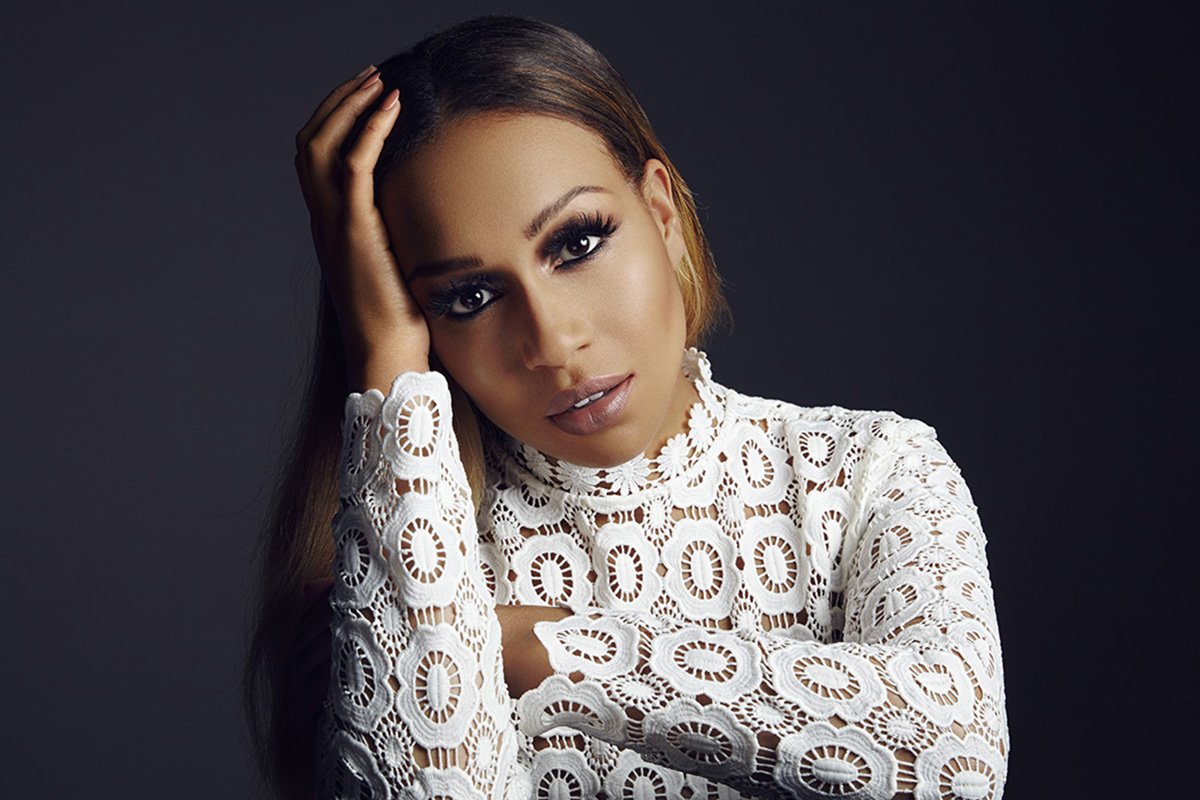 The amazing Rebecca Ferguson, whose voice has been compared to Aretha Franklin, Nina Simone and Dusty Springfield, has recently announced her rescheduled UK tour dates, which will kick off this month.

Her new album forged from heartbreak and a tale of lover’s abandonment combined with the bittersweet joy of giving birth to his child, Superwoman is infused with the strength of a woman who has finally taken control.

Following her last album ‘Lady Sings the Blues’ and Rebecca’s amazing debut album ‘Heaven’ which sold over a million copies, she is currently working on a new album, which is almost complete.

R: Many people will remember you from the 2010 series of X-Factor, what was the experience like?

Oh gosh! It was amazing to be honest; I’ve got lovely memories. It was a good laugh, but at the same time it was really stressful!

R: I remember watching the series actually… I voted for you!

R: I must say as a viewer, at times, it is tense to watch, so I can imagine that being behind the scenes and actually being in the competition must have put extraordinary pressure on you?

Yeah, you have to forget that people at home are watching, because if you start thinking about the amount of viewers out there, you’d just not even go on stage, so I had to think to myself, ‘I’m just performing for this room’.

It was just so nerve racking, but at the same time I think it was perfect for me because it helped me to grow as an artist and as a person. It was fun as well, I had my kids really young, so it was a bit like being at university, we all lived in the house together and had a great time.

R: Did you try auditioning anywhere else before appearing on the X-Factor?

I tried so many! There was Britain’s Got Talent, I tried the X-Factor twice before 2010, but never got through to the judges stages and I’ve even had an audition in New York… I just didn’t get through for any of them until 2010.

R:  When you were younger did you always want to be a pop star?

Yeah I did you know, my earliest memory was me trying to write songs, so I’ve always wanted to sing. 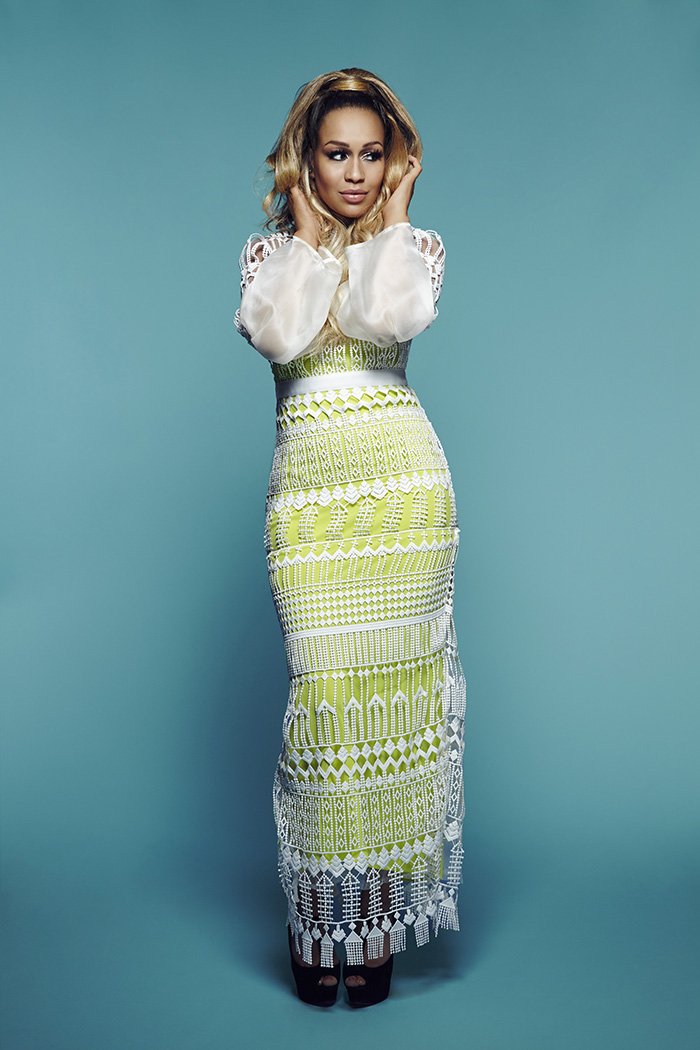 R: I’ve always wanted to do that too, but unfortunately I don’t have the voice for it. Some of us have the aspirations but not the equipment to go with it, so for you, it must have been a dream come true to become a pop star?

It was, the X-Factor was surreal… it was very surreal. I remember being at boot camp; I think they have an idea of who they want to go through at this stage.

I kept on moving further backwards on the stage behind the others, and then I remember the producer saying ‘no Rebecca come to the front right in front of Simon,’ and I said ‘but I can’t Simon makes me nervous.’ I didn’t realise as I got through the stages how far I was getting, throughout the whole thing I wasn’t aware that it was real for me.

It was stupid of me, but I just couldn’t believe what was happening.

I started off listening to Gospel music actually, which stemmed from my mum. Then with age I listened to Whitney Houston and Cher, they were probably the first records I listened to and I was absolutely blown away. Tracy Chapman was a also big influence along with Michael Jackson.

R: Do you think these people have influenced your own music style?

I make a conscious choice to not listen to other people’s music when I write my albums. Adele’s album came out and I didn’t buy it until my album was pretty much done.

I held of buying a few peoples albums, as I didn’t want to be influenced at all by anyone else’s sound whilst recording, I wanted it to be completely me.  I go into my own zone.

R: Your last album ‘Lady Sings the Blues‘ consisted of Billie Holiday covers. After co-writing your first two albums, how did it feel to perform someone else’s songs?

I didn’t think I would enjoy it, and I wasn’t completely for it until I recorded some demos. I then listened to the songs and I loved them. I then agreed to do ‘Lady Sings the Blues’ and it was the right decision I think.

R: Why did you choose Billie Holiday songs to cover?

She was somebody that was recommended to me; there was talk of a Billy Holiday film that I was supposed to be starring in.

R: That must have been quite a compliment?

Yeah, it was lovely, they approached me, as they didn’t have anyone that could do this at the time, but they thought I could handle the songs.

Initially my pride lead me to say no. I was like, ‘I write my own music’ and I was very proud.

Then I started working with the musicians and I was humbled, as some of these people had been working with Frank Sinatra, Ray Charles and Sammy Davis Junior.

I learned that a lot of other performers such as Ella Fitzgerald, along with Frank Sinatra and Sammy Davis Junior also sang these songs. 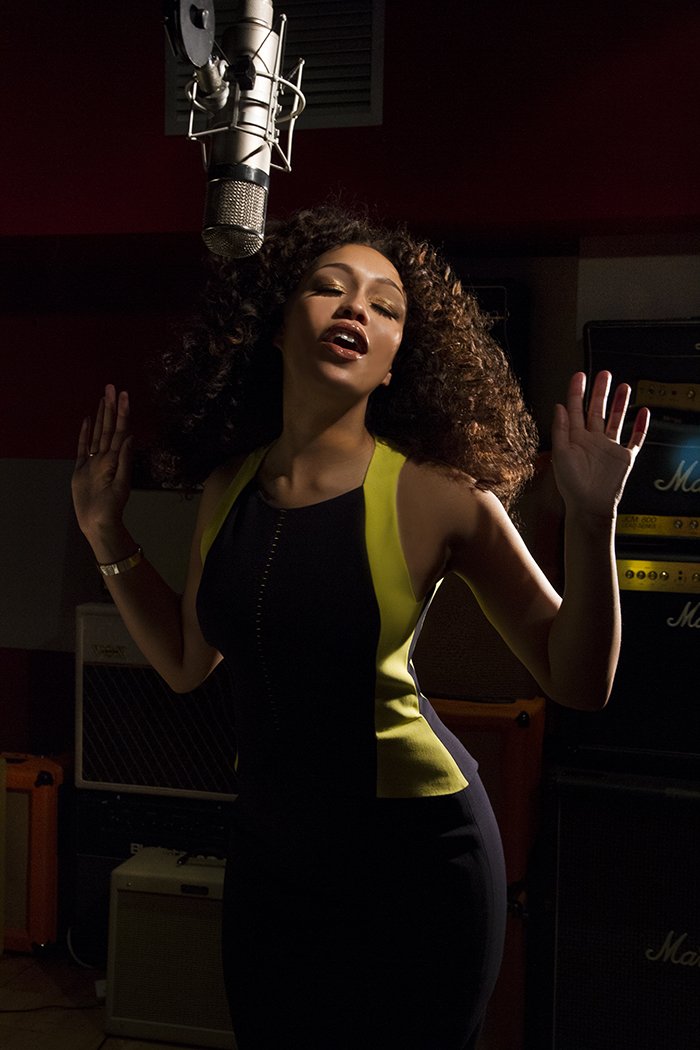 R: Can you tell us anymore about the new album due for release soon?

I am really excited about the new album, it’s taken a year and a half to perfect it and I literally only finished it last night. I am hopeful, and I just hope everyone likes it as I’ve really tried to get it right,

I hope I’ve done enough. It’s very personal about my life and emotions I have been through with pregnancy and with my daughter’s father, so I hope it’s an album that people will relate to.

R: Do you have a favourite track on the new album that you enjoy listening to?

I’ve got a song on their called ‘Hold Me’ at the minute it is one of my favourite songs on the album.

I think maybe my fans will like it as well, it was one of the easiest songs I’ve ever written, and it came out very naturally.

R: Your tour ‘Lady Sings the Blues’ starts in October and stops by us Ipswich, what can we expect?

The tour is a mixture of my first album, second album, ‘Lady Sings the Blues’ and the new album, so it’s not going to be just a jazz tour, which I think it was originally marketed as, but its just a mixture of all my favourite songs from the albums, as well as a few classics.

It’s just going to be a fun night and a good laugh, where people can come and forget their stresses.

R: Do you enjoy being on tour? As a mum it must be tough?

I don’t like missing them! I can’t cope without them. It will be fun for them too. 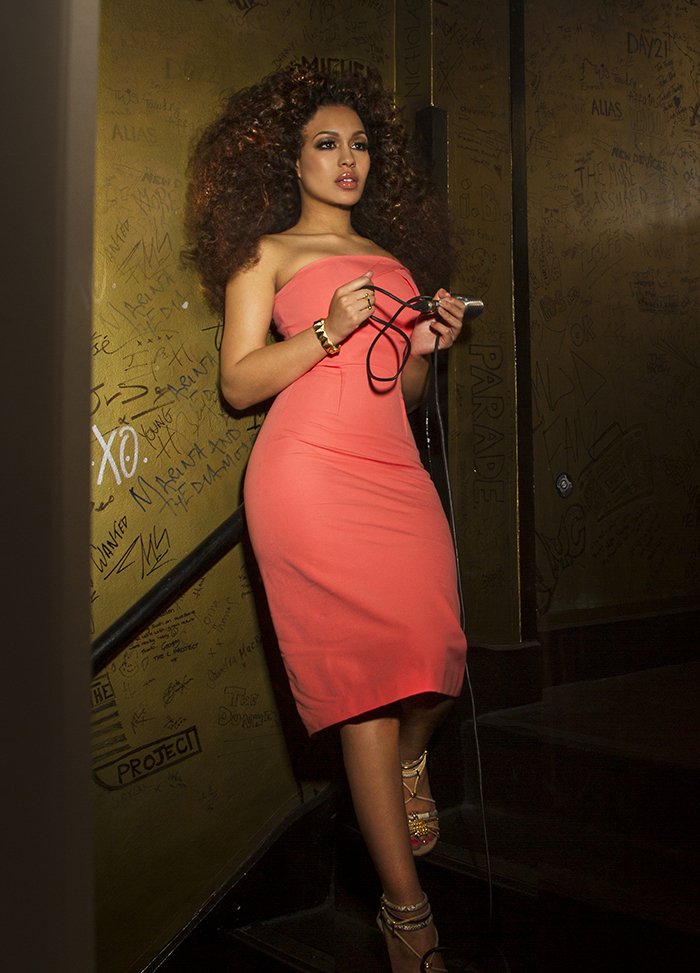 R: What does the rest of the year hold in store for you once your tour is complete at the end of October?

I’ve got the new album so people may be seeing me on television a lot promoting this, and next year, I actually don’t know what’s going to happen, there are talks of a European tour!

R: Thanks Rebecca for your time, I hope everything goes well with the tour and we look forward to the release of your new album.

Thanks Rachel it’s been lovely chatting with you.

From the very lowest moment in her life the extraordinarily talented Rebecca Ferguson has produced a breath taking new album, ‘Superwoman’. It is set to be released 14th October.

Rebecca is playing at Ipswich Regent Theatre on 9th November 2016. For tickets go to www.ticketmaster.co.uk.