Big, beat-conscious and astonishingly diverse are not the adjectives that might have sprung immediately to mind with regard to Newton Faulkner in the past. When he first emerged in 2007, NEWTON FAULKNER was the fleet-fingered prince of sparkling guitar pop.

A graduate of the Guildford Academy of Contemporary Music, the Surrey songwriter had a million selling Number One hit with his debut album HAND BUILT BY ROBOTS.

The singles DREAM CATCH ME and I NEED SOMETHING still soundtrack festivals all over the world, along with his innovative cover of Massive Attack’s TEARDROP. This is a man who knows how to entertain and to enthrall.

He was the singer-songwriter once tagged ‘the British Jack Johnson’ and tossed in alongside sensitive, strumming troubadours in the tradition of Jackson Browne and James Taylor. He was the guy with the dreadlocks he had been cultivating since the age of 15, the one who flayed the hell out of an acoustic guitar whenever he played live.

That was then. These days, Newton Faulkner is a different proposition, and his audacious new album, Human Love, is a colourful statement of intent. His fifth studio collection, and his first for new label BMG, it is an alluring maelstrom of rhythm and harmony. Embracing racing drums, African percussion, chanted choruses, ambient interludes and the most imposing hooks of his career to date, it combines a more forthright writing style with a greater emphasis on beats and texture.

Now, off the back of storming performances at Boardmasters, Solfest and Greenbelt Festivals this summer, October will see Newton embark on a 37-date tour around the UK, as follows:

Newton Faulkner speaks to Rachel Ducker about his career to date, recent album and upcoming tour. 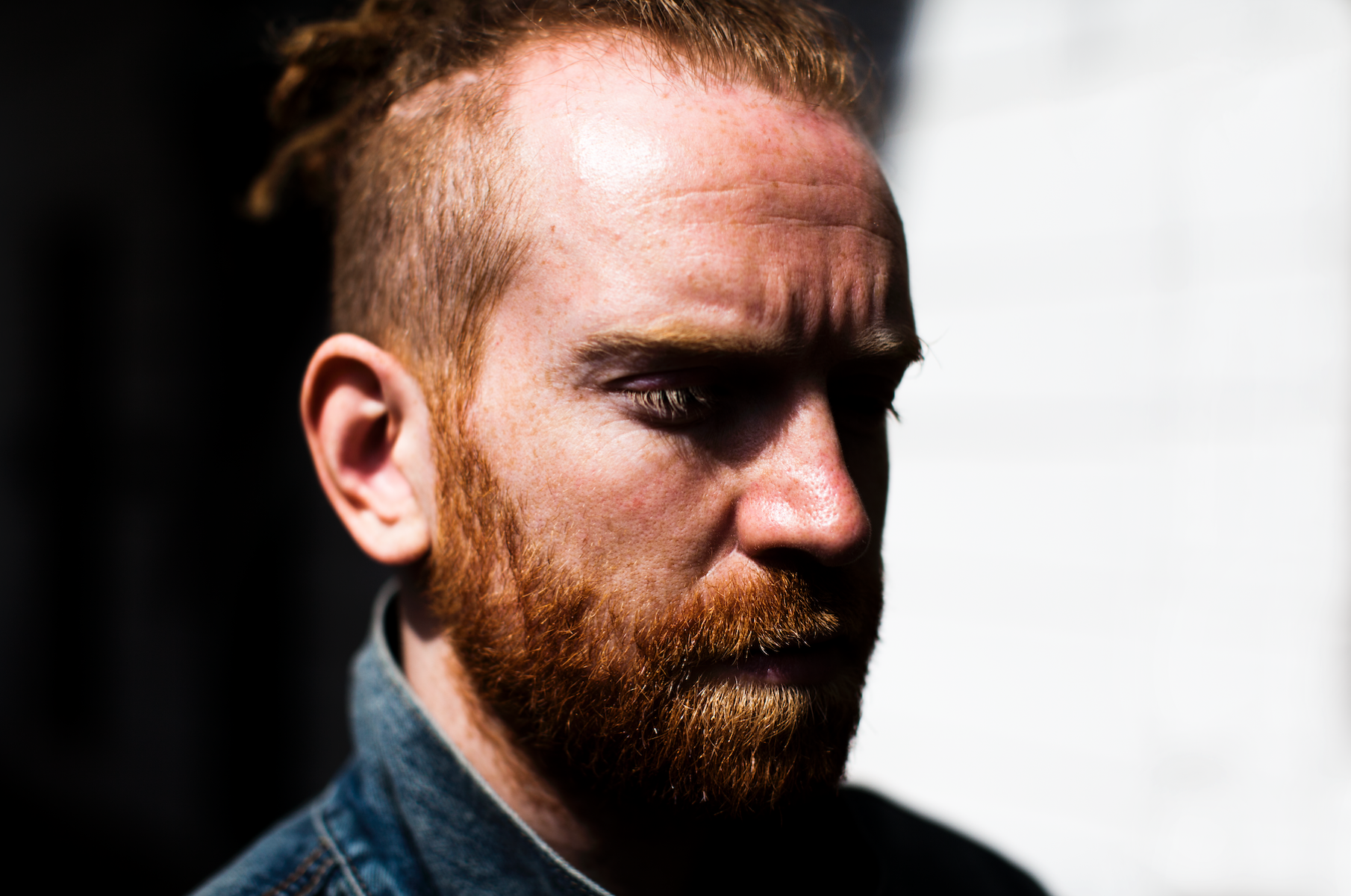 R: Good morning Newton how are you today?

R: Great! So I am going to fire straight into the questions… When did you first discover you had a passion for music?

There were two things that were held in high regard when I was growing up, music and comedy… I don’t know if that is normal?

My parents were always passionate about music and about musicians. My mum sang and my dad was in a band when he was younger, so there were always a lot of guitars lying around the house.

I remember my dad teaching me “(Sittin’ On) The Dock of the Bay” on the guitar when I was old enough to play a bar chord.

I didn’t leap into playing the guitar after that, it was a bit later when my friends started a band. One played the drums and the other two played the guitar, so basically if I wanted friends, I had to play the bass, which I did!

It was all the stuff my parents used to listen to actually, like Joni Mitchell and Neil Young.

R: So, it was a good job you had cool parents then, otherwise it could have been a different story?

[laughs] yeah, I think I was quite lucky!

R: If you could collaborate with anyone, past or present, who would it be?

I am quite bizarrely insular [laughs] I produced most of the last record as well, so I have become a kind of ‘one-man operation’. I wouldn’t want to interfere with anyone else; I would rather just listen to what they are doing.

R: I hear you have a home studio now, does that help with recording process?

Yeah, a lot of people have studios in their homes; I have a proper love/hate relationship with mine. It does require quite a lot of discipline, because it’s in the house and you could just be like “oh I won’t do it right now, I’ll have a cup of tea and play the Playstation”. However, on good days I do get a lot done.

R: Do you ever struggle with a work/life balance? Is it hard to switch off when you’re ‘in the zone’?

Yeah, it’s almost impossible. I can go for two days and get complete tunnel vision! [laughs] 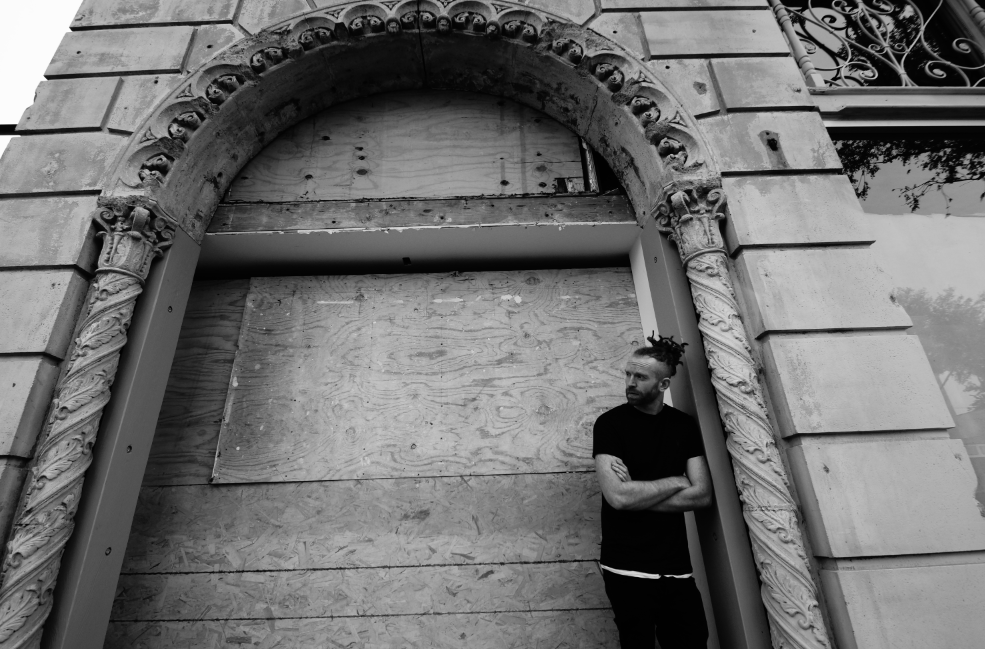 R: Where do you take your inspiration from when you are writing?

Literally, everything, I try not to rule anything out of my thought process.

What’s the point in not only having your own life experiences, but everything you see and hear, and everything you hear about other people lives, if you’re not going to pay attention and make use of it? Write about what you can.

R: You have just launched your sixth album ‘Hit The Ground Running,’ which has a slightly different sound, a little more ambient, what influenced this?

I think I just go wherever I feel like going; I don’t really have any rules. I have always tried to do whatever feels right at the time and at times in my early days, I was close to purist folk and then the next album was polar opposite, it was mainly massive programme drums, which is great fun but hard to recreate live and very expensive!

R: I guess that’s what makes you exciting, as you do find with some artists, they have one style, one genre, and they do have rules, so its nice to hear you go where you want to go.

I know… I am literally trying to decide what I want the next album to sound like! There’s no limits!

R: That must give you so much creative freedom? Big, beat-conscious and astonishingly diverse are not the adjectives

Ah yeah, especially without a label as well, as it’s the first independent release. So with the other albums there was always someone being like… “can you do more tracks like that?”“can you lean towards that way,” “can you not do that its so f*cking weird!” [laughs]

R: That must be quite stifling?

Yeah it is, but you need it at the beginning, you don’t know what you’re doing and you can’t, as you haven’t done it before.

I think the sixth album was a good one to find my own way. I love making albums; I am not really a massive ‘singles’ guy.

Even in what I listen to I am always drawn more to listening to albums from start to finish, which is massively fashionable at the moment. 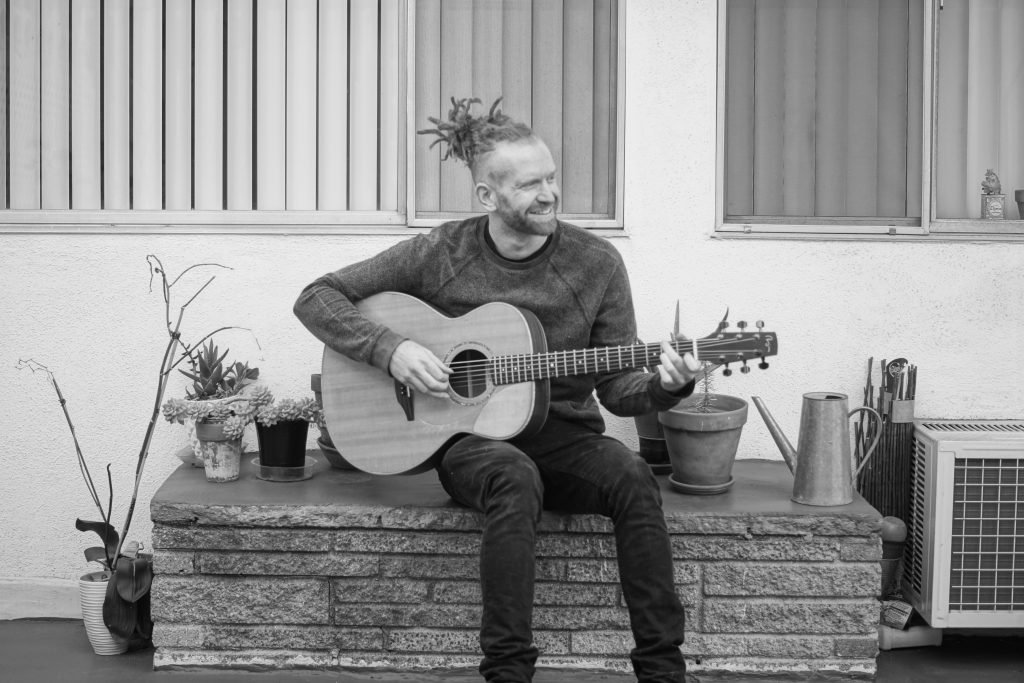 R: It’s becoming a thing again, almost like a rebellion against iPods and iPhones!

There will always be a following for albums; there is a huge demand for vinyls now, especially in Europe. I think it’s great as it’s the best product that music had to offer.

R: Are you currently on tour at the moment?

Yes… so I am currently on the longest tour I have done in my life.

R: There’s a few shows, 38 to be exact, and one of those is by us in Norwich, what can we look forward to seeing?

Well its me on my own this time, I had a band touring with the last album… I really had to as there was no choice! [laughs]

I wrote this album for me to perform solo live, and I didn’t want it just work, I wanted it to excel, and its one of the reasons why the vocals have stepped up their game, which they definitely have for this album, I feel the vocals have caught up with the guitar a bit.

I have always been out on my own a little bit, and I kind of like that. I feel like technically, singing wise, I’ve put in a huge amount of time and effort to do stuff I couldn’t do before, like the stuff on this album I couldn’t have sung maybe two or three years ago.

The reason I am still here is because I love the work, I wouldn’t be here now if I didn’t, I like learning. I can tell I am edging towards going deep into guitar land again, I can feel it coming I have got the urge.

R: When you play live do you have a favourite track to perform?

My favourite and least favourite track are the same at the moment! It’s a track called “Been Here Before,” which is the hardest thing to play, but that’s why I love it [laughs]

Its vocally challenging and guitar wise, its the way the riffs overlap, it’s full on.

R: What has been the highlight of your career so far?

There’s quite a lot, but I think the fact that I am still here. It’s been a long time now, over ten years. I have seen a lot of people appear and disappear. I am never going to do anything else. I could definitely tour for the rest of my life.

R: Thanks so much for your time Newton, it’s been a pleasure to speak to best of luck with the album and tour!

Great cheers thank you, me too!