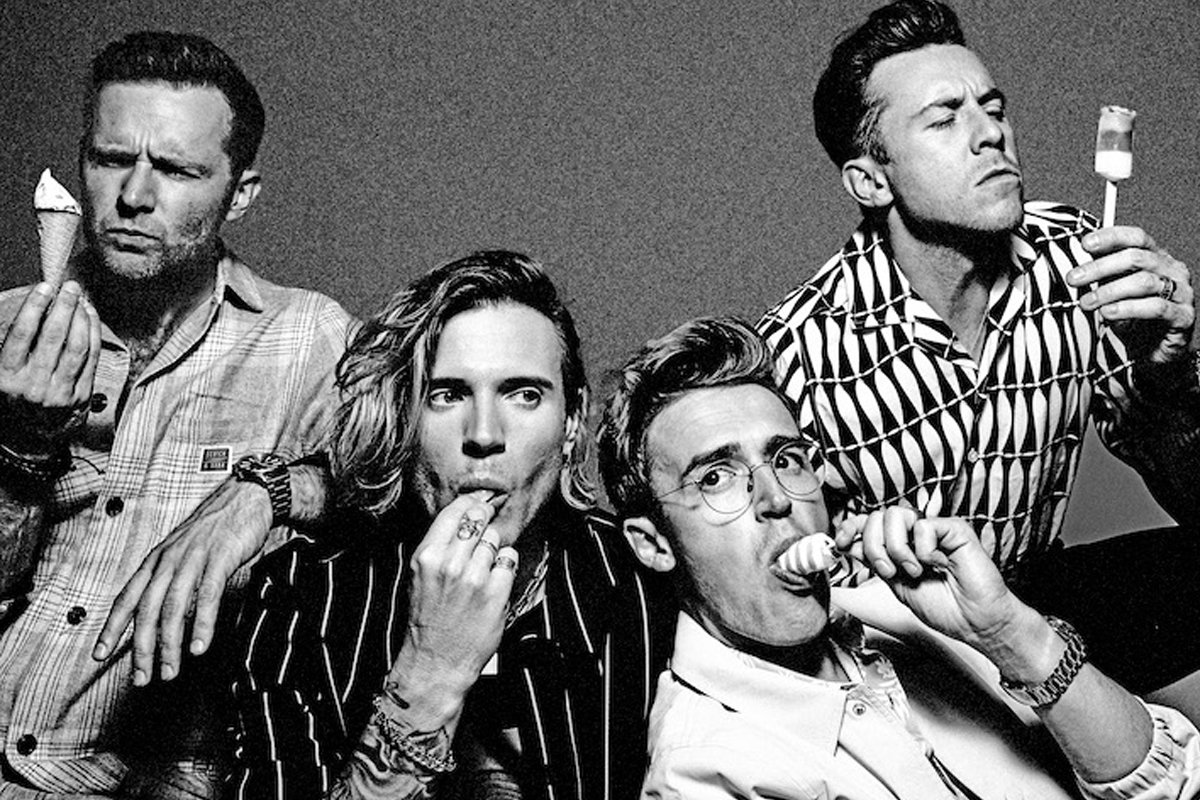 The Jockey Club Live are thriled to reveal the first artist of the 2020 summer season; McFLY. They will headline the season’s family-friendly Summer Saturday Live on Saturday 29th August.

With seven UK number-one singles, five top-ten albums, six sell-out tours and ten million records sold worldwide, McFLY are without question one of the most significant British pop acts of the twenty-first century. Since hitting the big time as the youngest band ever to have a debut album go straight to number one — beating The Beatles’ long-standing record — Tom, Danny, Dougie and Harry have become one of our best-loved bands, not to mention major stars in their own right. Tom has become a wildly bestselling children’s author; Danny a TV mainstay with his regular appearances as a judge on The Voice Kids; Dougie has combined his burgeoning acting career with a passionate role as an environmental campaigner; and Strictly winner Harry has wowed West End audiences, starring in the hit dance show Rip it Up.

Having taken a break after touring as the pop phenomenon that was McBusted — the band return with a spectaular live show playing their best-loved mega-hits such as All About You, Obviously, Star Girl, One for the Radio and Shine a Light.

Sophie Able, General Manager of Newmarket Racecourses, said
‘After delighting the Newmarket audience as one half of supergroup McBusted in 2015, we are excited to welcome McFly back to headline the July Course in their own right. Taking place on the August bank holiday, Summer Saturday Live is a wonderful event for the whole family – with McFly headlining we are sure this will be an unforgettable and fitting end to the summer. This Friday we will also be announcing our first Newmarket Nights headliner – so stay tuned!’

The Jockey Club Live are leading promoters on the UK live scene, delivering spectacular line-ups of some of the hottest chart talent and legendary household names to some of the world’s most famous racecourses. Summer Saturday Live and Newmarket Nights are a staple in the region’s social calendar and each year host tens of thousands of fans of live music. Past headliners have included Kylie, George Ezra and Little Mix.

The events are renowned for combining a fun filled afternoon at the races with a spectacular evening concert in the informal and relaxed open-air setting of the hallowed turf. Newmarket Nights won the ‘Best Event for Groups’ at the prestigious 2018 Group Leisure & Travel Awards.

The Jockey Club racecourses have world-class customer facilities, featuring an array of award-winning restaurants that cater for all tastes, from fine dining through to delicious bistro food. The Jockey Club’s racecourses welcome over 2 million people a year for some of the UK’s biggest racing events so you can be sure a fantastic evening.

Tickets will be on sale at 9am on Friday 15th November via thejockeyclublive.co.uk, with a presale available to customers at 8am on Wednesday 13th November. Tickets are priced starting at £42.56 for adults and £21.28 for children (inclusive of fees). Please note child tickets are limited and for ages under 16. All T&C’s are available on newmarket.thejockeyclub.co.uk. There will be hospitality packages available to suit all budgets.