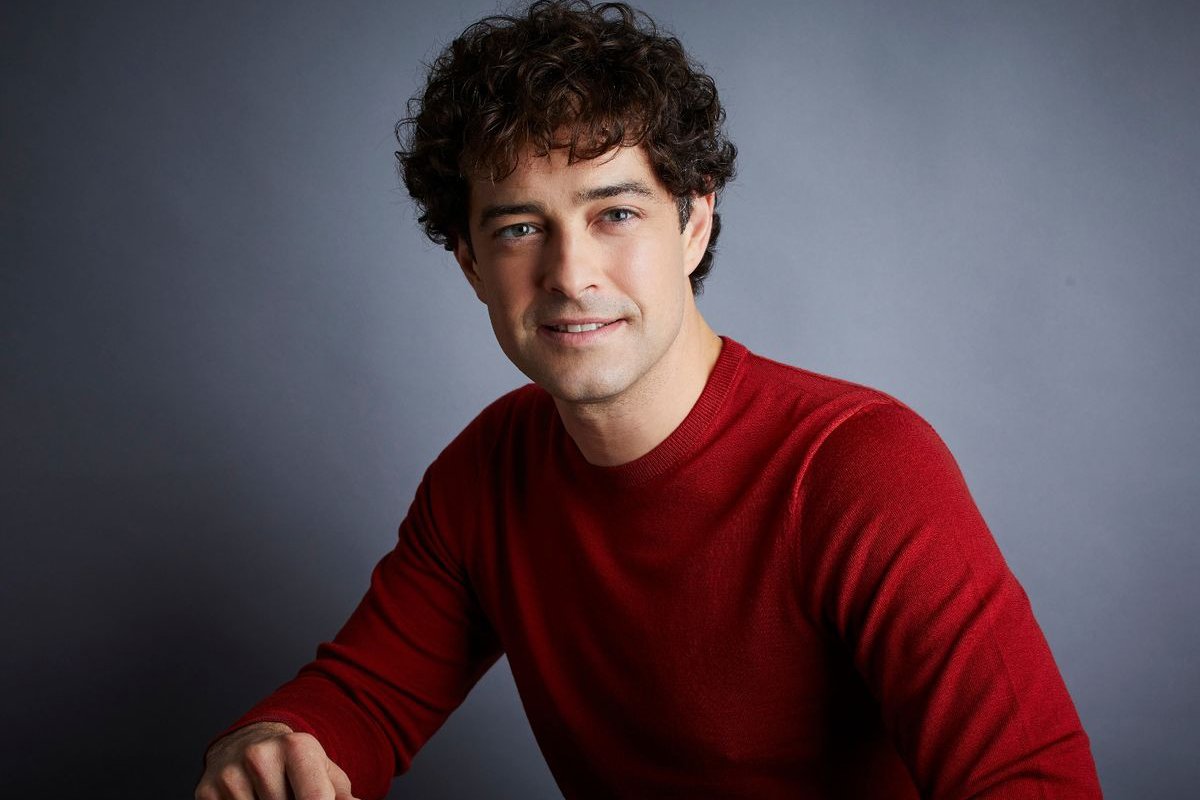 Lee Mead shot to fame in 2007 when he won TV’s Any Dream Will Do and was cast in the lead role of the 2007 revival of Joseph’s Amazing Technicolour Dreamcoat.

Lee made his debut in BBC One’s Casualty in March 2014 playing the popular character Lofty Chiltern and was shortlisted in the 2015 National Television Awards as Favourite Newcomer.

The song stylist and actor with hit musicals Joseph, Wicked, Legally Blonde and BBC ONE’s Casualty amongst his credits, announces his return to the live arena this year with SOME ENCHANTED EVENING, a 10 date concert tour which kicks off in July and concludes in December with a special Christmas themed show at London’s Garrick Theatre.

On this, his fourth UK live outing, Lee will turn back the musical clock to the golden age of Hollywood and celebrate some of the classic songs that that have become a part of our musical heritage.

Q: Which Hollywood hits will you perform in your new show Some Enchanted Evening?

All my favourites from the golden Hollywood era: Singin’ In The Rain, which was made famous by Gene Kelly in the 1952 musical; Where Or When, originally performed by Judy Garland in Babes In Arms; Luck Be A Lady from Guys And Dolls;   The Way You Look Tonight from the film Swing Time; I Fall In Love Too Easily, which was sung by Frank Sinatra in the film Anchors Aweigh; and, of course, Some Enchanted Evening from Rodgers and Hammerstein’s South Pacific.

Q: What draws you to this type of music?

As a boy I used to watch lots of the films that featured these amazing songs.  I  feel really comfortable singing this type of material.   I think that’s because I connect with the meaning behind the lyrics and love the musical arrangements.   On this tour my MD Mason Neely has created some great new arrangements but the songs still retain their authenticity.

Q: Your Casualty co-star, Amanda Henderson (who plays Robyn Miller) is on tour with you, too. How did that come about?

Five months after I began my role as Lofty in Casualty, I heard Amanda singing Eva Cassidy’s Over the Rainbow in her dressing room, which is next to mine. I hear a lot of good singers but her voice is very special.  I invited her to join me on the tour and she said yes which is great.  Although she’s been in the    Les Miserables film and the West End show Oliver!   She’s not toured in this way before and I’m really excited about singing with her. We’ve been working on Casualty together for two years and she’s become a really close friend.

Q: Is it true that your role in Casualty was written especially for you?

Yes, and I’m really grateful to the executive producer Oliver Kent for giving me this huge break.   He wanted a new nurse in the show who had a big heart and cares for his patients with a unique insight and so they created Lofty.

Q: How do you manage to combine filming Casualty and touring?

I mostly film during the week and the majority of the shows are on weekends and I can’t wait to take the new show out on the road.

Q: What are the downsides of fame?

I can be quite a shy person and in the beginning I felt a bit like a rabbit caught in the headlights.  Since then, I’ve become more comfortable and realise it goes with the territory.

Q: You’ve been working on your fourth album. When will it be released and what songs have you chosen for it?

It will be out in time for Mother’s Day next year and it will feature a lot of the material from my Some Enchanted Evening tour. The idea came to me after I sang that title song in The West End Men show two years ago.  It’s been eight years since I starred in Joseph and I’ve always been asked why I’ve never recorded songs from that era – now I am. It’s very exciting and the album will have a fresh, modern take on songs from that period.

Lee Mead will tour with Some Enchanted Evening from 19 June through 6 December www.leemead.co.uk