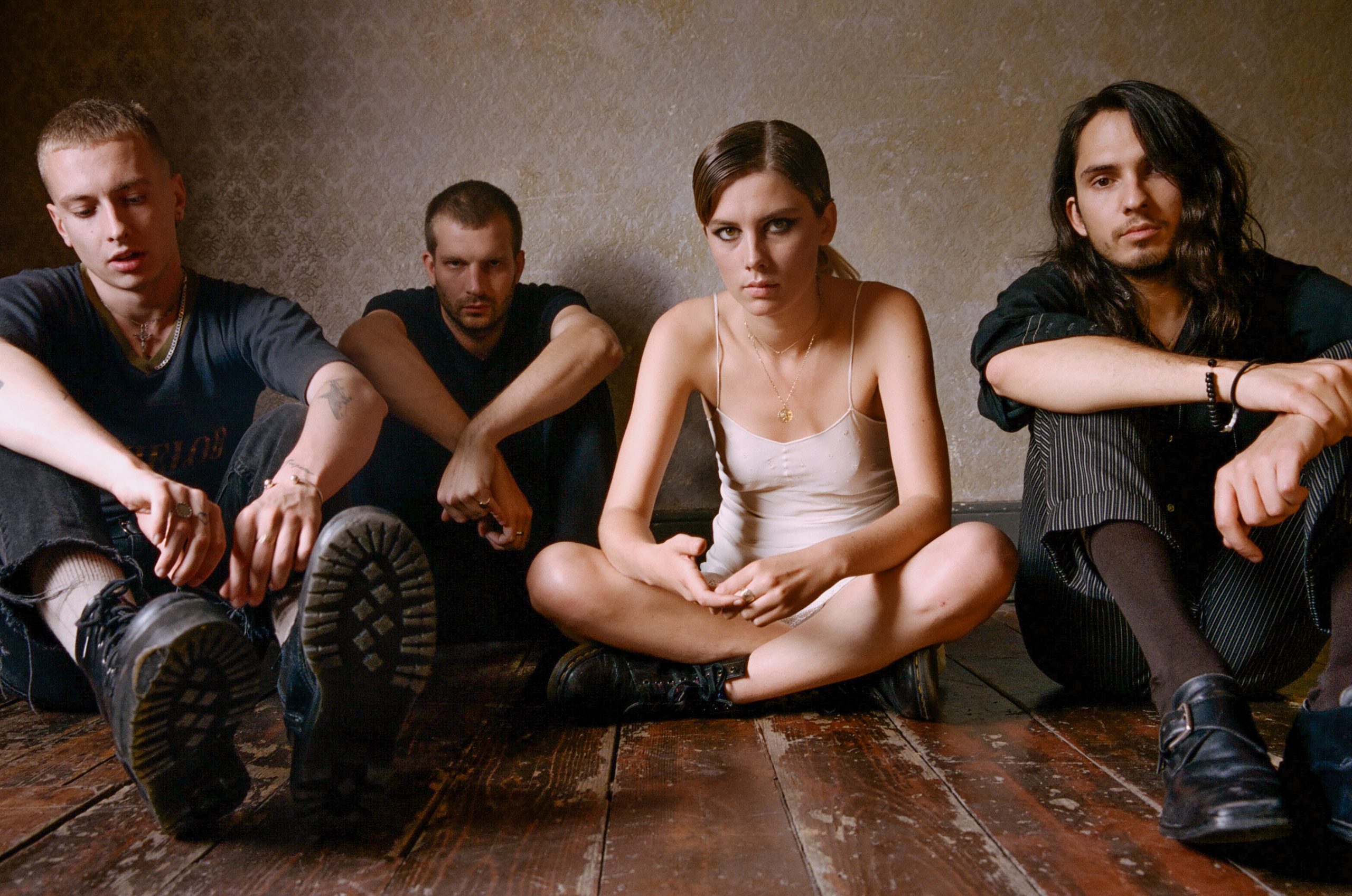 Leader of the pack, Ellie Rowsell of Wolf Alice…

Listen to the interview here…

The band’s debut album, MY LOVE IS COOL, hit #2 in the UK Charts in June 2015 and #12 on the Billboard Chart in the USA. The band were nominated for the Mercury Music Prize; an Ivor Novello Award; a Brit Award for Breakthrough Act and a Grammy for Best Rock Performance; and took an NME Award for Best Live Band.

When WOLF ALICE finally came off the road, instead of floundering or foundering, they channelled their restless energy into a forward motion. Regrouping in London, they spent intense weeks in the rehearsal room, working out their experiences in a wealth of new material. With the bones of VISION OF A LIFE in place, they headed to Los Angeles to turn the songs into an album with producer Justin Meldal-Johnsen [Paramore, Tegan and Sara, Beck, Nine Inch Nails] with Tom Elmhirst [David Bowie, Arcade Fire] mixing. 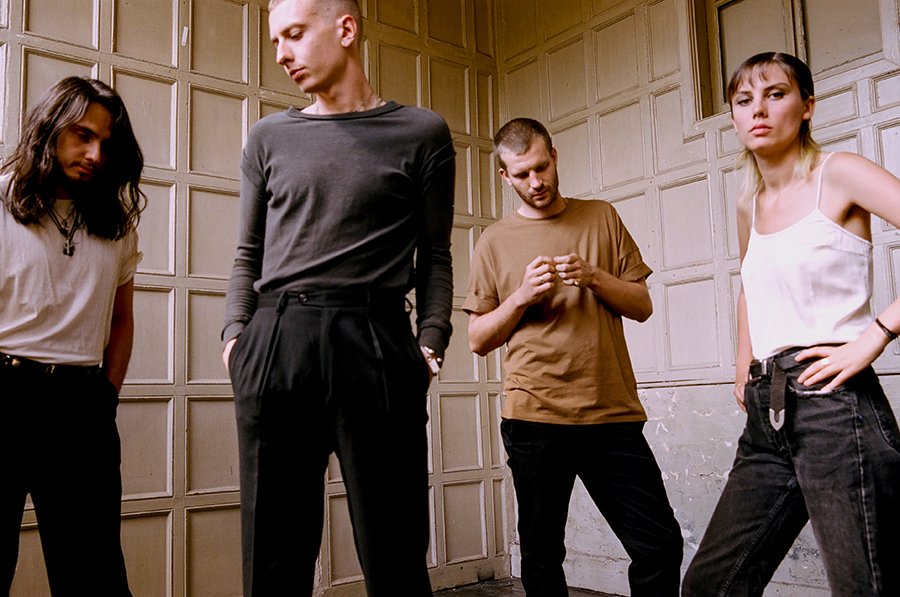 WOLF ALICE have revealed BEAUTIFULLY UNCONVENTIONAL, the latest single from their eagerly anticipated second album VISIONS OF A LIFE.

The infectious and boldly grooved track shows yet another musical side to WOLF ALICE, whilst lyrically following in the footsteps of early career highlight BROS as an ode to young female friendship. The track further cements their reputation as one of the biggest breakthrough independent bands of recent years.

I don’t really remember, my dad was always into music and I played Irish music on the flute and tin whistle when I was growing up. Then I picked up a guitar when I was about fifteen and started writing songs here and there for a bit. I kind of just got gradually more serious about it.

R: How did the band form?

We had mutual friends, I wanted to play some live shows but I wasn’t a very confident guitarist, so I got in contact with Joff, and I had mutual friends who were friends of Joel and Theo, who recommended that they could help us out and then we formed a band.

R: The name ‘Wolf Alice’ is rather unique, how did you come up with the name?

R: Does that have any symbolic meaning to you?

I like the themes and concepts of all of her writing really, they are always adult fairy tales, there’s always a strong female within, its quite fantastical and all the lessons learnt within you can translate into real life. It’s just something I like.

You touch upon having a strong woman influence, have you found there have been any particular hurdles or challenges being the front woman of a band?

Yeah, of course, when you’re the odd one out. I work with a good team so it hasn’t been too bad., sometimes its weird being the only girl.

R: I guess it can be quite nice as well?

Yeah, you can feel special sometimes!

R: To begin with you were more indie folk band but you seem to have transcended into raucous rock, is there a reason for the change?

No not really, we started off with the equipment that we already had, sometimes it was easier when we were playing shows in the city to just bring acoustic guitars rather than bringing a drum kit and stuff. So when we felt more confident we moved to electric and evolved from there.

R: Do you think that genres are becoming less important?

I think with the nature of streaming that genres aren’t really important anymore, well I mean, to some people they are, but we are kind of spoilt for choice, we now listen to playlists rather than albums. I mean me personally; I’ve never cared about genres and stuff so I just let myself be pulled in a certain direction.

R: As a songwriter who do you hold in high regard and what makes them inspiring to you?

I love lots of people, I love Lana Del Rey, Nick Cave, The Yeah Yeah Yeah’s, The King of Leon, Outkast, just loads of people I don’t have one particular idol or anything like that. 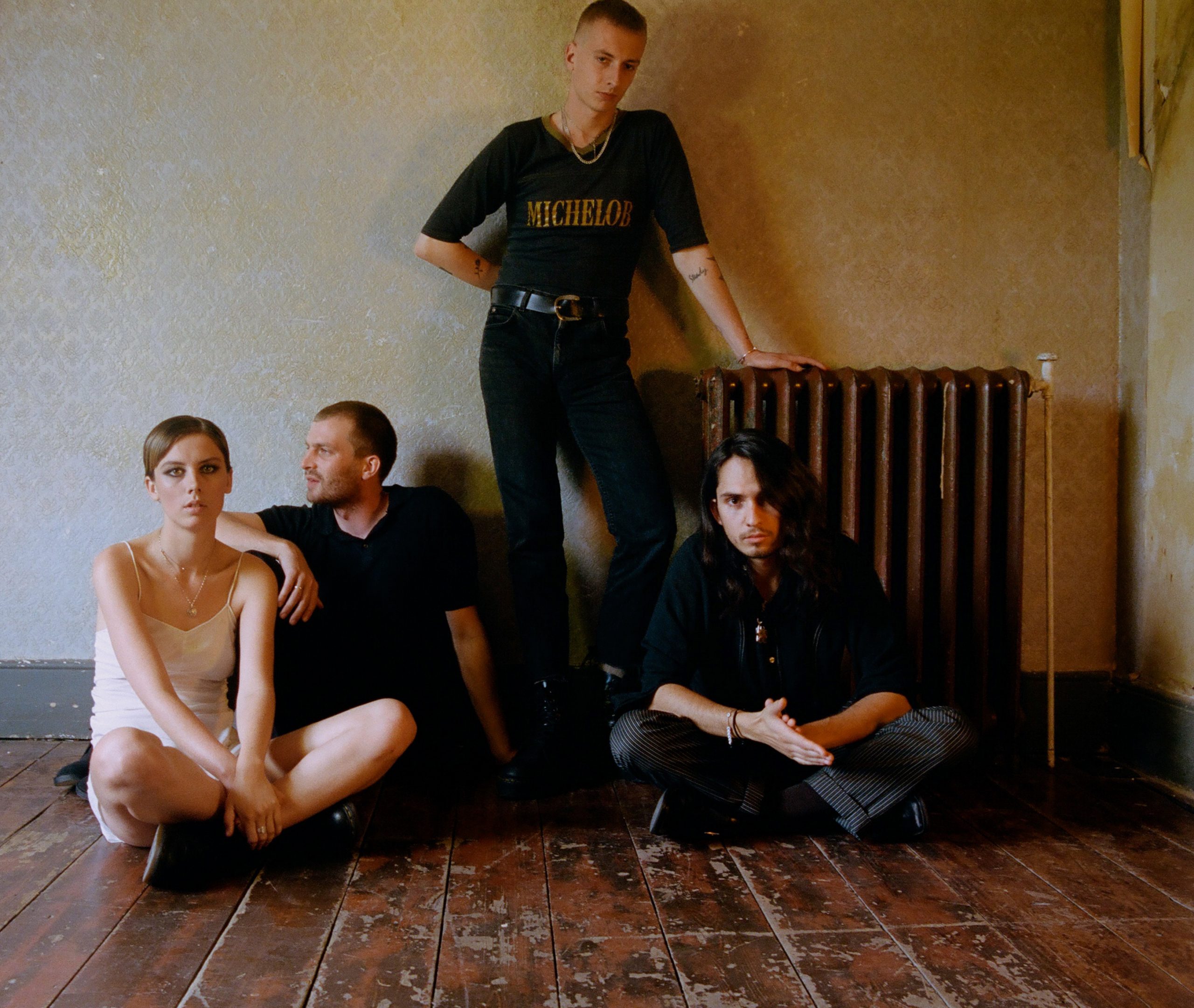 R: How would you describe Wolf Alice’s writing process? Do you bring ideas together independently, or do you like to jam together in a room to make your material?

Every song has its own kind of journey, sometimes someone will have a rift and we build upon that, sometimes we have a lyric and we work on that, we don’t really have a set way.

R: Is environment an important aspect for you in terms of song writing?

Yeah! I think its important to be comfortable in your own world, if you’re unhappy its quite hard to do anything creative sometimes, its nice to have a base, I don’t really know I have never really thought about it to be honest.

R: Your new album ‘Visions of a Life’ came out on 29th September, what’s you’re personal favourite track on the album?

My favourite tracks always changing, but at the moment I like ‘Don’t Delete the Kisses’.

R: What can we expect from the new album?

A varied kind of album, from the realms of guitar, pop and rock music. You’ll find the highs and lows of life within the lyrics, dynamics and the sonnets. Its quite hard to describe I guess you just have to listen to it.

R: We’ve already heard one of the songs from the album, which was ‘Yuk Foo’ what made you decide on this track as your first release from the album?

We knew that we were going on tour and thought it would be a really fun song to play.

R: What was the most challenging thing for you during the creation of Visions of a life?

I guess we were so excited to make new music that you don’t want to feel disappointed at the end of it. Sometimes the biggest pressure comes from yourself and we just wanted to make sure that we did all of the songs justice.

R: Last month I actually spoke with Gus from Alt-J, and he explained how you were both recording at the same studio and he said you ended your vocals one afternoon to help them out. What was it like to work with them on 3WW?

I think that’s such a beautiful track and I was very happy to be apart of it, its probably one of my favourite songs that they’ve done. I think this album is their best album and I really enjoyed it. 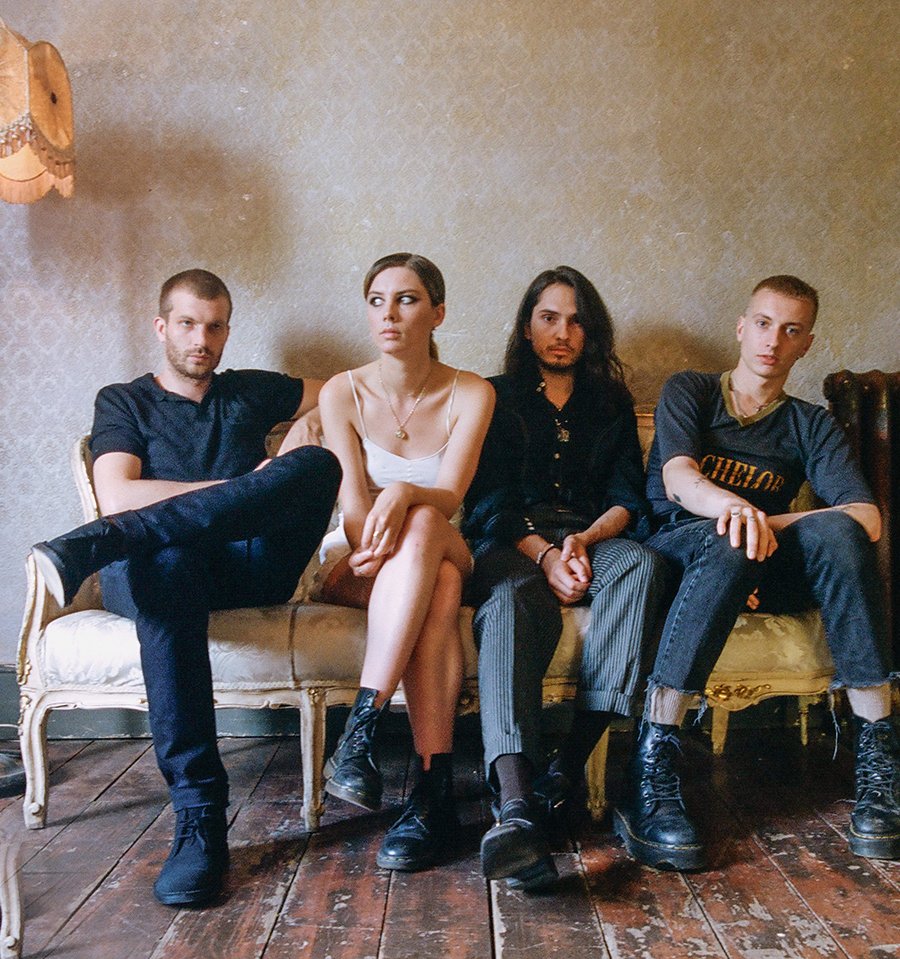 R: Your European tour starts in October, where are you looking forward to playing the most?

Everywhere really, I don’t really have any favourites. We are playing in Japan it will be lovely to return there.

R: You’re by us at the UEA in Norwich what can we expect from the show?

R: Do you ever get tired of being on tour?

Yeah its really hard sometimes but I think when you finish a show you remember why you’re doing this, you feed of the audiences enjoyment so its all worth it in the end.

R: Thanks so much for your time Ellie, it’s been a pleasure to speak to you and I am looking forward to seeing you play.

Great, cheers thank you, me too!