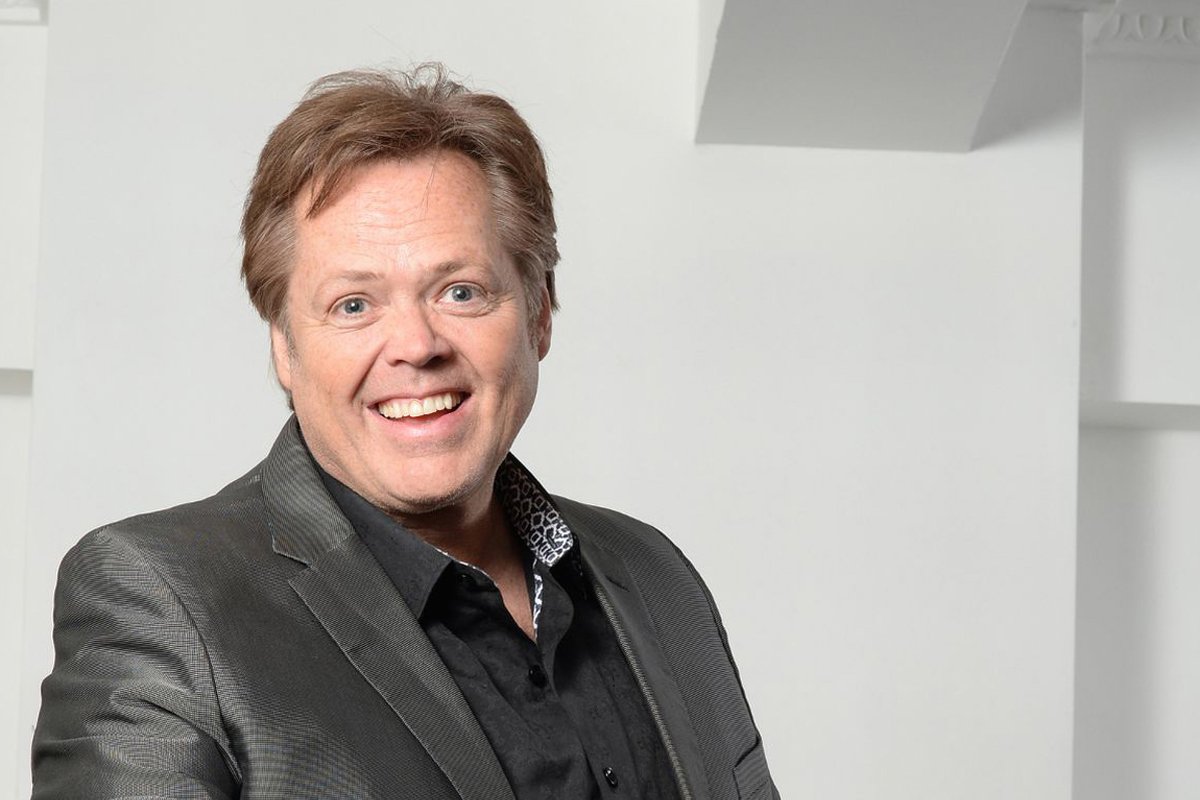 Rachel Ducker speaks to Jimmy Osmond, who celebrates his 50th anniversary in the music business about his brand new live show – A Tribute to Andy Williams – Moon River and Me.

Packed with award-winning music, nostalgic footage and Jimmy’s own personal memories of Andy Williams, the 27 date nationwide tour will begin on 26th September and run through until 30 October.

Jimmy who made his performance debut at the age of three on television on the Andy Williams Show will perform many of the romantic songs that made the legendary singer so popular including Music To Watch Girls By, Happy Heart, Can’t Take My Eyes Off You, Almost There, May Each Day, Days of Wine and Roses and of course the song that was to become his theme, Moon River.

R: You celebrate 50 years in the music industry this year, which is incredible, what has been one of the highlights of your journey so far?

I can’t believe, first of all, that I’ve been around that long, because I never thought I’d last in show business!

I started when I was three years old with Andy Williams. My brothers were already regulars on his show. I was always looking around for something else in our business that I could maybe do, but I’ve been really blessed to be able to continue to perform and be on both sides of the camera really.

Right now it’s really cool, as I started with Andy Williams, and never in a million years would I have thought I’d have ended up owning his theatre, and be honoured to have the responsibility of continuing his musical legacy. Also letting people remember all of the amazing hits that he had and the footage and all that stuff, so it’s kind of surreal to be here at fifty years and have that experience. 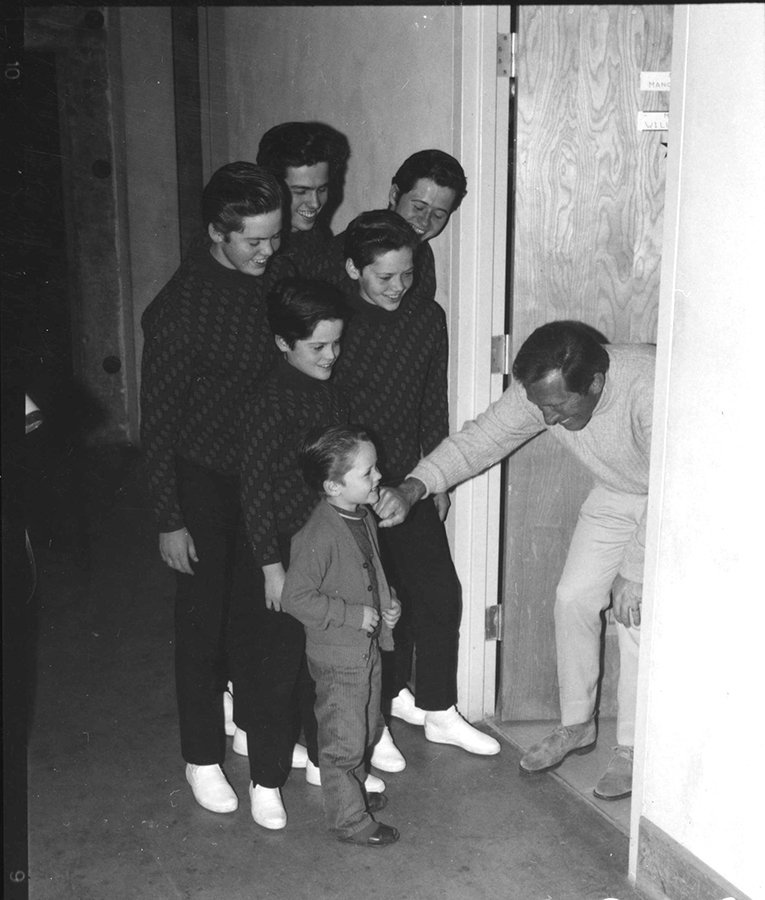 R: In your time in show business you have accumulated six gold records, one platinum record, and two gold albums and received your first gold record at age five for a song you recorded in Japanese, “My Little Darling” that’s incredible, how has it been for you growing up in the public eye?

We never really got “into” show business we had great parents. My dad was an army sergeant and my mum was a schoolteacher, so we had a really good balance, they always said show business was such a phoney business.

We would have hit records and different things going on, but they would never really celebrate those things; we celebrated things that mattered like family. I’m really grateful for that now because there’s a lot that can go wrong when you look at yourself in the mirror too much if you know what I mean? We never really focused on the accolades it was more the want of a career than to be famous.

R: Most stars nowadays are under so much pressure to act in a certain way. Do you think the definition of a pop star is changing?

I think the industry’s changing, because if you look at it the people that are given the most time in magazines or online via social media, they are the ones who behave badly.

So it’s a kind of a switch from, ‘oh there’s a good clean cut guy that does all of the right stuff,’ for example a sports star that handles himself well, to maybe somebody like (and I’m not trying to pick on them as it’s evident,) but people like Justin Bieber or Miley Cyrus, it seems like they are rewarded for bad behaviour.

They are very talented and they deserve the accolade, but entertainers are really just pawns in the game of big business and media. You know, that’s how media makes money to talk about our stories.

R: You must have met many upon your journey, but who were your musical influences growing up?

Obviously Andy Williams, he stuck his neck out for us for so many years, he was kind of like the equivalent of Simon Cowell in his day, as he was the pioneer of variety television.

He introduced us to many people like Frank Sinatra and Elvis – people that we ended up working with. They were on our shows and we were on their shows, but again, it all started because of Andy, so I give all credit to him and my brothers because they all worked so hard. 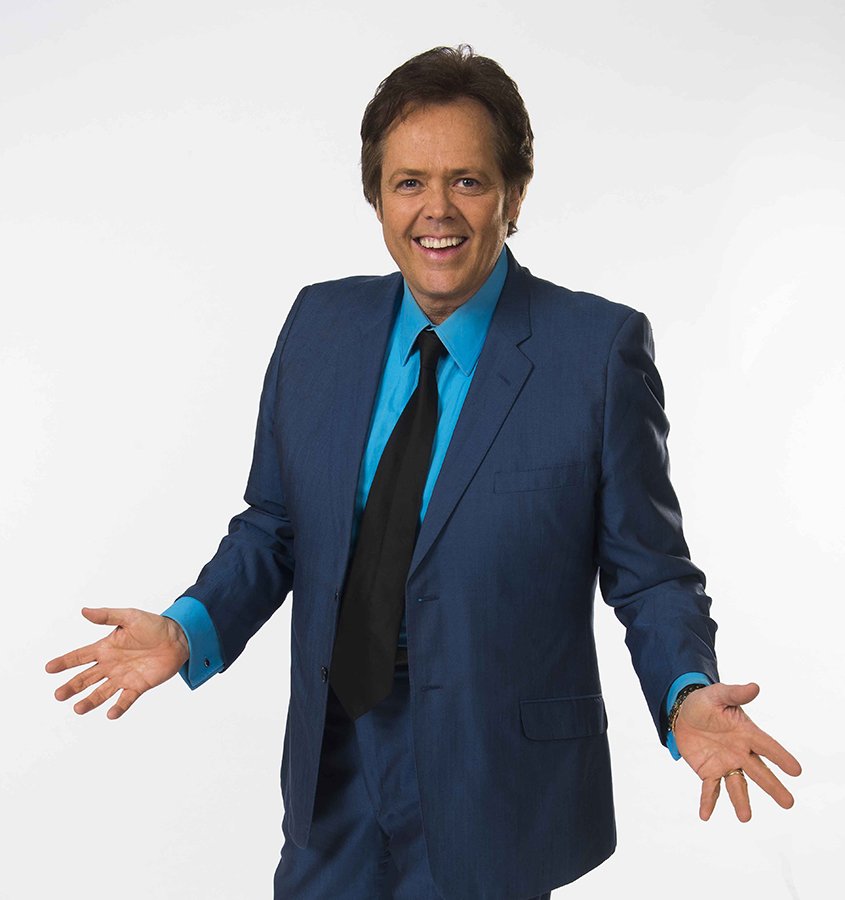 R: Speaking of television, you have starred on screen as well in the feature film The Great Brain as well as other acting roles including two episodes of the TV series Fame. How does this differ to the music industry?

It’s kind of the same thing in a way, I love music, its probably my favourite, that’s why I like musical theatre it contains both, like acting and music.

I love the idea of being involved; I don’t have to be the star of anything I am happy just to be a member of a cast you know. I was in Chicago not too long ago, we re-wrote the script a little as there were some things I wouldn’t do, but they let me do that show and it was more of an adult type show and musically it was amazing.

R: Just recently we’ve seen you on a few reality shows including ‘I’m a Celebrity’ – ‘Come Dine With Me’ and most recently ‘Masterchef’,  and you made the finals – how was that as an experience?

Oh my goodness, it was great. I was over in the UK just trying to promote my tour, and the PR lady said Masterchef called would you be willing to do it, so I did it.

R: After doing so well would you ever consider changing your career and becoming a full time chef – or is the kitchen not for you?

You know, I would do it as a hobby for sure, I never really thought I had it in me, to do so well and enjoy it this much.

I have huge respect for ‘proper chefs’ because its hard work! The prep, and all that’s involved reminds me of show business in a way. You can produce a show or a plate of food, it’s the same thing, as you’re entertaining people, not everybody loves what you do but a lot of people do, and you hope that more will like you then not.

R: How did you get into publishing, I believe you have an award winning children’s book called ‘The Awesome Possum Family Band’ – have you always been creative in this way?

I like cartoons you know, as a matter of fact whilst doing Masterchef I produced a picture of Greg and John and they showed my cartoon on air.

I like to create characters; everyone wanted me to do a book. I struggled a little bit when I was young, as a lot of entertainers do with self esteem, especially having a brother like Donny or a sister like Marie and other brothers that were doing so well. You kind of compare yourself a little and you wonder if you really fit in, and so I made this book about that aspect.

R: Most books have a message what’s the message you most want children to take away from yours?

I really feel that each one of us has potential, so that’s what the book is about. It’s my life story in these little characters but it’s hopefully a positive motivational thing for young kids.

Life is tough and you can really discourage little kids it is important to share with them that we all have unique talents. I’d love to continue doing it because I love to draw.

R: Is there anything that you can’t do Jimmy?

It’s the same with all of us, I mean you’re a good journalist, if you hadn’t of tried you’d have never known, but we all have that potential and the one thing holding us back nine times out of ten is ourselves.

R: Your family always had an image of being very close-knit. Are you still close to your siblings?

You know, I am closer to them in a different way now. It is really something to celebrate as a family, that we are still intact after going through some of the things we did, with the egos and the business.

Now I see my brothers less, but when we get together its never about show business, so we’ve become better friends in a lot of ways than when we were colleagues in those early days. So yeah, at the core we’ve been through so much together that there will always be that bond there. I am sure you feel the same with your family. 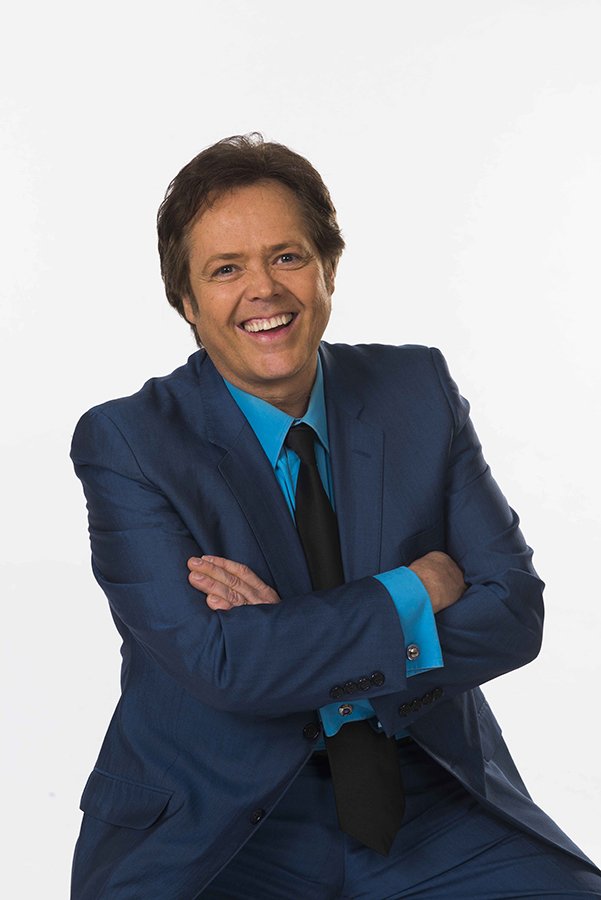 R: Jimmy you are back in the UK in our neck of the woods in October with your Moon River & Me Tour – A Tribute To Andy Williams.  This is showing in Ipswich and Kings Lynn on 13 and 28 October. What can we expect?

I never thought in a million years that I would be doing this, no one sings like Andy Williams, so no one pretends to. I have other singers and guest stars on tour too with the band, and Andy’s family gave me his archives’ so I will be showing footage of us singing his award winning songs.

I designed the show just for the theatre, for mine in Missouri, and then I got calls from Israel and Japan and England and Germany, all these different places that wanted to see this, its really neat, the show’s not about me, they are all about Andy. I think it’s got a really unique cool 60’s vibe and with all of these new artists recording Andy’s music like Pixie Lott younger people are coming to the show as they now know the music.

R: For those who haven’t heard about your tour how would you describe it?

Everyone has heard of Andy Williams’ music, whether it’s at Christmas for example ‘The Most Wonderful Time of the Year,’ so I think the kids know his music, but when they hear him sing it, there is something really special.

It’s not a tribute show, but it’s celebrating the massive amount of hit records, stories and footage.

Thank you so much for your time Jimmy, we wish you all the best on your upcoming tour. Do you have anything to add?

No you’re so nice for including me and you ask great questions so thank you!

The 27 date nationwide tour will begin on 26th September and run through until 30 October.