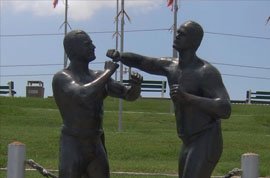 Jem Mace was the first Heavyweight Champion of the World, and arguably the greatest of all Britain’s boxing champions.

Born 8 April 1831 in the village of Beeston, near Swaffham, he spent the first 26 years of his life in Norfolk where he worked as a horse dealer and from time to time put on the gloves in boxing contests against all-comers. In 1857 Mace and his wife Mary Ann became the Landlords of the Swan Inn, Swan Lane, Norwich.

His first fights took place whilst living in Norwich when he beat John [Slasher] Slack on 2 October 1855 and Bill Thorpe on 17 February 1857, but his local popularity waned as a result of two fights which he forfeited against Mike Madden and a loss to Bob Brettle from Birmingham. 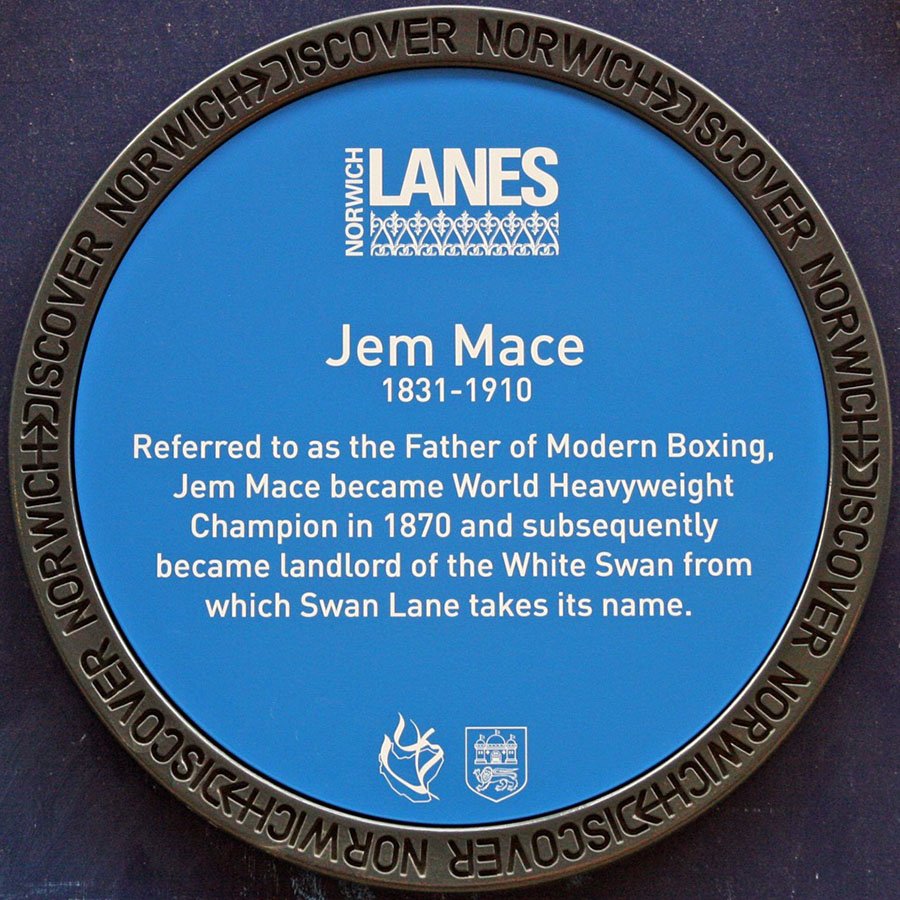 Jem put the record straight against Bob Brettle who he beat for £200 aside in just 20 minutes in 11 rounds on September 1860. He then won the championship of England on 13 June 1861 by beating reigning champion Sam Hurst for £200 a side in 8 rounds 40 minutes. On 28 January 1862 he beat Tom King, but lost to him later in the year. King took a terrible punishment in the match, announced his retirement and Mace automatically regained the English championship.

Jem later worked with the Marquis of Queensbury and helped to introduce  new boxing rules with their requirement of gloved contests. 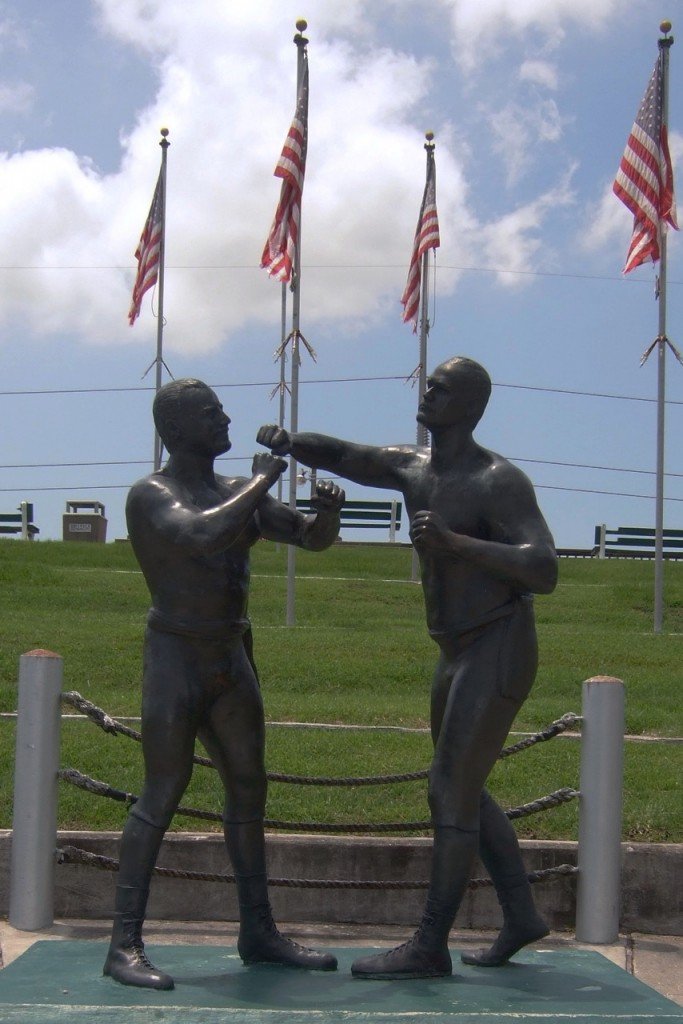 On 15 September 1869 Mace arrived in New York intending to give exhibitions, but was enticed by the American fraternity and, on 10 May 1870, he beat Tom Allen, the champion of America for $5000 [$2500 a side] for the championship of the World. In Kenner, Louisiana a suburb of New Orleans on the site where the championship fight took place, there now stands a life-size bronze of Jem Mace and Tom Allen.

In 1877 Jem arrived in Australia and after giving exhibitions in New South Wales, he moved to Melbourne where he managed the VCR Hotel in Flemington and established a successful boxing academy.

Mace spent the remaining years of his life giving exhibitions in Britain and America. In 1890, aged 60 he boxed with Charlie Mitchell in Glasgow and after four 2 minute rounds Mitchell won at which time the contest was interrupted by the police.

He returned to Norwich in March 1888 appearing at the Theatre Royal in a series of exhibitions. He died on 30 November 1910 and a huge crowd attended his burial in Liverpool and he was interred alongside the MacMillan plot in a pauper’s grave unmarked save for the number 594.

On 31 November 2002. Jem’s remains were given due respect and moved from plot 594 and laid to rest alongside the remains of his daughter Amelia, her husband and three children, in the MacMillan family plot at Anfield cemetery.