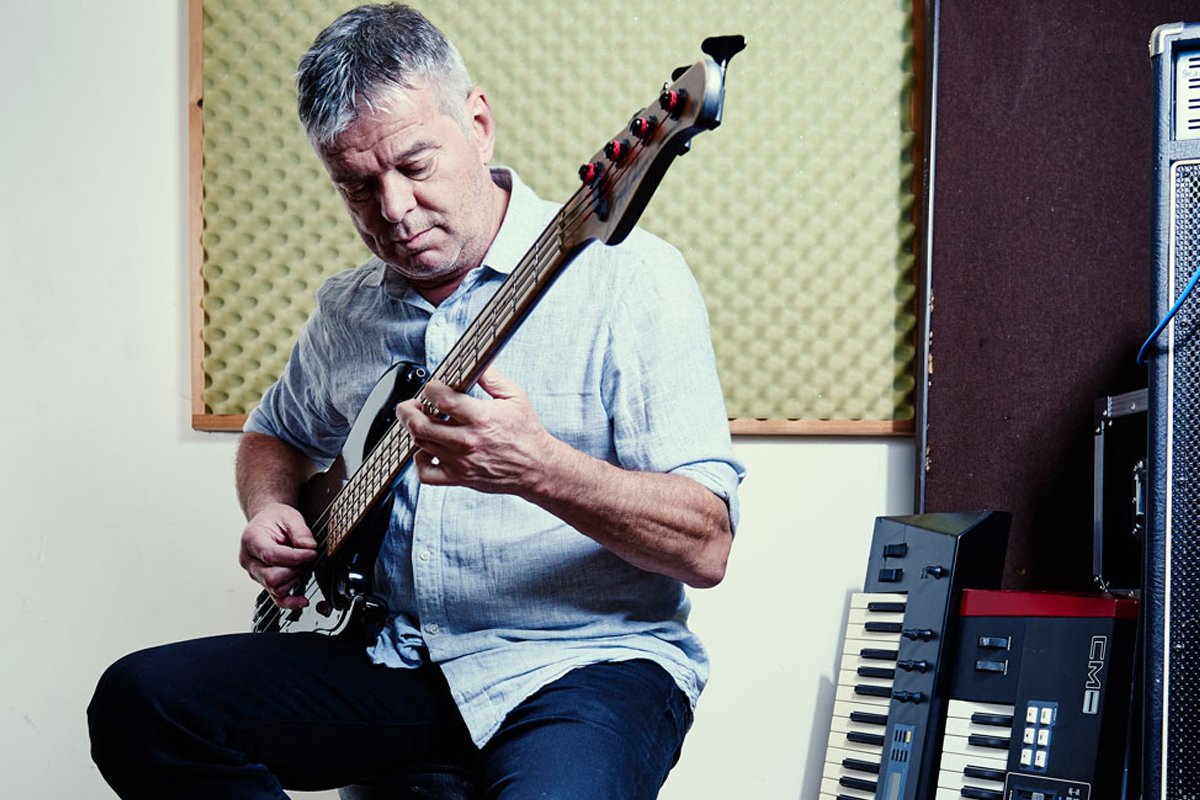 Interview with JJ Burnel from The Stranglers…

The Stranglers will be hitting the road again in March 2018, this time with The Definitive Tour.

With the vast catalogue of material that the Stranglers have in their recorded arsenal, it is never easy to decide exactly which songs to bring together on record or perform live on tour but, in March 2018, the band will present their “Definitive” collection. The Definitive Tour is set to coincide with the planned re-release of their first seven albums (six studio and one live) originally issued on the UA and EMI/Liberty labels. 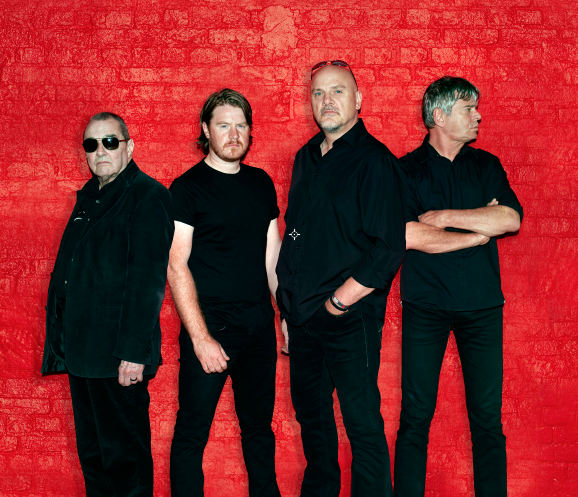 As always, audiences can expect to be swept up high on the wave of the Stranglers’ powerful sound during what is always an exhilarating live experience; pounding rhythms, soaring melodies, quirky humour and thrillingly daring musicianship will come together again this March.

One of the UK’s most exciting, credible and influential British groups, the Stranglers are riding high on the crest of a resurgent wave of popularity. They continue to thrive on the live circuit and their existing large and loyal fan base has swelled in recent years as new converts join the ranks. With record-breaking, sell-out shows and festival appearances throughout the UK and the rest of the world, public demand to hear and see the group has never been so high; true testament to their considerable musical talent and the enduring quality of their songs.

Rachel Ducker caught up with JJ Burnel, to find out about more about the band and their upcoming performance in Norwich.

R: Hi there JJ… so I’m entering this interview very carefully as I once read that you used to strap journalists the Eiffel Tower… am I safe today?

[laughs] Well, not on a regular basis!

We did do that once though, yes! At the time it was a bit of a prank as we were getting hassled by a certain journalist, so we took him up to the first floor of the Eiffel Tower, took his trousers off and taped him to one of the girders!

R: To be fair, if I was being hassled I think I would do much the same, so well done!

R: Going back to the start, how did you get into the music scene?

Music – I think anyone growing up in the UK in the 60’s, 70’s, 80’s would have a love for music, we listen to music, we are a very knowledgeable country on music, we’ve created some great bands, musicians and artists, so I think everyone’s been involved in music in the UK.

I started in classical music; I played the classical guitar at the age of 11. At this time, I was growing up, becoming a teenager and listening to everything that was happening, whether it was the British pop scene, or the Blues boom or whatever. Of course, at one time the whole nation listened to ‘Top of the Pops’ and there was one platform for music, so I grew up with that.

Getting into the music scene was a complete accident, because like all kids, I wanted to be in a band and make music, but it wasn’t a life ambition or a career. It just happened and suddenly I was involved in a bunch of desperados who could get arrested for anything. Eventually, ‘The Stranglers,’ after three years of struggling, hit jackpot. 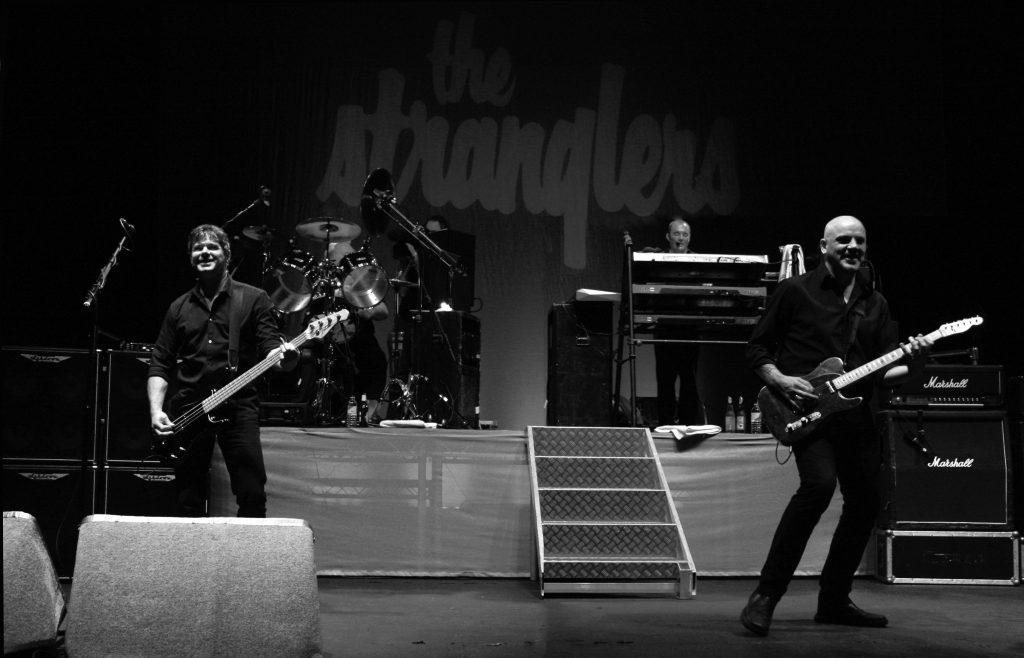 R: Where did the band name ‘The Stranglers’ come from?

Oh it’s just a terrible name! At the time, I have to explain, that when we started out, the only places we could play were either youth clubs or pubs, although we where desperately trying to play support on the university circuit, but no one would have us.

We often got the plug pulled on us in pubs, we’d then put it back in, they’d call the police and then there would be a stand off.

So after another one of these debacles, one night, we got booed off stage and people wanted to lynch us, and it was a coincidence that there was a movie about the ‘Boston Strangler’ by Tony Gurges, this was in the mid seventies, and one night, I came up with the name and said “the stranglers have done it again…” and it just stuck and we thought ok that’s a name, I mean who had names like that in those days! [laughs]

R: You’re seen by many as an inspirational and iconic bass player, who were your influences growing up?

Rachel, I’ve sort of absorbed everything I have grown up with you know? There was one band I did like when I was a student, ‘The Doors’, I really liked ‘The Doors,’ there were loads of bands I really liked, Peter Green’s ‘Fleetwood Mac’, but yeah, loads of stuff, no one big influence really.

R: What was the earliest successful milestone you remember with the band?

Oh well first of all, having been rejected by 24 record companies, meeting a guy called Andrew Lauder, who was head of ‘United Artist Records’. He saw something in us and persisted, despite coming to a few gigs and seeing us having pitched battles with the audience or being shouted off stage, but he signed us up so that was the first positive… and the second positive was having our first top ten single and our album, which stayed in the top five for a whole year. 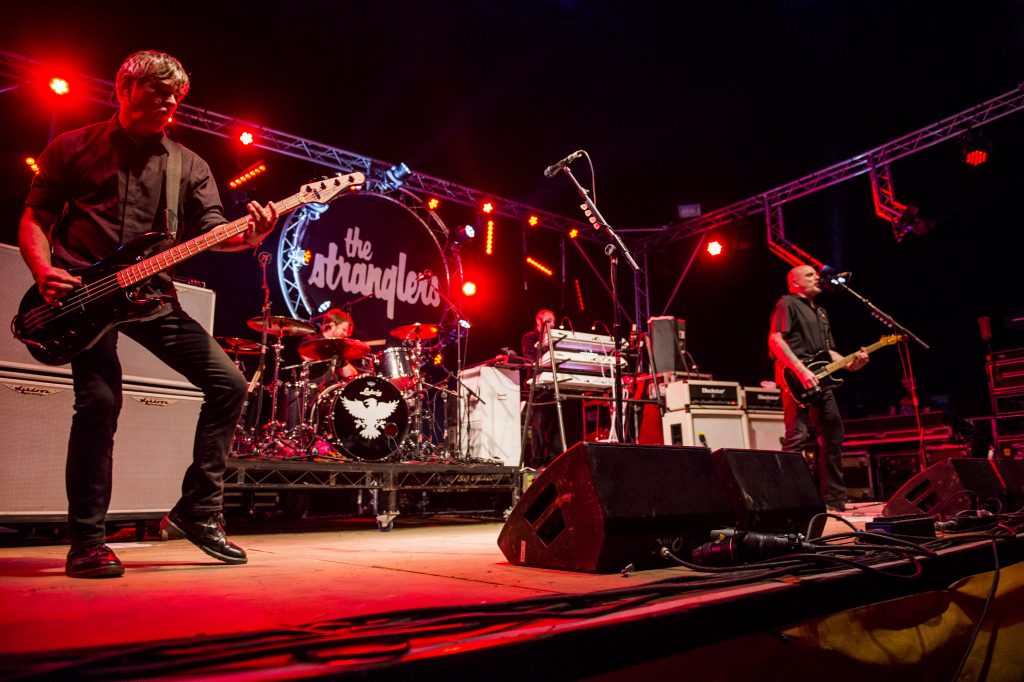 [laughs] Well… I would like to think its talent, it’s certainly not the good press we had in the early days! We had terrible press. I think it coloured people’s view of us musically and I think people judged us on our image more than on our musical output. I think that’s changed now as we’ve got a few pieces of music which come back all of the time. I think over time people have changed their opinion of us.

R: This may be a tough question to ask… What is your favourite album out of the seventeen so far?

That is a tough question, because I am fond of quite a few, some more than others. I have three really, but its very subjective Rachel. One is ‘The Raven’ another one is ‘The Gospel According to the Men in Black’ which is for most people unlistenable, and another one is ‘Giants’.

R: I guess you’ve recorded these at different points in your life so it must take you back to moments in time?

Well, you’ve hit the nail on the head, that’s it, because that what music does, doesn’t it?

R: Funnily enough, one of your songs ‘Golden Brown’ reminds me of my mum, it’s her favourite song.

Aww, well thanks to your mum for having such good taste! Do you know Rachel, we really had to fight to get it released?

The record company heard it and said, “look its not punky, its not what people expect from you, you cant dance to it, its got a unusual chord and we don’t want to release it”, so we had to actually enforce a clause in our contract to make them release it.

So they released it just before Christmas, thinking it would get drowned in the Tsunami of Christmas releases and also they wouldn’t have to invest any money in it, unfortunately for the record company it developed legs and grew a life of its own and became a world wide hit. So then after that the same record company said,  “Can we have another one”?

R: It’s a song that’s stood the test of time.

Yeah, and also it’s a lesson for anyone who is struggling to go with your instinct, you know, don’t get swayed by other people, just go with what you feel.

R: The band has been around for a long time, but coming into 2018 do you think your demographic changed?

It has, the demographic has changed noticeably within the last 12 years since we released the ‘Norfolk Coast’ album. Up until then it was people who had grown up with us from teenagers into adulthood.

When this album came out it fitted in with a certain Zeitgeist, which also coincided with people being able to access the past through YouTube links and with things like the X Factor. Teenagers started thinking all the bad press we’ve had and the bad things were actually badges of honour as now everything is so sterile and polished.

So a combination of all of those things, there’s still an awful lot of ‘old bastards’ but yes, also a new wave of younger people.

R: How do you choose which songs to perform between the old and the new?

We have so much material to choose from its always a bit subjective. We try to combine old with new, and it seems to work.

R: Now that Jet isn’t touring with the band, do you miss his company?

I miss him! I miss him as a person, yeah, how could you not? You get on so well with someone for so many years, and suddenly they are not there.

He has been less frequent over the last six years. Three years ago we tried him on one song and he needed to go to hospital after that, he’s just not physically able to do it anymore.

R: Speaking of tours, you are back on the road in March for a month-long tour that celebrates their four decades in music and your playing near us in Norwich on 19th March…

That’s right at the UEA yeah.

R: What can we expect from the show can you give away any secrets?

Now, I hear we have a mutual interest in Martial Arts.

I am a 7th dahn, yeah; I trained in Japan three or four years ago.

R: I expect like myself you have found this skill useful at times?

Its useful in everyday life, it gives you an openness… you don’t hide behind anything, you can be honest with people and it gives you the confidence to be yourself.

Plus it keeps you fitter, healthier and focused. Do you know, I don’t get a chance to go to the dojo or anything but I can still train by myself which is motivating when your on tour.

R: Do you think it’s helped your career?

It must have yeah, when we’ve had downs in The Stranglers its put everything into perspective, it’s given me strength and also with the physical side of what we do, it’s helped me.

R: My very last question is do you think there will be an 18th album?

Well there definitely will be unless I keel over tomorrow as we are working on one at the moment, we are hoping to release this in 2019.

R: Well thanks so much for your time JJ and best of luck with everything to come.

Well thank you for wanted to talk to an ‘old bastard’.

R: You’re not an old bastard it was my pleasure.

Very sweet of you – all the best Rachel!