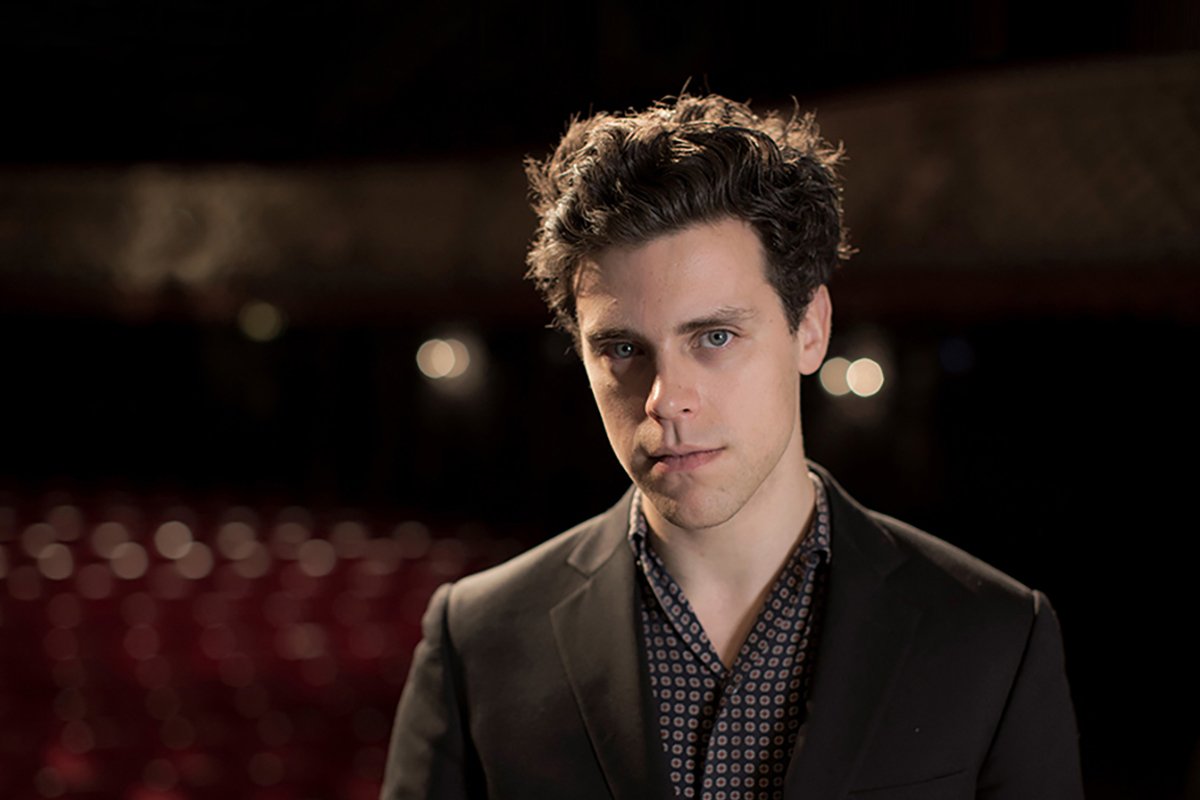 Singer/songwriter Charlie Fink rose through the U.K.’s indie folk heyday to become a versatile solo musician in his own right. He first entered the limelight when he formed Noah and the Whale, and the band released four full-length albums, becoming a staple of the U.K.’s young folk scene.

Noah and the Whale split up in 2015 after six years together and multiple tours of both the U.K. and America.

‘Cover My Tracks’ is the new debut solo album released just ahead of a theatrical production of the same name, with a script by the award-winning playwright, David Greig, at The Old Vic theatre.

Rachel Ducker spoke to Charlie about his recent theatrical adaptations performed recently at the Latitude Festival 2017 and finds out more about his upcoming tour next month in Bury St Edmunds.

I had just moved back to London from Manchester and I went to a gig to see the girl called Emmy the Great. During the gig she announced that her bass player was leaving the band, so I went up to her afterwards and offered my services as a bass player.

She ended up taking me up on that offer and I toured with her for a while and whilst doing so I formed my own band ‘Noah and the Whale’. Then we started touring by ourselves and the rest is history.

R: Have you always had a passion for folk music?

Yeah definitely, I grew up in a house of folk music, my mum was a real ‘folkie’ when I was younger.

R: That must have been a fun household?

Definitely, it was very fun, but also very embarrassing at the same time. Especially at parties when you’re mum gets out the acoustic guitar, in general I listened to a lot of Bob Dylan that sort of thing.

R: You first entered the limelight through ‘Noah and the Whale’, that must have been some journey over eight years?

Yeah, it was. It was a really amazing time with the band, and a mixture of trepidation and excitement when leaving and looking for a new project. That was when I did the show ‘The Lorax’ with The Old Vic, which lead me to doing the new show ‘Cover My Tracks’ which is about to ‘hit the road’.

R: How have you changed as an artist since the band split?

Yes, in lots of different ways. I think during my time working in theatre, I feel like the thing I have learnt the most about is lyric writing, because when your writing for theatre the lyrics have to carry a story and also you only have a short period of time to do that in.

The projects I have worked on have both been incredibly collaborative in a different way to being in a band. In ‘Noah and the Whale’ I used to be the songwriter in the band and was involved in a lot of production, whereas here, I am reacting to someone else’s scripts and working on a story with them, so it’s a different kind of collaboration I suppose. 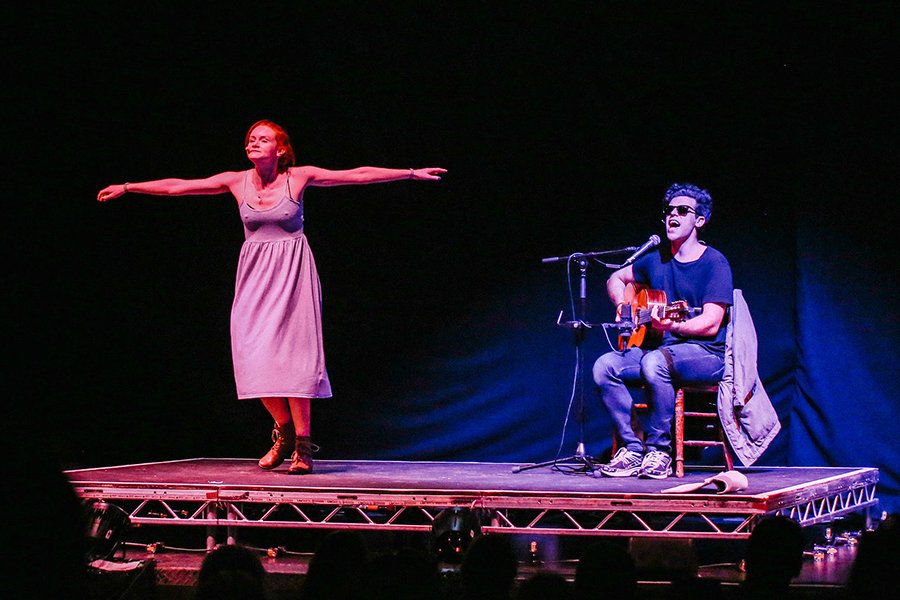 R: You’ve since written songs for movies such as a ‘Street Cat Named Bob’ what was it like to see your songs brought to life on screen?

Its cool, it’s a different thing when you write for a film as apposed to a theatre production. With a film, it’s very much out of your hands. However, with a piece of theatre you are constantly crafting and changing the songs as you go, and that’s something I really enjoy. I like being involved in the process of bringing something to life.

R: Your new solo work has taken you into more of a theatrical direction, how did that come about?

It literally happened as I was wrapping up with the band. I got an email from The Old Vic asking if I would come and write music for this new show they were doing called The Lorax based on the Dr Seuss Book. Having never done anything like that before I said yes, out of curiosity and also they had such an amazing reputation. It was really from that email and then falling in love with how we made that show.

R: You performed ‘Cover My Tracks’ recently at the Latitude Festival, what was it like to perform a theatrical production as apposed to being on a main music stage?

There’s more pressure definitely, as people are paying much more attention to what you’re doing. I think when you’re on a big stage, people engage in a different way, whereas with theatre they are really listening to every word and can really hear every note you play, so I think there’s more attention to detail in the theatre to than on the main stage. 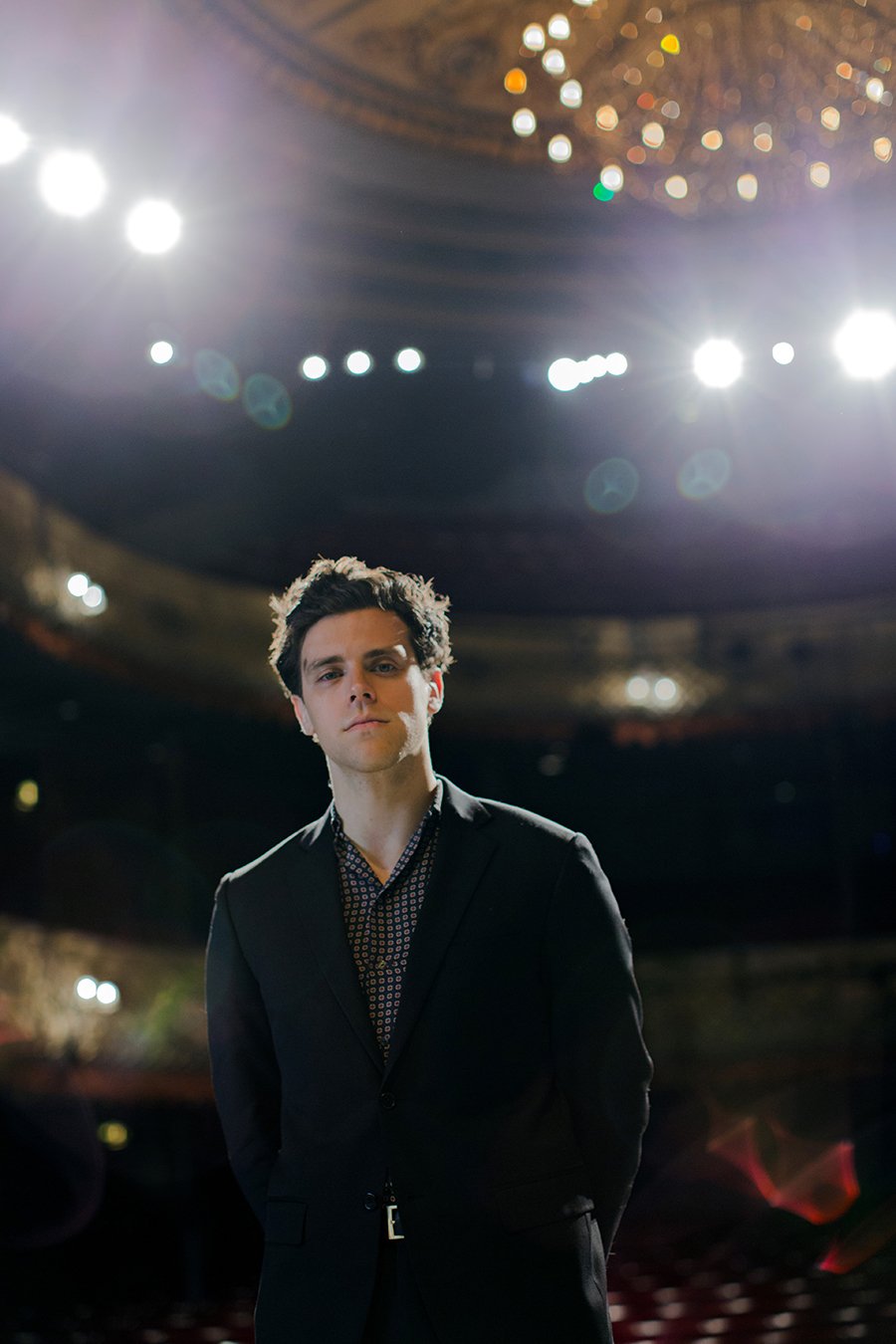 R: It was an idyllic location to perform!

R: The story of ‘Cover My Tracks’ combines live music with modern folk tale, what was the inspiration behind the story?

So, I wrote the show with David Greig, who is a Scottish playwright. I worked with on ‘The Lorax’, with him and whilst doing so we were discussing our shared passion for folk music and the mystery of it.

It was also a little bit based on the idea surrounding the question ‘how can you make an album of songs relevant to the 21st century, in that we all now how a thing in our pocket which is the most entertaining thing of all time and has every song ever written on it’.

So its easy not to listen to a whole album when you just pick out your favourite song, I do that and everyone does that, so the challenge was how could you make it so that these songs ‘need’ to be together and it felt like the answer was theater.

Are there any similarities between yourself and the main character?

(Chuckles) I think there’s definitely something; the lead character is in a band and called time on that band, he is looking for something new, and I can definitely relate to that part of the character. I suppose it is also a character who is feeling like he is struggling to do something original in the 21st century with music and with art, because there is so much baggage and so much history, so how do you do something new? I think there’s also a lot of key differences (laughs) to me and the character.

R: How much time went into rehearsals? It must be different to being in the studio recording?

Totally, also a lot of the songs adapt to fit the show, some work slightly differently in the show to what they do on the album. We did about a month of rehearsals for the show in two weeks in The Old Vic, and then another week or so for Latitude, it was a fun project.

R: Do you have a favourite song to perform from the new album?

I guess my favourite at the moment is ‘Anywhere You’re Going Is On My Way’ there are two quite different versions. The album version is quite gentle and then the version we have been doing in the show now is quite striving. Its like with the band we used to play a lot of different versions of our songs, so in the show it’s nice to play a happy more upbeat version of this track.

R: You’re stopping by us at The Apex in Bury St Edmunds in September, for anyone who didn’t see you perform at Latitude how would you describe the show?

Its quite hard to beat an evening of music and theatre, intertwined with folk storytelling about what it means to disappear in the 21st century, hopefully you will laugh and you will cry and have a good time.

R: Looking back to Noah and the Whale do you have fond memories? Is there anything you miss?

Yeah definitely, with everything there is lots of good things, and things that make it tricky, but its weighing up which of those things is important. It was one of the great joys of my life being in the ‘Noah and the Whale’ and my favourite people were in the band, so its always going to have a very precious place in my heart, I don’t have any regrets or anything, and I am happy that its happened. 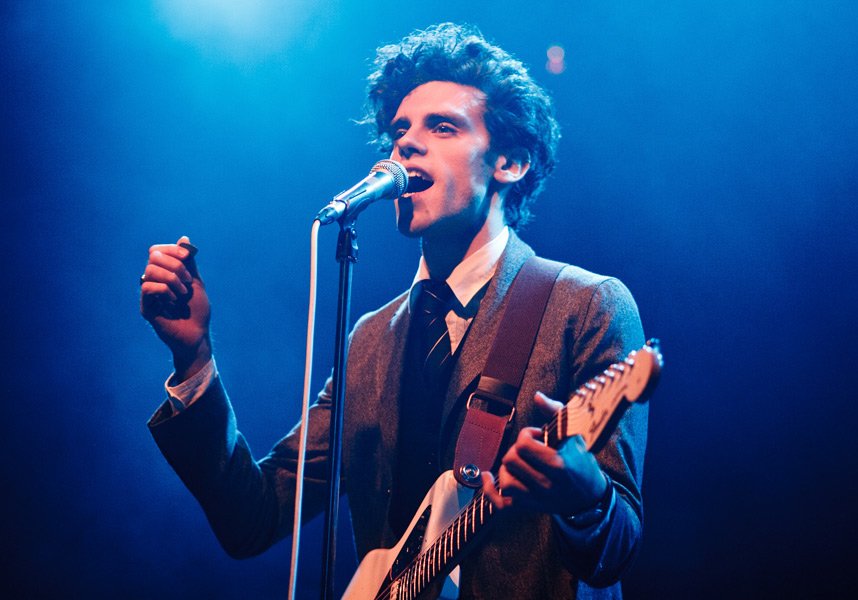 R: Lastly, with all of my interviews I like to do a little research and I was shocked to find out that you’re my birthday twin! I have never spoken to anyone before who was born on the exact day on the exact year as me, do you know what time you were born?

No way! Great day! (chuckles) I don’t know how I know this, but I also know we both share the exact birthday with Megan Fox. So me, you and Megan all have the same birthday!

R: I feel very complimented to be in that birthday circle!

R: Thanks for talking the time to talk to me today Charlie, we look forward to seeing you at The Apex in Bury St Edmunds in September.

Thanks Rachel it was a pleasure!

For more information about Charlie’s show at The Apex, see www.theapex.co.uk