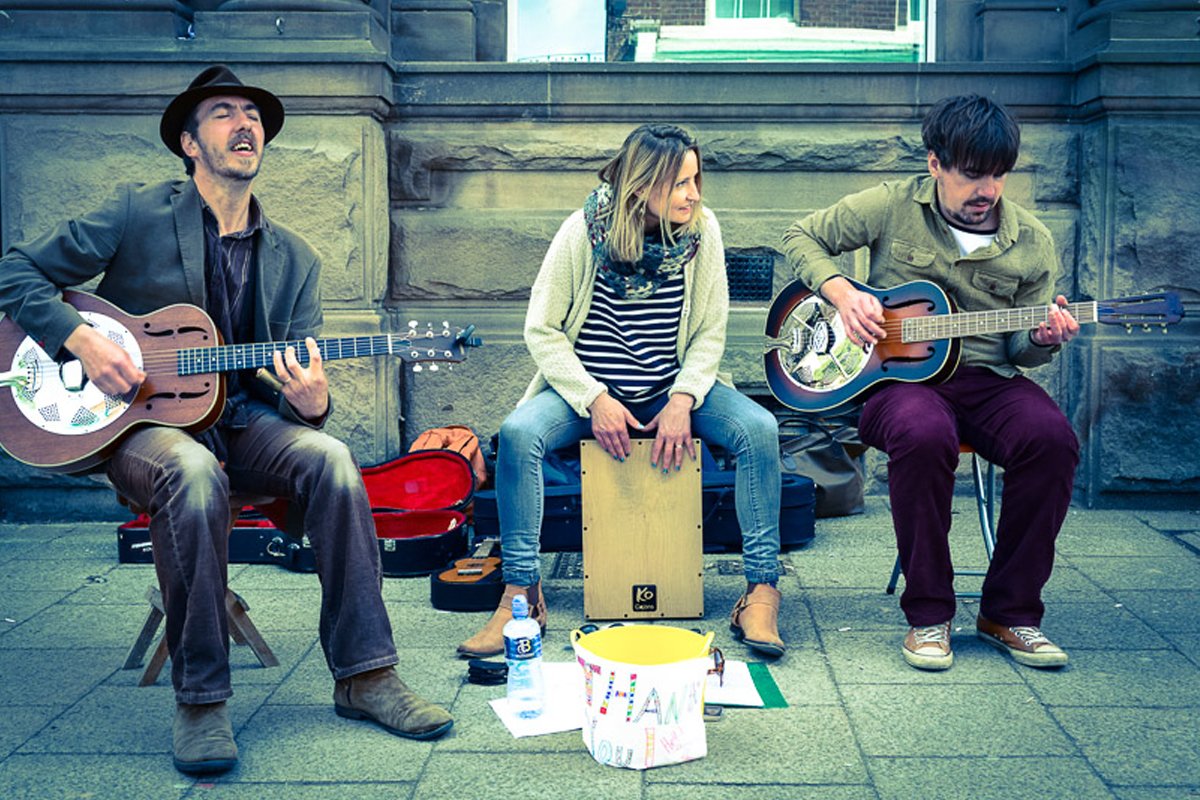 In the spotlight… Owl & Wolves

Formed in 2013 as a 3 piece blues band, they quickly became interested in the sounds of Western swing and the blues and jazz scene from the early 19th century, realising there are many old forgotten tunes begging to be rediscovered and given an Owl & Wolves makeover.

Two years ago they recruited a fiddle player and their sound was complete.

They have also been seen joined by harp players, jazz pianists and a brass section just for good measure!

The band have now carved out a solid local following earning themselves a residency at OakFired in Beccles as well as taking the support slot for legendary American Slide guitarist Kent Duchaine and Leadbessie.

They are a regular feature at the Beccles beer festival and many events held in the surrounding area.

This band deliver a unique, upbeat, stomping performance that guarantees to get your feet a tappin’!

Their latest album, Rollin’ and Tumblin’, recorded at Drill Hall studios in Beccles by the very talented Alex Banks is now available for £10.

Email owlandwolves@gmail.com. For upcoming gig info and other stuff check out their Facebook page www.facebook.com/owlandwolves.