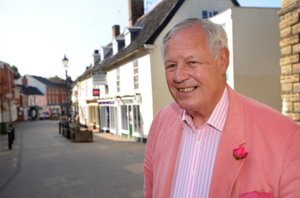 In memory of Dudley Clarke…

Dudley Clarke, better known as “Mr Southwold” has died at the age of 81. There are lots of words to describe Dudley, but a flamboyant character would be just one, he was often seen on the high street in an array of smart beautiful attire.

Born in Romford, Essex. Dudley’s school days were spent in Gidea Park, the academic side of school was not his forte, the social aspect most certainly was! He acted in all the plays, ran the school dances, was a member of the scout troop and played a lot of sport.

When he left school, he headed off to Fortnum & Mason in London to be a trainee manager. He was a flamboyant dresser from the cradle, he would board the train at Gidea Park dressed in a suit, trilby, polished shoes, carrying a walking stick, at work he would change into a morning suit with a wing collared shirt and grey tie, he survived! Princess Margaret & Diana Dors to name but a few of the prestigious cliental. 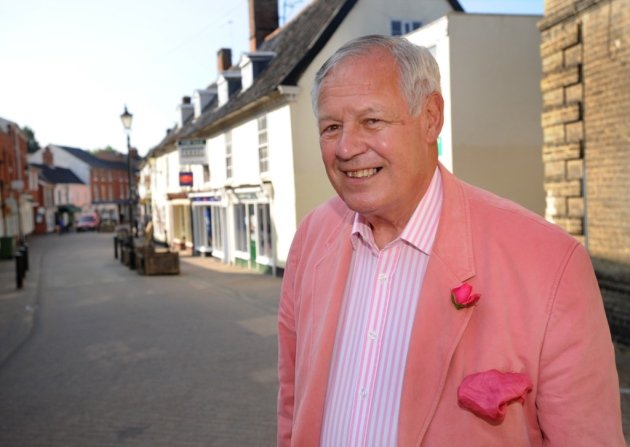 His father was in banking and lost a leg in Italy during the war, his mother was a model and window dresser. Dudley reckons he got his flair for style from her.

In 1957 he completed his National Service and enjoyed it so much that he decided to stay in the RAF. He was posted to Germany as a radio operator where he met his first wife. In 1963 he qualified as air crew & joined 99 squadron based at Lyneham, home to worldwide strategic transport operation, with its new Bristol Britannia aircraft. He travelled to Japan, all over the states, Hawaii, Guam, Australia, New Zealand, Asia and Europe. He described it as work but so enjoyable because it was just unique. After 3 years he moved to Abingdon & No 46 Squadron, before being posted to Bahrain with the VIP Andover, equipped to carry VIPs such as the Prime Minister, cabinet ministers & top civil servants. He was invited with the rest of the crew to have tea with King Hussain of Jordon at Dorney House. Then in 1976 after almost 20 years’ service he left the air force at the age of 38.

Back in civvy street he joined the John Lewis Partnership which seconded him to open the new Waitrose branch in Newmarket. On a chance foray across Suffolk he headed past the old nearly derelict pub in Charsfield he had a bright vision of its future and six months later he was the landlord of The Three Horseshoes. Three years in he had won the East Anglian Daily Times and Evening Star pub of the year award for Suffolk. In 1988 life took another dramatic change when Adnams approached him to run The Crown in Southwold. Five months in he was asked to manage The Swan, Mr Southwold was to be born. Eventually he looked after all the hotels in the Adnams group which included the Randolph in Reydon, the Angel in Halesworth and the Anchor at Walberswick. His brief was to make Southwold a year-round resort and not just the 12 weeks it was then busy for. Affable and avuncular, professional and poised, he chatted and charmed his way right to the heart of the town this helping put Southwold on the National and International map. One of his biggest successes was with Country Living magazine, they started their Gold Hotel of the year award and The Swan won the first one. He also took Southwold into the heart of London taking a beach hut to the prestigious Country Living Fair for four years running. 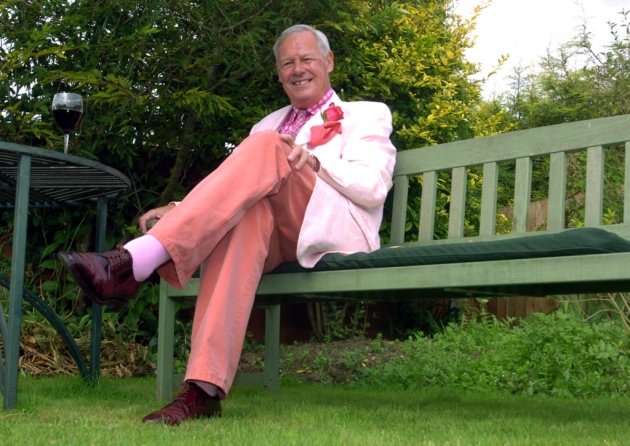 Dudley helped found along with Kate Dunbar and Steven Bristow the literary festival in the town, which as you can imagine he enjoyed immensely meeting all the big, the bad and the ugly!! He was elected chairman of the East Anglian Hospitality Association, which played a major role in lobbying the government on all aspects of the hotel and restaurant business.

Three months after joining Adnams on July 28th, 1988 to be precise his now beautiful wife Marion walked into his life, fifteen years his junior she was exactly what Dudley would have ordered! Tall slim beautiful and intelligent, then the chief executive of the Theatregoers Club of Great Britain. They married some nineteen months later February 10th ,2000 at Lowestoft registry office.

Dudley retired from Adnams October 2000, with an abundance or letters wishing him well in his retirement and saying how greatly missed he would be, it only took a few brief months at home before he was asked by local businesses to help do their PR, Roslyn consultancy went on to help Denny’s, Collen and Claire, Sutherland House but to name a few. He was chairman of the Summer Theatre management committee with Jill Freud, and on the organising committee for the Christmas Day Swim which raised thousands of pounds over the years for charities including Help an East Coast Child Appeal Southwold Christmas lights, this came about with Marion challenging 5 or 6 to go in for a chilly dip on Christmas morning, this escalated as you would expect with Dudley to 29! This event is still enjoyed by hundreds of people every Christmas morning. 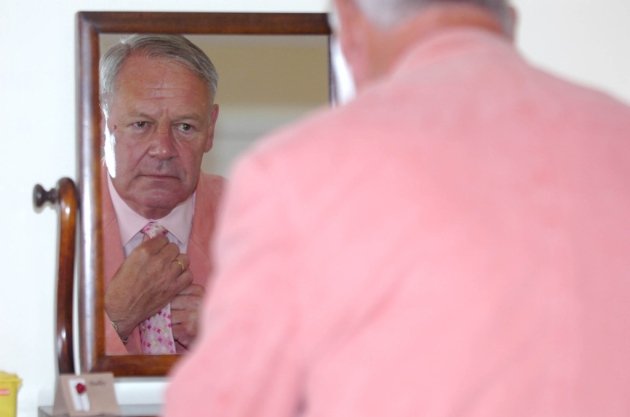 You would think that was enough of a legacy to leave behind but no Dudley did countless charity work including The Aldeburgh Christmas Lights, Halesworth Christmas Lights, Suffolk Dog show which he was asked if he would be a commentator by Stephanie Renouf, despite Dudley making it very clear he had never had a dog nor did he know much about them.

He stripped naked for a charity calendar in 2008 (February was not a dull month!) along with other businessmen from the town to help raise funds for The Southwold Christmas Lights Fund, The Southwold & Reydon Rapid Response Team and East coast children’s charity.

A huge part of Southwold’s continuing success can be attributed to Dudley’s forward thinking, charisma and general flamboyant personality.

In recent years Dudley & Marion moved to Ipswich he would say he was helping the Italian wine makers & then a few select drinking establishments in the town. He endeared himself to everybody he met, he treated everyone with the same respect & courtesy.

He experienced a fantastic life with so many different roles which he truly fulfilled with as much love and excitement and flamboyancy as he could muster. A true gentleman who will be sorely missed by everyone lucky enough to have met him.

He is survived by two of his children from his first marriage and his second wife Marion.

Sadly, Dudley pasted away on the 4th June after a short illness, with his beloved wife Marion at his side. His funeral will be held at St Peters Church, Wenhaston at 11am on Thursday 27th June, followed by a burial in the local cemetery, finishing at the Queens Head Blyford. Please let me know if you wish to attend.