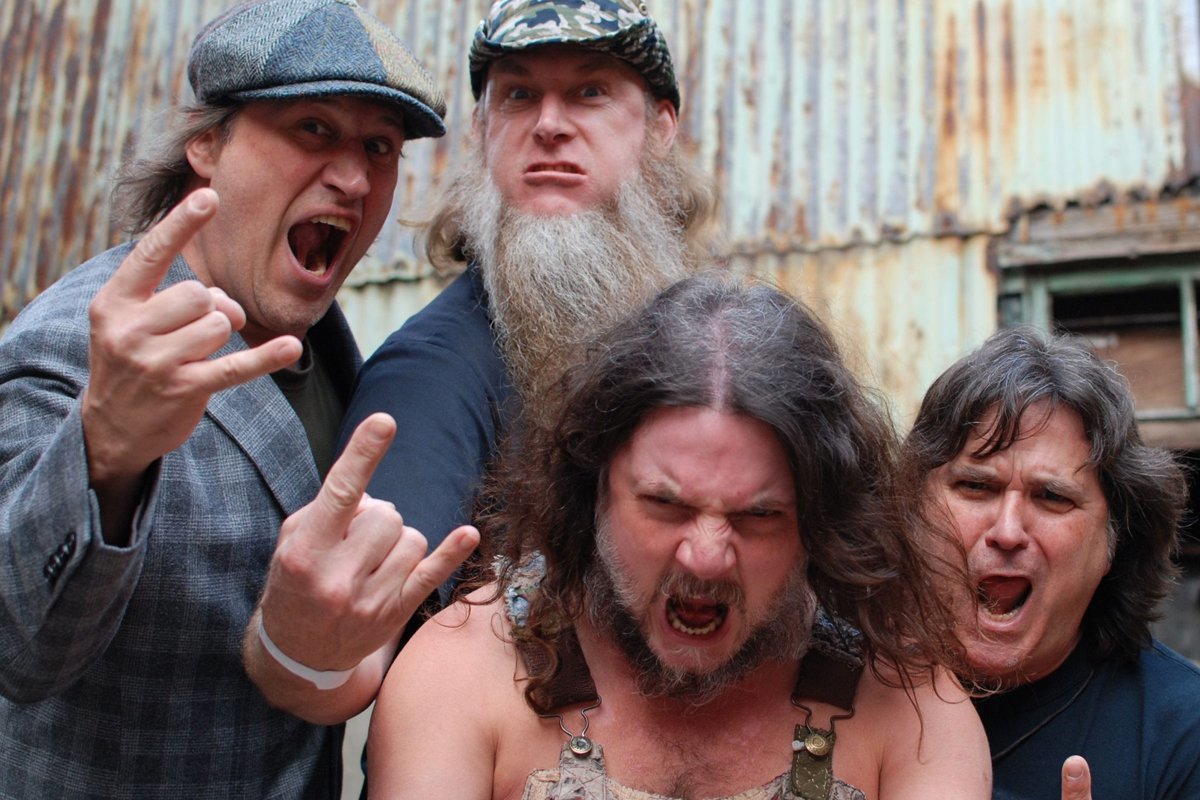 Hayseed Dixie began one day in 2000 when John Wheeler and Mike Daly drank roughly enough whiskey to float a battleship from the Florida Coast over to Portugal and back and decided to play around in John’s studio.

Now, 17 years and 14 albums later, with global physical sales in excess of half a million and over 1,200 live shows in 31 different countries under their belts, Hayseed Dixie are the undisputed creators of the musical genre, Rockgrass.

There are many copycats, converts, and disciples out there. Accept no imitations.

Free Your Mind And Your Grass Will Follow’ is released worldwide on April 14th on Hayseed Dixie Records.

You’re style of music has been called Rockgrass, can you explain that to us?

Talking about music is rather like dancing about architecture, but instead of trying to explain to somebody what kind of music we play, the term was coined. Probably very late at night. I can’t honestly remember. But I do remember saying it on a radio show in Birmingham, Alabama in 2001 and it’s been in circulation ever since. I reckon we think of ourselves as a rock band playing on bluegrass instruments, as opposed to a bluegrass band playing rock material. There’s a fundamental difference. But neither one will likely fix the pot holes in the road!

Having played well over 1000 shows across the world, is there anything youve learned that needs to be passed onto our readers?

Oh… That would take several volumes! But I think the most important things I’’ve learned is that once you get past language barriers, people are pretty much the same everywhere you go. Everybody feels the same emotions, the same fears, desires, hopes. And that most of the differences we’re taught to think are national, cultural, ethnic, whatever… are artificial. Somebody is just making all this s**t up. 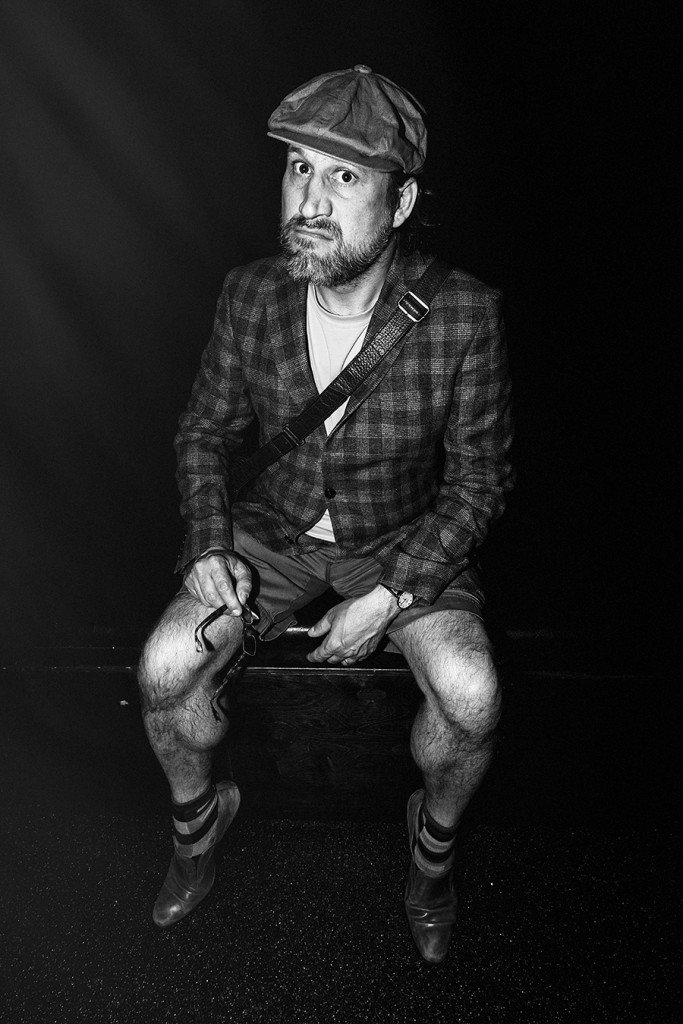 What has been the most unusual place you have played?

There have been a few! A huge cave with 600 people under a mountain in East Tennessee was a pretty interesting one. On the castle mound for the 2005 Edinburgh Hogmanay

was another unusual place for a band like us. Hell, singing harmony with Joss Stone, William Bell, Ronnie Spector, Paloma Faith, and Boz Scaggs while Jools Holland played piano and sang “Hit the Road, Jack” on the 2015 Hootenanny show was pretty surreal.

14 albums, festival appearances, opening the Glastonbury main stage, Top Of The Pops and Jools Holland’s Hootenanny what gives you the motivation to keep going?

I’m 47. After doing music with an all-consuming, bloody-minded obsessive passion for about 40 of those 47 years, and doing Hayseed Dixie for 17 of those years, it’s a bit too late to reasonably consider doing anything else really. I wouldn’t want to either. And I’m sincerely appreciative that there are enough people out there who want to hire us to entertain them buying tickets to the shows and records and such that I can make a living doing this. Because otherwise, I’d probably go do something really destructive… like inventing a more refined version of sweetener than corn syrup, or maybe running for office.

Your new album ‘Free Your Mind and Your Grass Will Follow’ features a mix of covers and originals, why did you decide to shake up the format? How do you choose the covers you want to do?

Most of our 14 previous albums are mixtures of original songs and reinterpretations of known standards, usually based loosely around a theme. That’s essentially what most jazz, folk and bluegrass albums are too. This album is a bit of a departure for the band in theme more than in design or presentation. I think it sounds musically very much like we sound, and have always sounded. If you’ve always hated Hayseed Dixie, this record is definitely not going to change your mind. If you’ve .liked what we’ve done in the past, you will probably like this record too. But the theme this time is a bit heavier. The world is currently a more interesting, uncertain and transitioning place than it was when the band started 17 years ago, and as we all live and move and think in the context of the world, I guess the subject matter of the album reflects that. But we aren’t trying to bash anybody over the head with a message. It’s there if you want it and it’s so obvious that I don’t need to spell it out. But if you just want to dance, that’s cool too. Music should get to your brain by way of your gut, not the other way around. 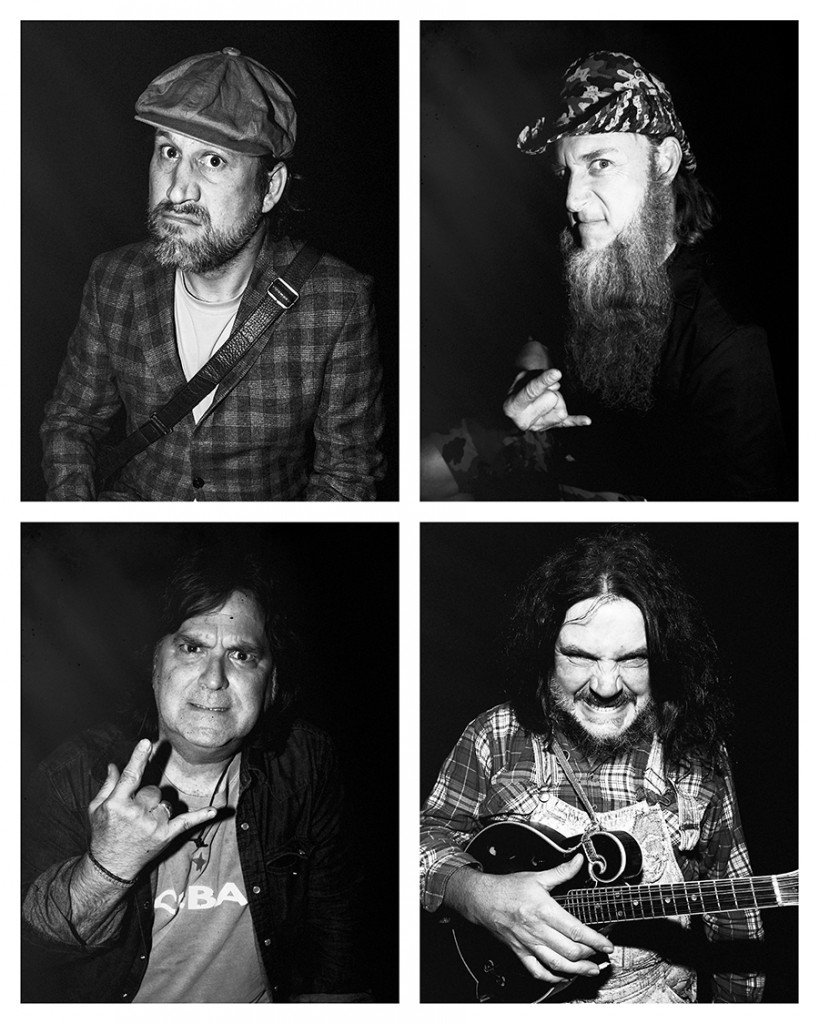 You are playing all over the country and specifically Norwich and Cambridge, any past experiences at both towns you can tell us about?

Norwich is a lovely little city. It reminds me quite a bit of Nashville, where I’m from, in vibe, probably because they’re both regional capitals, markets for farm products and big insurance towns. It doesn’t look anything like Nashville, but the attitudes of the people feel the same to me. I met my wife in Cambridge, laying at the Cambridge Folks Festival. The organiser of the festival at the time was notoriously cheap and he only gave us half the beer we asked for on the rider (at that time, it was a case of ale and a case of lager – that’s all). He only gave us half the beer! So I had to call for the artist rep…  And down she came, like an angelic Viking incarnation of Jeremy Paxman’s mind and attitude in the body of “An American Werewolf in London” era Jenny Agutur: flaming red hair, clipboard firmly in hand, big green eyes, Jane Austin accent and delivery: “Is there a problem?!?” And so I had to tell HER that if we only got half our beer they were going to get half a set. Which I dutifully did. And after some discussion, which went to and fro and here and there (you really should’ve been there), we got our beer. And now I’ve got a wife and 2 lovely daughters… Which I suppose also answers the next question.

Hayseed Dixie will be playing locally on 21st  April at The Junction in Cambridge and on 24th April at the Waterfront in Norwich.

For more information go to www.hayseed-dixie.com