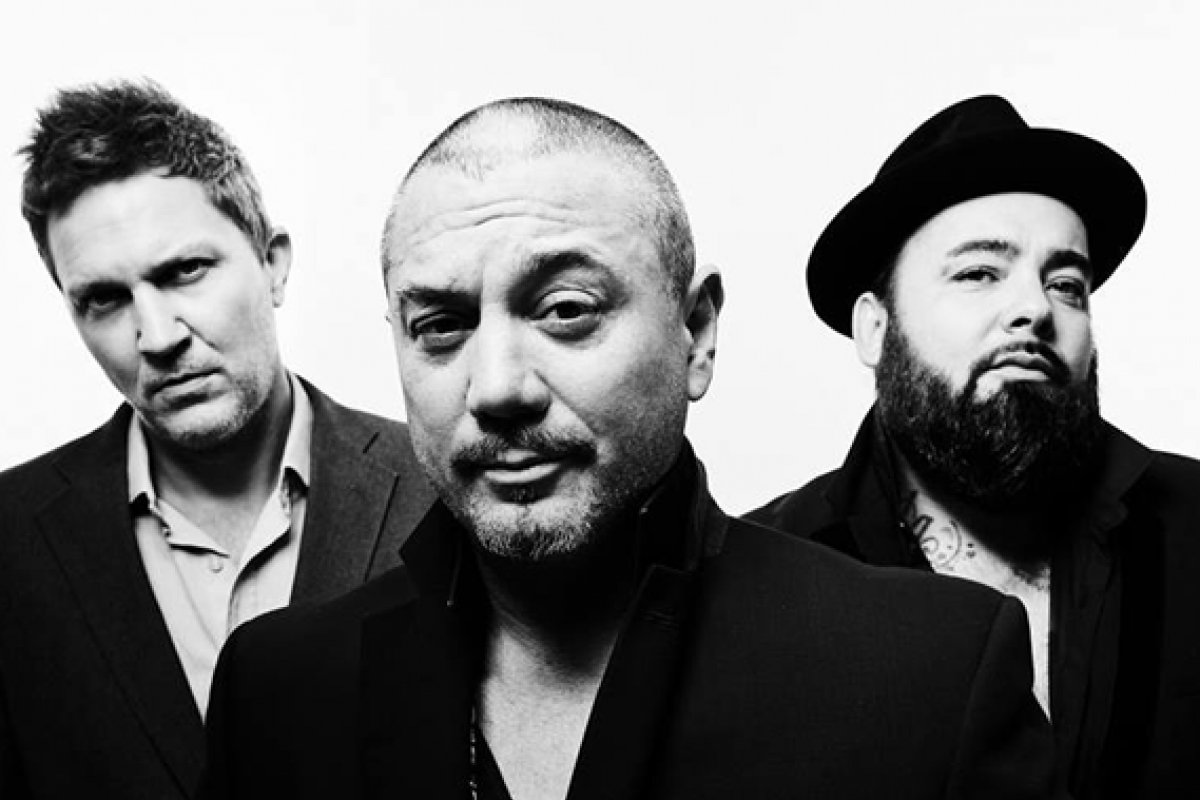 The multi-platinum New York trio announce a headline UK & European tour to celebrate the release of their new album ‘Another Mimosa’.

FLC’s debut single ‘Scooby Snacks’, famed for sampling Tarantino movies such as Reservoir Dogs and Pulp Fiction launched a career that saw the debut EMI album Come Find Yourself remain in the UK album chart for over two years. FLC performed an infamously raucous set on the legendary Pyramid main stage at Glastonbury ’99 and the rest – as they say – is history.

Still a mainstay on the festival circuit in UK and Europe, FLC are Europe’s best-loved “cousins from New York”, whip-smart story-tellers in smarter Saville Row suits who, through comically tall tales of living large in the neon metropolis, launched a career in music that saw three ordinarily New Yorkers who met working at the legendary Limelight on W 20th St, swap glass collection for world tours with their pals U2 and studio collaborations with the late-great BB King.

The Lower East side trio consists of frontman turned Sony Award winning BBC broadcaster Huey Morgan, his founding partner Brian ‘Fast’ Leiser on bass, trumpet and samples and the groups longest-standing drummer Frank ‘The Rhythm Master’ Benbini. FLC returned to the studio this year with Grammy award winning engineer Tim Latham to make forthcoming new album ‘Another Mimosa’, their first studio abum since 2010. More details will be revealed on the album’s release shortly, but fans can well imagine a variation on the theme of the 1999 album ‘Mimosa’, which became a cult classic with Crims fans for featuring clever re-imaginings of classic covers and an impromptu guest appearance from Ian McCulloch of Echo & the Bunnymen fame!

So Fun Lovin’ Criminals are back with a new studio album and UK tour, whose idea was it?

It depends on who you ask. … I’ll take credit for that!

Another Mimosa is essentially the part two of Mimosa from back in the 90s. So, what kind of came first for you guys – Was it knowing the kind of feel of the album that you wanted or the track listing?

Its been a while since you last recorded together, how was this experience?

Getting into the studio with Fast and Frank  is great, because those guys, I mean aside from being two of the best musicians I know, we all listen to very different kinds of music, right. So you’re always going to be challenged, by trying to get good at something, that you’re not necessarily good at. So, there’s always that factor, and also when you bring your own songs or you write songs with people, the ego gets involved. It’s fine. It’s cool. That needs to happen. I’m not saying … but I … right off the starting block after not being in the studio for ten years, it seemed to me that it was probably smarter for us to get with this … mimosa formula, because it would take the pressure of having original material out of the mix right now 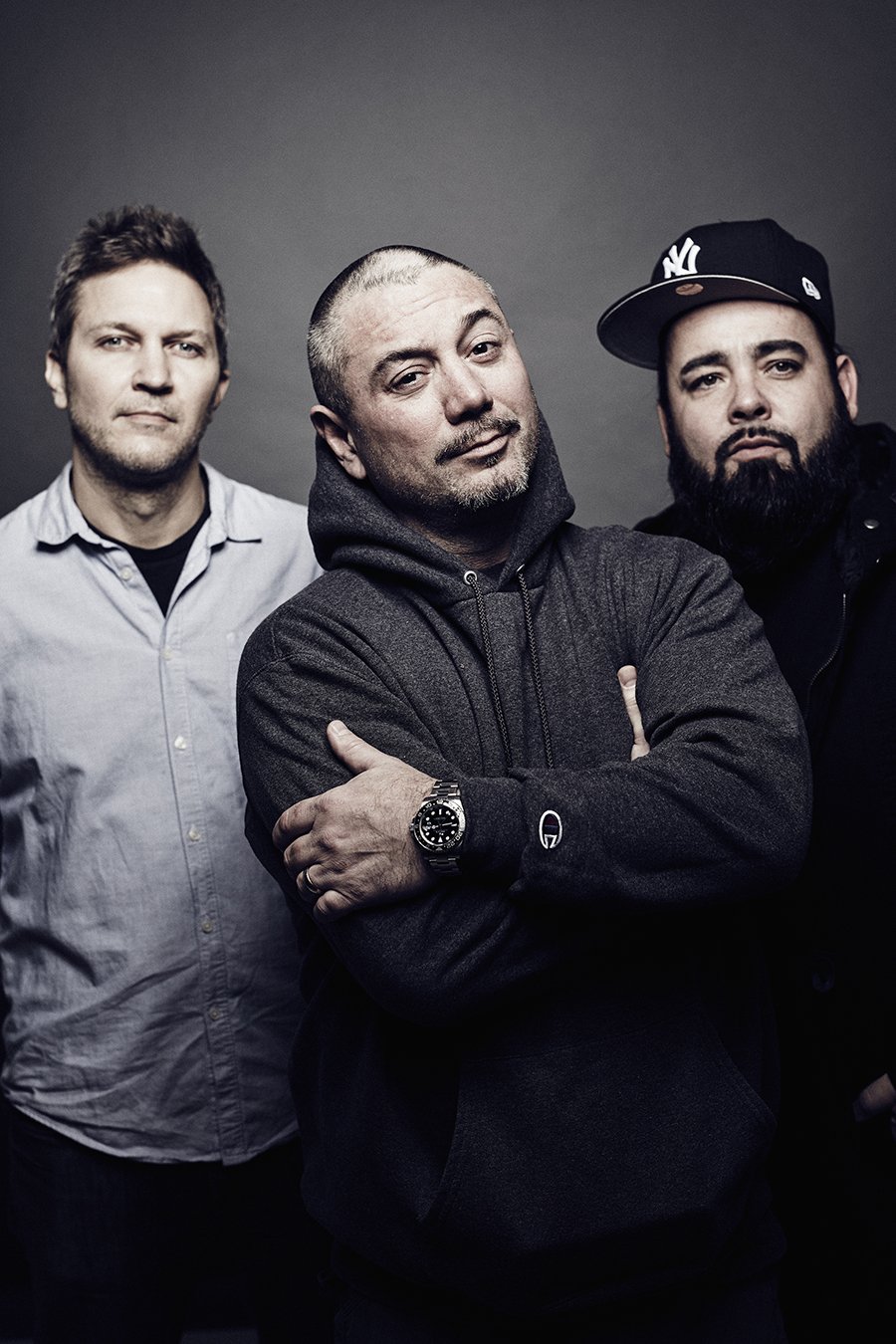 What has been the best experience or the opportunity that’s come from being in the Fun Lovin’ Criminals?

Well dude, you know, I have been thinking about that kind of question for a while but I think coming out of the other side, being able to look back into the tunnel, going, “that didn’t fucking kill me. Awesome!” You know, because there are a lot of people that go into the music business with very few anchors in their lives, you know, they go in there to become someone different, to go somewhere no one has ever gone before. And you know, very few people come out the other side, and if you do come out the other side, very few people, on top of that, have the hindsight to realize, that they accomplished something pretty cool, that not many other people have done. You know, and to be able to have that and the perspective and the gratitude, I think that’s kind of cool.

Does it feel good to still be where you are now, releasing an album, having a new record deal with a major, going out on tour?

You know it’s a pretty unique situation we’ve always had being in Fun Lovin’ Criminals. I mean getting and eight record deal from EMI with literally never doing any kind of auditions, never having a demo; all that kind of stuff. 23 years later and still being able to do what I love doing  I can only attribute to just being a fan of music, and just always having the love for music. You know, sometimes maybe too much love, where, you know, you get a little nasty and jaded, but you know, at least the love is there and I think that’s important. It kind of keeps you – keeps me motivated to keep playing music.

Have you got a preference of touring or recording or can you pretty much separate them and enjoy them equally?

But if you had to choose?

Is there any difference to being on the road now as Fun Lovin’ Criminals compared to back in the 90s. How have things changed, you’re turning fifty; things have moved on?

You know what, I was 27 when I got my record deal, right? So I was already the old man at the party and, you know, It doesn’t seem a lot different, other than probably the amount of things we do is probably a lot less than it used to be. You know, we still have a lot of fun, in moderation. I mean we don’t get completely leathered before we play shows, but we never really did anyway, but I think the way we structured our touring mechanism now is pretty much as perfect as it can get for us.

What can people expect from this show?

Keith Richards, I think, pretty much said it, when he said: “Watching the Fun Lovin’ Criminals was like watching rock’n’roll and soul make love.”