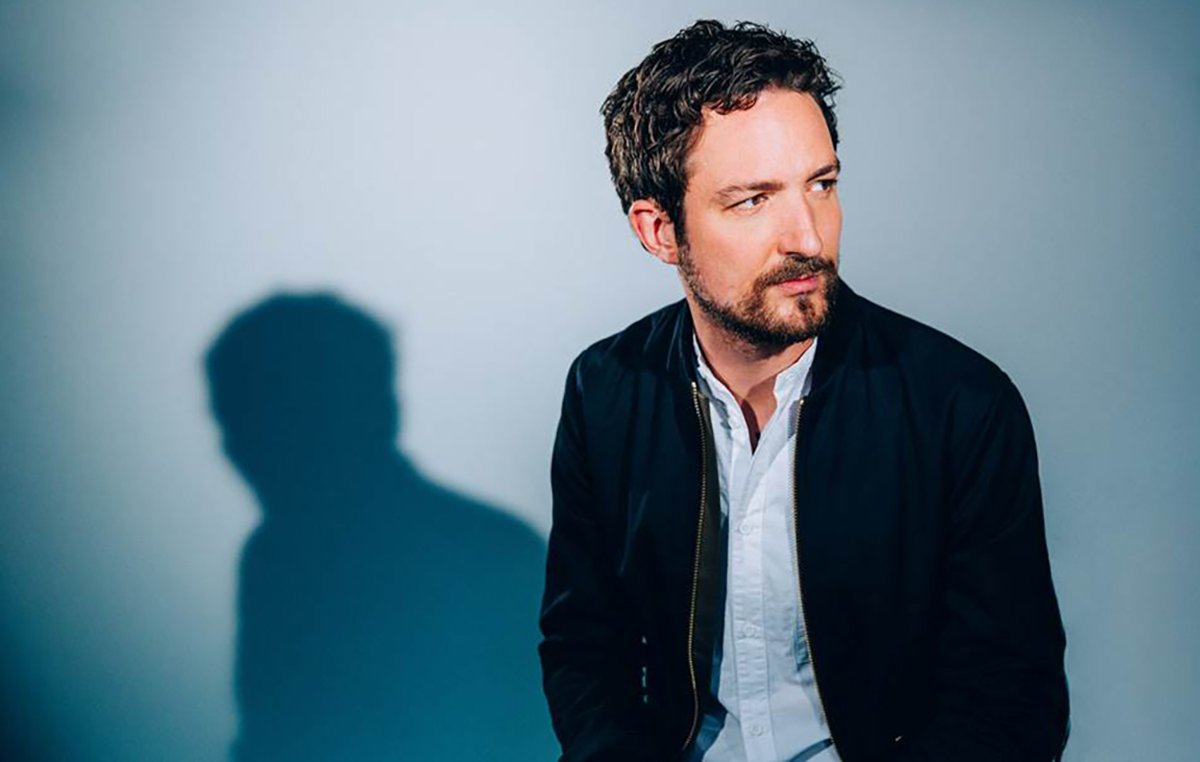 A singular artist and songwriter of considerable talent, Frank Turner is able to sell out arena tours, Alexandra Palace and four consecutive nights at the Roundhouse but still walk down Holloway Road untroubled.

Turner recently announced the Be More Kind World Tour, which will begin in April, with its first leg playing to over 200,000 people across the UK, the USA, Europe, Canada, Australia and New Zealand, taking them through to Christmas. The first batch of announcements covers 120 dates.

Rachel Ducker catches up with Frank to find out more about the singer songwriter and his upcoming tour.

R: I would love to know a little more about your background before you got on the music scene and how you first started playing music?

Well, I was raised in Hampshire by my folks, and had a relatively middle class upbringing. My parents are quite conservative so their experience of music was generally classical music and church music, which never did much for me. I got into music around 10 years old and I was at a mates house, and I will confess to the fact we were playing games, and he had an Iron Maiden poster on his wall, which I thought was very cool. My friend told me it was a band and it never really occurred to me that music could be that cool. So I ran off and I got a copy of ‘Killers’ by Iron Maiden on cassette and since that day I have not looked back! It was a light switch day, do you know what I mean?

R: Touching on your education, is it true you went to school with Prince William at Eaton?

I was there on a scholarship, yes. I took an exam when I was a kid, I can’t tell you what the exam was about, but I did it and passed. I am grateful for the education that I received but felt extremely out of place socially there. It was all a very long time ago, I am 36 now so its not something that crosses my mind all of the time.

R: Your real name is actually Francis, how did you become Frank?

Somebody at school one day called me Frank and given the fact the other kids at school used to beat me up for having a ‘girls name’, it was kind of an escape from that, so I went along with it. At the time I was quite impressed about being referred to as Frank!

R: Does your mum still call you Francis?

Oh she certainly does! Particularly if I have misbehaved! [laughs]

R: You were in a band previously called Million Dead, do you miss being a band or are you happy solo?

I am happy in a band when it’s a band. I was really proud of the things we did in that band; the problem was that the wheels fell off it happened in a pretty undignified way. We fell out with each other and forgot how to be friends and at the end, I felt let down by the other people, as I wanted to do it forever and ever! In retrospect now, I can accept my role at the end of the band as much as anyone else’s, one of the reasons I went solo is because I didn’t want to have to depend on other people, which meant I wasn’t vulnerable to other peoples decisions.

R: I was introduced to your music by my partner a few years ago and when I first listened to a few of the tracks the lyrics really got to me!

R: They make me quite teary, in particularly ‘Tell Tale Signs’ and ‘Plain Sailing Weather’, where do you draw inspiration for in your lyrics?

Lyrics just kind of show up in my head, I was always quite literate. With these songs, I was trying to write in the most raw and honest fashion I could and that was helped and inspired by the fact that the major relationship in my life at the point had fallen apart, so I was writing about myself and my own short comings.

R: Sorry to hear you had such a rubbish time Frank, as we can definitely here that through the lyrics…

Haha! Actually the one thing about this record was I was trying to write a break up song from the point of view of the bad guy. There are lots of break up records in the world and they are all almost all written from the point of view of the victim. It was entirely my fault that the relationship fell apart and I thought it would be interesting to try and write that record as at the time I couldn’t see anyone else who had done that?

R: Your renowned for your honest, hard hitting words, when writing how do you hope people to interpret what you are trying to put out there?

I think the interpretation is one of the most interesting parts, but I also think that what makes it interesting is that its not driven by me. Whatever other people take away from it is their affair and I find it interesting, but I can’t direct that. When people connect with songs that are that raw and that personal it is almost a relief, as you put your soul out there. If somebody else says, “Yeah, I get it man” that feels pretty good. In essence I feel that you have to write for yourself, otherwise it would be dishonest.

R: I hope you don’t mind me saying but your relation a collection of your greatest hits… you seem very young to be doing that!

R: Either you’ve had an amazing career and you have loads of material or you’re older than you say you are!

[laughs] Well I am 36 years old, I am not a man that has a stage age, I have known people over the years who have had stage ages and I am still laughing about it now, because really who gives a toss!

R: Your 8th studio album is to be released in May ‘Be More Kind’ can you tell us more about this? Will it be any different from your past material or something different?

Part of the reason that we did ‘Songbook’ my greatest hits, before Christmas is that I wanted to draw a bit of a line. Its an attempt to get out of my comfort zone and do something I haven’t done before musically, so I am experimenting with a lot of new approaches, different technology, I am thinking a lot more about soul music and pop music than I have before. It’s definitely an attempt to not repeat myself, shall we say? am still laughing about it now, because really who gives a toss!

R: You embark on your mammoth ‘Be More Kind Tour’ stopping by us in Cambridge in April and Norwich in May what can we expect from the show?

Participatory rock and roll explosion shall we say, we are obviously going to be playing quite a lot of new material. I have always tried to include old material in my sets as well; I don’t want to be one of those bands that stop playing the old songs.

R: What has been the biggest moment of your career so far?

The highlight for me is that I have a career still in my late thirties, when I was a kid I told everyone I was going to do this and everybody laughed… so f*ck them!

R: What’s the secret to your longevity?

Hahaha! I like to think I have been true to my artistic instincts and also blessed with a creative head, I get bored very easily and I like to be active, so I find myself in a creative form of ADHD.

R: Well thanks for your time Frank we will see you in Norwich!

Well thank you, its been a Pleasure.