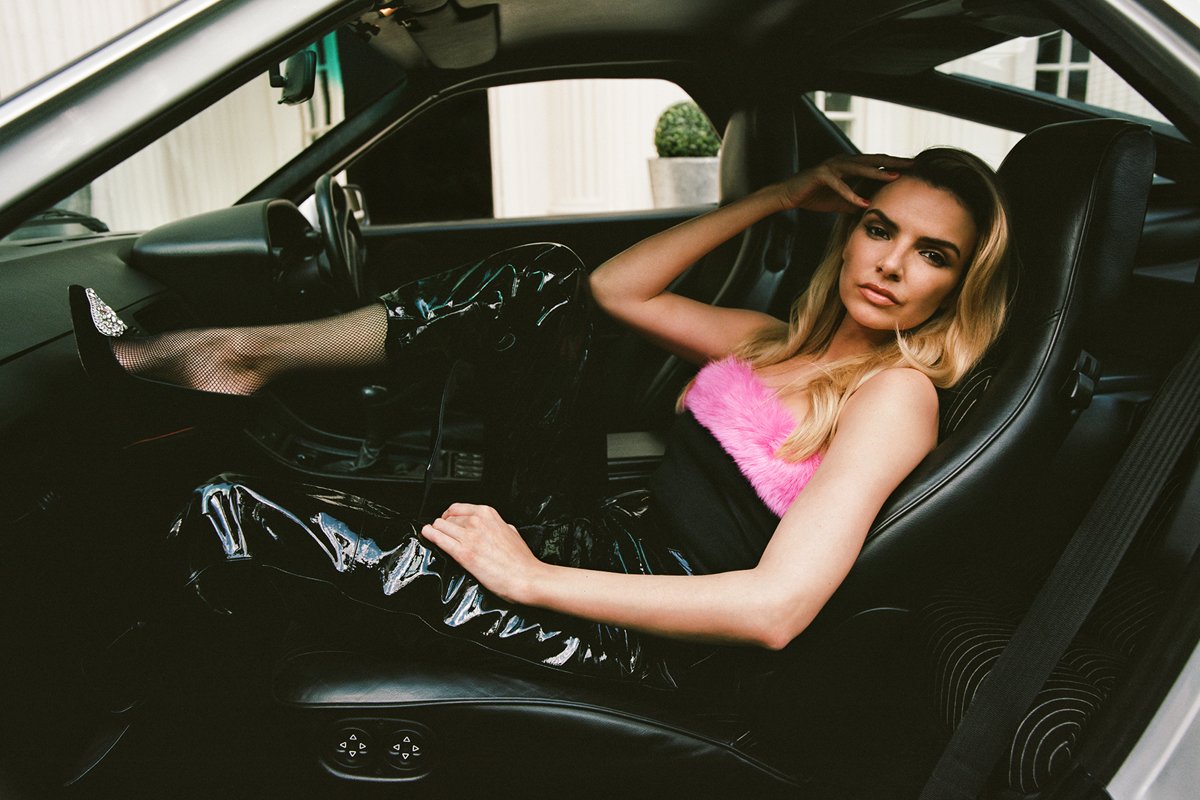 Bounce Magazine’s Rachel Ducker speaks to Nadine Coyle about her time in Girls Aloud, motherhood and her new EP…

She returned to the music scene late last year with a brand new song ‘Go To Work’, now Nadine announces the release of a new 4 track EP and a UK tour, celebrating strong women.

She will also be hitting the road this May for a UK and Ireland tour, performing the greatest hits of Girls Aloud solo, alongside songs from her forthcoming new album. Pop fans should rejoice as this tour is set to be the ultimate party night out this Spring, seeing Nadine perform such legendary hits as ‘Sound Of The Underground’, ‘Love Machine’, ‘Biology’, “Something New’ and ‘The Promise’, alongside new Nadine stormers such as ‘Go To Work’ and ‘Girls On Fire’.

If each member of the band – who sashayed their way through a ten-year, five album career – had a role, then Nadine’s was The Voice. Often demoing the songs with Brian ahead of the other girls during the band’s tenure, it’s always been any discerning pop fan’s dream for the pair to collaborate again on Coyle’s solo material.

The Derry-born singer opens up to Rachel Ducker, about motherhood and touches upon her time in Girls Aloud. 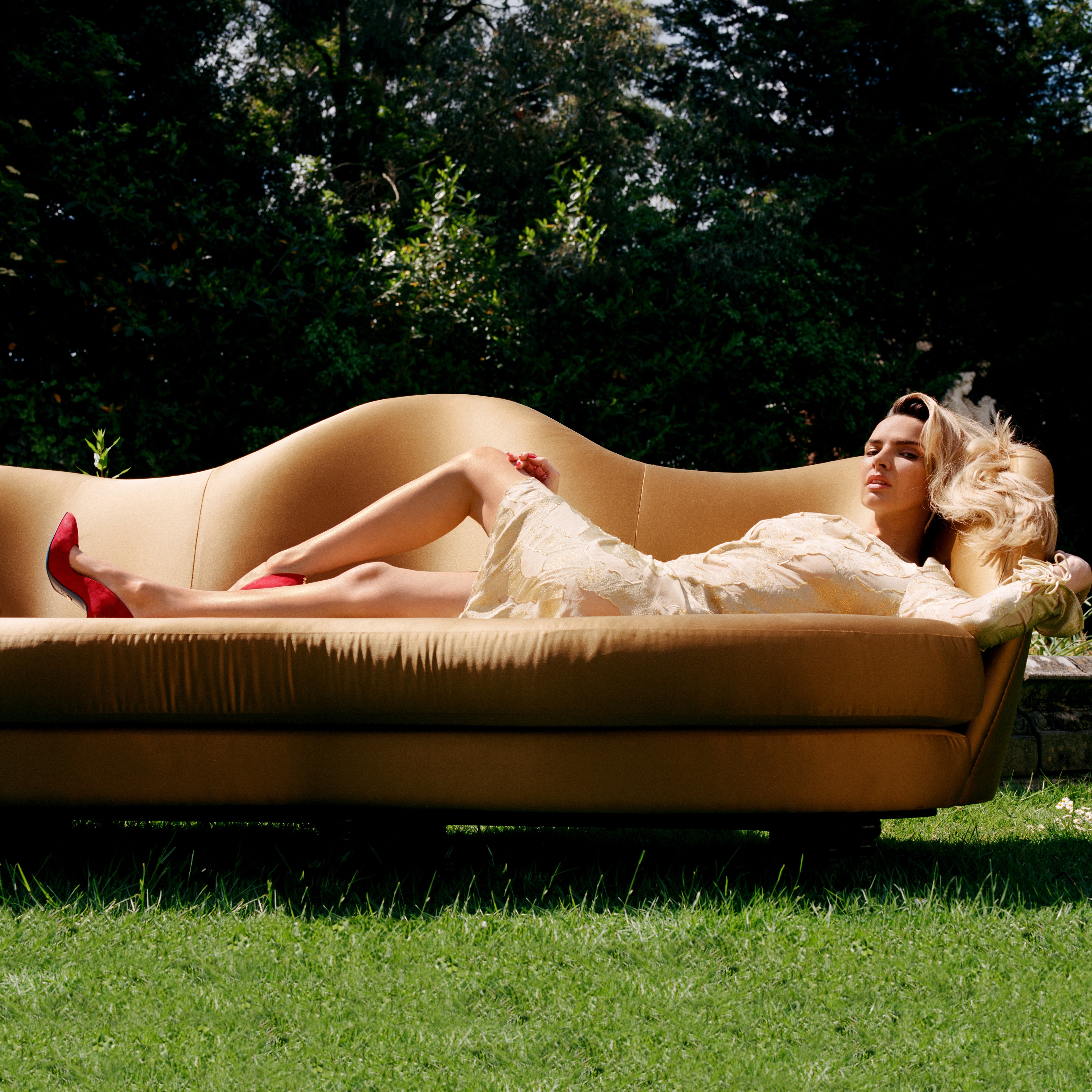 R: Hi Nadine, how are you today?

I’m really good how are you Rachel?

R: I’m great… thanks for your time, I know I don’t have long so I will start with my questions! When did you realize you had a passion for singing?

I was really young. I used to sing ‘Saturday Night at the Movies’ when I was three years old, I even used to sing the ad-libs on it. My mummy and daddy were like “what is she doing?” A, where did she hear this song, people kissing on the back seat of the movies, and B where did she get all of these ad-libs?

Very early on, I just loved singing and singing songs that I felt connected to. My dad was a singer in his spare time, he did performances and shows, so he got me and my younger sister involved. It’s just something I’ve always done.

R: We saw you emerge onto the music scene through the TV Show ‘Popstars,’ in 2002, which is where Girls Aloud was formed. Does it feel like a lifetime ago now?

It really does? It’s almost like a different world.

R: I mean, how was it to reach Christmas number one with your very first single the ‘Sound of the Underground’?

It was incredible; I did not expect that at all, even though I knew the song was amazing.

I still love it… I know! I think I am going to do that one on tour, there’s just so many songs that I want to do on tour, but I can’t do them all. Yeah, it was a huge surprise to get to Christmas number one. I remember just going home and being so exhausted. We had so much promo once we were in the band, we were just like “urgh”, and I didn’t know how I was supposed to feel?

R: What was it like to be in an all girl band?

Well, I have two sisters, there’s us three girls, and I went to an all girls secondary school and I have lots of girlfriends, so for me being around girls was what I was used to. I have definitely spent a lot of time in my life with girls, so it wasn’t anything out of the ordinary for me. I think there was 30 girls in my school class, so going from 30 girls to 5 was easy!

R: Its no secret that since the band have gone their separate ways that there has been lots of things said, not all pleasant, has is it hard going through all of that in the spotlight?

No, not at all. I mean, I think its definitely part and parcel, its just what happens, journalists write things and people make stuff up. You will feel like there are times where it’s a personal attack, but if you can’t handle it, you should probably pick another job! [laughs]

Yeah it was fine, I wouldn’t say it was particularly hard or anything of that nature, but as people, there are times when things go up and down. There are highs and lows in the entertainment industry and that’s just how it is. You know what I mean, you just roll with it? 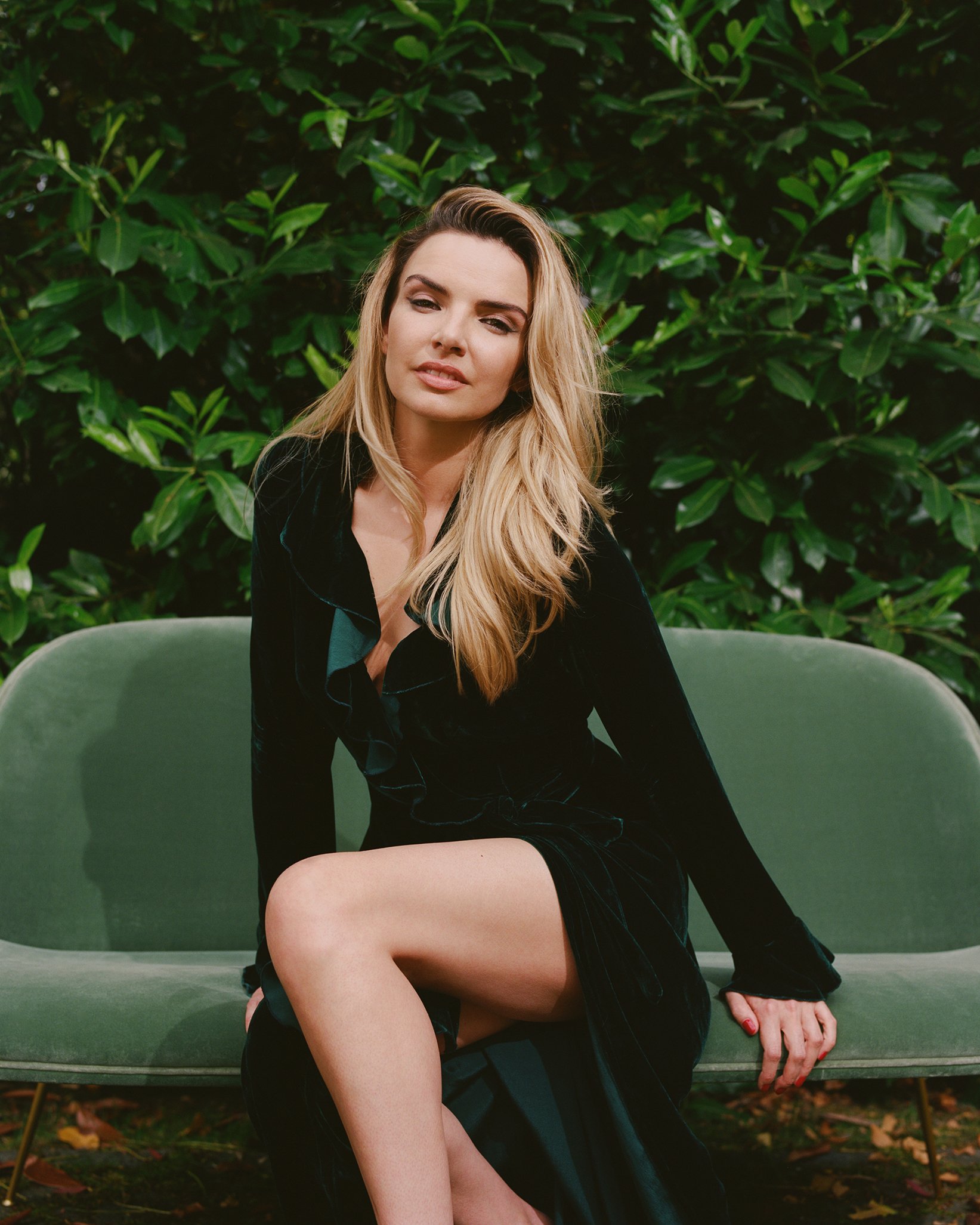 R: I guess it’s like a bad day at work then?

If you were working in an office there would be general office politics. You would then tell your friends about it when you go home. Whereas when you do something in this industry your then the person that people talk about in their offices! But I am not in offices having to hear what people have to say so… I am fine [haha]

R: So you’ve teamed up again with the bands mastermind, Brian Higgins, what can we look forward to from here on?

Yes I have! Oh… you can look forward to lots of new music, which is always great, they are really supportive. We are doing very soft releases and building up a portfolio of songs, and then we can work on the directions, much like with Girls Aloud, there are so many different genres of music. It’s so easy to put music out these days so it’s a great place to be.

R: Your tour starts in May, what are you most looking forward to about that?

Yesss! I am most looking forward to having the set list nailed down, having the show rehearsed, knowing exactly what we are all doing and then I think I will be able to get a good nights sleep! Until then, I don’t think I will sleep properly until May!

R: You’re also a mum as well now, how does that work around your career?

She’s so brilliant, she really, really is! She’s just hilariously funny, and we have a great time together, so its just a matter of balancing me being a mother, and then having to go to work, because sometimes mummy’s have to work and we can’t all be at home, all of the time. You just try your best and try to apply yourself to each thing as best you can and fingers crossed that it’s all alright? [laughs]

R: In the next year I hope to be a mum, but as a full time editor I am worried…

Oh wow, are you planning or already pregnant?

R: Well, I have an upcoming wedding in June, so we will see what happens after! Do you have any advice for working mums?

Just don’t beat yourself up to much; you’re going feel guilty by not spending every single second with your child, whether awake or asleep. You have to work, its not like the days where the man went to work and the woman stayed at home and shook him a cocktail at the end of the day – those days are long gone. I like working, I enjoy working and if you do too, you should incorporate that into being part of your life and not worry about it too much.

R: I think its tough being a woman… even having to change your surname…

Well you don’t have to [laughs] there’s no law against that!

R: True, I think I’ll keep my surname for business purposes only [laughs] I have noticed your songs are so empowering and embrace strong women – is that something you will continue to do?

Yes! Absolutely I am all about that. I am one of three sisters as I said earlier I have lots of girlfriends. I am so passionate about it, you cannot tell me that we are inadequate or not as good, it’s the complete opposite and we have some amazing strengths. There is nothing that we cannot achieve and I will challenge anyone who dares to disagree!

R: Well said I completely agree. So are you back from the states full time now? Is it nice to be back?

I love being back in the UK, I really do. I mean, I have the restaurant in the states and I go back and tour, which is always great. I used to go back and forth more before I had Anaíya, but now its just not feasible with the time zones. I was constantly running her between here, LA and New York and it was confusing her eating times and routine. It was better to just try and limit it.

R: I guess some stability it probably quite nice right now after all that?

Yes! It is! Having Anaíya forced me to be just comfortable, I had no stability at all since the age of 17, now I am like, I have a bern I have to have a routine, so its been very nice.

R: There’s been talks of you starring in the Channel 4 comedy Derry Girls… any truth in those rumours?

Yes! There absolutely is! I have been talking to the writer so we are just trying to figure out what we can do for the next series and how we can make it work.

R: I bet it will be nice to be back in Ireland?

I love Ireland, it still is and always will be home. It’s so easy to get there from London. I am in Ireland regularly; I am never to far away [laughs]perspective, it’s given me strength and also with the physical side of what we do, it’s helped me.

R: Any plans for another album?

Definitely, I mean this is my 15th year, and I hope that I can continue for another 16 years! That would be great!

R: Well thanks so much for your time Nadine and best of luck with everything to come.

You too and good luck with your wedding in June!