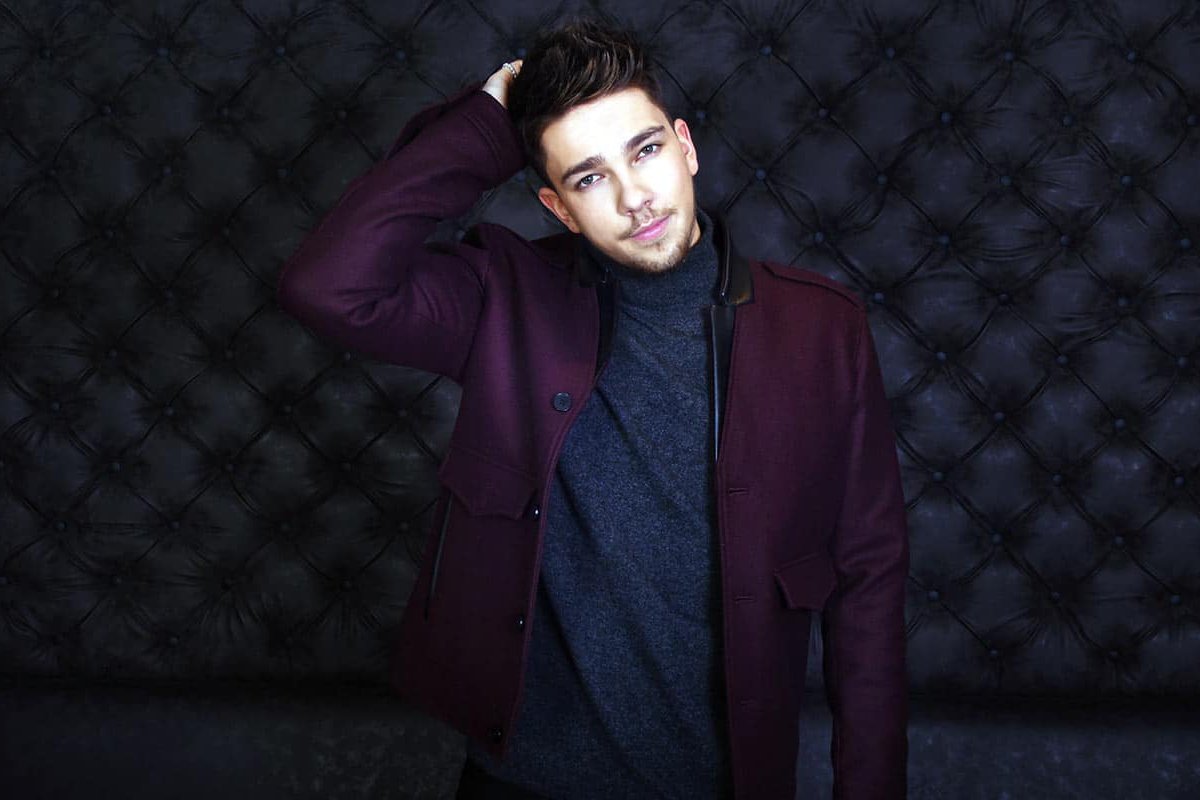 2016’s X Factor winner Matt Terry launches his debut album ‘Trouble’. Matt co-wrote his album, which centers around the full cycle of a relationship from love to heartbreak and moving on.

He had a top 3 hit with his Ed Sheeran penned winner’s single ‘When Christmas Comes Around’ before wowing crowds across the country on the X Factor Tour.

From there he has been writing and recording his debut album all around the globe including Miami, LA and Scandinavia. He featured on the track ‘Bridge Over Troubled Water’ – the charity single for the Grenfell Tower disaster; showed off his fluency in Spanish on Enrique Iglesias’ Top 10 smash summer single ‘Subeme La Radio’ with Sean Paul and has even fronted his own radio show for Capital FM.

Matt’s future is one we should all be watching closely as he prepares himself to take on the charts.

Rachel Ducker speaks to Matt about his journey so far and the new album.

R: Hey Matt how are you today? 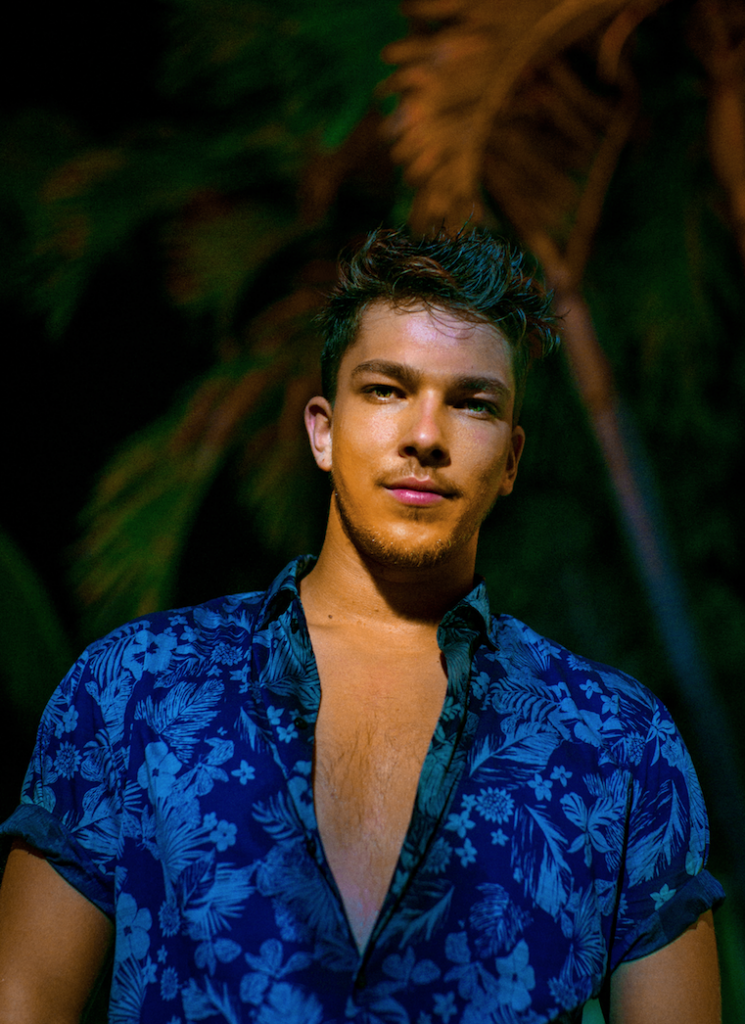 I had the best time on there, I made some amazing friends and I feel like I learnt so much on the show.

It was definitely challenging don’t get me wrong, wanting to go home on Sunday’s was always quite hard.

Obviously we didn’t want to be voted off, it was almost like singing for your life every week, but it was so worth it and I’m so grateful to the show and what its done for me. It’s such a good feeling.

R: Was it hard to compete against people who you were forming friendships with and friends who almost became like family to you in a way?

Yeah definitely, I think that was very much the case. You’re fighting almost against your brothers and sisters; your living together and you’re with each other 24/7.

Its something you just have to do and everybody wanted to win.

We were all in the same boat so its not like some people were not there to go all the way, and although everyone wanted to win at the same time we were all happy for everyone else along the way.

R: I guess because you all shared that same feeling you could all relate to each other, which probably brought you closer together in a way?

Absolutely, everyone was always there for each other, they were a great bunch, just lovely people.

R: You had Nicole as your judge, what was it like to work with her?

Amazing, she is so talented and I think whoever has her as a judge has an advantage. She is an artist and knows exactly what its like to be up there singing and performing in front of every body so that’s a bonus.

She’s great now, we are very much in touch, we go for dinner every now and then, she gives me feedback on my music and listens to my stuff, she’s super supportive.

R: Did you feel under pressure to do her proud in the competition?

I wouldn’t say it was pressure, I think no matter what I did she’d always be proud of me, but of course I wanted to please her, make her happy and show her that she’d done a good job by mentoring me.

R: Well she helped to raise a winner in the show so I think that speaks for itself! 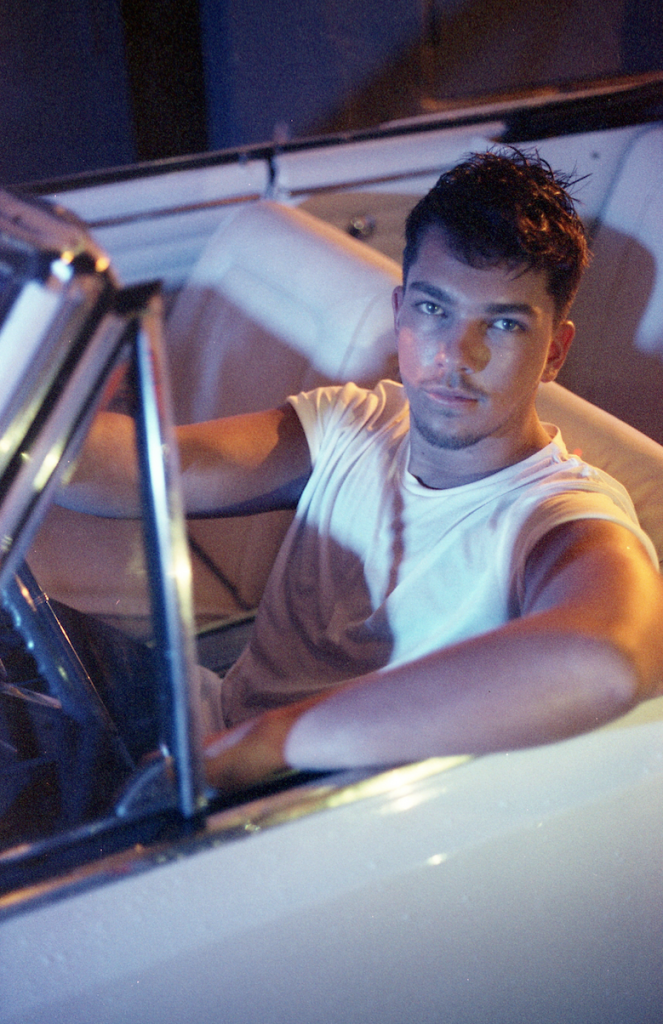 R: So what were you doing before the X Factor?

I was a waiter. I used to work in Carluccio’s in Bromley, which is an Italian restaurant, so yeah, I was waiting tables and it was defiantly not my forfeit.

I would spill pint glasses down customers, drop plates and trays, it wasn’t my thing.

R: Well little did your customers know at the time, things were being spilt by the future winner of the x-factor? [laughs]

R: Have you always been musical?

Yeah, nobody sings in my family, but we have always listened to music from such a young age and it’s been such a big part of our lives.

We loved the Motown stuff like The Drifters, Barry White, Whitney Houston, and Michael Jackson, all of those artists would always be playing, so its definitely been a huge influence.

R: Who were your musical inspirations growing up as a teen?

I think for me it was Bruno Mars and Jessie J, they were my two favourites.

I love their music and their voices; they really inspired me to want to sing. So I guess I will have to thank them one day!

R: Well perhaps you will get the opportunity to do that, you’ve also just made me feel slightly old as my favourite band from my teens was the Spice Girls, I am not sure if I should admit that?

R: You’ve recently released your debut album, are you pleased with the results?

I’m very pleased. I’ve worked so hard on it, I’ve been travelling all over the world, writing with the most amazing producers and songwriters and I think we wrote over 70 songs and we had to narrow it done to about 13 and I’m so pleased with them.

It was very hard, I managed to get it down to about 30 and then my record label, my team and my manager helped make the decision on the final 13, which was very tough!

R: What’s your favourite track from the album?

At the moment its probably ‘Try’ but I do love all the tracks.

R: Post-X Factor win, was there any discussion about what sort of musical direction you wanted to make?

It all depends on your journey, I think everyone has a different path, I was actually lucky enough to be offered two records deals so I got to chose between two, so it was really up to me.

R: That’s never a bad position to be in?

Exactly, so I went with RCA as I felt they were a better fit for me.

I can only just say that they are outstanding, they’ve given me all the freedom, everything is down to me, such as what song I want out, what I want to do in my music videos, what I want my artwork to look like, when I want to release, all of that. They are incredible, I love them so much. 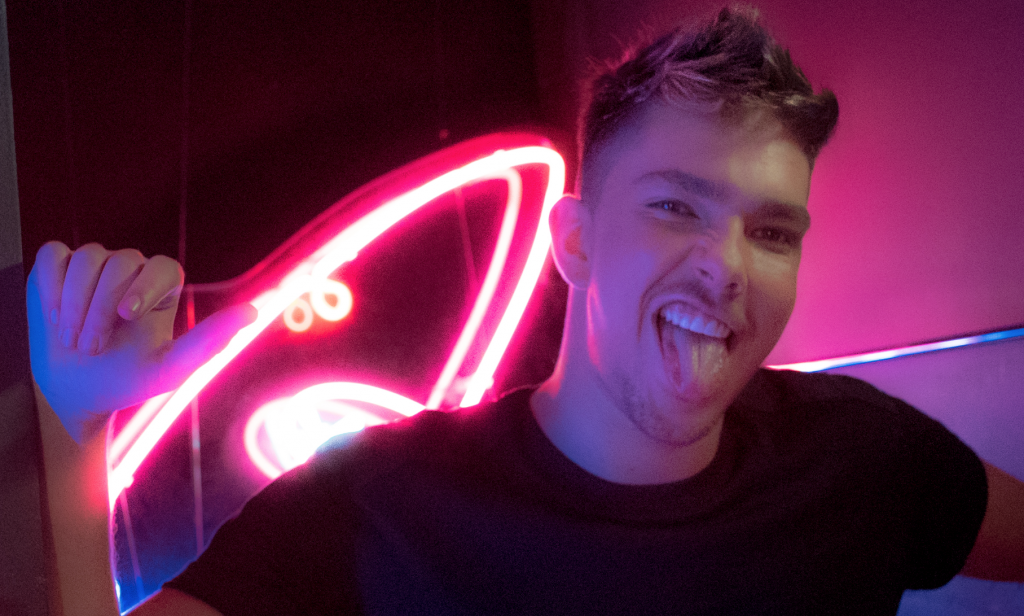 R: Its great to have such flexibility, I speak to many artists who sadly don’t have that until they release their own independent labels years down the line.

So back to the album where did the recording take place?

Everywhere, I was in Miami, Madrid, Sweden, Norway, Finland and all over London, it was a universal one.

The highlight has been jumping on the track with Enrique Iglesias and Sean Paul, I never expected that, it was last minute and quick, it all happened so fast and it was amazing to be respected by artists such as Enrique and Sean.

In the UK we were top 10 for like 14 weeks it was just amazing, such a great feeling!

R: Do you ever get star struck?

Yeah I think so, I think if I haven’t met somebody before I always get a little star struck.

R: Do you think its something you will get used to?

[laughs] yeah I think so, once I have spoken to them and broken the ice I feel ok, and I am normal, but it’s the initial introduction. You want to come across nice, and you want people to like you I suppose?

R: After the X Factor, people had been following you for many weeks and with that comes fame, followers and fans, was that hard to get used to?

Sometimes I am really with it and I can deal with it, and there are other days where, well, for example, there was a time when I was ill for a couple of weeks and I didn’t leave the house much.

Then when I left I totally forgot who I was and I was in a shop and someone was staring at me, and I thought “have I got something on my face what’s going on?”

Then I remembered why they were starring at me!

R: Have you been watching this years show?

Yeah, I love the new studio, this year’s judges are my favourite judges they are the perfect combination.

R: Would you like to think that people will now recognize you as Matt Terry and not the X Factor winner and contestant?

I feel like it’s so important to remember where you came from.

I wouldn’t be here without the show, so I will always be super grateful, but yeah, to be fair it was always like “that guy from the X Factor,” but I haven’t had that in such a long time now but I know of course I am always going to be known as an X Factor contestant.

I really don’t mind, but it is nice to be known as Matt Terry.

Even now with bands like Little Mix, they are still part of the X Factor family and its something we should all always be grateful for.

R: As we enter the New Year what can we look forward to?

A tour, we are planning the tour, which I am so excited about, performing live is one of my favourite things to do.

R: Do you have a preference about where you perform?

It completely depends what mood I am in.

I think if I am feeling pumped and energetic, a massive arena.

On other days when you are feeling maybe creative or super inspired, you want an intimate audience that you can really just connect with and look into peoples eyes and just see them singing back to you.

I’d say it just depends on how I am feeling.

R: I guess it’s nice to have the best of both?

R: Well, we are really looking forward to the tour next year and I hope the album continues with its success.

Thank you so much, its been great speaking with you.

Listen to the interview online at www.youtube.com/bouncemagazineuk