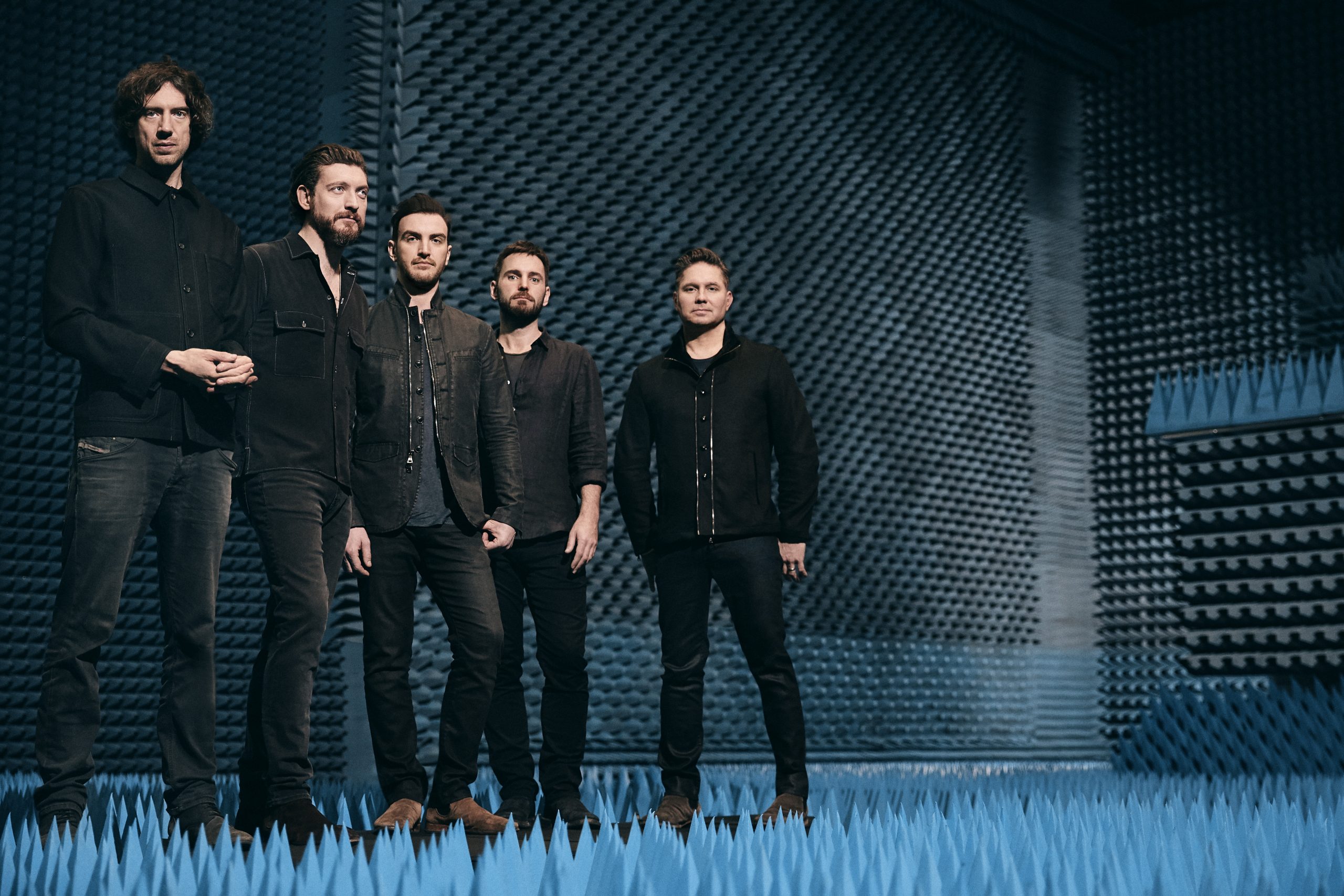 On May 25th, Snow Patrol returned with Wildness, their first album in seven years, which finds the band searching for clarity, connection, and meaning, while staying true to the melodic songwriting prowess that brought them to prominence.

Wildness taps into something raw and primitive, and lead-singer and songwriter Gary Lightbody says of the album:

“There are many types of wildness, but I think it can be distilled into two: the wildness of the modern age, all it’s confusion, illogic and alienation and a more ancient wildness. Something primal, alive and beautiful that speaks to our true connectivity, our passion, our love, our communion with nature and each other. This is the kind of wildness the album is centered around. The loss of it.

R: I’m really good thanks, how are you?

R: It’s really sunny here today, so I hope you have some sun where you are?

R: I’m going fire straight into the questions. How did you first get into music?

Well, I heard a record, which was by The Police – ‘Message in a Bottle’, and I thought ‘I want to be a drummer’ after hearing that.

I grew up with lots of record shops around me; I used to hang out in them and ended up working in one. I think I’ve always wanted to be in music, but back then, not really realizing it could be a real career and it turned out it was. 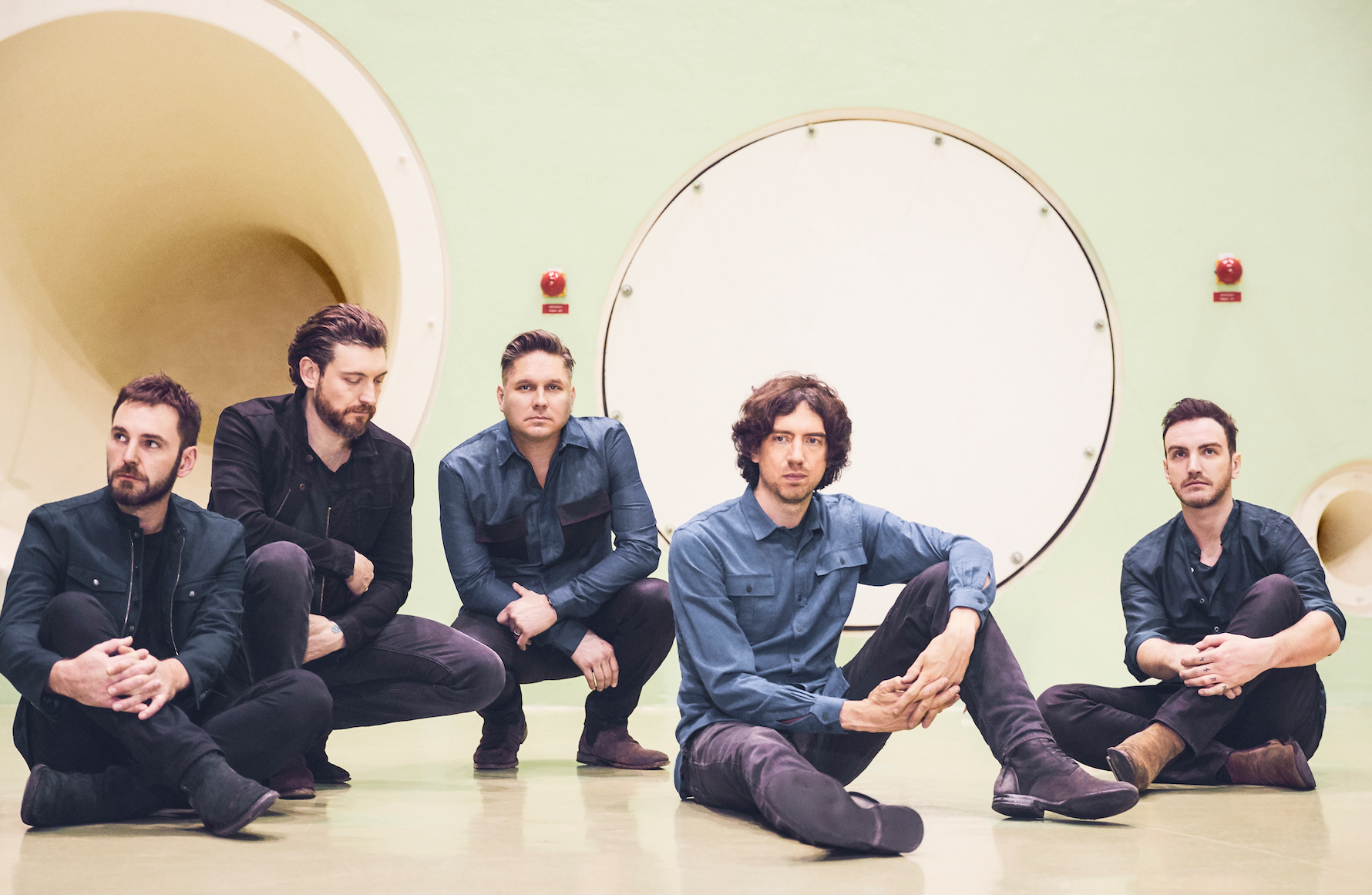 R: What were you doing before you were in the band?

I was putting on little gigs and I was in a band at the time called ‘Shrug’.

Gary was actually four years younger, so I heard about the band through my brother.

He thought I looked organized and I could also drive, which was a bonus to the band.

R: You joined the band later on, how did that all come together?

I just got a call from Gary saying that he had

got a record deal and would I like to join.

R: So that was good leverage? Did it take much persuasion?

Well, I didn’t have to do an audition or anything, but I did say I need to think about it [laughs] so he was like ‘well you’ve got a week’.

When you’re in your teens you sort of think that playing fast solos is a really good thing, then you realize actually, the songs themselves are the best bit, so I grew up listening to a lot of Zeppelin and Rock Bands like that.

R: How did the name Snow Patrol come about?

We were called ‘Polar Bear’ initially and then we got a call from someone else who had the same name, so we had to change it. So a friend of ours just called us the Snow Patrol, and for some reason, we don’t know why, so we just thought why not?

R: It’s obviously worked. I have noticed ‘Polar Bear’ referenced in a lot of your things, so for example your album was ‘Songs for Polar Bears’ and also you have ‘Polar Patrol Publishing’, so I have come to the conclusion there is a lot of ‘Polar’ going on?

I know, we have something about the arctic; maybe we are fascinated by it I don’t know?

R: Its very good synchronicity though, so from a marketing perspective you’ve

nailed it. So I am getting married in six weeks…

R: I have heard that you made a very romantic proposal to your wife? Can you tell us a bit more?

Yeah, so we were playing near an area where I grew up in Northern Ireland. During the gig I thought I would do something kind of subliminal and I asked my wife to marry me on the screen, but it was only going to appear for literally three seconds, so I had to make sure that my mum was standing there and telling her to look at the screen at that particular point. So I had it on my drums and I just put it on, it managed to work out as she was looking at the right time…

R: And she said yes?

She did yeah [laughs] and we’ve got a little boy who is five.

R: Do you have any advice to newly weds? I mean you’re in the spotlight you must find it hard sometimes?

I think fame is a weird thing; my wife isn’t too bothered about what I do. It’s only hard when I am on tour I suppose? We get a lot of time together at certain points, you know, I might be away for a while but then I get two weeks where I will be home all of the time. So yeah, I think it is good being away sometimes, as it makes the heart grow fonder.

R: That’s what they say! So we touched upon your publishing company earlier, and you’ve produced hit singles for people like Ed Sheeran, Birdie, and Robbie Williams, can you tell us more about that?

So I started this company seven years ago and we took Ed on support in America and he and Johnny started writing together, from that, I gathered songwriters and it was like having an office job. It was really rewarding and

fascinating to work with writers in that way. I am not the writer I am just the pusher.

R: Behind every good writer is a good organizer, so that is a very important job!

That could be my strapline!

R: So Ed used to go to school with some of my friends and we used to watch him at local gigs and now we don’t get to see him at all because he is so famous?

[laughs] yeah I know! That is in Suffolk is it? We played the first latitude?

R: Yeah I came to see you! We are so close to Latitude and are huge supporters, but I have to confess I do come home for a shower each day…

R: So can you tell us about your new album ‘Wildness’ out now? Is it the same Snow Patrol we know and love or is it a slightly different sound?

I think it is? I don’t know. The one thing that’s always constant is Gary’s voice, although this time, there are a coupe of songs where he does sound a bit like Rod Stewart, so he has changed his vocal up a bit.

There are definitely songs on there that people will be quite shocked by, it’s a different offering, we definitely haven’t repeated ourselves.

That was the point, you know? It’s forced us to come up with a different sound.

R: What are your plans for the rest of the year?

Well we are going to be doing European Festivals and we’ve got our own tour coming up. We are also doing Australia, America, South America, Canada… everywhere!

R: So just a small tour then?

R: So one last question, what is your favourite Snow Patrol song?

Oh, well my favourite one is ‘Life on Earth’ which is out at the moment.

R: What about previous albums?

‘Fallen Empires’ which is great to play live, ‘Shut Your Eyes’.

R: Thank you so much for your time today Jonny.

Best of luck with the new album.

Thanks Rachel, you take care.

You can purchase the new album now.