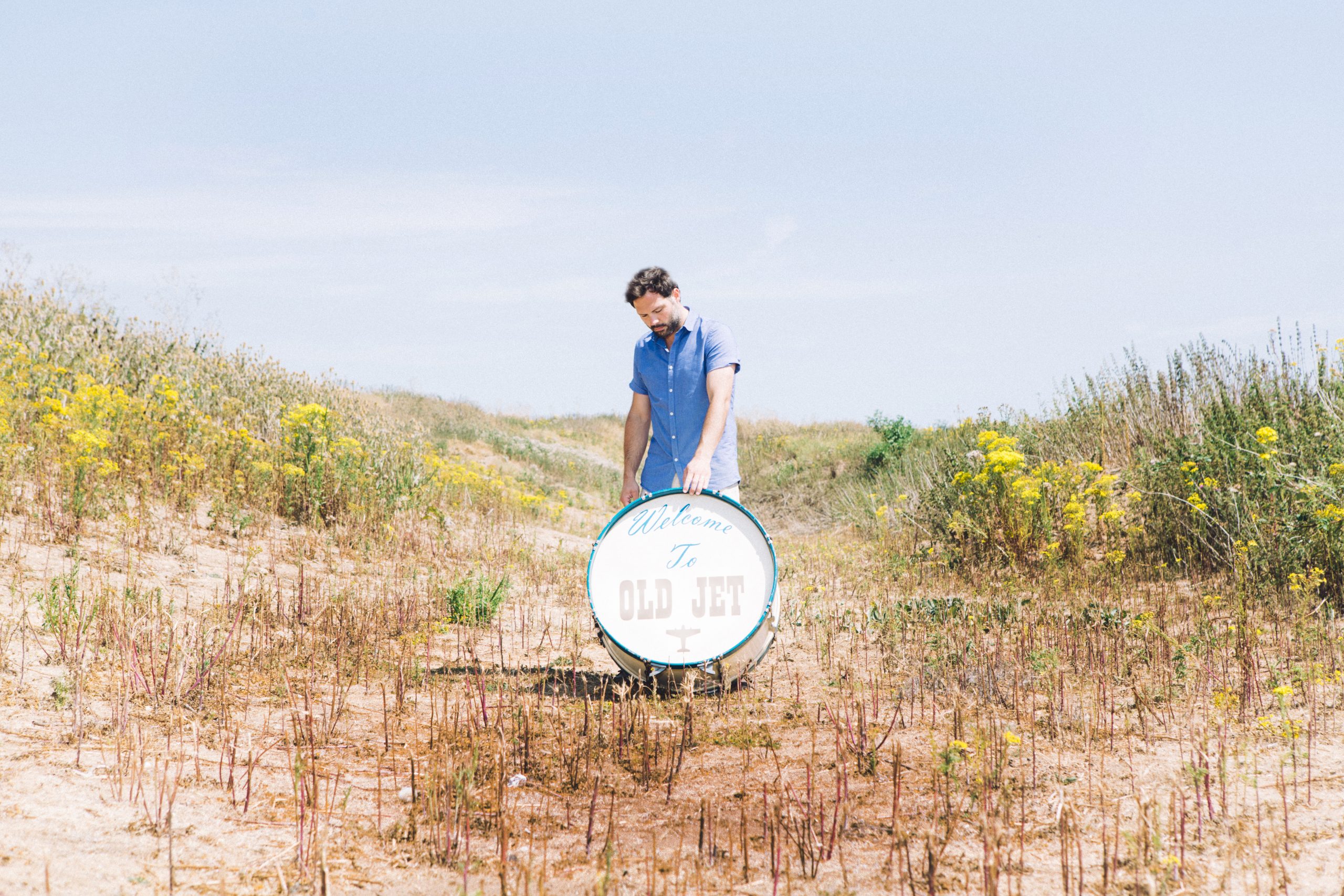 We speak to Keane Bassist and Founder of Old Jet, Jesse Quin, about his career to date and creative space on the Suffolk Air Base…

After moving up from London with his wife and one-year-old daughter, he’d only planned to stay in Suffolk for six months.

After he and his wife decided against going back to London, Jesse looked for a new Suffolk based studio.

With a vision of building an arts hub from the ground up – Jesse stumbled across a derelict building on the former U.S Air Base at Rendlesham.

It took some imagination to visualise the successful brand that he has created today.

Slowly but surely, the former Thomas Mills High School pupil, transformed the site into a command post for creativity.

Named Old Jet – a nod to the building’s former purpose – it now contains 15 rooms for artists of all disciplines and an upstairs music studio.

Next door stands an enormous rehearsal hangar while a nearby unit stores equipment for bands including his own, Keane.

He has also had clients who include the likes of Adele, Mumford & Sons, Noah and the Whale and Bastille. 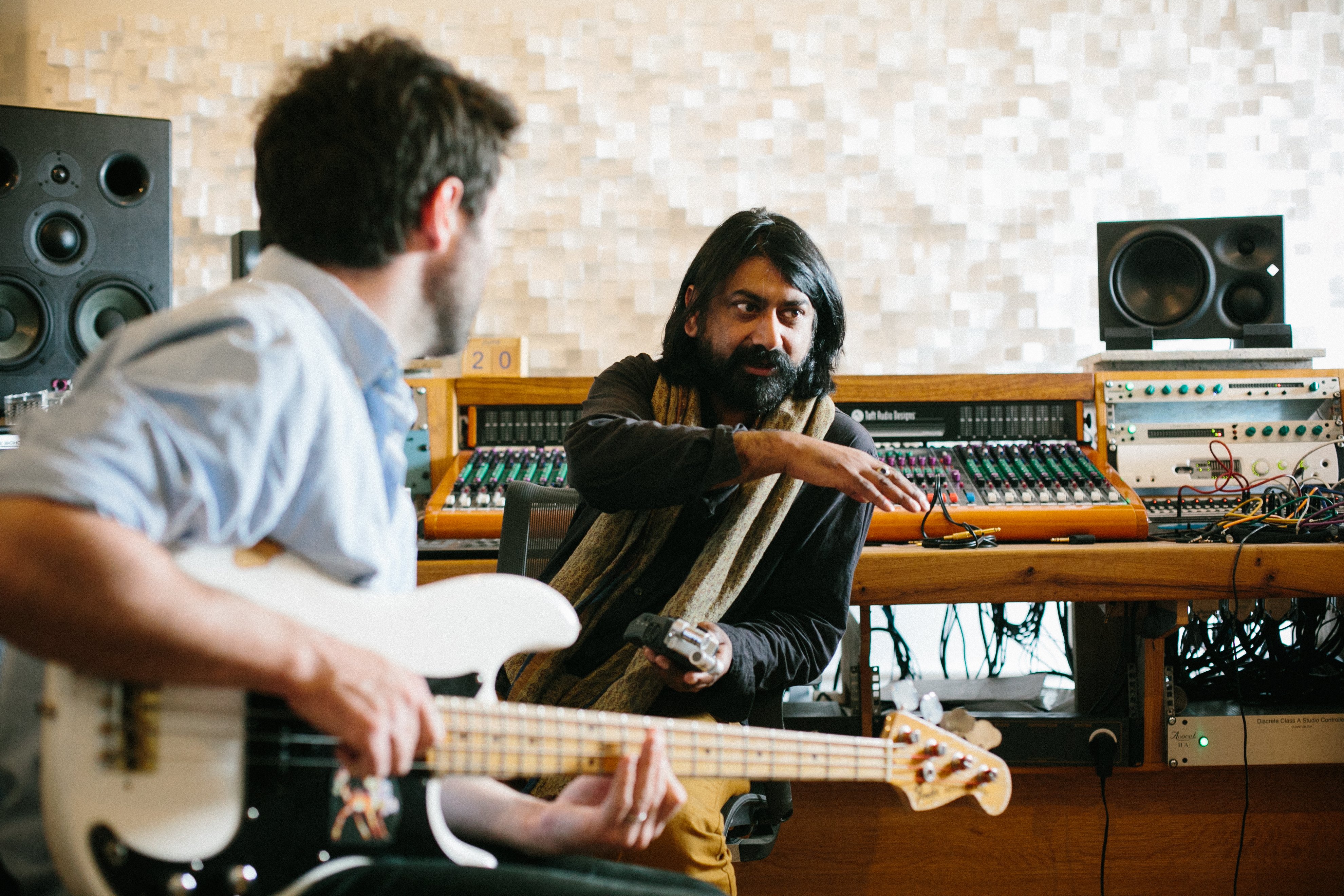 Hey, how are you, are you alright?

Thank you for your time today.

So first, I would love to know a little more about your background, and how you first got into music?

I grew up in Suffolk, my dad was a sound engineer and festival production manager, and my mum is a singer, so I was around music from day one.

I was born from a festival, my parents were working when my mum was  nine months pregnant, and from  there they went off to the local hospital to have me, so it’s always been my life. When I was seven I started to play music, I got into the drums and just had the bug for it, really.

R: I guess you can say it was in your blood?

R: So how many instruments do you play?

I am ok on drums, bass, guitar and keyboard, but I think if I had one skill, its probably that I can get parts out of all instruments, I can play a bit of saxophone if I need to and things like that.

As long as it’s in the right key!

R: Do you remember the first band you were in?

That’s a good question, It was probably my high school band when I was 11, which was called Herbal Remedy [laughs]

So terrible… so terrible! But yeah, we played Metallica and Nirvana covers and things like that.

R: Was that at Thomas Mills High School? I believe you’re a Fram lad?

Yeah, it was a fantastic school for music, it still is, you had a lot of freedom and encouragement and there was never any sense of young people making a racket, it was all-good as far as they were concerned. 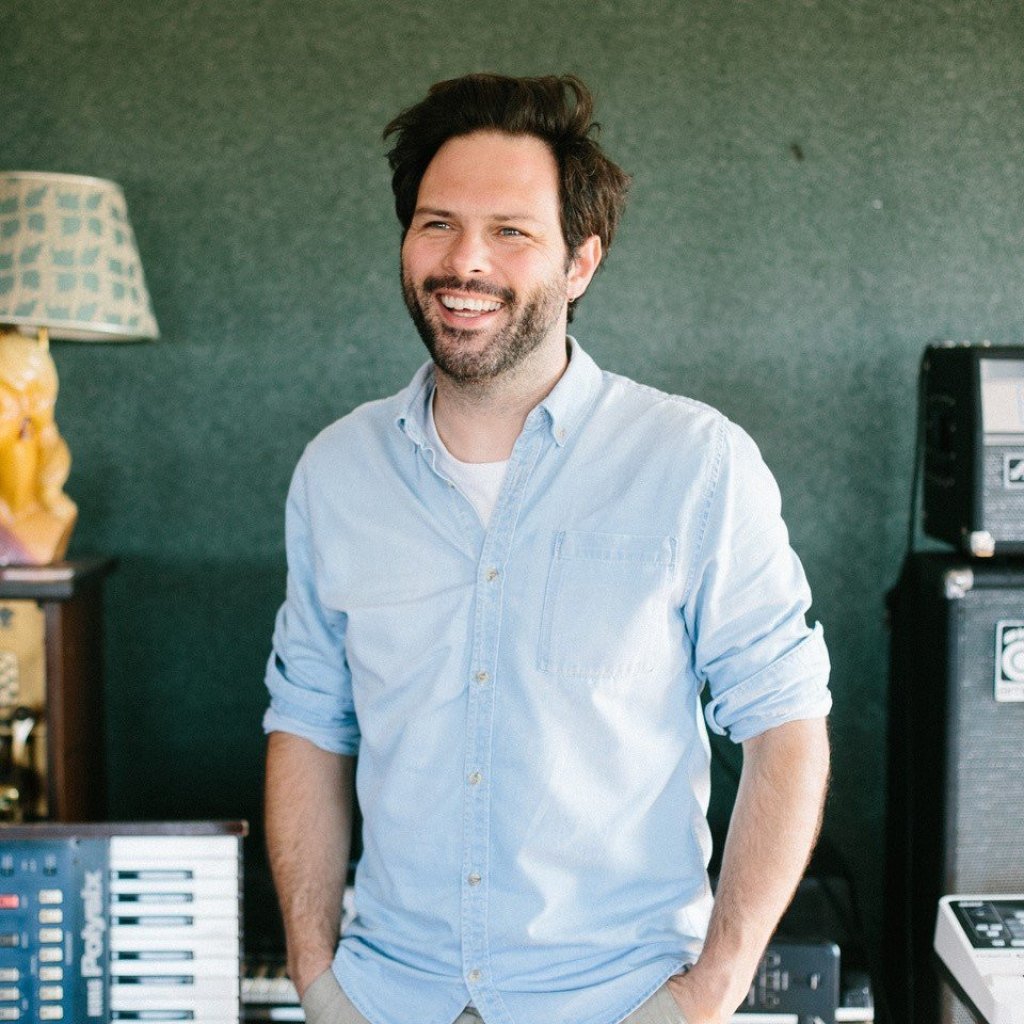 R: Many people will know you from your time with Keane; can you tell us about how you ended up joining the band?

It’s a long story, but basically I did roadieing work with them when they started and then ended up through meeting their manager playing in one of his other artist’s bands, a girl called Laura Marling.

Then when Keane decided they wanted to get a Bass player, I was basically the only person they knew and had a proven track record, there was no auditioning or anything, it was just casual and loose and it went well.

R: So how did it feel transitioning from being roadie and then being in the band? That must have been quite a 180 flip?

If you try to help a roadie and you’re in the band, they get furious because if you… [laughs]… brake a finger or something it means they don’t get paid, they’re out of a job, so for a while I was trying to help all the time [laughs] and getting in trouble for it. I definitely am more suited to playing than roadieing – I am not a natural at it [laughs]

R: You’ve also worked with bands on a lot of other side projects including Marcus Mumford and Laura Marling, does that keep things fresh for you?

Yeah, I mean around ten years ago now back when I was living in London there was a little West London Folk scene happening that was based around a bunch of musicians who all went on to do well.

There was Mumford & Sons and various guys, The Vaccines, Noah and the Whale and at the time there was a real spirit of collaboration between everyone.

We all played in each other bands and that collaborative genesis of all those artists’ careers have carried on.

R: I’ve learnt through speaking to a few artists how important collaboration is in music, it seems to be that there’s a collaborative feel forming in Suffolk now?

Yeah, I think if you’re just starting out then having people from bigger bands who are just nice people encouraging you gives you such a boost.

R: [laughs] Amazing! It must be nice to work with like-minded people at various events who all have that same passion for music?

I think growing up in Suffolk; I don’t know if it means you’re naturally more practical?

With all the musicians I have friendships with we all help each other; I mean if I see Marcus from Mumford & Sons, I will help him chop down a tree on his farm… everyone’s kind of… 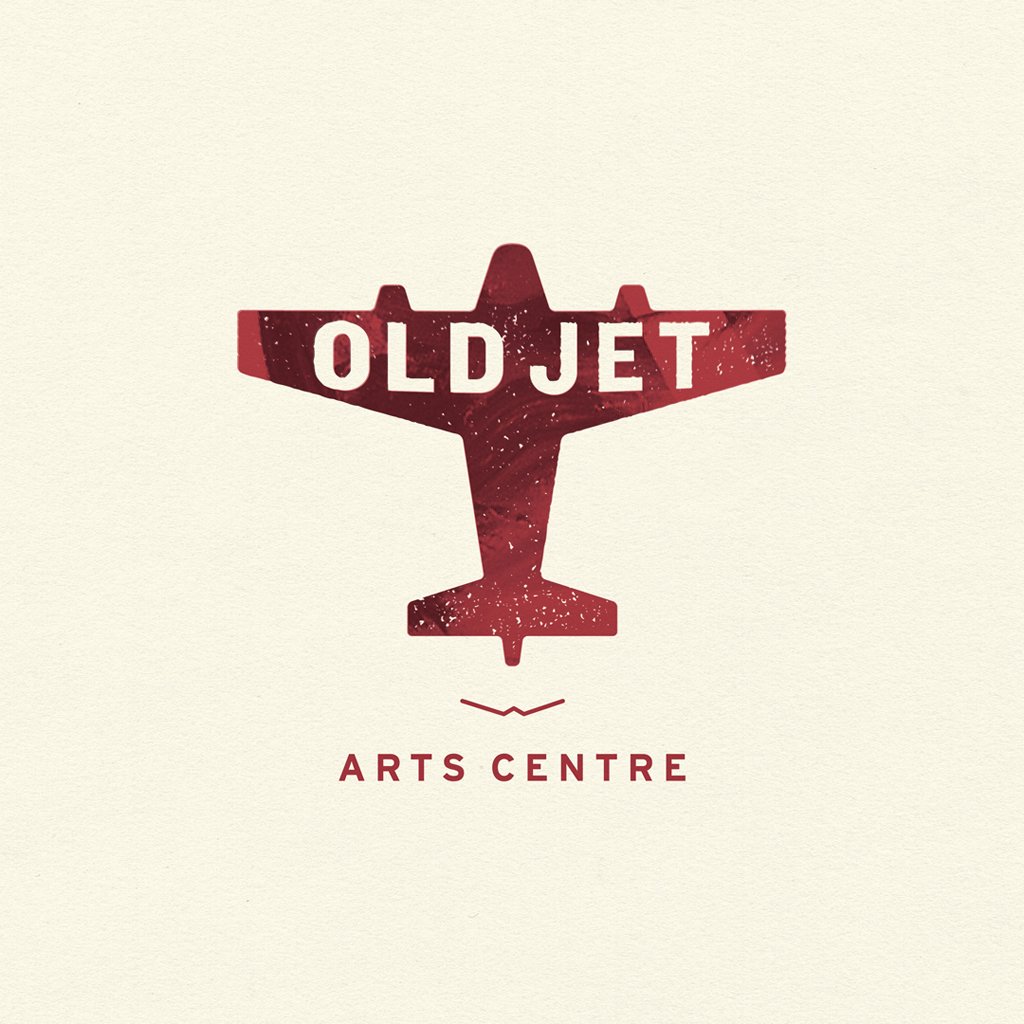 R: Can you tell us more about Old Jet?  When you first visited the site did it require visualisation?

In London you have a network of other people creating art around you.

When we moved back to Suffolk, we weren’t thinking of staying, we were just going to move up for six months and then head back, but I met musicians and artists and interesting people and thought ‘oh actually there’s a real scene here’.

There are really successful people who just don’t want to live in London.

When we stayed I thought I would find somewhere to set up a studio so I can work.

It felt right to try to do something where there were other people based there as well and to do something that nurtured the arts community but not even that just to give people a creative space.

So I looked at a bunch of buildings and then I asked the landlord if they had anything that’s bigger that I can take over slowly and the two buildings they showed me were just perfect for it, derelict but an amazing project.

R: There’s something about that whole area that’s got a certain energy to it–when I came to Old Jet to watch a few gigs, it’s like the best gig you’ve ever been to, it has a great atmosphere.

R: It must be amazing to work there?

I love it–I feel blessed every day I can be my boss with it and decide, ok, lets ask Bessie Turner and Skinny Rodgers to play a gig, You’re in a good spot if you can spend your days mucking around doing stuff like that.

R: So in October you will be speaking at the MENTA business show–I think your talk is about growing a business and a brand, how did you get involved in this?

I don’t know why they asked me, to be honest [laughs]. I am not great at public speaking.

They said “Oh we could do a question-and-answer kind of thing” and I said perhaps I could bring some others from Old Jet. 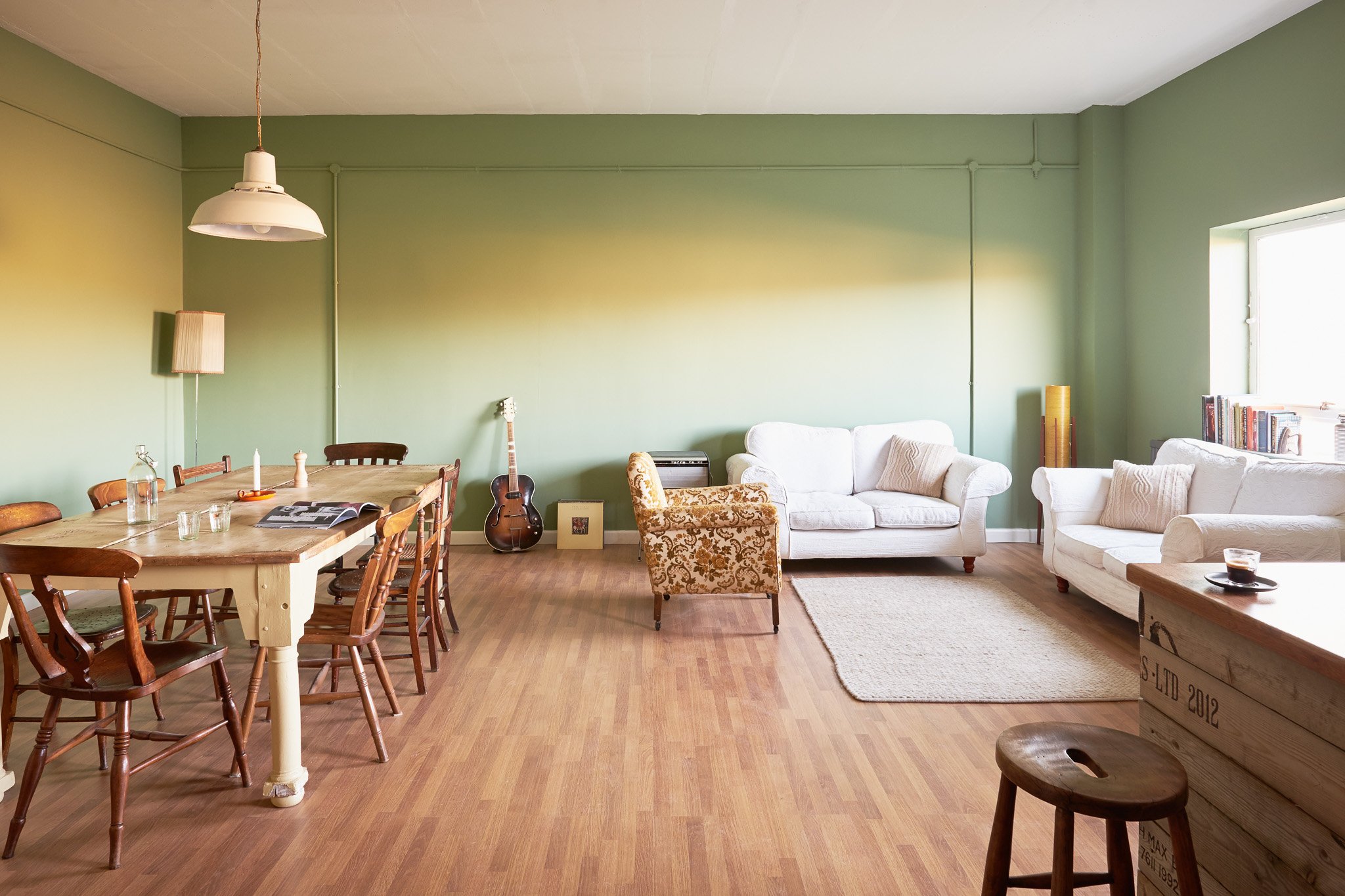 R: So you have some really cool people based at Old Jet joining you for the MENTA event?

Yeah, so we have Peter Hampel who founded the Eden Project in Cornwall and is now setting up a kind of touring version of the Eden project.

R: And you have Jason Carter of HOAX?

Yes, he is the face of HOAX – he is here all day, every day grafting away making a success of that business and it really has worked; he’s a lovely guy as well.

There is a lot of community behind the brand.

R: Can you tell us more about Brie Harrison?

Brie’s awesome, she’s an illustrator, she prints and again has a superb work ethic. She’s a really nice person and works hard. It’s worked – she has about two zillion followers on Instagram.

R: It sounds like an exciting event and we will be there so we will find out more on the day.

So back to Suffolk, there is a huge wealth of local talent rising from the area, we saw some of them performing at Latitude this year such as Bessie Turner and Skinny Rodgers, who we also feature in this issue.

What advice do you give local performers who are on the cusp of breaking through?

Oh gosh! I would say to take your work very seriously but not yourself.

The bottom line is that if you put in the hours on one specific thing, whatever it is, you’ll probably have some success with it.

Oh, and be nice to people [laughs]

Thanks so much for your time Jesse and we hope to come and see you at Old Jet in the near future!

Thanks for asking me.

More information about  Old Jet can be found at  www.oldjet.co.uk

For details on the 10th annual MENTA Business Show being held on Tuesday 2nd October at The Apex in Bury St Edmunds, please visit www.menta.org.uk