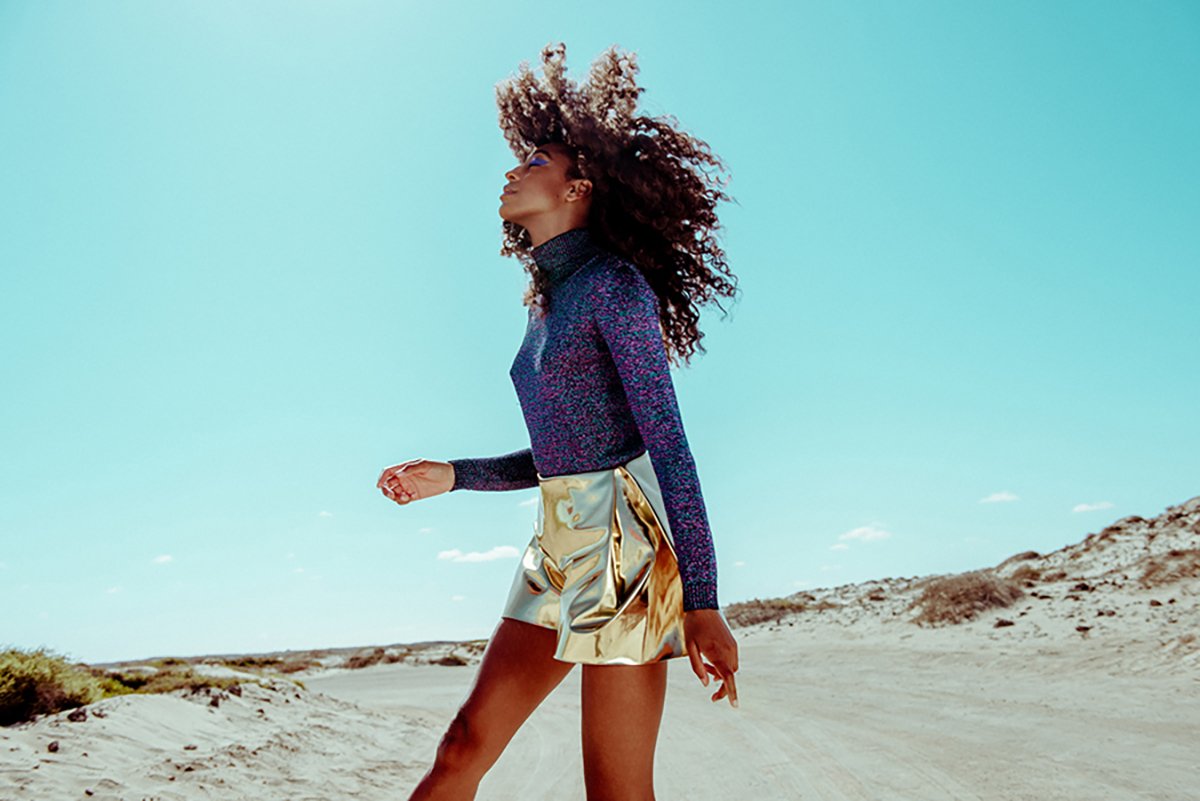 British singer-songwriter – and two time GRAMMY® winner – Corinne Bailey Rae returns with the release of ‘Been To The Moon’, the first song from her forthcoming album ‘The Heart Speaks In Whispers’.

‘The Heart Speaks In Whispers’ is rich in fresh ideas and full of emotional energy which surges through its songs like electricity.

Rachel Ducker spoke to Corinne about the new album and her upcoming show with Lionel Richie, stopping in Colchester this June.

Q: In February 2006, you became the fourth female British act in history to have her first album debut at number one, how did that feel?

It felt incredible I really wasn’t expecting it. I had no idea what the chart position of the record would be; obviously, it was the first time I’d ever done it. I then won the BBC introducing prize and I’d been on Jools Holland a few times, but I had no idea that there was that awareness of me, so it was fantastic to just feel like people liked the music and wanted to engage with it, it was really amazing and totally unexpected.

Q: 2007 was a fantastic year for you, as you were nominated for three Grammy Awards and three Brit Awards, won two MOBO Awards and then in 2008, won a Grammy Award for Album of the Year for your work as a featured artist in Herbie Hancock’s River: The Joni Letters. Did you expect to achieve all of this in just a couple of years?

No I didn’t expect any of it. I just think that when you make music you’ve no idea where it’s going to take you or how people are going to respond. It was really incredible just to see the way that people were getting into the music and the way its helped me to travel and go all over the world especially to America, it was totally surreal. 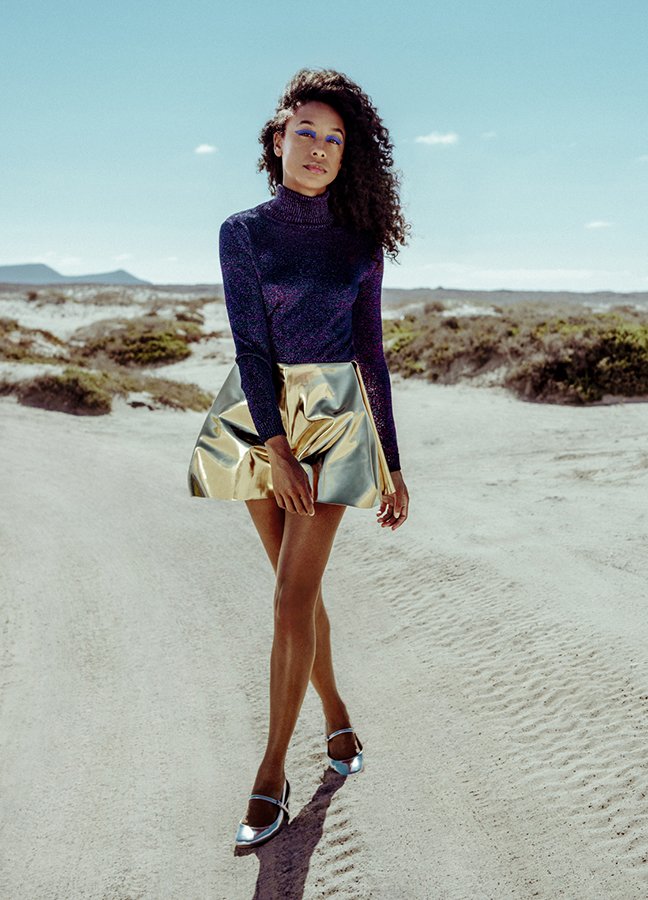 Q: When did you get into music and how?

I think I’ve always been really into music. When I was a child I listened to a lot of music and played the Recorder, followed by the Violin. I was in a lot of different orchestras.  I played the Violin for maybe like, ten years, and that was a really big influence in my life. It meant getting to play in front of people in different contexts, being able to write music. My younger sister started playing the Classical Guitar at school, and I used to borrow her guitar when we were at home and work out things that I heard on the radio and work out music that I really loved. When I was 15 I started this band called ‘Helen,’ which was an Indie Band. I was influenced by bands like ‘Veruca Salt’ and ‘Nirvana’ and everything that was happening on the indie/grunge scene. From then on its what I wanted to do and write songs, I wanted to play in front of people and record, that just became my whole world from that point.

Q: There is definitely an art to song writing where do you find your inspirations?

Q: Your first album was actually one of my first albums when I was younger; I would blast up the volume and sing away to your songs (very badly I may add,) who were your music influences when you were younger and who were you singing along to?

Really? Ah, who was I singing along too?… well I used to try and sing along to this Mariah

Carey song called ‘Vision of Love,’ which if you’ve ever heard the song its really, really complicated, so I don’t think that was the best place to start. I used to love Stevie Wonder, my parents loved Stevie Wonder and Michael Jackson the ‘Off the Wall’ record – I loved that. I liked ‘Salt-N- Pepper’ when I was a kid there was also a really good song by ‘Shanice’ she had this really good song called ‘I Love Your Smile’

Ah I love that song I remember it well…

Q: You were born in Leeds, studied at university in Leeds and in fact most of your career actually started there, can you tell us more about how it all began?

I got into the music scene because in the late 90s, ‘grunge’ was so massive and there was a sort of parallel scene in the UK and there were a lot of female front women in bands. You know, when I started my band ‘Helen’ everybody I knew was in a band, so it was just like the thing you did if you were sort of vaguely musical… We got a manager and I think my manager liked the band but he was also always looking at me, and I was doing the majority of the song writing. He played one of my songs ‘Like a Star’ to a somebody who was at a publishing company and they just loved it and they were like “who’s this?” so I managed to get this publishing deal where it meant that I could write songs… and I started to get a little bit of money for writing songs.

At the same time I was at university so I was trying to keep all of that going and then after that I didn’t want to get a proper job, I wanted to do something where I could leave at any moment. So I was just working in this Jazz Bar called ‘The Underground’, but just waiting for that phone call. I guess the publishing deal took off, and people wanted to record my own songs so that just grew into a production deal and then the production deal grew into a record deal, so by the time I got signed, I already had my whole album, it was all written. It was good as I was really able to sign up to a label on my own terms.

Q: One of your biggest hits “Put Your Records On” – so on that note, which record do you like to put on at the moment?

Well, at the moment I’m listening to D’Angelo’s record, I’ve got that on vinyl, ‘Black Messiah’ that’s a really brilliant album, and I also love kendrick lamar, because you can really hear the detail in it, and I’ve just bought Santigold’s album I really like her, I think she does really interesting music and I love Björk, I like Faith Vincent, so lots of people especially women I guess that do things that really show a lot of freedom, I like to hear that kind of music.

Q: Now your back with a brand new album ‘The Heart Speaks In Whispers’ can we expect anything different?

Its definitely a new record in the sense that its not going to be like my first two albums, but at the same time I think its really joyous, its really influenced by nature and the body and dreams and our instincts so I feel like the subject matter is interesting as its all about ourselves and our inner voice and how we have to listen to that and quieten down from what’s around us. But it’s a really playful album and I’ve loved putting it together.

Q: I also hear your performing on a tour with the lovely Lionel Richie on 25th June at Colchester near to us, what can fans expect to see?

Well the Lionel Richie show is really going to be a combination of my greatest hits so far, it’s a lot of the music that people know really well and the new record. I’ve never played to places that big before so it’s going to be a fun experience seeing how to use the space to get people involved. 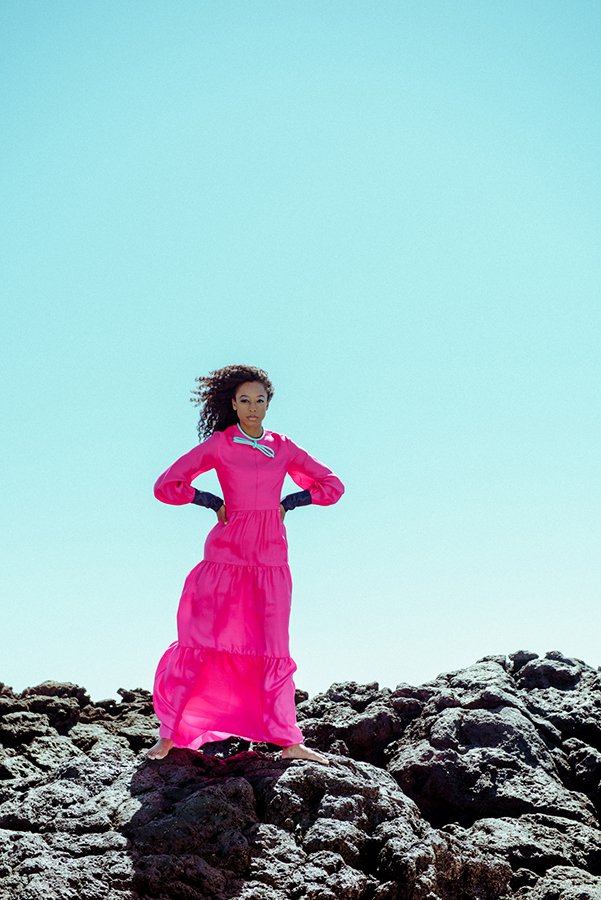 Q: : We are coming up to festival season will you be participating or attending any next year?

Yeah I play at Glastonbury and V-Festival and a few festivals in America, but yeah, I love festival season and just getting on a tour bus and rolling round and going to various places. I just hope the weather stays good for them all!

You can see Lionel Richie and Corinne Bailey Rae at Weston Homes Community Stadium in Colchester on Sat, 25 June For more information or tickets go to www.corinnebaileyrae.com/tour-dates