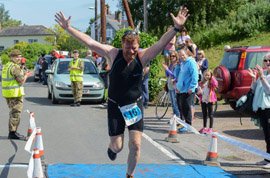 The 4th annual sprint distance Beccles Triathlon was held on Sunday 5th July.  The sun shone at last and it was a resounding success with over 150 competitors – tri-newbies and local stars – competing for the unique and unusual winners’ trophies.

First time triathlete David Carter was first in the pool at Beccles Lido at 8:30am and the Triathlon as always started with a Bang! as BBC Antiques Roadshow’s Robert Tilney fired his 12 bore shotgun! 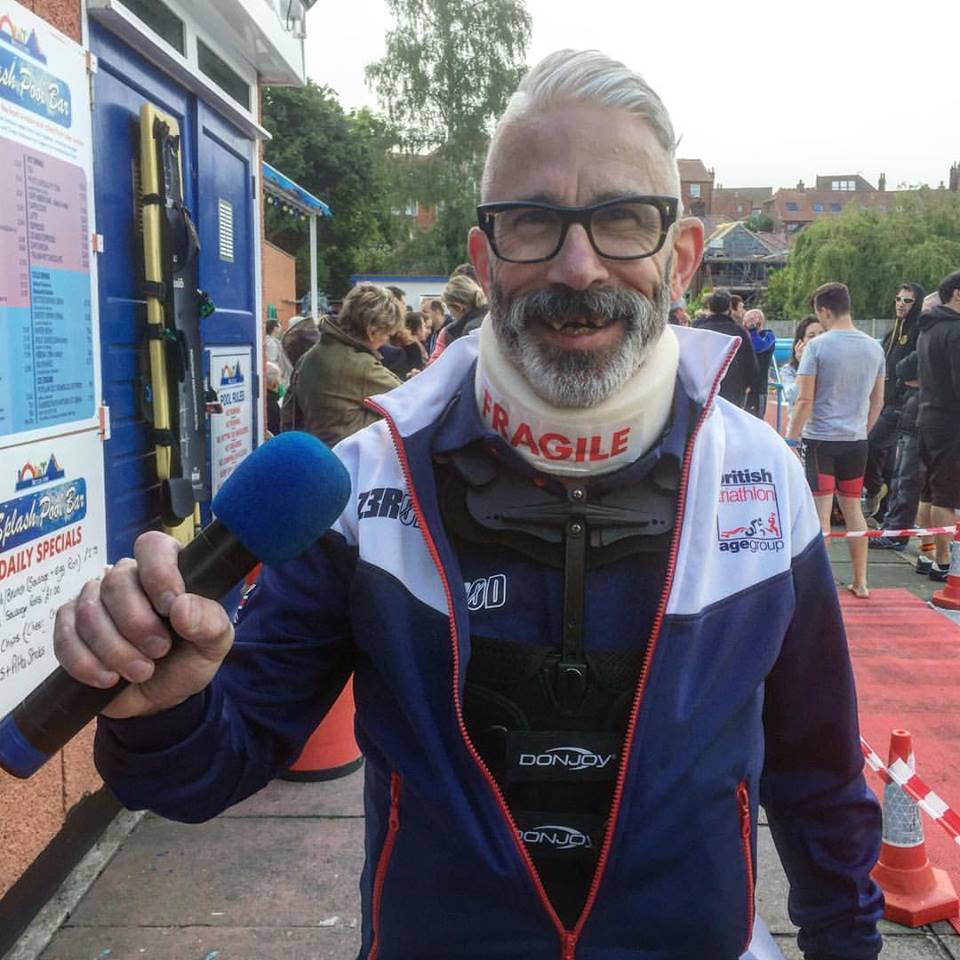 Then it was action all the way for 16 lengths (480 metres) in the pool;  then around the Waveney Valley as competitors biked the 20.3 kilometre loop through Gillingham, Geldeston, Ditchingham, Wainford Maltings, Barsham and back to the Lido;  before setting off on a 6.7 kilometre run to Beccles Quay, along the River Waveney and back to the Lido. 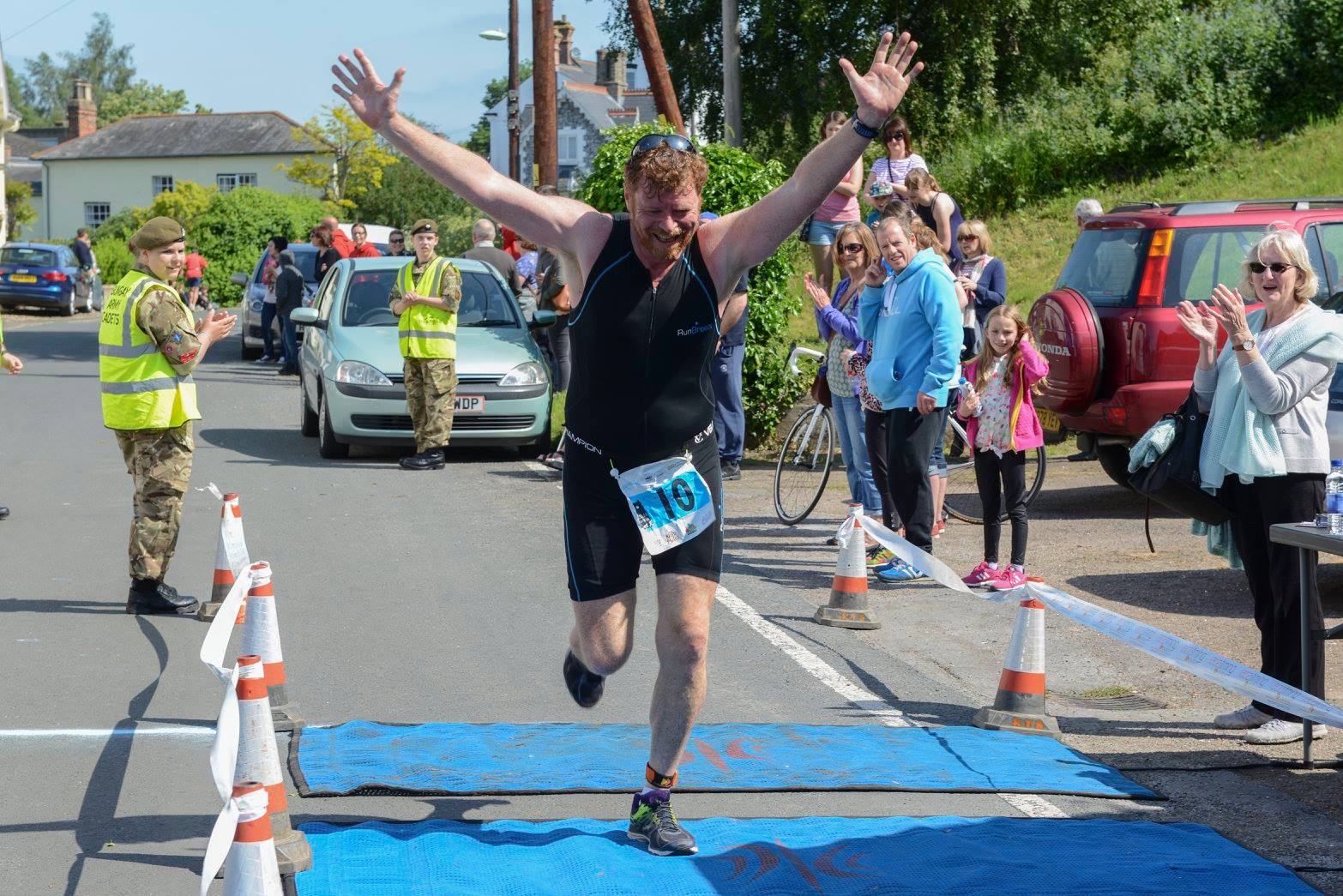 Marcus Sladden was the individual winner in a time of 1:08:32, but behind the overall winners – relay team Arnolds Law in a time of 1:05:50.  Winning female was Diane Swanepoel (1:27:10).  Local GB para-triathlete Emily Mia-Harris presented the trophies.

The event was for the first time an Eastern Region Triathlon Federation League event, and Beccles Triathlon Club won the most league points on the day, finishing ahead of Tri-Anglia from Norwich and Bungay Black Dogs. 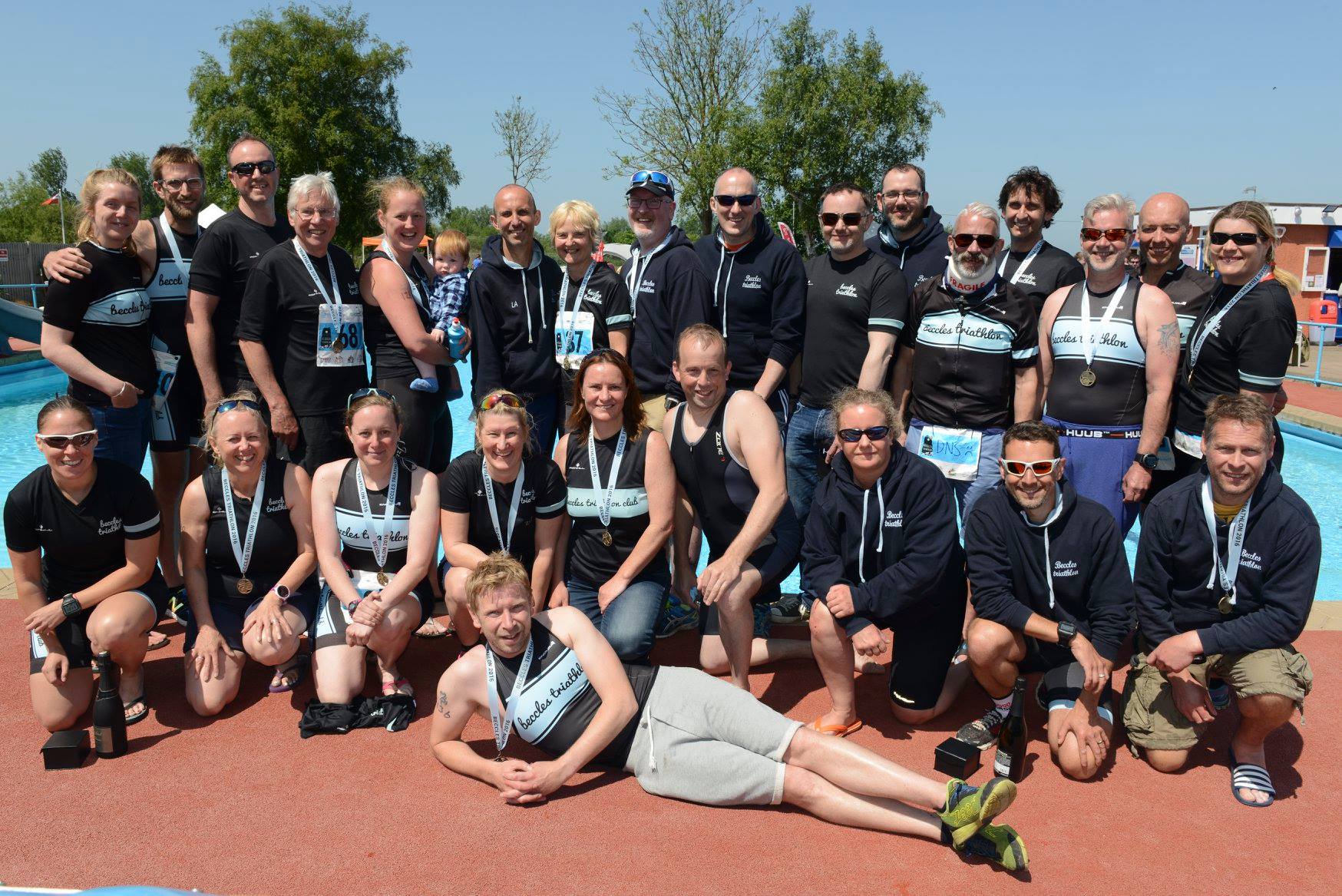 Also competing was Robert Mabey who runs Aldeburgh Triathlon – another great local short distance triathlon for relay teams only.  Why not give it a go on 18th September?

Beccles Triathlon Club welcomes new members, however experienced (or inexperienced) and swims at Beccles Lido every Monday – why not give them a tri!  www.becclestri.com/beccles-triathlon-club/