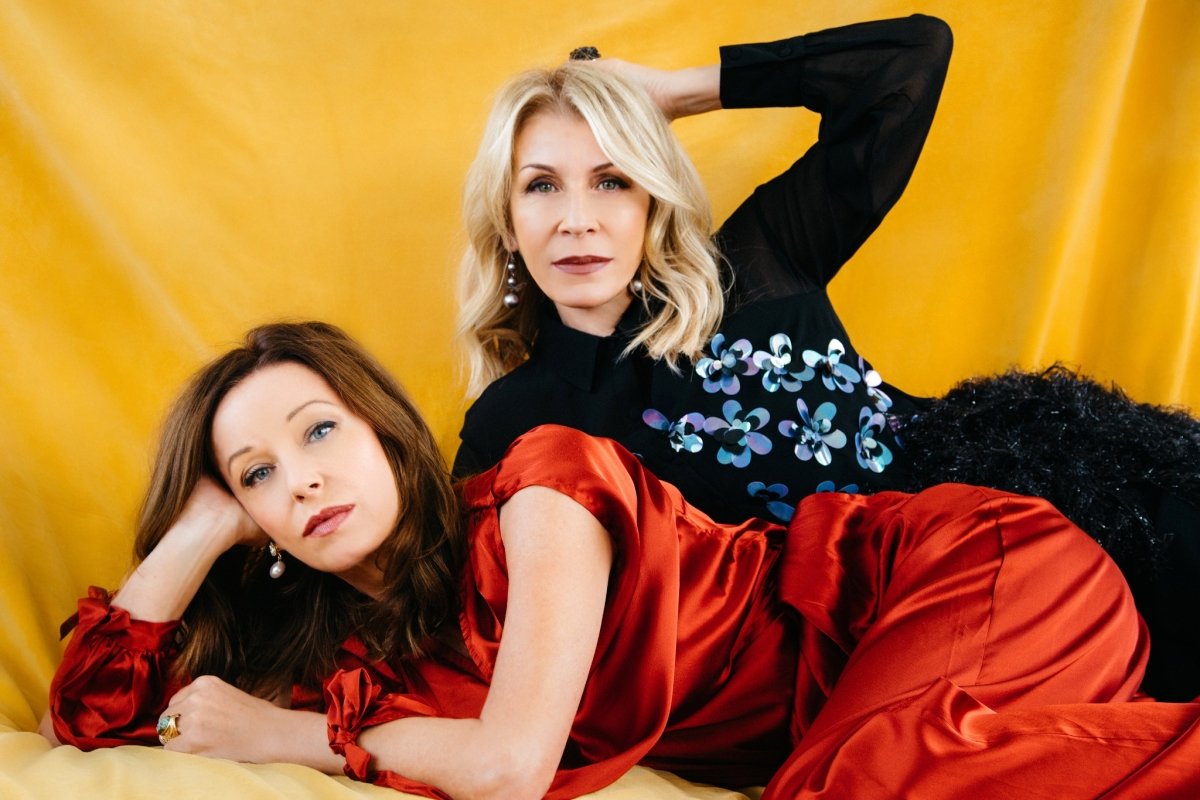 Bananarama’s Sara Dallin and Keren Woodward celebrate the group’s 36th anniversary and their achievements speak for themselves.

Two Band Aid appearances, an entry in the Guinness Book of World Records as the most successful female band worldwide with the most charting singles, many of which were international hits, four hitting the US Billboard Top 10 including a No.1 with Venus.

To date the duo have had 32 Top 40 UK hits. They have released 10 albums and sold 30 million records.

Bananarama formed in London in the early 80s, Sara Dallin and Keren Woodward had been living in the YWCA which was about to close so were looking for somewhere cheap to live on a students wage.

After a chance meeting with Paul Cook (ex Sex Pistols) at the club Studio 21 their problem was solved, he offered the pair a room above the Sex Pistols old rehearsal space in the legendary Denmark St. Charing Cross.

The walls were covered with Johnny Rotten’s drawings of Sid and Nancy and Dallin and Woodward added their own names to the mural . The 17th century townhouse is now a Grade II listed building. 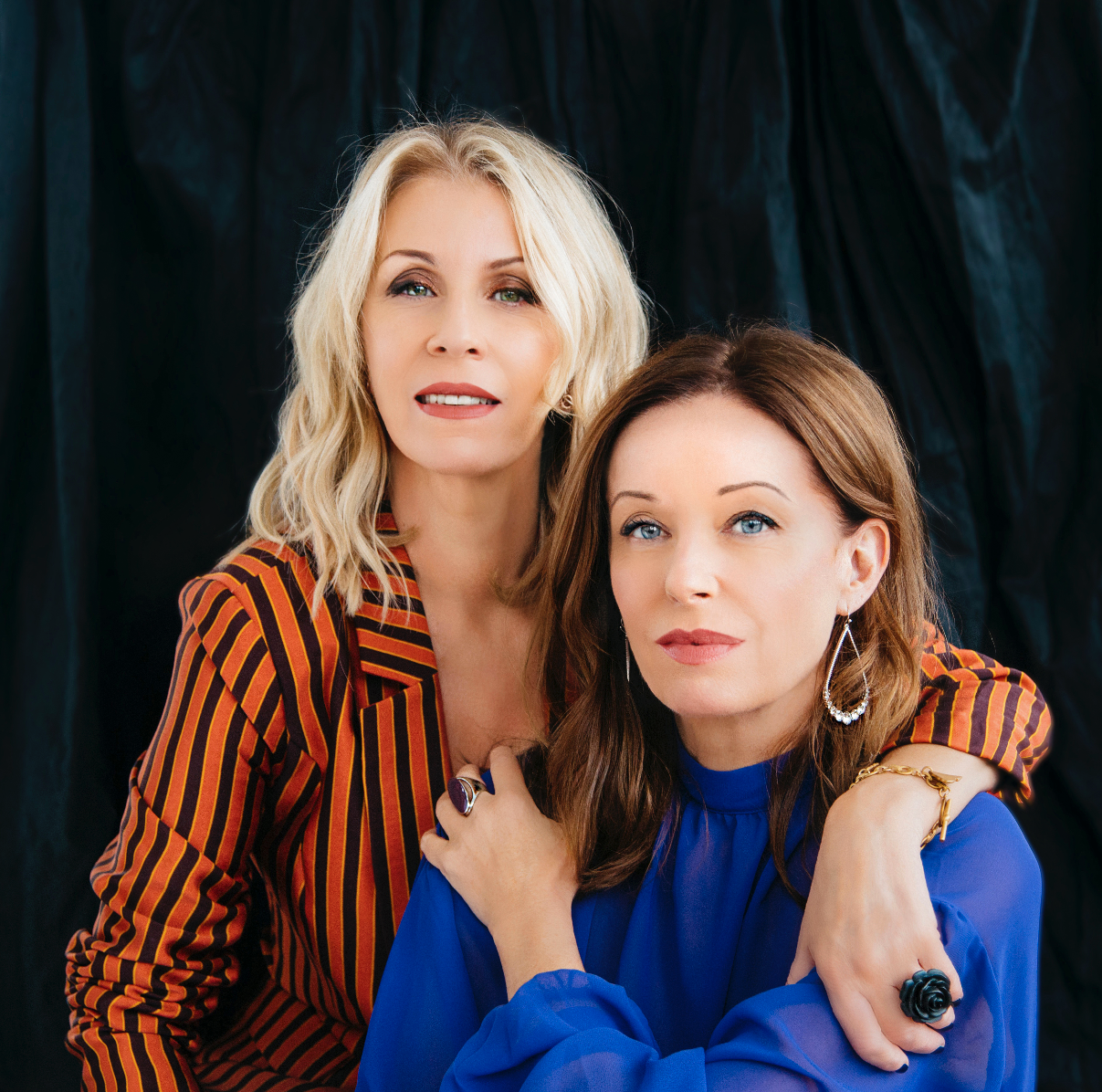 Most recently, Bananarama have announced the release of the their 11th studio album In Stereo due out 19th April 2019.

For the past three decades, Sara Dallin and Keren Woodward have been one of pop’s most influential and revered groups.

Their hit packed career happened because they were the mould-breakers. Sometimes reminders of pop genius come in the slightest of touches, the subtlest of triggers. In Stereo, their upcoming 11th studio album, is full of them.

Over the past three decades, you have become one of the most influential and pioneering groups in the industry, did you think you’d still be around today?

No, I was 18 when I started, I just left college. I was in the music world, going to clubs. Keren and I lived above the Sex Pistols’ rehearsal room.

The ex band members used to have another group and we used to sing backing vocals with them. Then I met Siobhan and we just decided to put the group together.

They signed us and we had a hit, I don’t think they quite knew why but they didn’t interfere with what we were doing so we wrote our own material, wrote our own songs, and the hits just kept coming so they left us to it.

Being in my 50s now, it does seem like such a huge, long career for Karen and myself. I didn’t think it would be that long but it’s amazing.

Why do you think that is?

I guess you could ask that of any group really that’s still going. It’s something I enjoy, I always loved writing, I trained to be a journalist because I loved writing, I wrote books, ended up writing songs.

Keren and I have been friends since we were children so it’s like travelling the world with your best friend. I think we write great pop songs, we just appealed across the board really, I think young girls really liked us because they saw something they have never necessarily seen before.

Are there any groups that you’re really loving at the moment, or any girl bands that remind you of Bananarama’s early days?

Most girl bands in the charts have come from reality shows, which isn’t a bad thing, I think Little Mix are great, great vocals, great voices.

I don’t really know any other girl groups that were quite like us. We formed our own group, had this friendship, it was very different in the 80s. 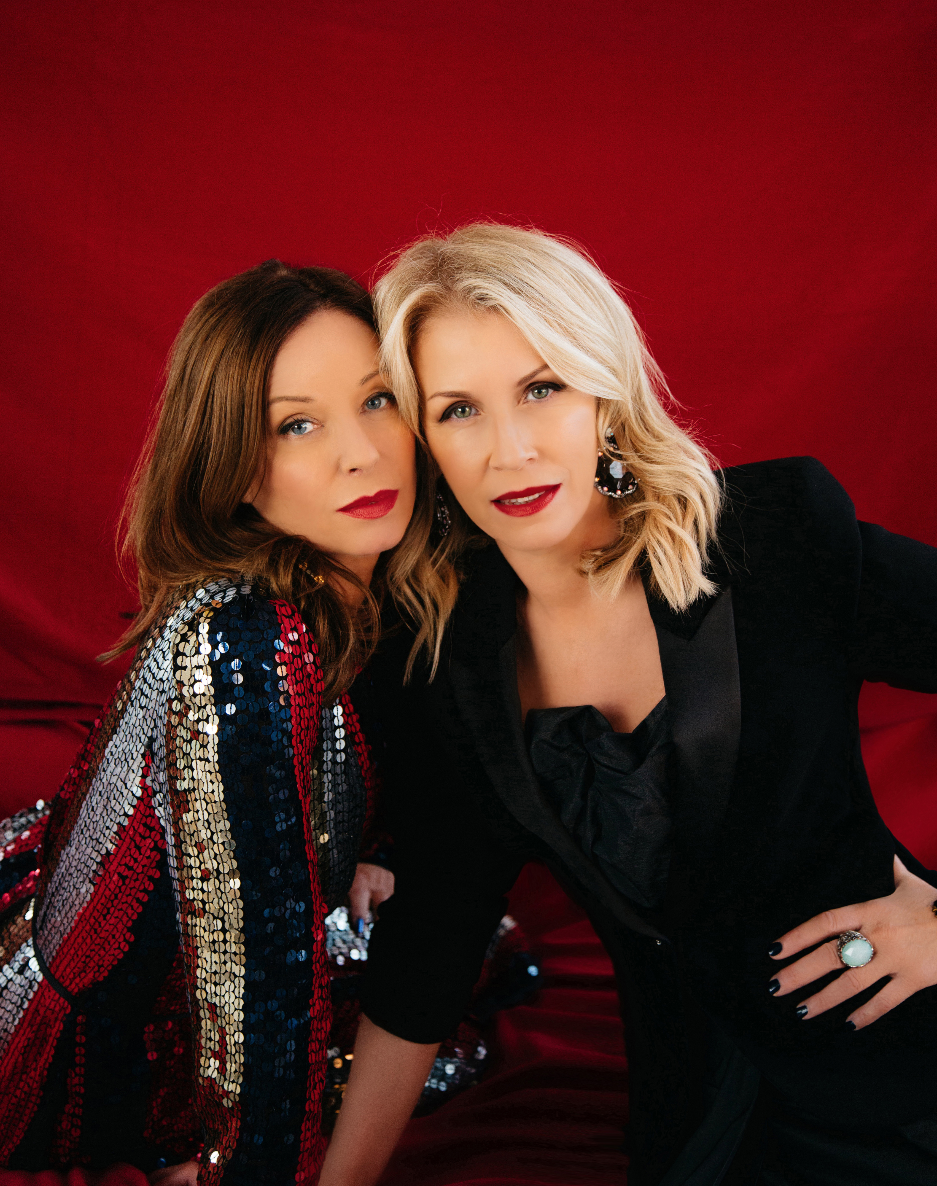 Your debut album Deep Sea Skiving was released in 1983 and you’ve released an amazing 9 albums since then. How do you think your sound and style has developed from album to album?

Keren and I are about to release our 11th studio album, so it’s obviously changed; we were teenagers when we started, we’ve been a duo for sort of 35 years, our music just evolved.

There are different kinds of technology now; we write with a friend of ours in a studio in his house, it’s just very different. It’s great.

Siobhan Fahay re-joined the band for a reunion tour in 2017, what was it like getting the gang back together and being a trio again?

We asked Siobhan if she’d like to do a one off UK tour, it was fun.

She never toured with us, she left in 1988, and 1989 we went on a world tour so she never experienced that kind of thing so it was really good.

In Stereo, your 11th studio album, is due for release next month, making it 10 years since your last album, Viva. What inspired you to finally get back in the studio?

We were always in the studio, always writing songs, released EP’s, Christmas singles.

We concentrated on touring for the past 15 years with our band, going all over the world. I really enjoyed touring because we didn’t get to do enough of it in the 80s.

We felt the fans were asking for an album so we just collected all our songs and thought let’s put an album out. It seemed like the right time.

Have you found that your approach to song-writing and recording has changed drastically over the years?

I love being able to write in my house, sitting at the kitchen table and then suddenly you’d be in the studio doing the final track, remembering where it came from, it’s very satisfying.

Having had 32 top 40 UK singles, sold out multiple tours, and released 10 albums, did you feel any pressure when making In Stereo?

No, it’s such an enjoyable process. It doesn’t really matter to me whether it was 5 years ago or 10 years ago, writing is just something I really enjoy doing.

So I don’t think you feel the pressure, back in the 80s you’re waiting for chart positions, TV shows, and radio plays and now it’s just really enjoyable. I don’t feel any sort of pressure or competition.

For the release of the new album, you’re playing small and intimate venues, why is that?

It’s the way things are done now. It’s like a fan show, Kylie’s done it, loads of people have done it, but we’re going to do a Q&A so ours is quite different.

We’re going to play songs from the new album, and then tracks that people have never heard before live, so it’s going to be a mixture of songs.

It should be a good evening.

What do you feel is the most memorable moment of your career?

There’s loads really: first starting out, making a demo, getting your first play on the radio, having our first top 10 in America. Loads of things.

Particularly now, Keren and I are off touring, it’s great fun.

You’ve played Band Aid twice, and were part of the original line up, how was it?

I’m not sure we knew what was going to be happening that day; we got a call from Bob Geldoff saying “can you come to the studio, we’re going to record a song for a charity”.

We didn’t really know what was going on, but as we arrived we saw George Michael, Bono, and it escalated into all these celebrities in one room, which is quite amazing, but the cause itself was an amazing thing to be part of.

You’re playing Newmarket Racecourse in August, have you played at a racecourse before?

What can fans that have never seen you live before expect from the show? Any surprises in store?

Well obviously we’ve got the new single out, we’re playing that.

Possibly other stuff from the new album, the classic hits, some from the 80s, the 90s, a mixture of new and old stuff. It should be fun.

Have you ever placed a bet on a horse, at a racetrack, or the Grand National. Etc. ?

Yes I have. We used to go with George Michael to the races, that was always really great fun.

Not quite sure I knew what I was doing but I know people placed bets for us. It was great fun.

How did you go about choosing your horse?

Just if we liked the name.

Finally, after Newmarket, what are your plans for the rest of 2019?

It’s festival season so we have loads of UK Festivals, a couple European ones, then we’re playing Summer Sonic in Japan, which is a huge festival in Tokyo with 50,000 people, and that’s in August.