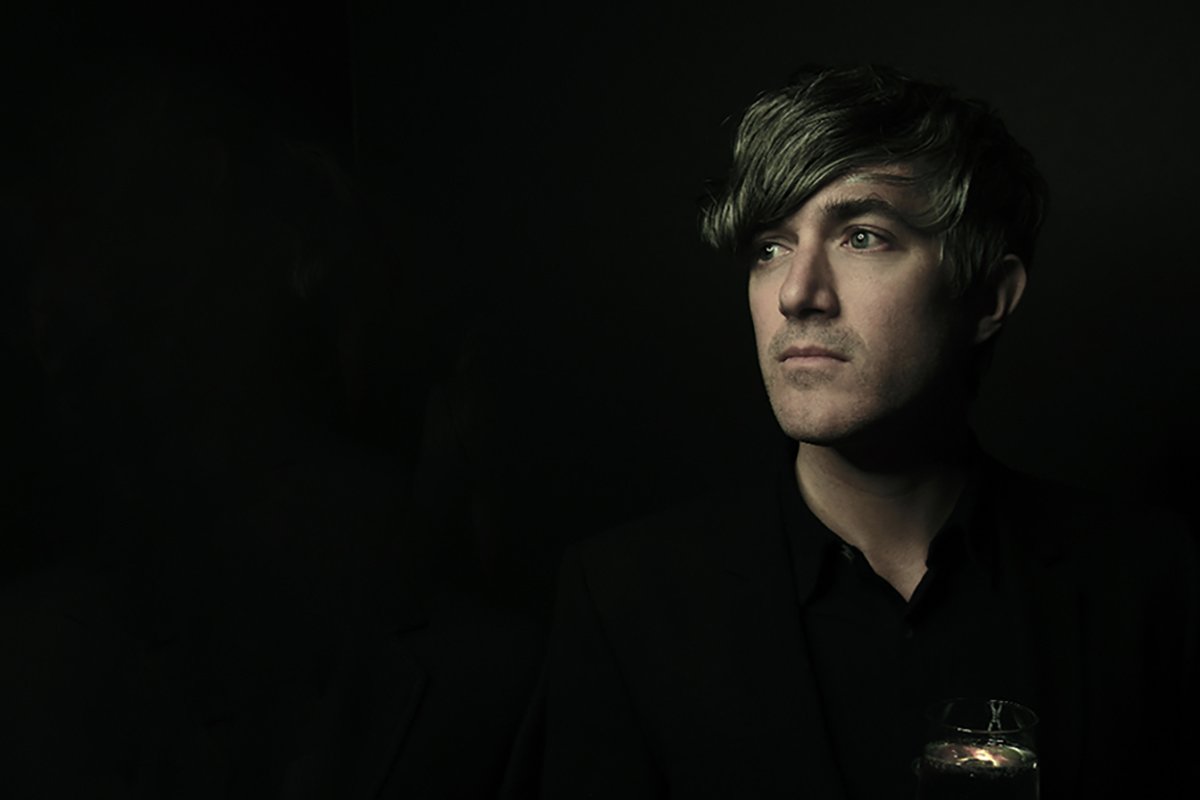 An interview with Keith Murray – We Are Scientists

We Are Scientists have mapped out 24 dates for autumn, bringing the total this year to an impressive 40 UK shows, including 8 festivals and 32 headline shows! Rachel Ducker speaks to Keith Murray about the band and upcoming tour…

Performing tracks from their latest releases ‘Helter Seltzer’ and ‘TV en Français’ as well as a healthy dose from classics stretching right back to their 2005 major label debut ‘With Love and Squalor’, We Are Scientists always guarantee a unique night balancing unrivalled onstage humour and a blistering set of giant pop songs, but don’t just take it from us…

Rachel Ducker caught up with lead singer, Keith Murray about their exciting new tour stopping by us in Cambridge and Norwich.

R: You started the band whilst at college in California, with your fellow band member Chris Cain, how did that come about?

It sort of started when we graduated from university; we had been friends in college, but never played music together at all.

After we graduated from university we moved to Northern California and were confronted with the mundane tasks of real life, we all ended up with dull day jobs.

We were bored and no longer had the freedom and playfulness of being irresponsible college students. We lived in a really cool house in Berkeley, California with a third friend of ours and we all decided to start a band in our basement, just to have something to do after work and it ultimately morphed into ‘We Are Scientists,’  so it was mainly done as a boredom relief!

I’m not really sure, my older sister was always very into music, and she got me into it.

The first bands I was really into, courtesy of my sister, were Bon Jovi and Poison. Fortunately grunge destroyed that pretty early on for me and I graduated to Nirvana pretty quickly. My sister, and I assume that’s normally the case for people with siblings, forced me into liking the music she liked pretty early on.

R: Yes, funnily enough my younger brother did that to me, I’d never heard of metal and grunge until he advised me to check it out.

Your younger brother did that?

R: Well he’s now a musician so I am sure he had a better ear than I did!

R: Who were your music influences growing up?

I think the band I was most obsessed with in High School was Marilyn Manson, as they were from my hometown, so I used to see them all the time before they got signed, you know, when they were just a local band playing tiny, terrible clubs in South Florida. I would go to every single Marilyn Manson show, obsessively, so they were definitely my favourite band in high school. I’m not sure they actually come through in our music at all, but I always hold a little love, my hidden secret passion for Marilyn Manson still remains. I think through them I then learned about The Pixies and then Nirvana came through via The Pixies.

R: Our local hometown hero happens to be Ed Sheeran!

Well that’s great, at least bands come through to Cambridge, I mean, when I was growing up bands never stopped by in South Florida, it’s a real pain to get down there. In our entire career I think We Are Scientists have only played there three times. I’m always trying to get us down there because my whole family is there so that’s even with me constantly annoying our booking agent! You’re lucky.

R: I think we are, but the UK is also a lot smaller, so we have that on our side to!

Yeah! It’s not too bad a drive from London to Cambridge for us, when we visit.

R: Most stars these days are under so much pressure to act in a certain way. Do you think the definition of a celebrity is changing?

There’s a level of media training that all celebrity bands need to have. It’s just funny that social media now accelerates that process and every band in the world needs to be well media trained and savvy about how to manipulate their own media.

So I don’t think the definition of a celebrity has changed, but I think that the application of it, and how wide spread celebrities behaviour needs to be has, just to get your foot in the door as a new band, you kind of need to be ahead from the get go.

I also think that the level of media training is innate for kids now, I think there are probably sixteen year olds in the world who are better media trained than I am, and I’ve done thousands of interviews by now. Kids have been so indoctrinated so early on for personal presentation, they are better at it than even experienced quo pros, it probably means that entertainers in the future are going to be much more entertaining than even we are, and I think we’re pretty entertaining personalities. 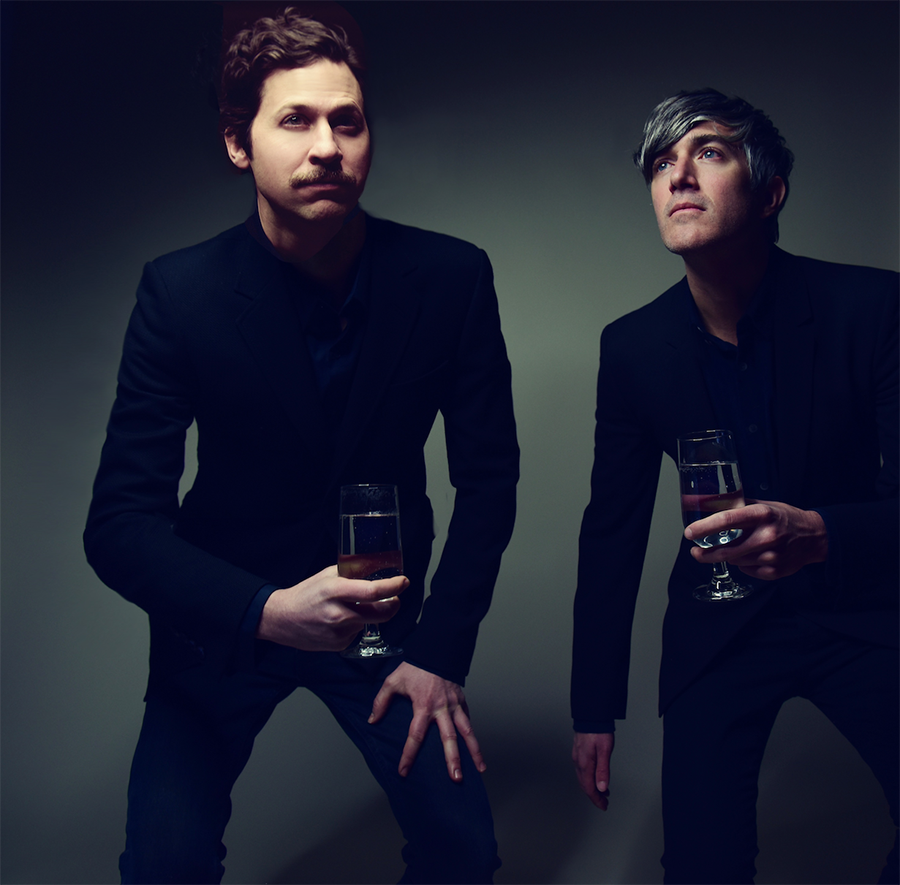 R: Speaking of entertainment, tell us about your series of TV shorts – Steve Wants His Money, made for MTV UK in 2009?

I think it just began, as every time we were invited to take part in pre-filmed variety shows, as a band, we always ended up wanting to write our own sketches. I love that British music shows have sketch sessions; the guests play along and banter with the host in a sketch situation, so I think we were very active about wanting to write our own material because we’ve always had a voice as a band.

So we done that a couple of times with some MTV shows and with Nick Grimshaw and they asked if we wanted to make this little short series to play in-between TV shows to replace commercials, they were seven minutes long. I am not sure how they thought of that, but they approached us knowing we would be interested in providing that.

R: Speaking of MTV, I hear you always like to come up with the concepts for your music videos, what is your favourite one to date?

Hmmm, I always been a pretty big fan of ‘It’s A Hit’ video, mainly because I feel it was pretty brave to end the video by splattering a child’s face with my blood. I am proud of all of the videos that ended with me dying, which for some reason we have a huge number of videos of me being terribly hurt or dying altogether, we have six or seven videos where I perish at the end.

R: Well I am glad you are still here!

R: I am a cat lover, I would love to know about the cat called Lewis used for your artwork?

It started as we thought it would be a weird thing for a band to embrace. We took the photos that became the cover for the first album where we are holding the cats.

R: That’s my favourite one!

Nice, thanks, we didn’t intend it to be the album cover, it was supposed to be for our press shots and then the label told us that we needed our actual faces in our press shots, so we made it the album cover, and from there I think we decided it was really funny to keep on using cats as a rock band mascot, it doesn’t make any sense at all. Our current one has a nice chain and smokes a cigarette!

R: Out of all of your songs, do you have a favourite that you enjoy listening to or performing?

Its always changing, I can’t even really listen to our first album of songs any more as I have heard them so many times, I think right now ‘Buckle’ is my favourite We Are Scientist song, I always have a very big soft spot for ‘Afterhours’ so they are maybe my two favourite at this time.

R: Your autumn tour starts in October and stops by us Cambridge and Norwich, what can we expect?

We are playing so many dates on this tour, the venues are more intimate, so what will be fun about these shows is that I sense they are going to be quite energetic and probably pretty interactive.

I mean, we like to talk a lot in-between our songs and with a venue that only holds a certain amount of people, its actually pretty easy to communicate with the audience. They will be engaging!

R:  Do you enjoy being on tour?

It is pretty boring to be honest, but the worst part isn’t the actual travelling, its filling time between the shows. There’s not that much you can do. You never have time to do anything substantial. We are big cocktail enthusiasts, so there’s always a threat we will end up engaging our love for cocktails!  We are pretty good at entertaining each other so it’s never too bad.

R: What does the rest of the year hold in store for you once your tour is complete?

We’re pretty busy with shows for the rest of the autumn, we have another US tour we have to do, then we will be back in the UK for a short time in December. Right now, the New Year is totally empty so we hope to start working on the next record very shortly!

R: Thank you so much for your time Keith and good luck with the tour!