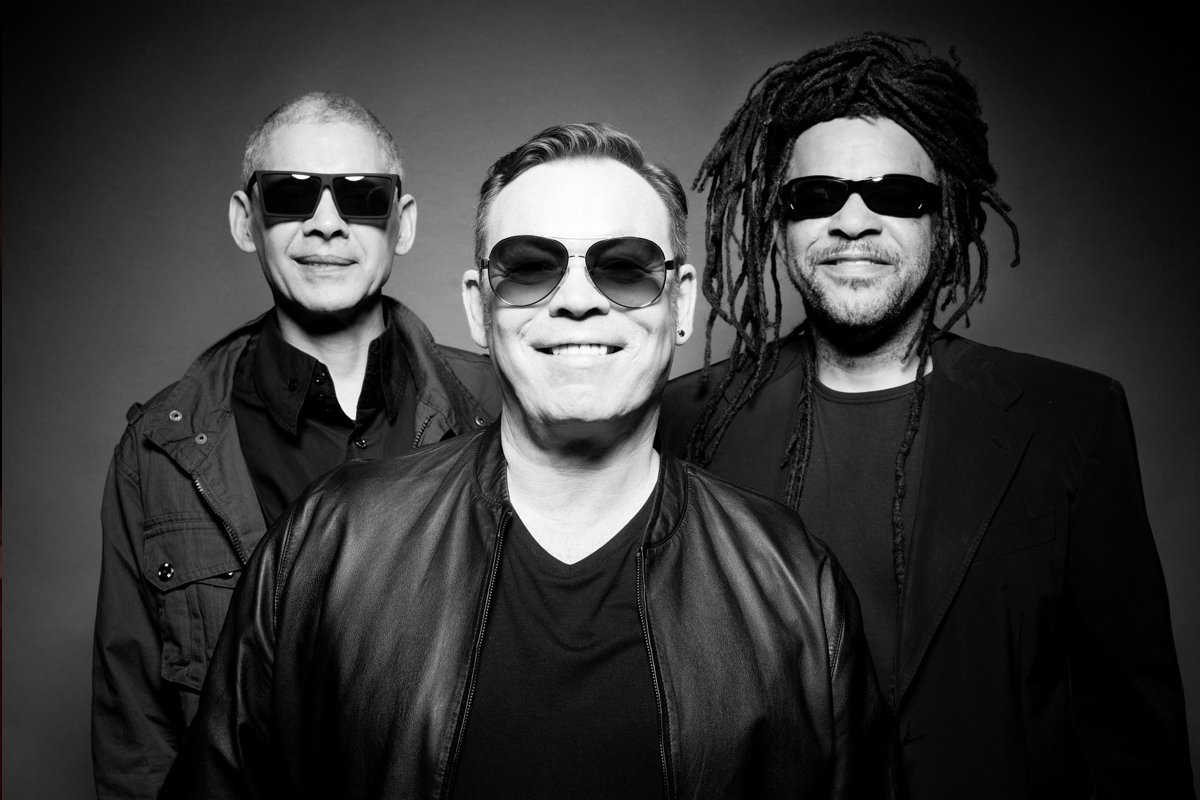 ‘A Real Labour Of Love’ is the new album from UB40 Featuring Ali, Astro & Mickey, to be released March 2nd on UMC. Lead single ‘She Loves Me Now’ received its exclusive first play today on BBC Radio 2, and will be available tomorrow to stream and download as an instant grat with album pre-orders.

As founding members of Britain’s biggest reggae band UB40, singer Ali Campbell, second vocalist Astro and keyboardist Mickey Virtue topped the UK singles chart on three occasions and sold 70 million records as they took their smooth yet rootsy musical blend to all corners of the globe. Now with ‘A Real Labour Of Love’ the trio give us a fresh take on the legendary series of albums, putting the focus primarily on reggae tracks from the 1980s.

Between 1983 and 1998 UB40 produced three ‘Labour Of Love’ albums, bringing hits such as Eric Donaldson’s ‘Cherry Oh Baby’, Lord Creator’s ‘Kingston Town’ and Johnny Osbourne’s ‘Come Back Darling’ to a new, global audience. They also topped the charts on both sides of the Atlantic with their reggae cover of Neil Diamond’s ‘Red Red Wine’.

And now 20 years later Ali, Astro and Mickey are revitalising the concept by exploring the tunes of a later golden age, ‘A Real Labour Of Love’ sees the group explore the songs that defined reggae in the Eighties. The concept isn’t a rigid one: Stevie Wonder’s ‘A Place In The Sun’ is a Motown classic from 1966, and there are numbers from the late Seventies in Dennis Brown’s sublime ‘How Could I Leave’ and Culture’s ‘International Herb’. But most of the tracks on ‘A Real Labour Of Love’ are from the Eighties, a decade that saw dancehall reggae enter the mainstream.

The group are now looking forward to taking their new album on the road, with UK festival appearances lined up for the summer and a UK arena tour in the pipeline for 2019. Given the massive success of the trio’s last ‘Labour Of Love’ outing, a 2016 tour that featured sold-out shows at the O2 Arena in London and the Barclaycard Arena in Birmingham, there is bound to be a huge appetite for ‘A Real Labour Of Love’.

Rachel Ducker caught up with Ali Campbell, to find out about more about the band and their new album. 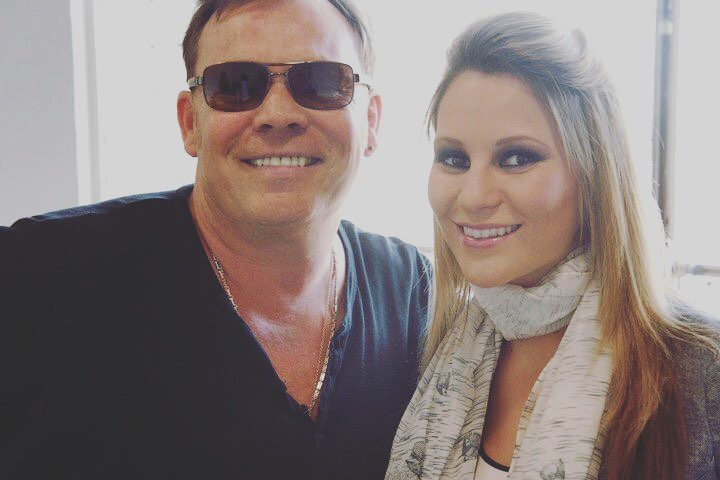 My dad was a musician in the 60’s. He had a folk group called the ‘Ian Campbell Folk Group’, so we grew up in very musical circumstances. We used to have the likes of Paul Simon, Billy Connolly, and people like that staying at our house, or whoever was playing at my dad’s club at the time, so there were always musicians around.

I grew up in South Birmingham, so I hated folk music, like any good son would [laughs] and I loved reggae, it was the music on the streets where I lived and so that’s what I grew up listening to.

I thought everybody loved reggae until I went to secondary school and realized that everyone else was listening to Gary Glitter and David Bowie and all of that stuff, which went straight over my head. I didn’t understand any of that, I only listened to strictly reggae and the Jackson 5, I love Motown.

R: Why did reggae music appeal to you back then?

The beats… I was in adolescence, so growing up dancing to reggae was the sexiest thing you could do…

Yeah, I think it is the sexiest dance in the world really, it used to be called ‘the grind’ when I was a little kid. You know, it was my sexual awakening and when I was around 11 years old I’d be sneaking out to Shebeen’s and blues parties in Boswell Heath where I lived, as a load of my friends were West Indian and Jamaican and there parents would hold Shebeen’s. So I was listening to reggae in the right places with really loud speakers, enormous bass, lots of tops and all that… so yeah, I was kind of listening to the real McCoy and always loved it.

The new album ‘The Real Labour of Love’ is what I was listening to in the 80’s and 90’s, when we were already a band. These are the songs that we would listen to on tour or on the road in Jamaica.

R: So you’re bringing it back for people to enjoy again?

Yeah, which is what we did with the first ‘Labour of Love,’ with ‘Red Red Wine’ and all of those songs, but those were in the 60’s when we were little, then ‘Labour of Love 2’ was in the 70’s, so this one is reggae music from the 80’s.

R: Does this album feel different? It’s no secret that UB40 have had some

It feels massively different; it’s been a long enough time now to revive these hits. Our job with the ‘Labour of Love’ album is to promote these songs to a new audience and we did very well with the first three, we sold about 21 million of them, so we are hoping that people catch onto this album and have a listen and

then go back and listen to the originals.

Its what we say, it’s a labour of love and these are the songs we listen to and make us continue to love reggae.

R: Is it correct that you are donating the ‘first edition’ of the new album artwork to auction for the Teenage Cancer Trust?

Yes, we are actually headlining the Teenage Cancer Trust Concert at the Royal Albert Hall on March 19th. We recently lost one of our band members to cancer, so its something that’s close to our hearts, and this album is in fact dedicated to Johnnie Johnston our Trombone Player. 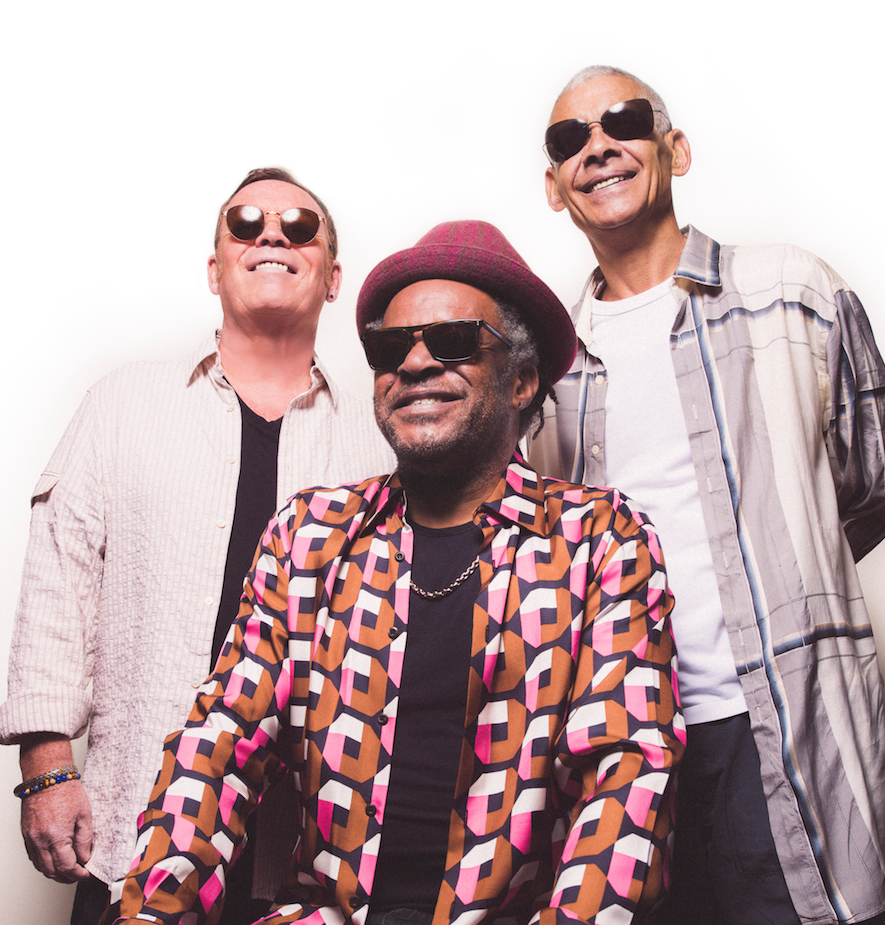 It was devastating… Johnnie had been with us for over seven years doing all of our shows with us. There were eleven of us on stage and now there’s only ten, so it devastated all of us. Ironically he was the fittest out of all of us [laughs] he was a life long fitness fanatic. He was only 50 and he had the body of a 20 year old, so for him to be struck down and to die so quickly it was a real shock to us all.

R: You’re playing quite a few venues coming up, including the performance for the Teenage Cancer Trust, do you ever get tired of being on tour?

Not really, I mean it’s a way of life, its not really a job… touring. I found that out when I stopped touring for eight years and really missed it. So we’ve been touring solidly for four years now.

R: You’ve managed to maintain a successful music career and keep a captive audience? What has been the key to your success?

We were never really trendy, we were the zeitgeist band of the 80’s, but we never sort of went out of fashion… because we were never in fashion? [laughs] The thing is… the reason why we are still here, and why we are so successful is because of the genre we chose, we chose to play reggae music.

When the band started in 1979 it was only 11 years old, reggae only came about in 1968, before that it was rock steady, so we chose the youngest music form we could. 30 years later kids still absolutely love reggae. I think the big secret to our longevity is the fact that we play it.

It’s more influential now than it’s ever been, even in R&B its all reggae beats. When people say reggae has had its day, they’ve got that really wrong. 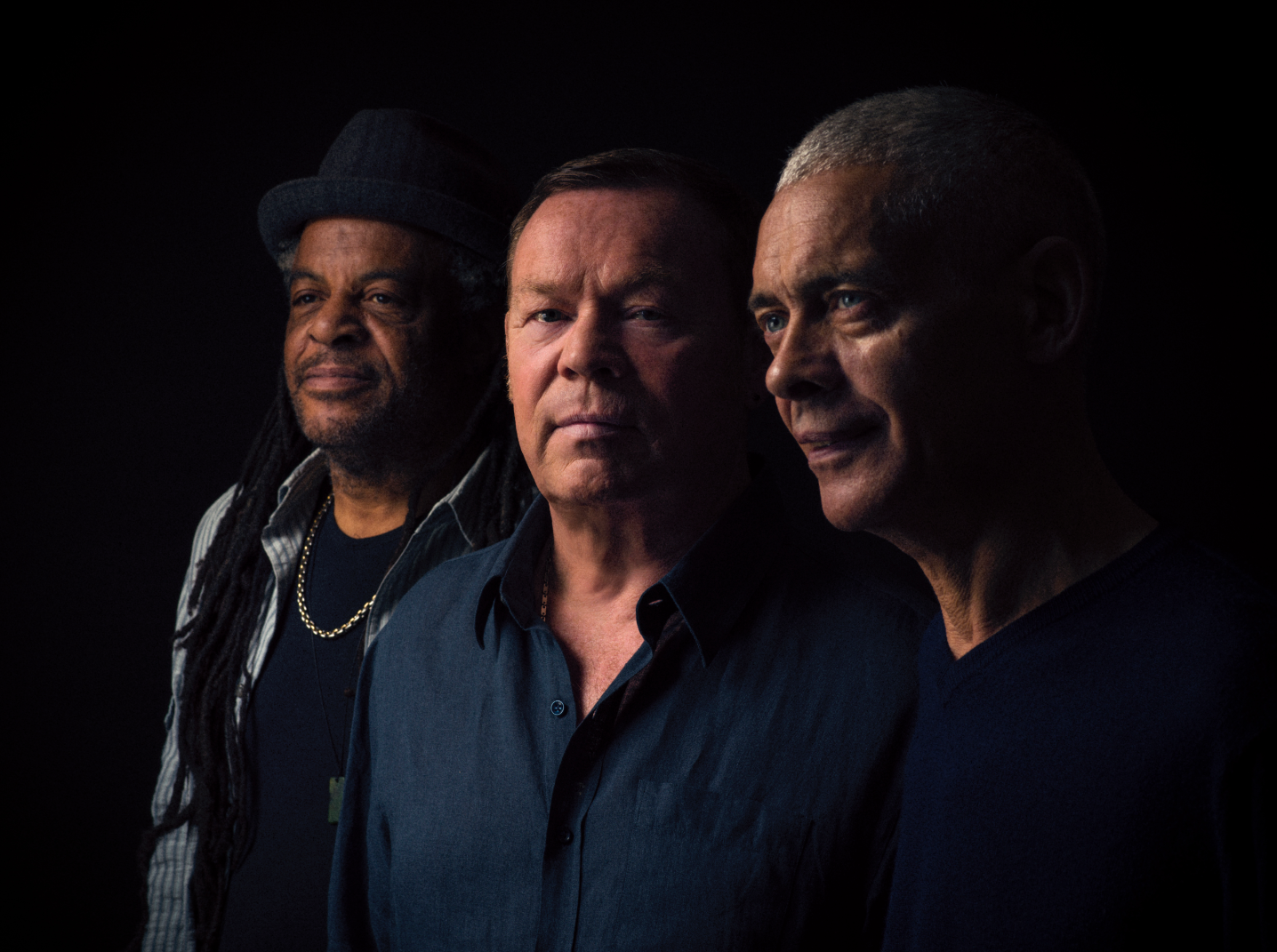 R: So during your time in music, and this is a tough question, do you have a favourite track that UB40 have played?

Going back to our forth album, I like “Close My Eyes”, the album version. The single version wasn’t very good because we were all out of our heads at the time [laughs] so that came out a bit dodgy, but we re-did it for the album and I just love the lyrics, its about not giving up and standing up for yourself.

R: My last question is that I’ve heard you actually have on sale, your own brand of UB40 “Red, Red Wine”?

Oh absolutely! Go onto our website and sort yourself a bottle out, perfect for Valentine’s Day or Mother’s Day in March. You should go out and buy ‘She Loves Me Now’ the new single… and a bottle of our “Red Red Wine”.

It’s a Bordeaux Superior, it’s a beautiful bottle of wine as it happens, and it’s been really successful.

Well in that case, I’ll put some hints in then…

You do that girl!

I will! Well thank you so much for your time Ali and best of luck with everything to come.www.ub40.org.