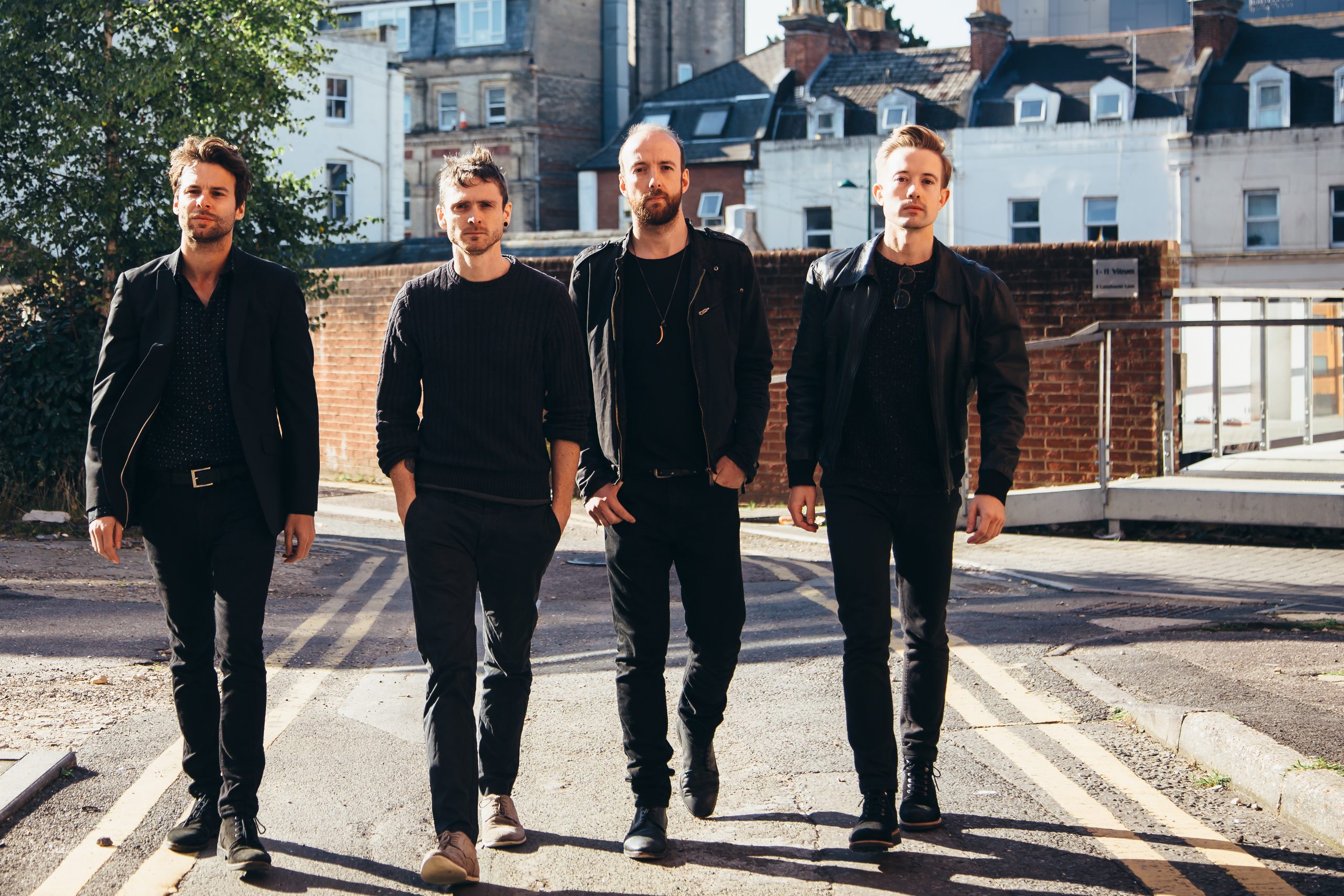 Debut album ‘Fractured Life’ earned the band a cult following and critical acclaim from NME, The Fader and The Sunday Times who called it “an often mentioned, rarely sighted thing: an emotional rollercoaster ride, get on it. 5/5”.

Closing 2017 with a brand new single, their first in 10 years, and the promise of more material to follow, this Bournemouth UK based four-piece may go on to sound-track the lives of a whole new generation.

New single ‘Almost Human’, released off the back of a sold out European tour in-cluding dates at London Scala and Islington Assembly Hall and was co-written and produced by James Earp (Lewis Capaldi – Bruises).

The band have recently signed a new deal and will announce a series of key dates in April 2018 to support the new single including a hometown show in Bournemouth (Thursday 12 April), London KOKO (Friday 13 April) and Brussels Ancienne Bel-gique (Sat/Sun 14/15 April).

Chris Wall, lead singer, speaks to Rachel Ducker about their come back and new tour.

R: Hey Chris how are you today?

R: So, I remember Air Traffic coming onto the music scene back in 2003, how did the band form?

Wow, a long time ago… we were in the sixth form when we started the band, at the time I played in a few different bands and I was asked to join the guys.

We were outrageously optimistic, now I think about it! Maybe because of that optimism we got signed and the whole plan came together as we wanted it to.

R: How did you decide on the name ‘Air Traffic’?

When we were practicing in Bournemouth the place was on the airfield, and we used to get a lot of interference.

We didn’t really like the name to begin with, but I think it just stuck. The intention was that it was a placeholder name, but then it became ‘the’ name and after ten shows it was ours.

R: Where you always musical as a child?

Music has always been a big part of my life; I started playing the piano when I was about three, or something stupid.

No, not like sheet music. I didn’t reach the academic side until I was in my mid-teens, basically at my parent’s request, they were like “look you’re good at this why don’t you formalize the fact that your good at it and get your grades,” so I was like “ok” [laughs] I also had a violin as a kid, a saxophone, we all make mistakes [laughs]!

R: Yeah, my dad took up the saxophone a few years ago; it didn’t create a harmonious atmosphere in the family home I have to say!

Well, yeah, when I think back, I wonder why I didn’t play any of the other instruments out there? 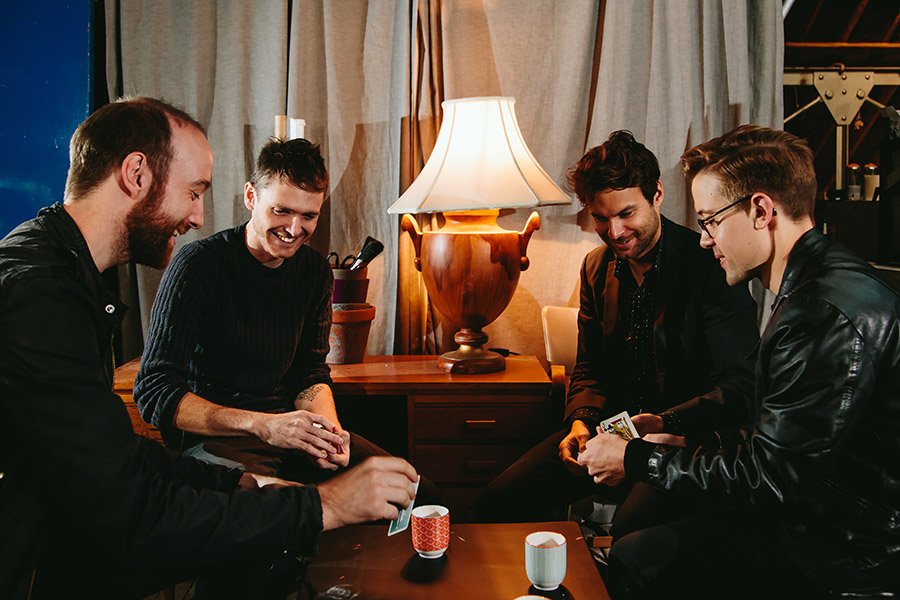 I didn’t really listen to that much music, I listened to lots of weird things like musical theatre and classical music, or one or two really big bands at the time like ‘The Bangles’. My dad had a lot of Simon and Garfunkel records so I was hooked on them. I found Muse and Radiohead when I was about 18, that is a bit too old to admit to really.

R: Well that’s fine, I found Air Traffic when I was that age! I actually came to one of your gigs in Tunbridge Wells, back in the day, so I was extremely excited to here you were back on the scene, what sparked that decision?

I got an email from David, who was the original drummer in Air Traffic. We stopped shortly after her left to do other things. We tried to carry on for a bit but it just didn’t happen. So, in this email he asked if we wanted to celebrate the fact it had been ten years, we didn’t talk to each other for a long time, not for any reason but we spent years of living on top of one another and you just need space. So we agreed to do a show to leave a good taste in our mouths, as it wasn’t a good feeling when it all ended.

R: Well I guess you’d had so much success that every high has the risk of hitting a low?

Yeah, at the time it didn’t feel like there was any way back from it really? So, yeah there’s going to be a few shows. We all met up again and it did exactly what it was meant to, it did feel good, and I’m loving every minute actually.

R: In the most respectful of ways, do you feel a little older and wiser this time round?

[laughs] I feel a lot older and a little bit wiser, but I would rather be a little bit older and a lot more wiser [laughs] – you can’t have everything can you. This time round we are not worrying about every single detail, which I think you do as a young adult more so? Certainly because it was our careers back then, this now feels like something extra curricular at this point. 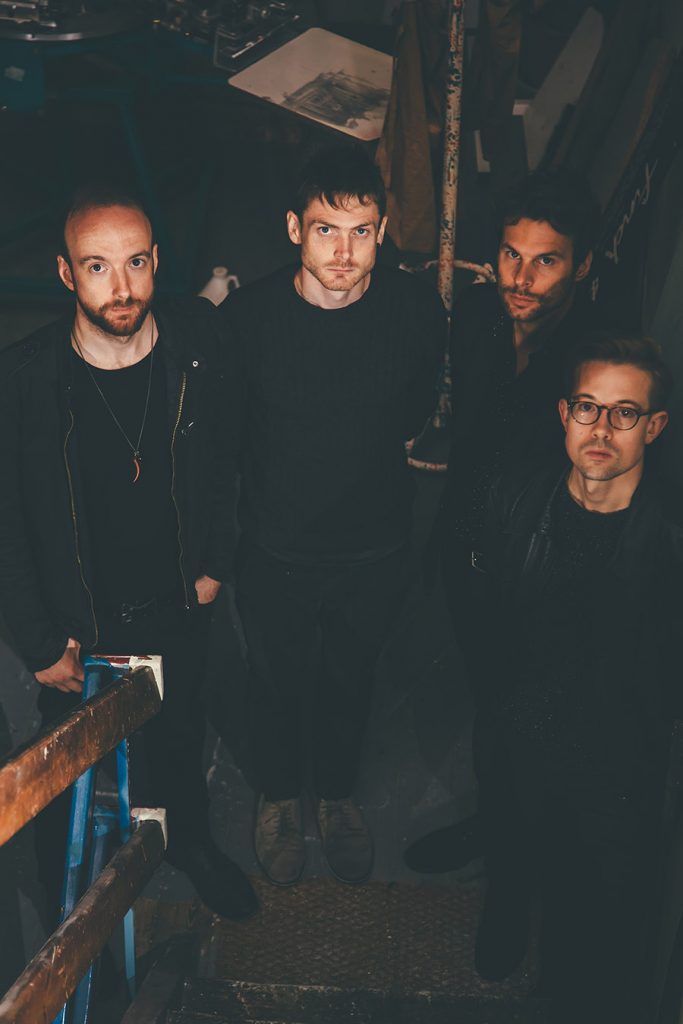 R: Do you have a favourite track you enjoy playing live?

Typically, on stage the tracks people like singing along to, so ‘Shooting Star’ and ‘Charlotte’. Weirdly this time round now time has passed tracks like ‘I Can’t Understand’ has been really popular.

R: I love that song! I went through a phase of playing that on loop.

I actually used to hate playing it, but this time round I really enjoy it!

R: What’s been the highlight of your career so far?

Oh, that’s a good question! Well this tour has been a bit of a highlight if I am honest as it celebrates what we have done. Obviously things like appearing on Jools Holland and stuff was great, playing big festivals and travelling. Travel is a constant highlight of being a musician.

R: Your new single ‘Almost Human’ is now out, what can you tell us about that is it the Air Traffic sound we know and love?

The song was a bit of a punt; we went into a session with our producer and came out with this song. We are all a bit older so is it going sound like our old stuff?

R: You have a tour starting in April 2018, is there anywhere in particular you are looking forward to playing?

Watch this space really. No one is in a mad hurry to do anything; we all have busy lives and families, so there is more in the pipeline, I don’t know when. It’s a work in progress; the Coco show is the thing we are most excited about at the moment.

R: Thanks so much for your time Chris; it’s been a pleasure to speak to you and best of luck with the single and tour. Now I am told I was the first person to interview you guys on your comeback!

Yeah you are that’s true, you got the first exclusive!

R: I am hugely flattered!

It’s been fun thank you!