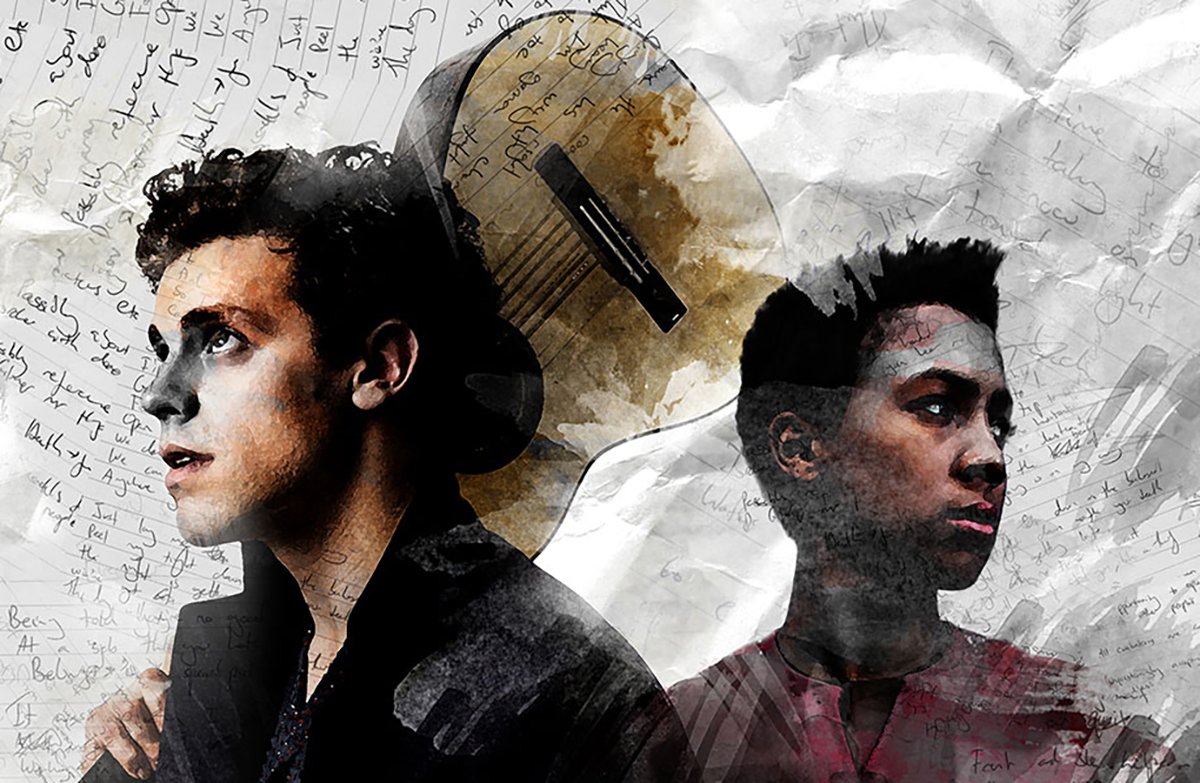 Former Noah & The Whale frontman and songwriter CHARLIE FINK is unveiling his new double a-side single today – Anywhere & My Heartbeat Lost It’s Rhythm. The double a-side follows on from his debut solo album ‘Cover My Tracks’ that was released in June 2017 to critical acclaim. You can listen to the new singles HERE.

Fink’s solo debut was transformed into a theatrical production of the same name last summer, with a script by the award-winning playwright David Greig and performed at one of London’s most prestigious venues; The Old Vic Theatre.

Evolving from the theatrical performances on stage, new single ‘Anywhere’ is Fink’s fresh interpretation of solo album track ‘Anywhere You’re Going, Is On My Way’.

Originally a folk tinged, delicate offering, Fink has completely re-invented the track that is now presented with 80s electronic beats and driven synth lines, escalating the song to new heights and underpinning the versatility of Fink as a songwriter.

Never officially released, ‘My Heartbeat Lost It’s Rhythm’“was recorded in 2015 and was shared in a few deep, dark corners of the web at the time but will now be available for the first time” explains Fink. It perfectly complements ‘Anywhere’ by following a kindred flair for electronica and soaring synth-pop choruses, creating a flattering new double a-side from this creative British talent.

Rachel Ducker speaks to Charlie about his new singles out now…

R: Hi Charlie – how are you today?

Great thanks… and you?

So almost a year on from ‘Cover My Tracks’, which we spoke to you about and reviewed last year, what were your highlights from the theatrical shows and release of the album?

I think there were a lot of good times, I really enjoyed the Stornoway Festival in Ireland, it was a beautiful place to be and it was a nice fit for the show. I’m trying to trigger my memory to go back a year…

For me it was a challenge as it was something that I had never done before, I always find the things that you find hardest are ultimately the most rewarding so it was a pleasurable challenge.

R: We came to see you perform at The Apex

R: I was captivated with the story because I had never personally been to see a piece of theatre before which had such an intense storyline, brought to life by the music and the lyrics. Do you have any plans to go down this route again?

Definitely, I think for me I feel more at home in the theatre world than in the pop / alternative music world, and right now that’s where my focus is.

At the moment I am writing the music for a new production of ‘As You Like It’, which is happening in Regents Park in July. I just enjoy the exciting mix of people in theatre.

Its nice that when you finish a project in theatre, its main life is on the stage in front of people, whereas with music, there is something quite odd now, as when you put all of this love and work into an album, you then put it online and its amongst everything else online.

So the idea that having something within a community that brings people together existing in a room rather than part of something massive that’s stuck on the Internet, is more of an exciting thing to do.

Its sort of actually what the story of ‘Cover My Tracks’ there is a guy struggling in a time where you can listen to any piece of music whenever you want, and when everything has already been done how do you do something that’s unique? Theatre still has a place for you to do that, as music exists in the moment.

R: I think there is something a bit more personal and watching a performance and really feeling it as apposed to just listening to it. When I listened to the audio version of ‘Cover My Tracks’, I thought it was great, but to watch it live I felt the emotions and really felt the lyrics so I agree it’s a completely different experience. I think you achieved what you set out to do with ‘Cover My Tracks’.

One of my next questions was would you have done anything differently with ‘Cover My Tracks’ looking back? However, you have just released your new single ‘Anywhere’ which is an evolvement of ‘Anywhere You’re Going Is On My Way’ and if I remember correctly, when I came to watch the show this was the more upbeat version that we heard as apposed to the album, so how did that evolve?

I guess one of the things I learnt doing ‘Cover My Tracks’ was that in a piece of theatre, probably more so than an album, tempo and energy are good things to have, so if you’re sitting there watching something for an hour or so, you sort of what the energy to change and the mood to shift, where as I find often with an album, I like certain songs that keep me in the same place, like Neil Young albums, you feel like your in the same tempo and mood the whole way through.

So for theatre, you want a good mix, so we decided that was the moment it could get upbeat and euphoric so we made a version for the show, and it wasn’t that I think one or the other was the better version, it was just fun to hear it in that way.

So a guy called Dan, created a campaign to get the first two Noah and the Whale albums out on vinyl, which happened a few weeks ago, which is amazing, so I thought this was a good time to clear out the archives and that’s how it ended up.

R: I love the 80s vibe running through ‘Anywhere’

R: As you’re very well known for your folk sounds? What inspired the influence?

I guess, during my time in Noah and the Whale I played around with influences from Tom Petty and Bruce Springsteen, they are very big influences on me, if you combine some of the sounds this is where the sound has come from.

R: You recorded ‘My Heartbeat Lost It’s Rhythm’ on the new A-Side in 2015, what work have you done on the track to get this ready for release?

It was around the time we were finishing with Noah and the Whale, its just a song that I liked and it was put on YouTube and a couple of places – it was never released anywhere else and I thought it had a complimentary sound to ‘Anywhere’ so it seemed like a good time to do it.

Its been a great pleasure, as everything with Noah and the Whale had a huge build up, because there was five of us the stakes where higher, but I am enjoying now to put stuff out as and when I want.

R: I guess it’s more enjoyable for you as an artist to have that creative freedom?

R: What else do you have planned for the next few months?

The next thing is ‘As You Like It’, which is happening in Regent Park and then The Lorax is on tour in San Diego at the moment, and then just writing really with more theatres and then hopefully I’ll make my way back on the road at some point, with another piece of theatre.

R: Well I will look forward to that.

Thanks for your time, it was lovely to talk to you again Charlie and keep doing what you’re doing!

Thanks so last time we spoke you were getting married?

R: Yeah, I am officially off work at the moment… well technically… but yeah I get married two weeks tomorrow.

R: It’s been a full time job, but I am looking forward to the day now.

Well good luck with it and thanks very much for chatting to me.

R: Thanks for your time.